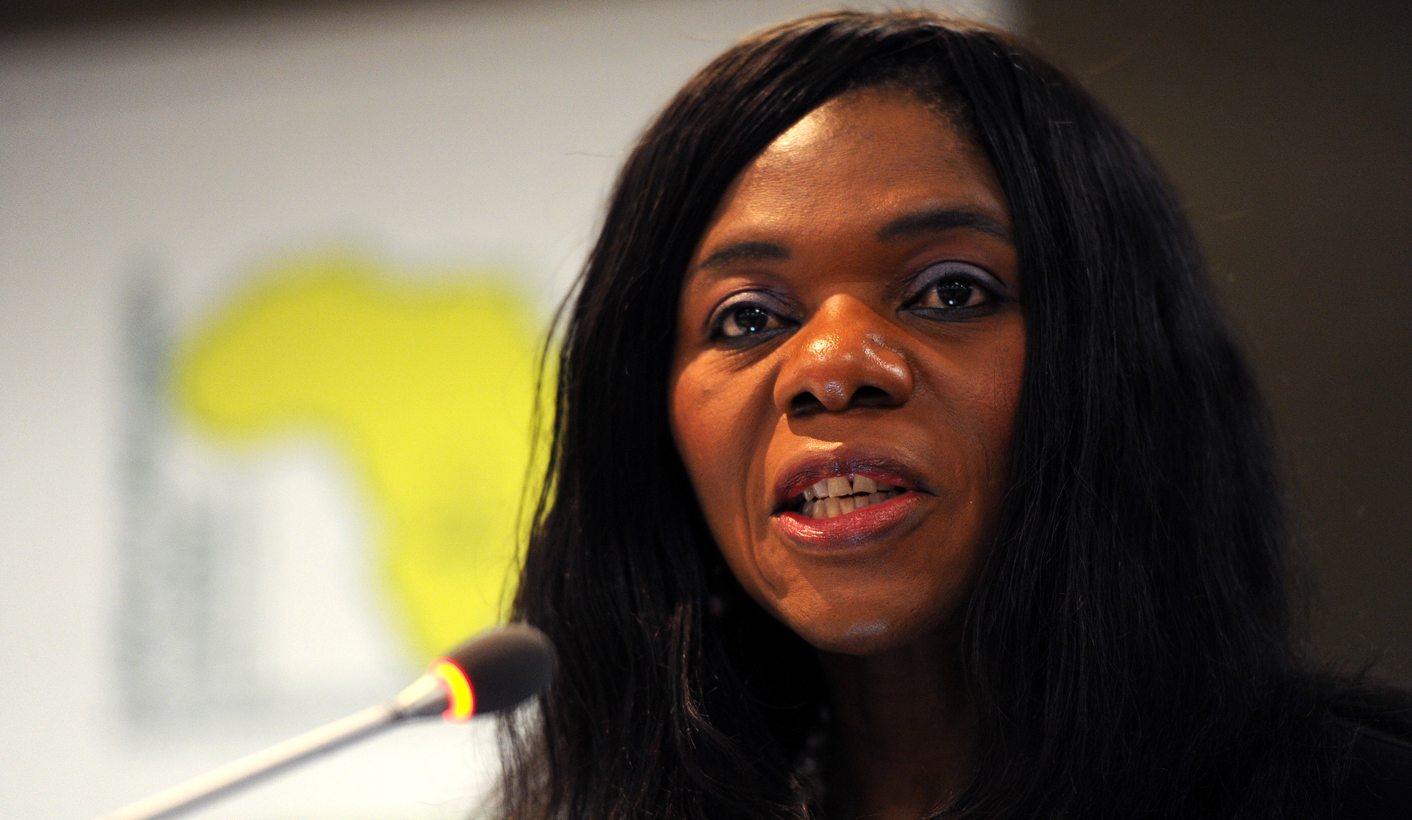 The ANC recently announced an end to its investigation into “state capture”, which was over shortly after it began, and advised complainants to speak to the relevant authorities. One such investigator, Public Protector Thuli Madonsela, on Tuesday said she needs additional funds to investigate the Gupta family’s relationship with the state. Given her repeated requests for budget increases, this one seems unlikely to be met, especially as it could implicate president Zuma. By GREG NICOLSON.

According to reports on Tuesday, Thuli Madonsela, speaking in Sandton, confirmed that the Office of the Public Protector was investigating claims that the Gupta family had unlawfully offered Cabinet posts and that the state had unlawfully given contracts to the family’s businesses, but she said additional funds would be required to complete the investigation.

Allegations that the Gupta family has used its close relationship with President Jacob Zuma to its financial benefit have increased in recent years, with the most startling allegations emerging in March as Deputy Finance Minister Mcebisi Jonas said the family offered him the job of finance minister. Former ANC MP Vytjie Mentor made a similar claim while former Government Communications Information System (GCIS) head Themba Maseko has said he experienced the improper relationship between the family and the president.

On Tuesday, Mandonsela said her office would look at “whether or not the government of South Africa and specifically the president unlawfully allowed the Gupta family to choose ministers and other occupants of high office” and whether there had been “unlawful awarding of government contracts and licences to the Gupta businesses”.

The investigation comes after complaints to the Public Protector from Catholic organisation the Dominican Order and the Democratic Alliance (DA). The Dominican Order asked for an investigation into whether Jonas and Mentor had been offered jobs on the condition that they use the positions to benefit the Guptas, whether during Des van Rooyen’s days as finance minister advisers were irregularly appointed to Treasury, and whether the state has unduly enriched the Gupta family in its allocation of contracts. The DA’s request included similar claims, also asking Madonsela to investigate Zuma’s potential violation of the Executive Members’ Ethics Act.

Madonsela hasn’t detailed the funds required for such an investigation, but it’s no surprise she is pushing for more resources. Appearing in front of Parliament, she has repeatedly called for significant increases to her office’s budget, which has only received slight increases. When presenting her office’s R263-million budget this year, she requested an extra R30-million but noted she could use many millions more for training, improving investigative capacity, maintaining regional offices and improving the Public Protector’s case management system. Yearly, the Public Protector receives over 20,000 complaints. Due to staffing issues, Madonsela said, 5,000 cases in 2014 had to be carried over to 2015 because the office couldn’t keep up with demand.

Madonsela, who will leave her position in October, hasn’t outlined how she will lobby for additional funding to balance the investigation into the Gupta family with the many cases her office continues to look into. It’s unlikely she’ll get any support from the majority in the National Assembly.

Her most recent encounter with MPs, after the Constitutional Court upheld her Nkandla report, was more positive than in the past, but it’s hard to imagine Madonesela, who has regularly been accused by ANC MPs of being aligned to the DA, and has been accused of being a CIA spy, both claims seemingly trying to smear her after the investigation into upgrades at the president’s home, would be granted a budget increase for an investigation into whether Zuma has given some of his powers to the Gupta family or whether the well-connected family has received undue state contracts.

While Madonsela won the Nkandla battle, she was under continous attack, and an investigation into the president’s relationship with the Guptas could have serious implications. Unless there is a significant political change, her office will most likely have to scrape by with what it has. Those against the investigation are probably hoping Madonsela’s successor lacks the same determination.

While the ANC promised to look into allegations of state capture, it came to nothing.

Last week, ANC Secretary-General Gwede Mantashe encouraged party members with allegations to go to the relevant authorities, such as the Office of the Public Protector. After the revelation that Jonas was offered the position of finance minister by the Gupta family, the ANC said it would investigate “state capture” and asked members with allegations to approach Mantashe’s office. After only one of eight people who came forward were prepared to write written statements, the other seven fearing the consequences of speaking out, the ANC would continue to look at the issue of state capture, said Mantashe, but its fact finding mission regarding the Guptas had failed.

Speaking this week on eNCA’s Justice Factor, however, Deputy Finance Minister Jonas, whose confirmation that the Guptas offered him a ministerial position has haunted the ANC and Zuma, said state capture is a “strong problem” for South Africa, as in other countries. While Maseko has confirmed he made the only written submission to the ANC’s investigation, Jonas claimed he has made his views heard. Speaking to host Justice Malala, Jonas said:

“Look, I mean, Justice, I made my position public so it was a written statement so to say that I didn’t make my view public is really not correct. I made my views public on the matter.”

Not only did Jonas make a public statement that the Guptas offered him a job, but he has expanded on the issue of state capture in an article. It wasn’t enough for the ANC, which wants to outsource the issue to state institutions. Arguably, the last of those institutions not captured is the Office of the Public Protector. Even if Madonsela manages to find the funds to investigate the Gupta family’s relationship with the state, such a probe could take time and it’s unclear whether Madonsela’s successor will have either the funds or the stomach to see it to completion. DM