Legends of the Fall: Is the true ANC exiled to the political wilderness? 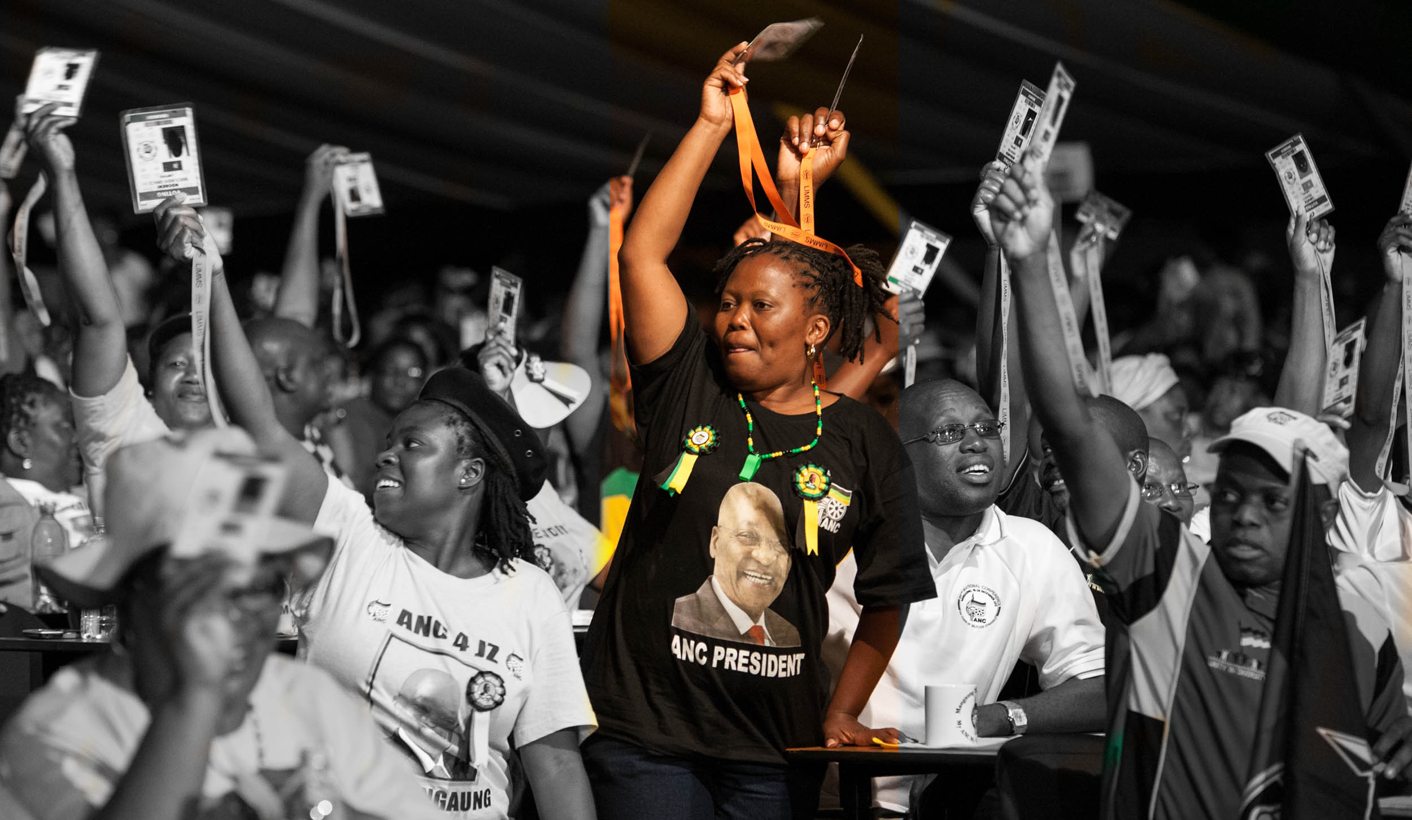 The build-up to August’s local government elections has been marred by disputes and violence over the ANC’s candidate lists. Those who have been left off, and their supporters, are disgruntled and some are opting to stand as independent candidates in the election. They will join a massive group of people who now exist on the fringes of the ANC, including those who were on the losing side of factional battles, those thrown out of government and veterans who keep their distance from the party leadership. What will become of this growing community of outcasts? By RANJENI MUNUSAMY.

In February 2009, a frail Nelson Mandela appeared at an ANC campaign rally in the Eastern Cape. There was some controversy afterwards as Mandela, 90 at the time, was clearly unwell. He struggled to climb the stairs on to the stage and though he occasionally flashed his winning smile, he was visibly strained. The ANC denied that they had “paraded” the former president as a campaign stunt ahead of the April 2009 poll, saying Mandela had asked to attend. Mandela had always made it known that he was committed to the ANC and often joked that when he died, he would “join the nearest branch of the ANC in heaven”.

Former presidents Thabo Mbeki and Kgalema Motlanthe, who served as president and deputy president of the ANC respectively, have not played an active role in ANC campaigns after their retirement. Both of them lost ANC leadership elections to President Jacob Zuma and have withdrawn from party activities. While Motlanthe does attend ANC meetings, Mbeki rarely does. After serving in such high leadership positions, one would expect that they, like Mandela, would be drawcards on the campaign trail, affirming those who took the reins after them.

At the ANC’s 52nd national conference in Polokwane in 2007, many senior ANC leaders who were in the Mbeki camp did not make it on to the national executive committee (NEC) because people voted according to slates. Some of these people retired from active politics while others joined the walkout from the ANC when the Congress of the People (Cope) was formed in 2008. Some returned to the ANC when Cope began unravelling while others faded off the political scene.

There was a similar outcome after the ANC’s 53rd national conference in Mangaung in 2012, with those running the “Anyone but Zuma” campaign purged from the NEC. This included Gauteng ANC chairman Paul Mashatile and then candidate for the position of secretary-general Fikile Mbalula. Mbalula has clawed his way back into the NEC, even though he was not directly elected, by affirming his loyalty to the Zuma camp. Mashatile remains in the NEC through his chairmanship of the province.

They are among the few survivors of the post-conference cull.

In Limpopo, the former chairman Cassel Mathale, who was among those who had campaigned for Motlanthe to be elected ANC president instead of Zuma, lost his premiership within seven months of the conference. His close relationship with Economic Freedom Fighters (EFF) leader Julius Malema led to further distrust from the ANC. He was dispatched to Parliament and has been relatively invisible since then.

One notable thing about ANC factional battles is that no senior leaders on the losing side defect to other opposition parties. When Bantu Holomisa was expelled in the mid-90s, he formed the United Democratic Movement. After Mbeki’s recall, Mosiuoa Lekota led those who were angered by the ANC decision to form the Cope breakaway. When Malema was expelled, he too decided to form his own party. The EFF has attracted many frustrated and disgruntled former ANC members but nobody who was in the senior leadership.

Former NEC member Ronnie Kasrils is among the few leaders who have campaigned against the ANC, first in his “No Vote” campaign in 2014 to his participation in the United Front civil society movement.

So where are all those who have fallen by the wayside?

The list of casualties in ANC factional battles is long and could have generated a mass coalition of the wounded. From ANC veterans like Max Sisulu, Ben Turok and Mavuso Msimang, who tried to distance themselves from the mob, to a contingent of struggle activists and former Umkhonto we Sizwe (MK) combatants who served in the state, there are a large number of political heavyweights who have become spectators of the current crisis in the party.

Most of them have opted to retire in silence but have become increasingly uncomfortable about the state of the ANC under Zuma’s leadership, particularly how the party handled the Nkandla fiasco. After the Constitutional Court ruled that Zuma had violated the Constitution, a number of people spoke out, including the foundations of ANC stalwarts Oliver and Adelaide Tambo, Nelson Mandela and Ahmed Kathrada, and a group of young ANC thoroughbreds born or raised in exile.

One particularly unexpected statement came from the former commanders of Umkhonto we Sizwe, including the former MK Chief of Staff and Chief of the South African National Defence Force Siphiwe Nyanda, calling their party to a special national conference to discuss the “many challenges facing the ANC”.

One person who has become increasingly critical of the ANC is the party’s former treasurer-general Mathews Phosa, who once had designs on the presidency. Phosa was thoroughly beaten when he competed for the position of ANC deputy president at the Mangaung conference, receiving only 470 votes while Cyril Ramaphosa got 3,018 votes. The other contender for the position, Tokyo Sexwale, received 463 votes and set his sights on the global footballing body Fifa instead.

But Phosa is the only former top six ANC leader giving running commentary on the party’s problems. In an interview with Eyewitness News this week, Phosa said it had been a mistake for the ANC to allow Holomisa, Lekota and Malema to leave. “[Julius] Malema is our political love child, the same as Cope, they are the ANC’s political love child. The ANC has learnt horrible lessons from these things. It has to be careful in future not to donate members into the wilderness, because they come back.”

Phosa has also been critical of the ANC’s handling of the Nkandla matter. “Parliament’s failure to act responsibly in that situation and do the right things when such pronouncements are made against the ANC, you ask yourself, ‘What happened to the ANC? Where is that ANC?’”

He said the ANC should have told Zuma to step down. “We are afraid to set an example at the highest level. We should have said to the president, ‘We are not a court of law, but you have made fundamental errors. You are the custodian of the Constitution and you have not protected it. Set an example. Walk away. Just go’.”

This week a new group of people will join the society of ANC outcasts. Those who were fired as MECs by the new KwaZulu-Natal Premier Willies Mchunu are likely to fade off the scene, leaving their disgruntled supporters dangling. The former premier Senzo Mchunu is resisting deployment to the National Assembly, obviously still angry about his unceremonious sacking.

The rebellion in several communities around the country over ANC local government candidate lists will also result in groups of people withdrawing from party structures. It remains to be seen whether this will affect voting patterns in the August poll.

Most senior ANC members who were culled in factional battles have opted to sit out the crisis and wait for the storm to pass. They believe that the ANC’s ability to self-correct will save the party. Some hope that once Zuma is no longer ANC leader, the party will regain its lost values and credibility, and they can proudly proclaim their membership again. But others believe that the ANC they knew is lost forever and the organisation is now beyond redemption.

It is remarkable that none of these people are opting to dive back in to attempt to rescue the party from its decline. Perhaps they believe that the Zuma camp, driven by the premier league faction, is too strong and not worth going up against. Perhaps they are still licking their wounds and not willing to be defeated again. Or perhaps they feel they have given enough of their lives to politics and have decided to wash their hands of the ANC’s demise.

In the current situation, it is quite possible that the true ANC is currently outside the ANC. With so many high pedigree leaders either disengaged or banished into the wilderness, the ANC has lost a substantial amount of institutional memory and people who can uphold the values and traditions that defined the organisation. Of course those who command the most support should rightly be in leadership positions. The problem though is that many who are in leadership positions do not act in the ANC or the country’s interests and are instead in hot pursuit of more power and wealth.

As the purges continue, the ANC continues to bleed its essence. What’s left is a shadow of a respected organisation that was once the stuff of legends. DM