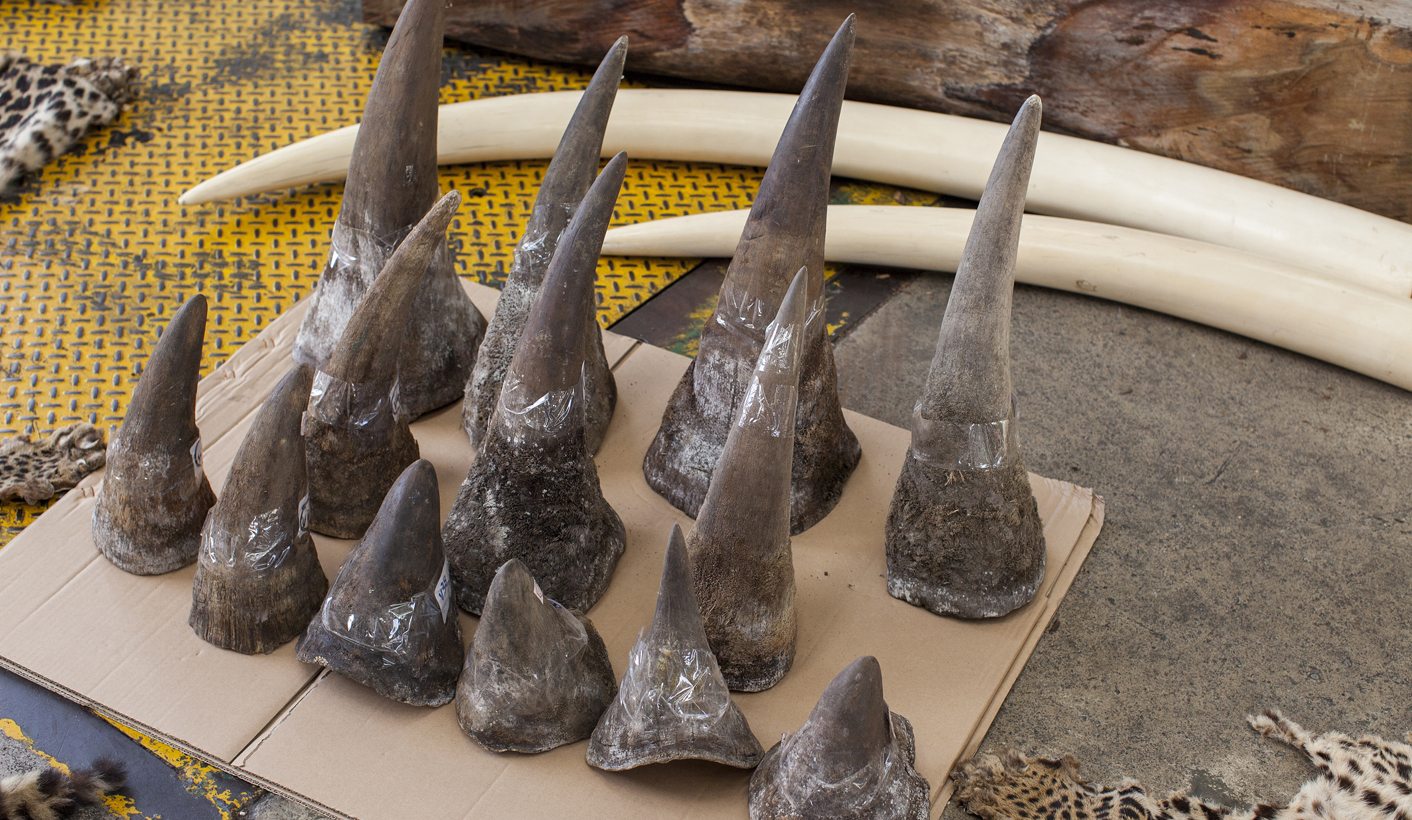 The value of environmental crime has soared globally, with devastating consequences, a new report has revealed. South Africa is no exception – and it’s not just the flora and fauna that are paying the price. By MARELISE VAN DER MERWE.

Two short years ago, in 2014, the value of environmental crime was estimated at between $70-billion and $213-billion. Ahead of World Environment Day on 5 June 2016, it hit a record high: according to a report by the United Nations Environmental Programme (UNEP) and Interpol, it was 26% higher this year, coming in at between $91-billion and $258-billion.

The report adds that the last decade has seen environmental crime rise by at least 5%-7% per annum. “This means that environmental crime – which includes the illegal trade in wildlife, corporate crime in the forestry sector, the illegal exploitation and sale of gold and other minerals, illegal fisheries, the trafficking of hazardous waste and carbon credit fraud – is growing two to three times faster than global GDP,” the authors said in a statement.

South Africa is seeing its share of environmental crime as well. Locally, about 200 rhino poachers have been arrested since January, and about 370 rhino were poached in the first quarter. The number of poached rhino had decreased slightly since the same period in 2015, although, News24 reported, “in terms of poaching incursions – which included attempted and thwarted attempts at poaching – the number increased by 28% to 1,038 in the first four months of this year at the Kruger National Park alone. The equivalent figure for last year was 808.”

As pressure has increased, the domestic trade of rhino horn was legalised in South Africa in May, in a controversial move that National Geographic described as “especially awkward for South Africa”. Just months before the CITES conference, the Supreme Court of Appeal rejected an appeal by the government to keep a ban on domestic trade in place.

“International trade in rhino horn has been banned since 1977 among the now 182 member countries of the Convention on International Trade in Endangered Species of Fauna and Flora (CITES), the body that governs international wildlife trade,” National Geographic explained. “But CITES covers trade between countries; it does not apply to trade within a country’s own borders.”

Poaching is just one aspect of eco-crime, however. Interpol Secretary-General Jürgen Stock, speaking of the broader issue, described the rate at which environmental crime was growing globally as “alarming”. It would require a major effort to combat, he added.

“Environmental crime is growing at an alarming pace. The complexity of this type of criminality requires a multisector response underpinned by collaboration across borders,” he said. “Through its global policing capabilities, Interpol is resolutely committed to working with its member countries to combat the organised crime networks active in environmental crime.”

“Money generated from the illegal exploitation of natural resources funds rebel groups, terrorist networks and international criminal cartels. In the last decade, for example, poachers have killed an average of 3,000 elephants per year in Tanzania. That’s an annual street market value for ivory traffickers of $10.5-million, an amount that is five times greater than the entire national budget of the country’s wildlife division,” the authors’ statement read.

UNEP Executive Director Achim Steiner said, “Interpol and UNEP have joined forces to bring to the attention of the world the sheer scale of environmental crime. The vast sums of money generated from these crimes keep sophisticated international criminal gangs in business, and fuel insecurity around the world.

“The result is not only devastating to the environment and local economies, but to all those who are menaced by these criminal enterprises. The world needs to come together now to take strong national and international action to bring environmental crime to an end.”

According to the report, environmental crime dwarfs the illegal trade in small arms, which is valued at about $3-billion. It is the world’s fourth-largest criminal enterprise after drug smuggling, counterfeiting and human trafficking. The amount of money lost due to environmental crime is 10,000 times greater than the amount of money spent by international agencies on combatting it – $20-million to $30-million.

To help combat the illegal trade in wildlife, the United Nations system and partners have launched the “Wild For Life” campaign, which draws on support from celebrities such as Gisele Bündchen, Yaya Touré and Neymar Jr “to mobilise millions to take action against poaching and the trafficking of illegal wildlife products”, according to its mission. But, says one of the report’s authors, there is a need for more than public awareness.

“As seen in Brazil, a fully co-ordinated crackdown across the full range, from consumer awareness and economic incentives to a heavy enforcement and prosecution, could reduce deforestation by 76% in just five years,” he said.

“Enforcement efforts were by far the most important component. But this requires unity of command and unity of efforts. Organised crime does not simply disappear through awareness raising.”

A crucial problem is that environmental crime is growing so quickly due to the rate at which organised crime is diversifying. Engagement in tax fraud and corporate crimes, such as in the forestry sector, also plays a role, says Nellemann. “Large-scale laundering of illegally cut wild tropical wood through plantation fronts and shell companies enable white-collar criminals to obtain wood at greatly reduced prices and sell these mixed with legal wood or especially funnel this through pulp and paper companies,” he explains. Over 80% of illegal tropical wood entering the EU and US comes in the form of paper, says Nellemann.

The report recommends strong action, legislation and sanctions at the national and international level, including measures targeted at disrupting overseas tax havens; an increase in financial support commensurate with the serious threat that environmental crime poses to sustainable development, and economic incentives and alternative livelihoods for those at the bottom of the environmental crime chain.

UNEP and Interpol say the environment is not the only casualty of environmental crime.

“Transnational organised criminal networks are using environmental crime to launder drug money. Illegal gold mining in Colombia, for example, is now considered one of the easiest ways to launder money from the country’s drug trade,” the authors said.

Additionally, they explained, criminal networks linked to conflict in the DRC spent a percentage of their proceeds to fund nearly 50 rebel groups. The UN estimates that the illegal exploitation of natural resources in the eastern DRC could be valued at as much as $860-million annually. White collar environmental crime, meanwhile, is linked to crimes as diverse as transfer mispricing, hacking and identity theft.

It will probably take some time before the necessary policies and systems Nellemann describes can be put in place. In the meantime, Wild for Life is focusing on seeking support for its cause, which is to support the 2030 Sustainable Development Goals, one pledge at a time.

“This [illegal] trade thrives on ignorance, indifference and turning a blind eye to the laws that govern it,” its website states. “But the more we know, the more we can see how our decisions have a major impact on wildlife, people and the planet.” DM