ICG: The Challenge of Military Reform in Nigeria 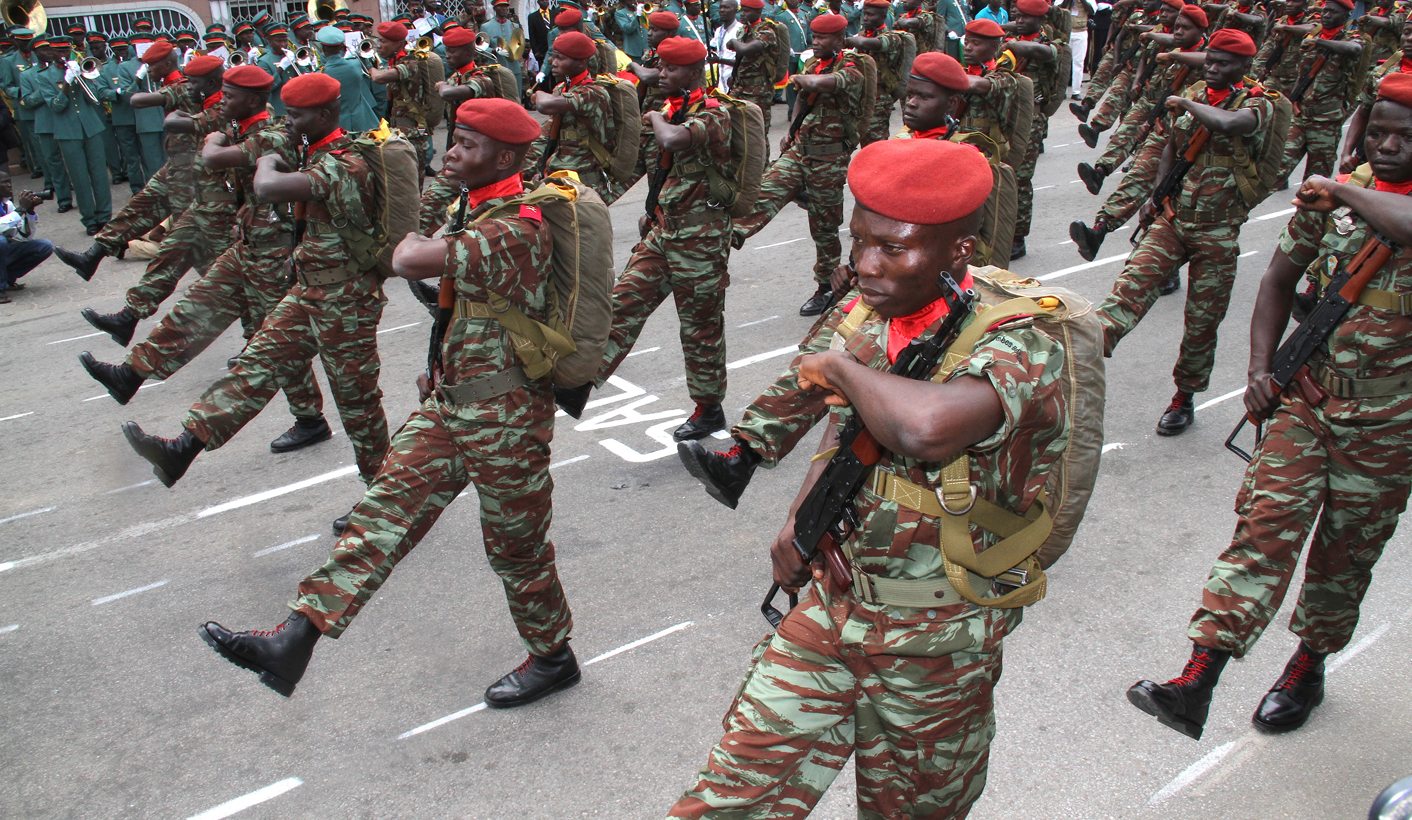 Nigeria’s military is in distress. Once among Africa’s strongest and a mainstay of regional peacekeeping, it has become a flawed force. Executive summary and recommendations by INTERNATIONAL CRISIS GROUP.

The initially slow, heavy-handed response in Nigeria to the Islamist Boko Haram insurgency raised serious concerns, and its human rights record underscores a grave disconnect with civilians. President Muhammadu Buhari has taken some steps to reverse the decline and has recorded significant gains against Boko Haram, but ongoing prosecution of former chiefs for graft have further deepened the military’s reputation as poorly governed and corrupt. The government and military chiefs, working with the National Assembly, civil society and international partners, need to do much more: implement comprehensive defence sector reform, including clear identification of security challenges; a new defence and security policy and structure to address them; and drastic improvement in leadership, oversight, administration and accountability across the sector.

The decline began during 33 years of military dictatorship that took a serious toll on professionalism, operational effectiveness and accountability. Return to democratic rule in 1999 raised hopes the institution could be restored, but successive civilian governments’ pledges of much-needed reforms proved largely rhetorical. Presidents, defence ministry and parliament lacked the commitment and expertise to implement significant changes. They left the military badly governed, under-resourced and virtually adrift. Administration and accountability deteriorated throughout the sector. Poor, indeed lacking senior leadership has been compounded by equally poor legislative oversight and defence headquarters coordination and planning.

Until recently, the military was under-resourced, with comparatively low budgets, disbursed irregularly and unpredictably. From 2000 to 2008, its budget was less than 3% of overall government expenditure. From 2009 to 2014, it increased to an average of 7.2% of government spending ($5-$6-billion); but, as in the past, this was still allocated disproportionately to recurrent expenditures, leaving very little for crucial capital investment.

For a country of over 170-million people, facing several security challenges – from an Islamist insurgency in the north-east to a resource-based conflict in the Niger Delta – a military numbering less than 120,000 personnel (all services) is clearly inadequate. Under-staffing reflects poor planning and a dubious recruitment system, but also is further aggravated by over-stretch induced by deployments in more than two dozen internal security operations. Training institutions are short of facilities and instructors, lack training modules, and because they are largely focused on conventional operations, somewhat outdated. Personnel are undermotivated due to low pay, poor welfare services and bleak post-service prospects.

The military’s poor human rights record has had a debilitating impact on effectiveness. Serious abuse of civilian communities, from the Ogoni (in the mid-1990s) to Odi (1999) and Zaki Biam (2001), and more recent extrajudicial killings, mostly in the context of countering militant and separatist groups from Boko Haram and the Islamic Movement of Nigeria (IMN) to the Indigenous People of Biafra (IPOB), have alienated citizens, whose cooperation is crucial for successful internal security operations.

The cumulative effect is a military deeply challenged in its primary function of defending the country and its citizens. It has been able to reverse Boko Haram’s advance since early 2015 only with help from the forces of Nigeria’s poorer neighbours and support from foreign technicians and mercenaries.

Since assuming office in May 2015, President Buhari has appointed new and more competent service chiefs, relocated the military command centre dedicated to the fight against Boko Haram to the north-east and probed past weapons procurement. These actions have had salutary effects, but the benefits will be short-lived unless they are followed by formulation and implementation of a comprehensive reform program that encompasses the entire defence management spectrum, including leadership, oversight and administration. Failure to implement such reforms would leave the military distressed and Nigerians vulnerable to the current and future security challenges.

To reform the military

To President Muhammadu Buhari and the Nigerian government:

1. Commit to formulate and implement comprehensive defence sector reform which would include:

a) Initiating public and expert dialogues to analyse and agree on the security and defence challenges and lead to initiation of a comprehensive defence sector reform program that clearly identifies those challenges;

b) Developing a new defence and security policy and structure to address them; and

3. Improve funding of the military by:

a) Ensuring that at least 80% of all money from participation in peacekeeping operations is invested in the armed forces;

4. Improve local production of basic military items, particularly by creating an investor-friendly environment and encouraging private sector investment in defence-related industries, while winding down the Defence Industries Corporation of Nigeria (DICON), which has proven to be a white elephant.

6. Strengthen, through a stronger mandate and better resourcing, the capacity of the National Human Rights Commission (NHRC) to investigate and report violations by military units and personnel.

To the National Assembly:

7. Carry out appropriation and oversight responsibilities more effectively by:

a) Improving the expertise of members and committee staff on security matters, through better training and exchanges with similar committees in the parliaments of more developed democracies;

b) Scrutinising military leadership nominees more thoroughly to ensure that only competent officers are appointed to head the defence ministry and the services;

c) Organising public and expert hearings on formulation of a comprehensive military reform program, including a new, more relevant national defence policy; and

d) Conducting oversight visits to military establishments more diligently to add value to the defence establishment as a whole and administration of the armed forces in particular.

To the defence ministry:

8. Improve administrative capacity, including by organising more training for civilian staff in such areas as procurement management, project monitoring and evaluation and operation of payroll systems, as well as accounting and auditing.

To the defence headquarters and the services:

To Nigeria’s military and development partners:

11. Persuade the federal government on the need for deep, comprehensive and sustained military reform, including by providing relevant assistance, the flow of which is dependent on genuine steps and benchmarked progress.

12. Support the Economic and Financial Crimes Commission (EFCC) and the National Human Rights Commission (NHRC) by offering training, equipment and other aid that boosts their capacity to monitor, investigate and prosecute corruption and human rights abuse in the defence sector more effectively. DM

Photo: Members of the Army take part in a military parade marking the country’s 55th independence anniversary during the visit of Nigerian President Muhammadu Buhari (not pictured) in Cotonouh, Benin, 01 August 2015. The Nigerian President is on a one day visit to the Benin to discuss the regional fight against Boko Haram. Benin, forms part of a multinational joint taskforce against Boko Haram was due to be launched officially at the end of July 2015. EPA/NOEL KOKOU TADEGNON