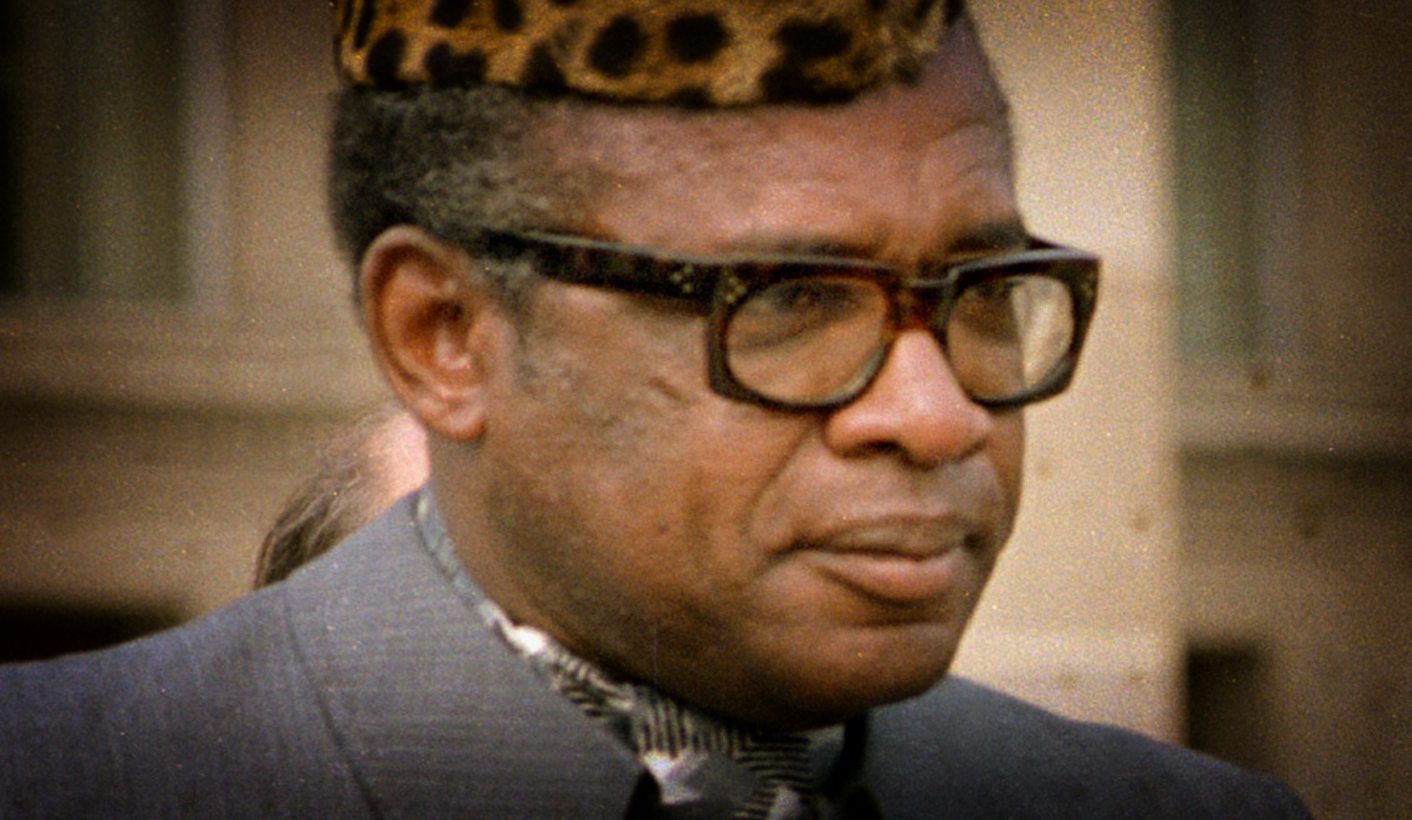 Switzerland is casting light into its bank vaults, and shaking off the stereotype of being a safe haven for stolen money and other ill-gotten gains. By PETER FABRICIUS for ISS TODAY.

It irritates Valentin Zellweger enormously that “no longer than six minutes into any James Bond movie, a sleazy Swiss banker still appears”.

He’s probably referring especially to Mr Lachaise, the nasty Swiss banker and financier of terrorists and crooks in The World is Not Enough. At one point Lachaise says to Bond, “I’m just trying to return the money to its rightful owner.” To which Bond replies: “And we know how hard that is for a Swiss banker.”

Such stock characters (another is Mendel from Casino Royale) only serve to reinforce the public stereotype of Switzerland as a safe haven for stolen money and other ill-gotten gains, Zellweger complains.

That stereotype is now something of an anachronism, insists Zellweger, Director General of Public International Law and Legal Advisor of the Swiss Foreign Ministry. He says his country is now indeed at the forefront of international efforts to recover and return such loot, and to cast light into its bank vaults.

He was speaking at the South African Institute of International Affairs (SAIIA) this week in a discussion titled “The Panama lessons: how to effectively fight corruption and return funds.” The other panellist was David Lewis, head of the South African NGO, Corruption Watch.

The Panama Papers are the trove of more than 11.5-million documents held by the Panamanian law firm Mossack Fonseca containing information about the offshore, secret bank accounts and transactions of hundreds of thousands of the firm’s clients. The documents were leaked to journalists in April, prompting many national governments – including South Africa’s – to start investigating those who had been exposed, for tax evasion and other offences. More revelations are expected soon as the Panama Papers become more accessible electronically.

Zellweger said the world was becoming tougher for the corrupt. Twenty years ago, bribes were tax deductible for companies in Switzerland and many other countries. Now they were illegal. The release of the Panama Papers had also illustrated how difficult it was to hide dirty money today when so much information could be moved electronically. But it was still difficult to recover stolen assets, Zellweger said.

Africans at the discussion criticised Switzerland and other European financial centres for failing to do more to return the money stolen from the continent by corrupt leaders, and stashed in their banks. Zellweger said they were helpless without the legal co-operation of the governments in the countries where the money came from.

Which was not always forthcoming, surprisingly.

He gave two contrasting examples to illustrate his point. The first was Switzerland’s success in recovering and returning $800-million, which the notoriously corrupt Nigerian military dictator Sani Abacha stashed away in Swiss bank accounts during the 1990s. Zellweger said after Abacha’s death in 1998, the new Nigerian government gave Switzerland full legal co-operation in persuading its courts to unfreeze Abacha’s accounts.

By contrast, the two Kabila administrations in the Democratic Republic of Congo (DRC) had given Switzerland zero co-operation in recovering Mobutu Sese Seko’s millions. The reason was that Mobutu’s eldest son – and heir – François-Joseph Mobutu Nzanga Ngbangawe had become deputy prime minister. He blocked the release of the money to the DRC state because he would get it himself.

Switzerland was eventually legally bound to unfreeze the funds to him, Zellweger said – and to add insult to injury, the DRC government then publicly denounced it for returning the money to the Mobutu family. So, Zellweger concluded that preventing money being stolen in the first place was more important than trying to recover it afterwards. Greater transparency and observance of the rule of law were needed.

On this supply side of the dirty money equation, he insisted, Switzerland was also leading the way. Other major financial centres – like the US and the new emerging economies – needed to tighten up on some of their banking legislation or these would provide loopholes for corrupt money to slip through, he said. Especially the US, which, he said, was unfairly occupying the moral high ground by demanding financial transparency of others, while many of its own states were still financially opaque.

One can understand his resentment of the US, since pressure from America has played a big part in prising open the doors of Swiss bank vaults and shining light into them. Switzerland did not surrender its famous banking secrecy enthusiastically.

The pressures for transparency included the 1996 revelations by New York senator Alfonse D’Amato that Swiss banks were still holding billions of dollars worth of deposits from Holocaust victims in so-called “dormant” accounts.

Another was the disclosure by ex-UBS banker, Bradley Birkenfeld, that the major Swiss bank had helped Americans hide up $20-billion in assets to avoid taxes.

The Swiss Banking Law of 1934, which makes it a criminal act for a Swiss bank to reveal the name of an account holder, now largely applies only to Swiss nationals – and then only if no crime is suspected.

From January 2003, Switzerland has steadily increased information-sharing about US account holders with the US Treasury. In 2009, under pressure from the Organisation for Economic Co-operation and Development, Switzerland agreed to offer legal assistance to foreign authorities in prosecuting foreign bank clients for tax evasion (and not only tax fraud). Switzerland and European Union countries will begin automatically exchanging information on the financial accounts of each other’s residents from 2018.

Lewis fingered Dubai as one of those still highly secretive new financial centres that Zellweger said now needed to join the move to greater banking transparency. Lewis predicted that the many unexplained recent visits there by members of the South African government and its associates would eventually reveal something nefarious.

He and Zellweger said the exposure of the Panama Papers would give strong impetus to the moves already under way internationally to increase the transparency of bank accounts, transactions and offshore companies. The next frontier in these efforts would be for countries to reveal the beneficial ownership of these accounts and other assets, coupled with clear measures for financial institutions to report to financial intelligence units.

That means revealing who really owned them, to prevent corrupt politicians and ordinary criminals using front companies, trusts and other anonymous financial instruments to launder money and otherwise hide their assets.

Zellweger, surprisingly, said that he had not even heard of former president Thabo Mbeki’s recent report, commissioned by the African Union, which said that at least $60-billion in “illicit financial flows” was leaving Africa every year instead of being used for the continent’s development. This included not only money plainly stolen, but also taxes and tariffs evaded by dubious but not necessarily illegal methods – for example, registering companies that earn their profits in Africa, in offshore tax havens.

Lewis noted that at their last summit, the G20 countries had committed to creating registers that would reveal the real beneficiaries of their companies – if not to the public then at least to law-enforcement agencies. Corruption Watch was lobbying for legislation for such a register, and the Panama Papers might help its efforts. South Africa was “a very obvious platform for money laundering” because it had by far the largest financial centre in Africa. Its close links to international financial capitals made it easier to conceal the movement of money from there.

He noted rather wryly that Switzerland, despite Zellweger’s assurances, still enjoyed a “comparative advantage” in re-exporting precious minerals. He was referring to recent revelations about an international company that had exported millions of dollars of undervalued diamonds from Sierra Leone to Switzerland, without paying tax, with the collusion of corrupt Sierra Leonese officials.

Lewis said he shared some of Zellweger’s optimism that the law was catching up with the corrupt, yet only a small percentage of illicit financial flows was now being detected. Registers of beneficial ownership were not the complete answer, but they would help. And in South Africa, Corruption Watch was demanding that any company bidding for a government contract must publicly reveal its beneficial ownership.

Lewis and Zellweger agreed that the global attention now being cast on illicit financial flows was motivated much more by concerns about terrorist financing than about money lost to development. But they also agreed that the motives were immaterial, as long as the money was traced and recovered.

In The World is Not Enough, Bond tells that dodgy Swiss banker Lachaise, with heavy irony; “If you can’t trust a Swiss banker, what’s the world come to?” The world, it seems, has now come to a point where even the notorious gnomes of Zurich have had to emerge into the light, rubbing their eyes painfully. DM