Captura Continua: Silence of the ANC lambs as another Gupta revelation emerges 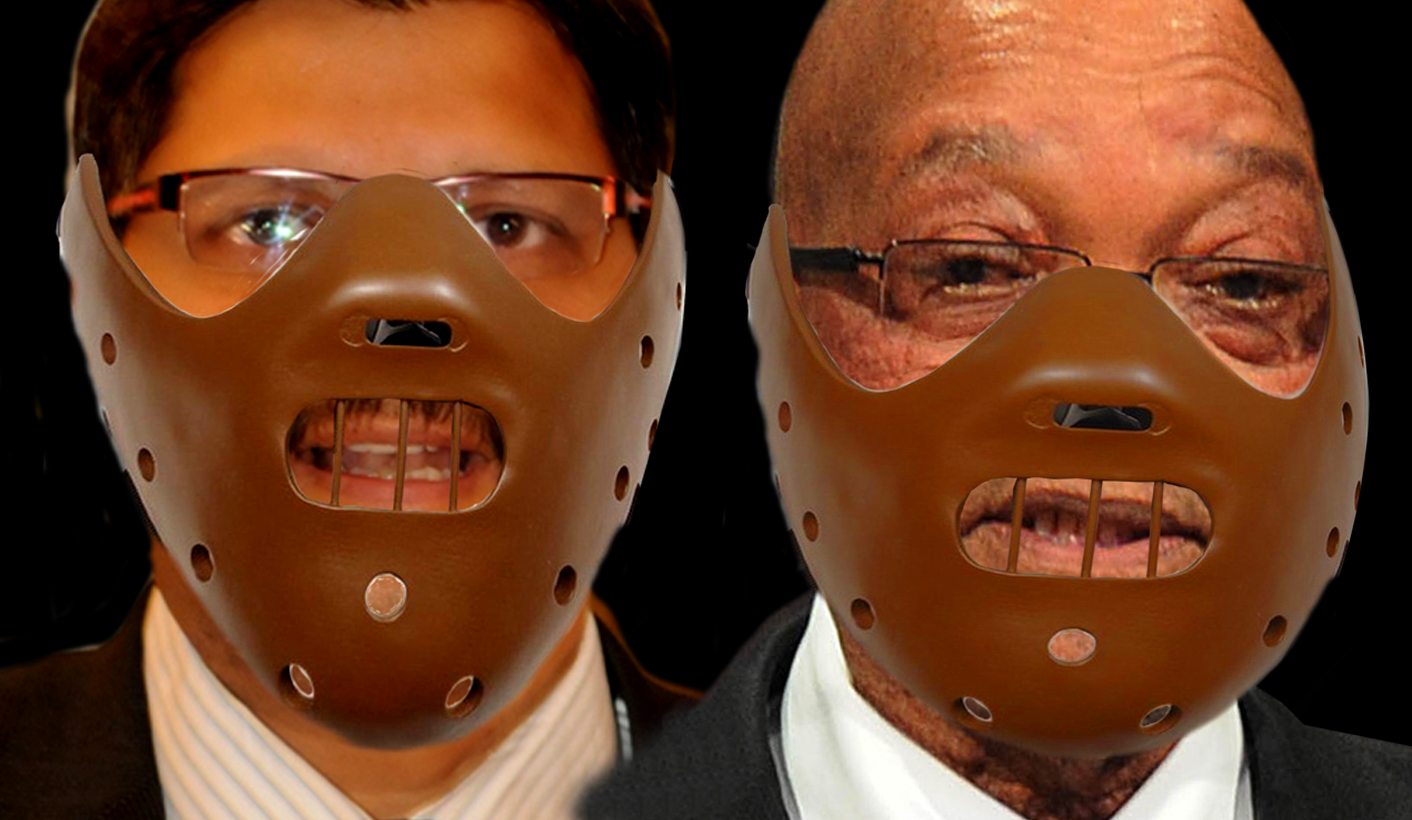 The South African Communist (SACP) has made a new claim about how the Gupta family flaunted its inside information on state affairs. SACP second deputy general secretary Solly Mapaila claims one of the Gupta brothers informed Northern Cape leaders when the local government elections would be held before the date was announced by President Jacob Zuma in April. The SACP has now vowed to step up the battle against the surrender of South Africa’s “sovereignty to a family and an ANC faction”, even though the ANC has shut down its internal probe into state capture without receiving the SACP’s submission. By RANJENI MUNUSAMY.

The SACP central committee (CC) meets this weekend in a charged political atmosphere following the ANC’s decision to close a probe into allegations that the Gupta family interfered in Cabinet appointments and government processes. The CC will decide how to pursue the state capture issue as the SACP did not have the opportunity to present the information in its possession to the ANC before the national executive committee (NEC) decided to shut down the investigation.

The NEC decision, announced by ANC secretary general Gwede Mantashe earlier this week, has infuriated the SACP. The party’s Solly Mapaila said they would no longer tolerate the “rot” in the ANC and claimed this was a “whitewash” of a serious phenomenon that had afflicted the ANC and the country.

City Press quoted Mapaila as saying on Wednesday: “The Gupta’s corporate capture of the movement continues. The ANC can’t come give us a whitewash report. They must do it with credibility if they are not afraid of anyone. They must clean corruption and factionalism in our movement.”

He went on to say: “We can’t be in an alliance with factions and corrupt syndicates in the organisation. The ANC must rise above factions. It must take leadership and bring authority of movement to all of us.”

On Thursday, Mapaila told Daily Maverick that the SACP was enraged by the ANC decision because the Gupta family continued with their practice of flaunting privileged information and meddling in state affairs. He claimed that at an alliance summit in the Northern Cape on 6 April, he was shocked to discover that some delegates already knew the date of the local government elections. Proclaiming the date of the elections was the responsibility of Co-operative Governance and Traditional Affairs Minister Des van Rooyen and was announced by President Jacob Zuma on 6 April.

Mapaila said in the presence of Mantashe and ANC national chairperson Baleka Mbete, delegates at the alliance summit stated that the election date would be 3 August. He said Mantashe assumed that the date must have been announced and the Northern Cape leaders had possibly seen it on social media. But the announcement was only made later in the day. Mapaila said they were told by the ANC provincial secretary Zamani Saul that it was actually one of the Gupta brothers who informed them of the date some time before that. Mapaila said the provincial chairperson was called and he confirmed that one of the Gupta brothers had informed them of the date.

“We were shocked! We said this can’t be possible. So you see, these people (the Guptas) continue to do as they please,” Mapaila said. Since Mantashe himself saw this all unfold, Mapaila is even more surprised that he announced that the ANC investigation was closed because they received just one written submission.

The SACP had intended to make a submission to the secretary general’s office on state capture but it had been decided that there should be a bilateral meeting between the ANC and SACP first. This meeting was postponed several times, says Mapaila. The last time it was scheduled, Zuma was on a visit to Iran and the SACP decided that the bilateral should be at a later date as they wanted the president to be present. But the ANC has now decided to close down the investigation without hearing out its alliance partner on the matter.

Mapaila says the SACP CC meeting this weekend will look into other ways to pursue the matter through a proper process that has credibility. “We can’t give away our sovereignty to a family and an ANC faction.” The ANC had engaged in a farcical process so that people could forget about the state capture issue, he said.

Asked about Zuma’s statements and the Gauteng provincial general council (PGC) meeting when he said there was no such thing as state capture, Mapaila said the ANC NEC “should have called him to order”.

At the PGC, Zuma said: “If you talk about state capture, you’re misleading people. You’re taking a small issue and making it a big issue.”

But Mapaila says the issue of state capture had been identified as a problem at an alliance summit last year and recently at an NEC lekgotla. He said Zuma himself spoke on the subject at the alliance summit.

“The NEC should have called him to order for differing with his own collective,” Mapaila said.

But the ANC has effectively silenced itself and its members on the matter. In the same way it locked down the issue of the Constitutional Court judgment on Nkandla, decreeing that ANC structures should not speak on the issue publicly, the Gupta matter is being swept under the carpet.

After giving people hope that the serious allegations against the Guptas would be investigated, including that they tried to offer Cabinet posts to people and gave instructions to state officials to direct business their way, the ANC has washed its hands off the matter. This means that if other people have information or experience such inappropriate behaviour by the Guptas, it would be pointless to raise it with the ANC.

If what Mapaila says is true and Mantashe heard ANC leaders in the Northern Cape saying they received information about the election date from one of the Guptas, he must be uncomfortable that this family has access to information even he does not have. It cannot be that so many people have experiences like this and the ANC still choses to disregard all their versions. It is a strange excuse to say that they only received one submission in writing and therefore decided to close the matter. If the ANC knew that a meeting was still pending with their alliance partner, why did they not hear the SACP out before making a decision?

Is the ANC also saying that the information they received from the other seven people who came forward was unreliable because it was not in writing? Are we also to understand that the ANC does not believe the public statement made by Deputy Finance Minister Mcebisi Jonas when he said the Guptas offered him the post of finance minister in December? If the ANC believes Jonas lied to the nation, why is he still trusted as the second in charge in the most crucial portfolio in government?

It is now known that the written submission to the ANC was made by former government spokesperson Themba Maseko. Maseko has already stated publicly his version of events, that he received a call from Zuma to assist the Gupta brothers, and that at a meeting with them, they instructed him to direct government advertising to The New Age newspaper. Maseko’s allegations link the president directly to the Guptas’ untoward conduct. Does the ANC disbelieve the information or is choosing to disregard it?

How many people’s accounts would it take for the ANC to believe that the government it was elected to run is actually being controlled by another group of people? Or is the NEC decision an admission that the ANC cannot do anything to stop the Guptas from interfering in state affairs? Are ANC leaders comfortable with the fact that privileged state information is passed on to private individuals to use however they want to? If they are not, why did they consent to the probe being shut down?

It would appear that the dominant faction in the ANC has been able to smother the state capture issue and the rest simply have to comply with the NEC decision. The SACP might or might not succeed in keeping the issue alive. The fact that the ANC was not prepared to hear them out before making a decision means that whatever they say or do now will not be taken seriously.

The SACP might soon find itself in the cold if they do not join the conspiracy of silence and surrender to Guptocracy. DM