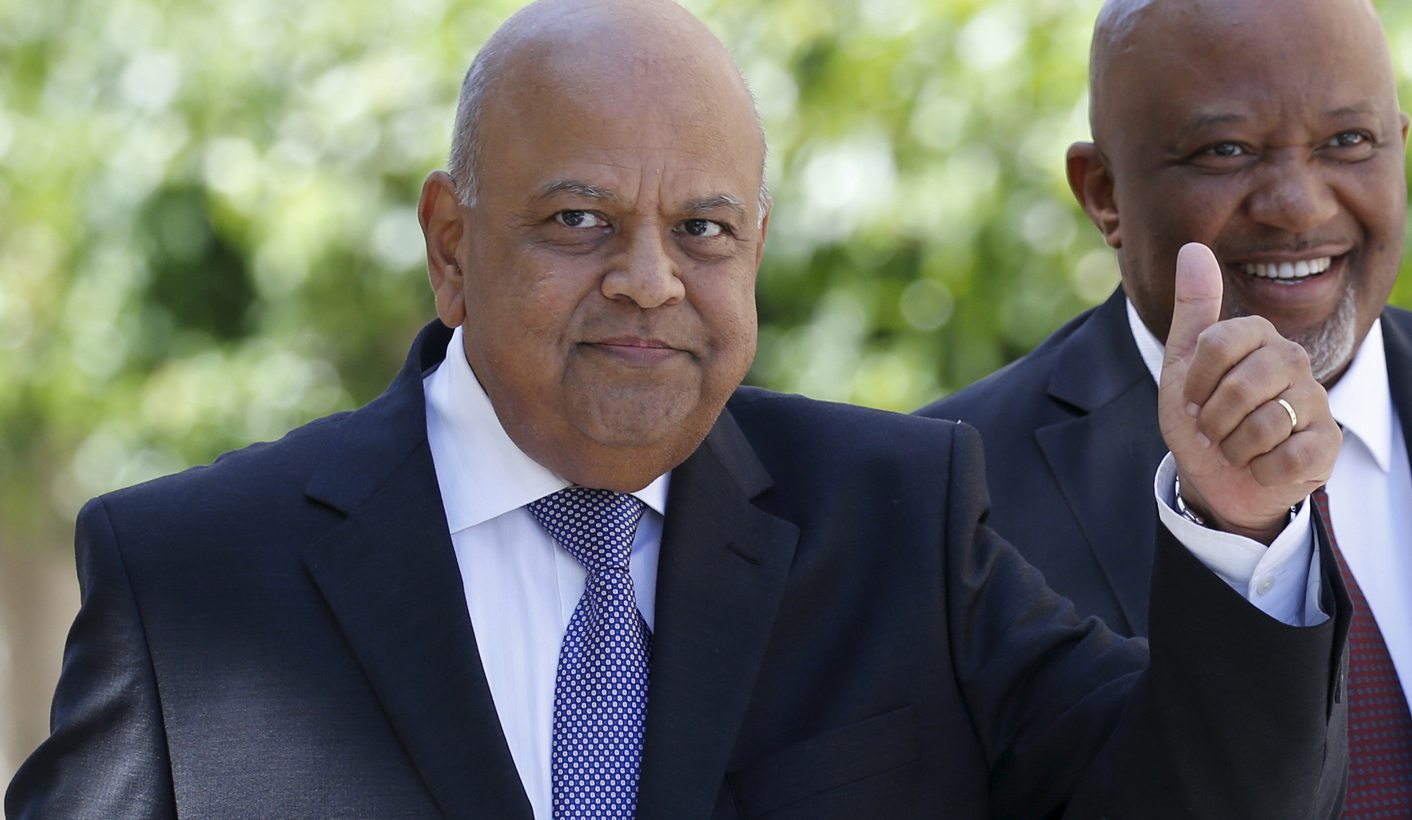 On Tuesday the ANC effectively announced it was shutting down its non-investigation into claims that the Gupta family had tried (and succeeded) to capture the state, as it received only one written complaint. If it was a bid to end the story, it failed. Instead of controlling the process, and the spin cycle with it, the ANC now risks losing control of it. Already former SA Government spokesman Themba Maseko has confirmed that he did make a submission, which means deputy finance minister Mcebisi Jonas, whose disclosure started the controversy, did not. That puzzling development was augmented on Wednesday by the SACP’s loud criticism of the process, which the ANC’s hitherto loyal partner labelled a “farce and a whitewash”. Disagreements don’t come much stronger than that. It looks as if, while the ever more tightly controlled ANC’s internal process may be over, almost no one else is buying it. By STEPHEN GROOTES.

Gwede Mantashe was clear on Tuesday. The ANC’s national executive committee had decided two months ago that people with evidence of wrongdoing by the Guptas must approach the office of the secretary-general. They must give that evidence to this office, which will then decide what to do with it. Mantashe claimed that only one person had made a written submission, and thus it was all over. People who thought they had a case, or evidence, should approach the relevant authorities. Because, you know, the Hawks’ head Mthandazo Ntlemeza is exactly the kind of person who is likely to approach a Gupta-related issue with an open mind.

But Mantashe’s claim about that one person immediately led to speculation about who had made this submission, and who had not. When the claims first surfaced, several people used several forums. Vytjie Mentor used Facebook, Barbara Hogan did a series of radio interviews. But the two most critical, because of their current standing in the party, were Jonas and Maseko. Maseko had made his announcement via The Sunday Times, the biggest independent Sunday newspaper in the country, while Jonas, you may remember, did it in two ways. First, there was the official statement, on a National Treasury letterhead nogal, and then there was the recorded video statement:

The mystery as to who had actually made a submission was solved later on Wednesday afternoon. Maseko, who must have been fielding phone calls by the dozen by that point, put us all out of our misery by responding to a tweet.

I did make my submission. https://t.co/jVUnemeQQC

So then, that solved, the mystery, as Sherlock Holmes never said, deepened. Because if Maseko did make a submission, then why did Jonas fail to make a submission? He has already made a statement, a written statement, in the form of his first document. What happened that made him decide not to follow up with a proper written submission to his own party? Surely, surely, he, as the loyal ANC cadre that he claims to be, would take part in any process that he believes would either strengthen the organisation, or protect it from harm. And let’s be clear, the Guptas could pose a very real harm. (Some might say the Guptas ARE causing a very real harm. – Ed)

Whatever it is, he is not saying, at least not at the moment. The Treasury simply stated on Wednesday that he was not going to comment, period. It is, of course, a party matter, and perhaps it could be argued that it would be inappropriate for him to use Treasury machinery to comment on this. But he did the first time around, so it would probably be all right the second time around.

What cannot be denied is that the ANC process is not going well for him, and, by extension, for his boss Pravin Gordhan. Perhaps Jonas felt that there was simply no prospect of being treated fairly. Perhaps there was no point in making a submission at all. But then there was surely no point in going public in the first place?

There is another possibility. The issue may not be Mantashe himself, but the little caveat inserted by the NEC when this investigation was announced two months ago. People with evidence were asked to provide it to the “office of the secretary-general”, which is bigger than Mantashe. It has officials, staff.

Perhaps Jonas, and others, thought that would be the problem?

Those with a particular interest in these things may wonder at the role of Jessie Duarte, the ANC deputy secretary-general, in the whole affair. She would have to be a part of the process. It is possible that she is seen as being very much in the Zuma camp, and thus, the entire office cannot be trusted.

And yet, she is also a part of another political mystery: Back in February, at the State of the Nation Address in Parliament that was so enlivened by the traditional antics of Julius Malema and his supporting players, she brought with her three interesting guests: Robert McBride, Anwa Dramat and Ivan Pillay, the very people who have been treated badly by Zuma’s functionaries. Some saw it as an attempt to control the inevitable speculation about how the ANC eats its own; some saw a massive shot being fired across Zuma’s bows.

But if she is indeed a major part of Zuma’s support, which many of our sources confirm, then Jonas would be naturally careful. That said, we have to ask, what could the possible consequences be for him? He can’t really be fired at the moment, because that would rock the ratings boat rather seriously. And even if he is, isn’t this a cause worth fighting for? Unless, suddenly, the cause is not worth fighting for. Or maybe some of the players decided it was time to hit the pause button in this war.

It is difficult to tell. But, unless he clarifies his position, Jonas risks losing at least some of the support by those who praised him back when he said he had been made this offer by the Guptas, “and rejected it out of hand”.

Meanwhile, it would appear that this decision by the NEC is going to lead to more turbulence. In an interview with EWN that was broadcast on Thursday morning, the SACP slammed this decision. And we don’t just mean lightly criticised, or intimated unhappiness. We mean downright, furious, righteous anger. The party’s second deputy general-secretary, Solly Mapaila, said the process was a “farce”, a “whitewash”, “a mechanical process aimed at controlling our comrades”.

Just to be clear, this is an alliance partner being incredibly critical of the ANC on one of the most important political issues of our time. And this is stinging criticism, very much in the same league as Zwelinzima Vavi’s while he was in Cosatu. But the difference is that he, despite the use of phrases like “political hyenas”, never criticised the entire NEC so directly, which is what Mapaila appears to be doing.

There is one other important point to make here. There is a reason why Mapaila is the person on the frontlines: He is the most senior SACP leader who is not in government. Both of his superiors, Blade Nzimande and Jeremy Cronin, serve in the government, at the pleasure of the president, but both must surely back him in this; this outpouring cannot be a personal frolic by Mapaila. Especially when you consider that last week Cronin suggested that someone made a lot of money on the rand when Nhlanhla Nene was fired.

This statement by the SACP is certainly more evidence that relations in the alliance are strained over this issue. Those in the ANC who don’t support Zuma, who don’t support the Guptas, must also be asking themselves what they gain from staying inside the tent whose foundations could be rotten. Certainly their opportunities for further advancement are cut off, they will not be listened to, and at the rate things are going, there may not be much party to fight for. So, why stay on? The response to that question may define the near future of South Africa. DM