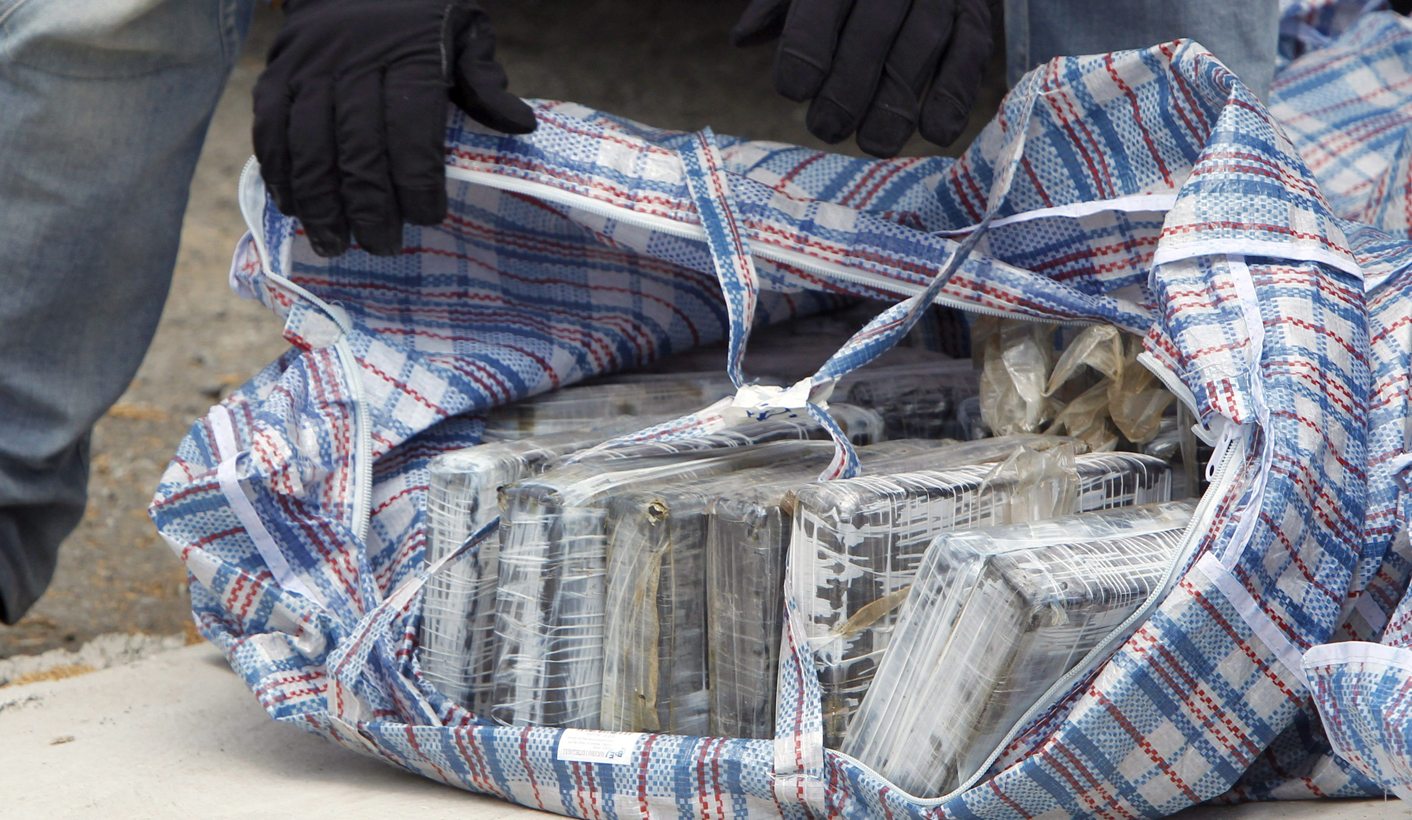 Drug trafficking is fast becoming the most serious problem in West Africa. By YAO LEANDRE BANON.

The West African sub-region has seen an increase in drug trafficking, production and consumption which continues to ruin many lives. There has also been an exponential increase in corruption and impunity which mainly favours drug barons in the region. This also has an adverse effect on citizens who possess or consume very little quantities of drugs.

As a whole, the proliferation of the drug trade in West Africa significantly undermines people’s well-being and is a major road block to development efforts.

The yearly value of cocaine transiting through West Africa is estimated by the United Nations to be $1.25-billion, which is higher than the national budgets of many West African countries including Liberia, Cape Verde, Sierra Leone, The Gambia, and Guinea-Bissau. This massive amount, the direct proceeds of drug trafficking, production and consumption within the sub-region, has a deadly effect on governance and sustainable development.

According to West Africa Commission Drugs (WACD) 2014 report, West Africa is not only a transit zone of drugs from Latin America to Europe. Also, local production of synthetic drugs such as methamphetamine is increasingly being produced in West Africa for the Asian market. Furthermore, in some countries, a strong protection economy for drug kingpins has emerged, allowing them to operate with impunity.

Organised crime syndicates exist at all levels of society in West Africa and pose a threat to good governance, peace and stability, economic growth and public health in West Africa, a region that has only recently emerged from decades of violent conflict. Drug trafficking is becoming a new threat for the “development” of West Africa.

Narcotics narratives are often portrayed as a security issue with a focus more on law enforcement through the criminal justice system without a deliberate link to development. The response to drug issues is similar in West Africa, focusing on punishment with the aim of eradicating the supply of illegal drugs and having a “drugs free world” which can best be described as an illusion. The criminal justice response has failed.

According to statistics, despite the hundreds of billions of dollars spent in trying to eradicate illicit drugs, the industry is growing bigger than ever with a growing number of drug users each day. In the United Nations Office on Drugs and Crime, World Drug Report 2015, it is estimated that a total of 246-million people, or one out of 20 people between the ages of 15 and 64, used an illicit drug in 2013. That represents an increase of three-million over the previous year.

The current drug policy control approaches being practised in West Africa and beyond is negatively affecting public health, the economy, the rule of law, human rights, gender and social development.

The primary objective of the international conventions is to protect the health and welfare of mankind. Unfortunately, in practice, the drug free illusion has led to so much focus on criminal justice, law enforcement, instead of public health and the protection of human rights.

In West Africa, the situation is becoming worse, with public health being compromised with an increase prevalence of HIV among people who use drugs and lack of essential medicines for palliative care primarily for pain relief and the treatment of cancer patients. Statistics from UNODC’s 2013 report on the world drug problem, states that the prevalence rate of cannabis use in West and Central Africa combined (12.4%) is higher than Africa and the global average, 7.5% and 3.9% respectively.

According to the Ghana’s Minister of Foreign affairs in her statement at the 2016 United General Assembly Specially Session (UNGASS) on drugs, “It is estimated that nearly 90% of cancer and AIDS patients in Ghana cannot be treated adequately on the current level of morphine supply”. The current shortage of morphine in Ghanaian hospitals has affected treatment given to the majority of cancer and AIDS patients.

The World Health Organisation, UNODC and UNAIDS have developed a comprehensive package of harm reduction measures to reduce the risk of drug consumption-related diseases such as HIV, hepatitis C, tuberculosis and overdose among others. These policy guidelines and programmes have been proven to be cost-effective and have been endorsed by the African Union in its Common Africa Position (CAP) in which the AU called for a commitment to harm reduction programmes, including facilitating access to healthcare in prisons and promoting alternative non-custodial sentencing mechanisms for minor nonviolent drug-related offences.

In West Africa and Africa at large, due to repressive laws and related law enforcement policies and practices, these programmes are yet to take full force. Currently, Senegal is the only country in West Africa implementing a harm reduction programme even though the laws are still very punitive. As a results less than 1% of people who inject drugs in Africa have little access to needle and syringe programmes or opioid substitution therapy.

Unlike the visibile presence of HIV retroviral treatment available in the subregion, hepatitis C remains a great threat in West Africa. The danger of hepatitis C can be seen in potentially serious health problems for those infected, with the possibility of liver failure, liver cancer, and premature death.

In West Africa when a drug user – who may be a problematic drug user, as described by WHO as a chronic disease – is arrested, per the current regime, such a person has to be incarcerated if found guilty without given the opportunity to seek help for his or her problematic drug use.

Over the years this approach of sending drug users to prison has only exacerbated their problem because the prisons’ settings are often characterised by overcrowding, inadequate ventilation and limited medical facilities for treatment, all of which contribute to the spread of diseases such as tuberculosis among prisoners.

According to United Nations Office on Drugs and Crime, World Drug Report 2015, the incidence rates of tuberculosis in prisons could be eight to 35 times higher than among the general population for some countries. Combined infections of HIV and tuberculosis are particularly serious, with each infection speeding up the progress of the other.

Drugs and the Economy

West African countries, like their counterparts in the wider world, tend to focus on eradicating the supply, with little attention to the demand side. Policymakers have failed to appreciate that demand drives supply. No matter the stringent methods adopted, drug users will always discover new ways of satisfying their cravings for drugs. An illustration of that is the balloon effect which was the cause of stringent measures put in place by the United States to impede drugs from Latina America to reach their coast. This led to the opening of new routes through West Africa.

West Africa is now a major hub in global drug trafficking. According to the UN, the yearly value of cocaine transiting through West Africa is estimated by the UN to be $1.25-billion. For a region with a high rate of youth unemployment, this could lead to the implosion of social cohesion and an increase in crime.

In addition, this huge amount of money can easily pay for the mounting of rebellion or terrorism to overthrow democratic elected government. For example, many analyses have been able to establish an interconnection between the terrorist threat in the subregion (particularly Mali) and drug trafficking.

According to United Nations Development Programme Report June 2015, on “Addressing the Development Dimensions of Drug Policy”, ‘’The existence of a large illicit sector in the economy can also distort economic data and, in turn, macroeconomic and structural analysis and policymaking.”

Societal stigma makes drug users vulnerable to abuse either from law enforcement or the related family and society as a whole. These violations include rape, arbitrary detention, unfair trial, torture, ill-treatment, and lack of access to basic healthcare, among others. Due to the harsh sentencing policy and fear of being arrested or reported, drug users are discouraged from seeking treatment and this exacerbates their situation.

Drug issues cannot be considered separately from development paradigms. The International Drug Control bodies, as well as West African countries, should shift their orientation of tackling drug issues and try as much as possible to embrace a holistic perspective of the issues in the light of the outcome document of the United Nations General Assembly Special Session that took place in New York from 19-21 April 2016.

The measurement of success should not be about the number of people arrested or kilograms of drugs seized. The huge amount of money invested in law enforcement by West African governments to operate prisons could be realigned to strengthen the health sector and fund development projects and programmes to address the drug problem.

There is a need to shift the objectives of drug policy away from process measures such as crop eradication statistics, arrest rates, seizures and imprisonment statistics. Governments need to explore and focus on solutions that promote public health, human rights and citizen engagement and participation. West African governments should integrate drug policy and human development in their development programmes. DM

Photo: A Spanish policeman unloads a bag of cocaine found in a drug shipment left three days ago at 500 miles from Canary, on the naval base of Las Palmas of Grand Canary, Spain, 03 September 2012. According to reports, about five thousand kilograms of cocaine have been confiscated in August by the Spanish police coming from the west coast of Africa, marking a new record of the fight against drug trafficking. EPA/ELVIRA URQUIJO A.