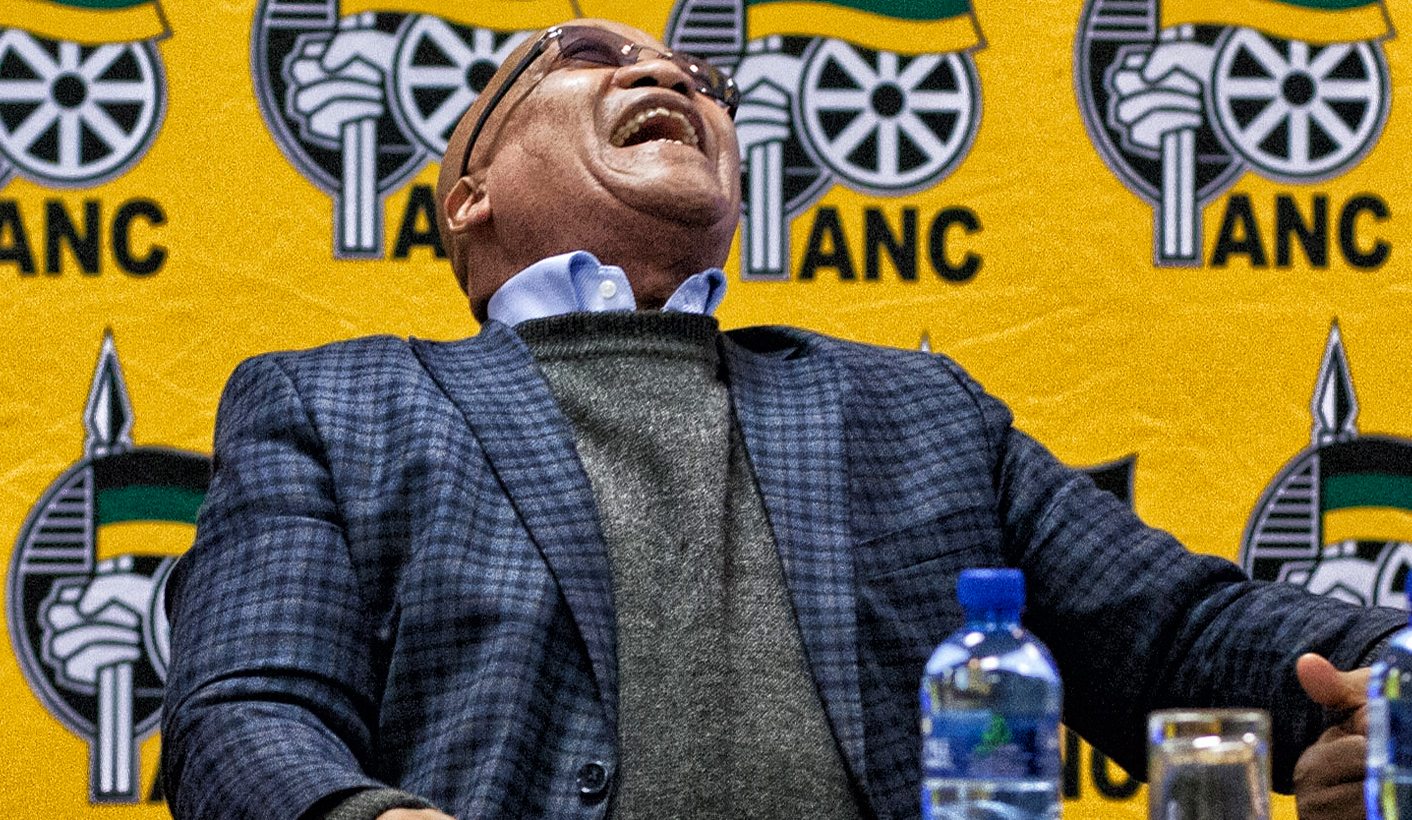 ANC Secretary-General Gwede Mantashe said on Tuesday that it would be a “fruitless” exercise for the party to continue to investigate allegations of state capture against the Gupta family as they had only received one written submission on the matter. ANC spokesperson Zizi Kodwa told the Gupta-owned ANN7 television on Tuesday night that this was a “closed chapter”. This is despite Mantashe saying the allegations made against the Guptas were “serious” and him being unable to access a State Security report on the family’s illicit influence. The Guptas can now resume working their political connections and influencing state and ANC processes under full political cover. By RANJENI MUNUSAMY.

When a few ANC structures expressed concern about Zuma’s conduct and called for him to step down, Luthuli House embarked on a process to contain the fallout. They asked people to bring their concerns to the ANC and also announced that there would be consultation with ANC branches on the matter.

Of course, Zuma was never in danger of being recalled. What the ANC did quite effectively was quell the outrage and shut down the discourse about Zuma, particularly within party ranks. Behind the scenes, Zuma’s allies were hard at work to subdue any form of dissent. The Gauteng ANC leadership was surprised when the ground shifted below them and delegates attending a provincial general council (PGC) meeting forced them to rescind their call for Zuma to “do the right thing”.

Now, weeks later, Mantashe announced that ANC branches had accepted Zuma’s apology for the “frustration and confusion” caused by the Nkandla scandal.

“Overwhelmingly, the branches of the ANC confirmed the decision of the NWC not to recall the president. Branches emphasised the importance of unity of the movement and accepting the apology of the president must contribute to unity of the movement. As we accept the apology we also reminded ourselves that we should devise a formula for dealing with the mistakes we are committing,” Mantashe said.

This means that for the sake of unity, the ANC has dismissed all the concerns raised by party stalwarts, religious leaders and civil society organisations. The Nkandla matter is now closed, as far as the ANC is concerned, and there will be no action taken as a result of the president violating the Constitution. The NEC decision also means that there is nothing to support media reports that secret talks were under way to negotiate an exit for Zuma after the local government elections. Zuma has clearly survived the Nkandla storm – and is miraculously strengthened by it.

From this position of strength Zuma and his allies were also able to crush the Gupta probe.

When the ANC NEC decided in March to conduct an investigation into state capture, it followed a number of revelations, including from Deputy Finance Minister Mcebisi Jonas, the former head of government communications Themba Maseko and former ANC MP Vytjie Mentor, about the Guptas interfering in state affairs. Even though there was resistance to the probe at the March NEC, the allegations were so serious that the ANC had to look into them.

Mantashe’s open invitation to ANC members to come forward with information appeared to be a constructive step towards finally uncovering whether allegations that had been circulating for years about the Guptas’ interference in state affairs were in fact true. But only once people went to the ANC headquarters did they realise there was no formal investigation and that Mantashe did not have any powers or capacity to process any information and evidence they brought forward.

For example, Mantashe was told that the former director-general of the State Security Agency, Gibson Njenje, had compiled a report on the Guptas’ dealings that showed they were a threat to national security. That report is in the possession of the state and it is illegal for anyone without the necessary security clearance to access it. Mantashe therefore has no powers or ability to get the report.

Mantashe said at a media briefing on Tuesday that only one out of eight people who came forward could make a written submission on the state capture matter. The others feared their submissions could put them in danger. Indeed, the issue of trust has been a concern for those who wanted to assist with the investigation. Having a private conversation with Mantashe was one thing but there was no guarantee that their identities would be protected if they brought evidence forward. There were real fears of victimisation in their current jobs and even whether they would be in physical danger should they pose a threat to the Gupta empire and their significant political connections.

Mantashe says those with such fears should approach a relevant state institution to ask them to deal with the matter. However, when the allegation is that the state has been captured, which department in the state, including the South African Police Service, would view evidence in this regard neutrally?

A group of former directors-general has written to Finance Minister Pravin Gordhan and Public Service and Administration Minister Ngoako Ramatlhodi asking them to institute a public inquiry into how senior government officials contravened laws to benefit the Gupta family. They did so recognising that only an official inquiry would have the powers to access documentation and information showing how government processes were manipulated to benefit the Guptas. The problem, however, is that such an inquiry cannot take place when the president has already rubbished the idea of state capture.

Zuma’s statement at the Gauteng PGC that there was no such thing as state capture means that it is virtually impossible to pursue the matter within the state or the ANC. At the weekend NEC, Zuma’s allies were emboldened by his statements on state capture and took the same tack to ensure that the ANC probe went no further. With the multiple battles Gordhan is currently fighting, it would be a pointless exercise for him to attempt to get an official inquiry going when the president could veto it.

Mantashe claims the “discussion” on state capture will continue. But what would be the point of discussing the matter when nothing can be done about it? He also said those who had evidence should be “bold enough” to take the matter forward and should be prepared to sacrifice themselves for a “good cause”. If people had raised the matter in order to benefit the ANC, they would not mind becoming casualties, Mantashe said.

Why would people throw themselves on the rails when they have no hope of stopping the Gupta gravy train? If Mantashe himself fought a losing battle on the Gupta matter, what chance does anyone else have to challenge Zuma and his powerful friends?

There remains only one avenue to properly pursue the allegations of state capture: the Office of the Public Protector. Thuli Madonsela’s office is already investigating the influence of the Gupta family on state affairs. Those with evidence have the option to take it to the Public Protector and have their identities protected.

For now, the Guptas are free to continue their wheeling and dealing knowing they have political cover and little chance of facing any form of sanction. Zuma remains invincible, having walked away from the Nkandla and state capture scandals unscathed.

South Africans, meanwhile, will simply have to wait for the next political shakedown, which, at this point, seems inevitable. DM