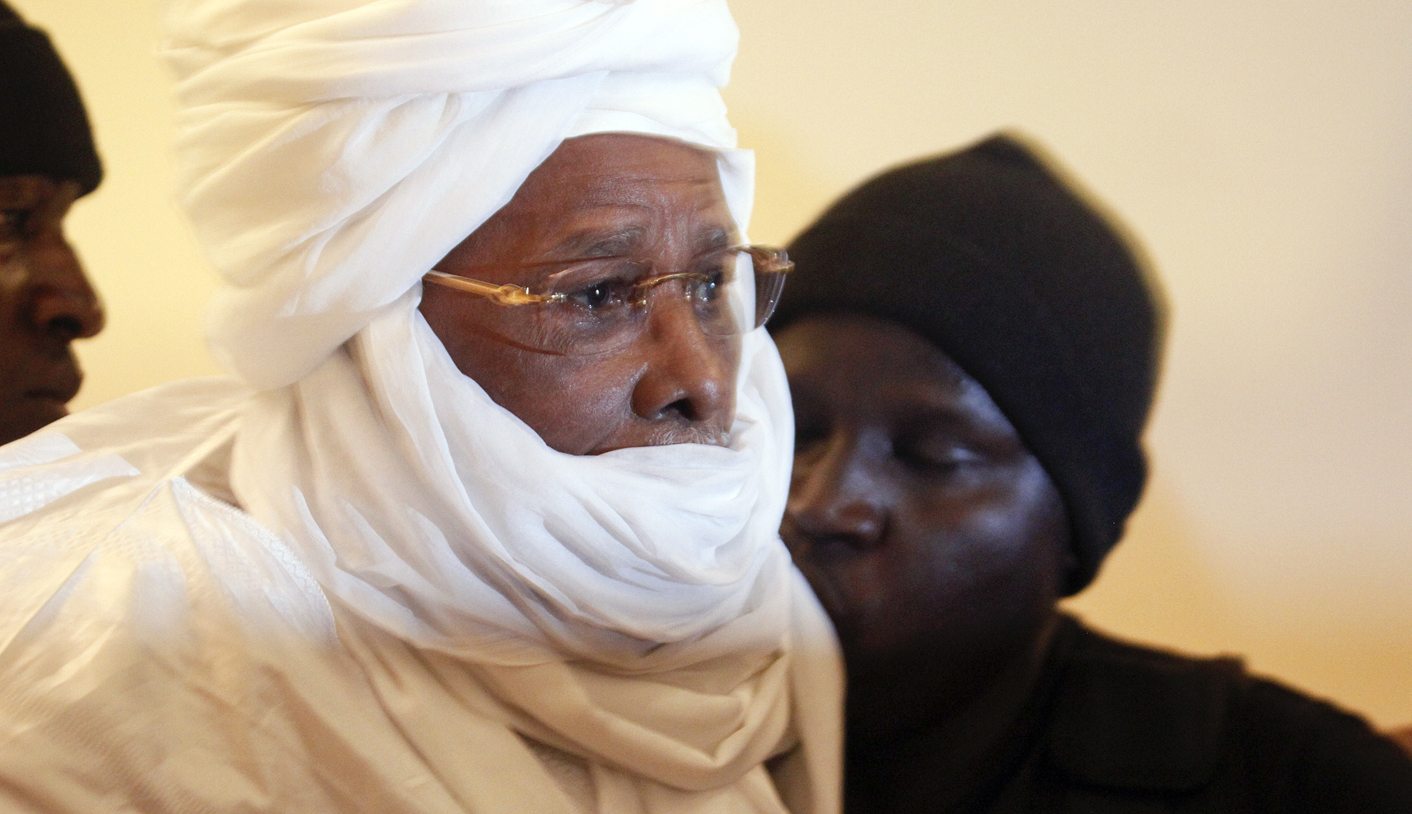 Precious few African dictators are ever held accountable for their crimes. So when Hissène Habré, former president of Chad, had his day in court – and lost – it was an unequivocal triumph for international justice. His fall from grace, however, might not have the desired effect when it comes to leaders of a similarly authoritarian mould. By SIMON ALLISON.

On Monday, in a courthouse in Dakar, Senegal, 4,500km and more than two decades distant from the scene of his atrocities, former Chadian dictator Hissène Habré was convicted of crimes against humanity committed during his time in office. He was sentenced to life in prison.

Addressing Habré, who made himself as anonymous as possible by wearing sunglasses and a white wraparound turban on his head, Senegalese judge Gbertao Kam said:

“Hissène Habré, the court finds you guilty of summary executions, forced disappearances, torture, murder. Some victims who are still alive still suffer from the effects of his regime – the crimes committed against them… He [Habré] created a system where impunity and terror reigned. He did not show any compassion toward the victims or express any regret about the massacres and rapes that were committed.”

Habré has 15 days to appeal the verdict.

The case against Habré was a long time in the making, and that it happened at all is largely due to the tireless struggle for justice waged by some of his victims.

“Unlike allegations of ‘victors’ justice’, this case was one of victims’ justice. Without a doubt the most prominent feature of the Habré case is the role that victims played. The long drawn-out process to bring Habré to justice demonstrated the tenacity and determination of victims in the face of great resistance,” said Ottilia Anna Maunganidze, senior researcher at the Institute for Security Studies.

Several of those victims – perhaps better described as “survivors” – were present in the courtroom as the verdict was delivered. Their reaction was celebratory: some cried, some hugged each other, and some shouted “Vive la victoire” [viva victory!].

“The feeling is one of complete satisfaction,” said Clement Abeifouta, president of a Habré survivors association, according to Al Jazeera.

The verdict was a victory too for Human Rights Watch and specifically the organisation’s researcher Reed Brody, whose persistent support for survivor groups kept Habré’s case on the continental and international agenda. Brody, who also worked on the successful prosecution of Chilean strongman Augustine Pinochet, said other tyrants should note that they will never be out of the reach of their victims.

“We hope that just as Habré’s victims were galvanised by what Pinochet’s victims achieved, other survivors, other activists, will now be inspired by what Hissène Habré’s survivors have been able to do,” he wrote in a blogpost reacting to the verdict.

There’s no question that Habré’s conviction sends a strong message to other leaders, both in Africa and around the world, that international justice has a very long arm indeed. After 26 years in luxurious exile in Dakar, the 73-year-old Habré has now been humbled in a court of law, and will spend the rest of his life in an uncomfortable prison cell.

Unintentionally, however, Habré’s conviction may send another, less encouraging message to any leaders involved in similar crimes. Undoubtedly, it was his status as a former rather than sitting head of state that secured his appearance in court, and his eventual conviction. Compare and contrast Habré’s case with that against Kenyan President Uhuru Kenyatta and his Deputy William Ruto at the International Criminal Court, which collapsed thanks to the refusal of the Kenyan government to co-operate meaningfully; and Kenya’s sustained diplomatic campaign to undermine the ICC.

These tactics are not available to former presidents. As much as it has demonstrated the strength and reach of international justice, Habré’s historic conviction has also given other dictators more reason to fear leaving office. In this context, there is a twisted logic to the determination of figures such as Zimbabwe’s Robert Mugabe, Burundi’s Pierre Nkurunziza or indeed Chad’s own Idriss Deby to remain in power at all costs.

This, however, should not detract from the scale of the achievement witnessed on Monday in Senegal. On a continent where accountability is all too often sacrificed on the altar of self-interest and expediency, one brutal dictator had his day in court – and lost. DM