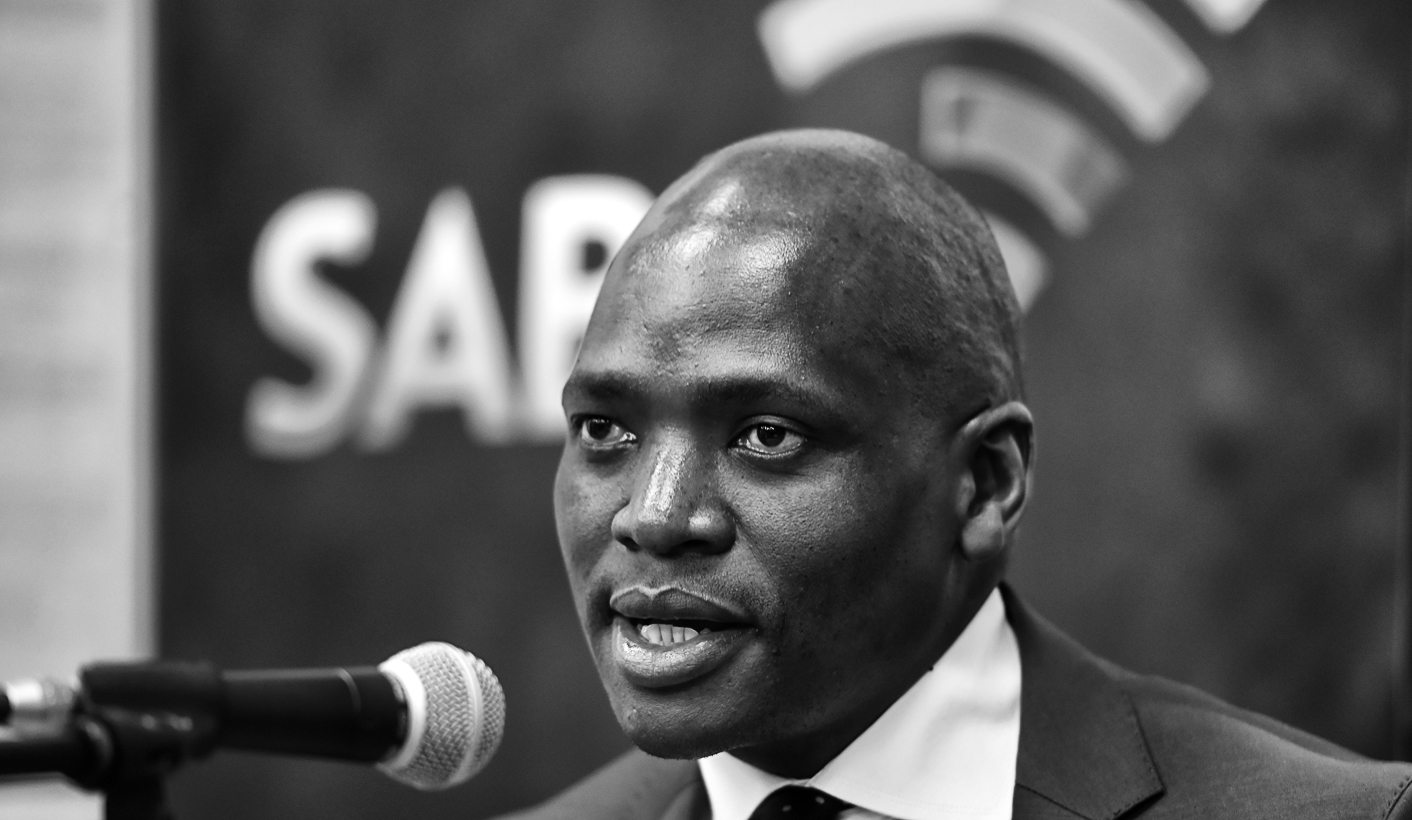 Hlaudi Motsoeneng has been busy. First he announced that the SABC’s radio stations would feature 90% local music, and last week he said the SABC won’t publish content featuring protests that target government buildings. While the former has been hailed by many, unless you’re a Lotus FM fan, the latter continues to be criticised, with trade union federation Cosatu on Monday accusing the SABC of insulting the public and acting like an autocracy. By GREG NICOLSON.

Shortly after Gauteng housing MEC Paul Mashatile left Ennerdale on Thursday, where residents were protesting over housing, electricity and unemployment issues, rocks rained down on the police, leading to running battles between the cops and protesters. An elderly man watched, aghast, and in the same voice one would uses to condemn whatever music is popular among the youth, screeched, “It’s because they see it in the press!”

The SABC’s decision to limit coverage of violent protests has been welcomed by some, including Communications Minister Faith Muthambi, as an act of nation building, but many others have called it censorship and propaganda and say it attempts to address a symptom related to the country’s challenges while ignoring the causes.

In a statement on Thursday, the SABC said it won’t cover protests that damage public property, claiming the broadcaster has a duty to educate citizens.

“Continuing to promote them might encourage other communities to do the same,” it said. Controversial SABC COO Hlaudi Motsoeneng said the SABC “would not assist these individuals to push their agenda that seeks media attention”.

The SABC said it will continue to cover peaceful protests, but it’s unclear where journalists and editors will have to draw the line. Spokesman Kaizer Kganyago has said, “We will illustrate protesters’ needs. But the minute that they burn things to prove a point, that is when we will stop.” The public broadcaster is sticking to the policy despite fierce criticism.

On Monday Muthambi offered her support. “We unequivocally condemn the destruction of public and private infrastructure. It is our belief that the decision by the public broadcaster not to show footage of people burning public institutions, such as schools and libraries, in any of its news bulletins, will go a long way to discourage attention-seeking anarchists,” said the minister. “I believe the decision not to air footage of burning public institutions was taken in the spirit of social cohesion and Nation Building [her capitalisations], not censorship as purported,” she added. Muthambi is reportedly a strong supporter of Motsoeneng and her decision to make him permanent SABC COO was recently overturned in court.

Public protests are predicted to reach a record high this year and while state buildings are often targeted, recent protests in Vuwani, Limpopo, reached a new crisis point, with over 20 schools set alight. In its rationale, the SABC doesn’t mention an established link between broadcasting violent protests and communities imitating the scenes. But an often-cited study from 2011, The Smoke That Calls, which looked at violence in xenophobic attacks and community protests, noted a few key causes for the violence. They include the police, both in their absence and unnecessarily harsh actions when they do respond, desperate young men asserting their masculinity in the little space they have to do so, and a community’s collective trauma.

On Monday, trade union federation Cosatu condemned the SABC’s move. “This decision smacks of autocracy and it’s deeply patronising because it assumes that South Africans are impressionable and imbecilic citizens, who need to be protected from some barbaric visuals lest they copy and repeat them,” said spokesperson Sizwe Pamla. “If this decision is not reversed it will signal the journey into the unknown, when public broadcaster mandarins are empowered to manipulate news coverage and blacklist organisations, individuals and communities without any transparency and accountability.”

While condemning violent protests, Cosatu said people have a right to know what’s happening, “warts and all”, from an independent public broadcaster.

The ANC has commended the SABC’s move and said it had no influence on the decision, but opposition parties believe restricting certain aspects of protests is an attempt to protect the ruling party.

“The decision in essence, and we know for a fact, has to do with protecting ANC and not showing public dissent against it,” said EFF spokesperson Mbuyiseni Ndlozi.

Phumzile van Damme from the DA, which is looking into challenging the legality of the decision, said, “It is clear that Mr Motsoeneng is using the editorial policy to deliver on the task to fully turn the SABC into a propaganda portal for his political masters at Luthuli House.”

The Right2Know campaign has said the SABC’s logic is flawed and the new decision will leave its audience oblivious to the state’s failures. It claims the SABC has a mandate to broadcast the South African reality, which includes violent protests.

The South African National Editors Forum has called on the SABC to review the policy. The Freedom of Expression Institute, Media Monitoring Africa and Save Our SABC Coalition said the SABC needs to provide more clarity on the policy and they are considering a legal challenge if the policy appears out of line with the broadcaster’s mandate.

Asked about the issue on Monday, Public Protector Thuli Madonsela said if the matter came to her office she would ask whether the decision was made according to the correct processes by the right decision-making body.

The media and state, however, have often been criticised for prioritising violent protests rather than peaceful demonstrations. Centre for Applied Legal Studies Attorney Zeenat Sujee has noted how peaceful protests are overlooked, leading to violence.

“Perhaps violent protesters are not the disorganised hooligans but very astute and mobilised communities who see that their cause will receive government and media attention only when the first rock is thrown,” she said.

This, perhaps, is the key issue relating to the relationship between violent protests and the media. President Jacob Zuma said recently, “Burning schools, libraries and university buildings means burning the future. History will judge those who burn university buildings and schools very harshly. There are some who claim that people resort to violent protest because this is the language that government understands. Any analyst or leader who says that is completely mistaken and should reconsider this position.”

But both the media and the state do appear to approach violent protests with more urgency because there is more at stake: roads can be closed, people can be hurt, stores can be looted, public buildings can be set alight.

Critics argue that the SABC’s new policy on protests does not attempt to open up a discussion on how the media interacts with protests, or how it could seek to cover community issues and peaceful protests more thoroughly. They claim it denies citizens their right to be informed and appears to be an act of censorship ahead of the elections.

The SABC meanwhile is facing a fresh allegation of political bias towards the ANC after the DA was told its advertisements couldn’t be broadcast because there were not yet slots for political party ads ahead of the elections and that the ads needed to be amended.

The DA said adverts were paid for, not requiring political party slots, and it had not been told of the need to amend them.

“These are blatant lies. These are paid advertisements, and there is no need for allocation of slots. This is pure nonsense,” said the party’s Van Damme on Monday. She claimed the SABC was trying to protect the ANC and said the DA would file a complaint with the Independent Communications Authority of SA. DM