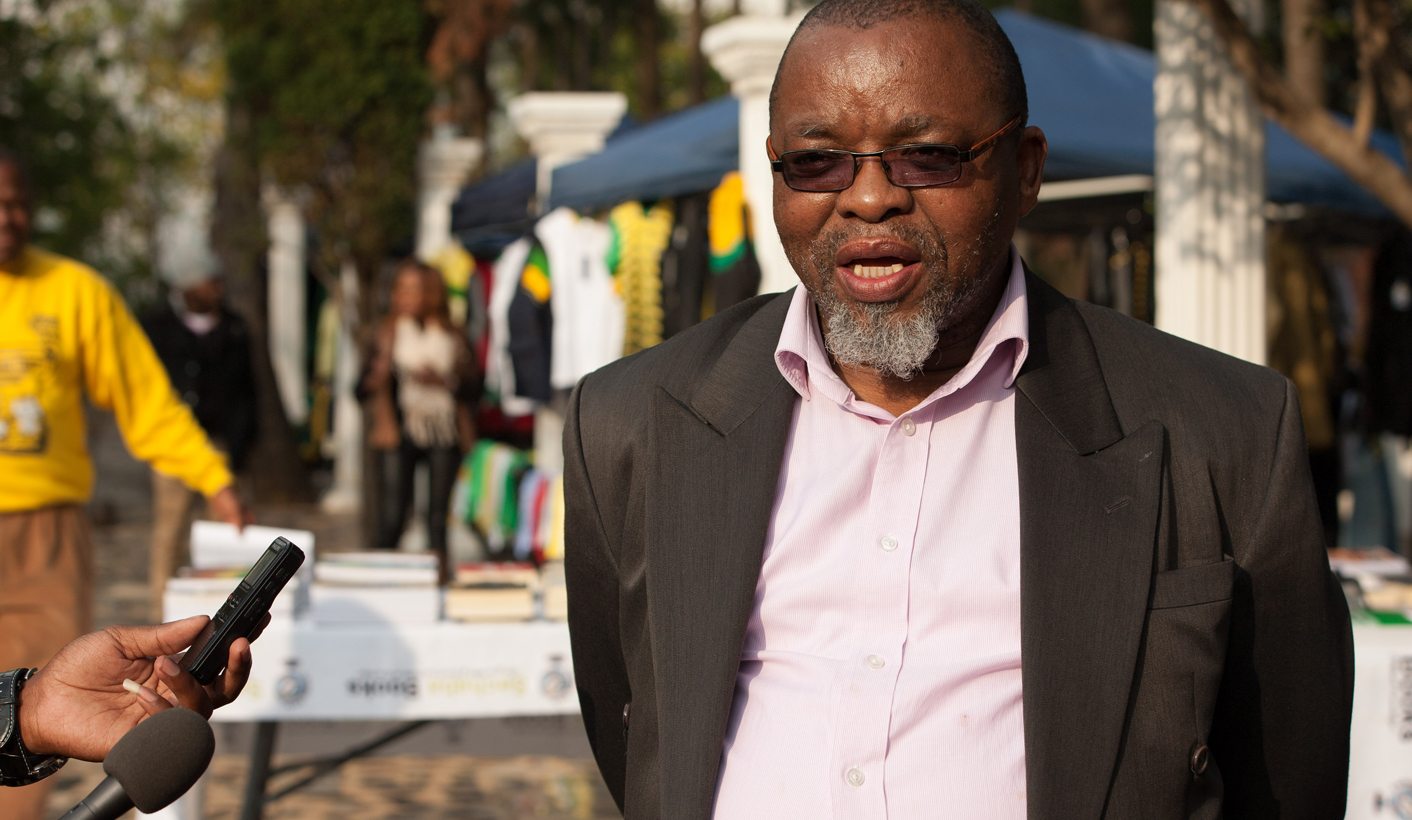 As the ANC on Friday met to finalise its list of candidate councillors for the August local government elections, Secretary General Gwede Mantashe said desperate individuals were making the process more difficult. By GREG NICOLSON.

The party’s national list conference, led by Mantashe, began in Pretoria on Friday and over two days will deal with proposed lists for candidate councillors from each province for the country’s 278 municipalities. The conference will not decide on the ANC’s candidates for mayoral posts, which the party has said it will announce at some point before the 3 August elections. This weekend will also see a meeting of the ANC’s national executive committee (NEC).

“What we’re finalising this weekend is the list of councillor candidates of the African National Congress,” said Mantashe on Friday afternoon. Once the lists are finalised, candidates will be registered and vetted, their fingerprints taken and criminal records checked.

Political parties and independents have until 2 June to submit their list of nominations for ward candidates, proportional representation candidates and district council candidates to the Independent Electoral Commission (IEC). A total of 53,757 candidates contested the 2011 local government elections.

Mantashe said while finalising its lists of nominees the party is dealing with challenges of people lobbying for positions. “Many problems have everything to do with individuals who want to be councillors willy nilly,” said the secretary general outside the conference venue at the St. Georges Hotel. Those wanting to be candidates for councillor posts were continually making demands and issuing ultimatums, such as threatening to join another political party if they are not the ANC’s chosen candidate, said Mantashe.

He has been continually contacted by such individuals, he said. Mantashe said that on Thursday he received 12 text messages from different numbers regarding an individual who wanted to be on a nomination list, but the text was exactly the same in each message.

“That is the desperation from these people.”

“We’re not going to take any decision on the basis of emotion. We’re going to make decisions on the basis of facts,” added Mantashe, who said that so far the conference was proceeding well.

During the party’s 8 January address this year, President Jacob Zuma emphasised the role of branches in choosing its candidates. “We remind branches that we select three nominees at an ANC branch meeting and present our nominees at a community meeting,” he said. After a community screening committee confirms a list, it goes to regional committee, then a provincial committee, before finally ending up at the national list conference. The ANC should confirm the choice “unless there are overwhelming and compelling reasons to the contrary”, said Zuma.

The party has emphasised the role of the community in choosing its candidates, a signal that lists would not be imposed, which has caused internal party trouble in the past. However, complaints of imposing candidates continue.

Outside St. Georges Hotel on Friday about 20 people protested against lists being changed to exclude preferred candidates in the Sol Plaatje sub-region of the Francis Baard region in Northern Cape. The protesters claimed that of nominations for over 30 wards in the sub-region, 21 lists had been changed by officials higher up in the provincial structures. “We don’t know nothing about that list from branches,” said ANC member Kagiso Mokubung. He was there, he said, because he hoped the party could rectify the problem.

Photo: ANC supporters from the Sol Plaatje region demonstrate outside the ANC’s national list conference in Pretoria on Friday, claiming preferred candidates were not chosen as nominees for the upcoming elections. (Greg Nicolson)

Mantashe said there was “an element of mischief” to the protest. The secretary general said those with grievances from the area had been through the different processes where they could raise issues and they were listened to. “To be here is just sensationalising their issues,” he said. Mantashe also said if branches believe the list of their preferred candidates has been changed, they can take the issue up with the regional committee, then the provincial committee, and then a national appeals committee, if necessary. According to a report in The Star the ANC had investigated the issue in Sol Plaatje and found irregularities in the nomination process in 20 branches in the region.

With councillor positions often being seen as linked to lucrative rewards, they can be highly contested and a number of irregularities have been reported in the ANC’s process in the run up to the national list conference. Mantashe maintained the party has throughout the process listened to those with grievances as it democratically seeks to put the best candidates forward. DM