ISS TODAY: Where are all the women in Kenyan politics? 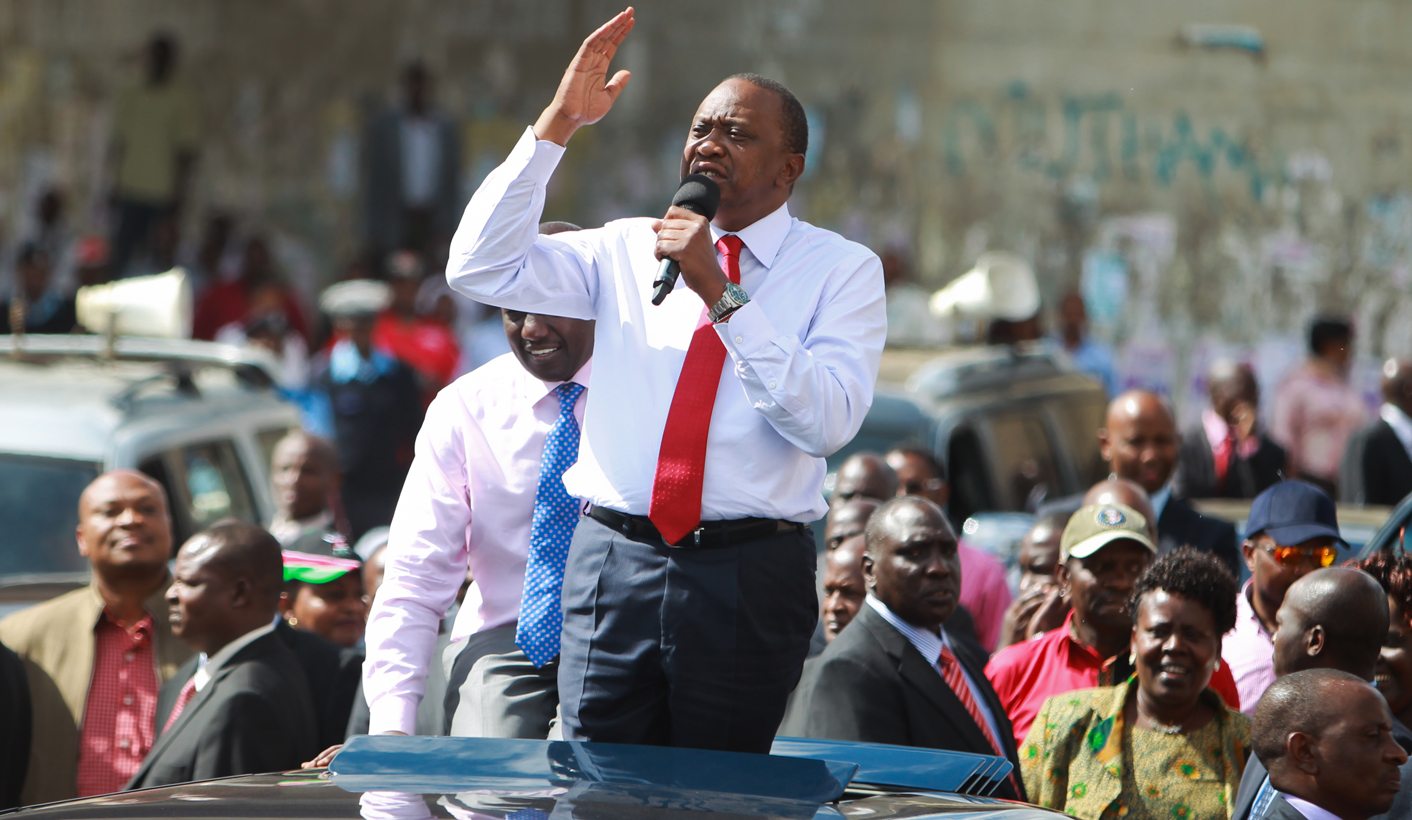 Worldwide, many advances have been made to improve gender equality in the political, economic and social spheres. In Kenya, however, women continue to be discriminated against in many areas of society. By Sebastian Gitumu for ISS TODAY.

Although women comprise 52% of the Kenyan population and 60% of the country’s registered voters, political representation is heavily skewed in favour of men.

From 2007 to 2013, the number of women parliamentarians remained low, at 9.8%. Some progress has since been made in the current parliament, with women members of parliament now comprising 19.5%.

Nevertheless, this percentage still falls short of the target set out in Article 81 of Kenya’s Constitution, which states that “not more than two-thirds of the members of elective public bodies shall be of the same gender”. It also goes against the United Nations Security Council resolution 1,325 on women, peace and security, and the recently launched Kenya Action Plan, which also calls for active women’s representation and participation in decision-making and political processes.

The situation in Kenya compares poorly with neighbouring Rwanda, Uganda and Tanzania, which have managed to attain 33% women’s representation in their respective parliaments.

Historically, women who seek leadership positions in Kenyan politics have often been undermined by attacks on their character, family and sexuality. Between 1963 and 1969, no women were elected or nominated to parliament. Between 1969 and 1974, women constituted less than 1% of the elected MPs.

With regards to women representation in East Africa, Rwanda leads with 64% of parliamentary seats held by women. Uganda and Tanzania are also among the best performers on the continent, with more than 35% women MPs. These countries also have among the region’s highest economic growth rates. Rwanda and Tanzania both achieved growth rates of above 7% in 2015, while Kenya’s economic growth is only projected to rise to 5.9% in 2016 and 6.1% in 2017. Could this be improved by greater participation of women in the country’s political and economic decision-making?

Kenya’s devolution process and the creation of 47 counties was an opportunity to shape and improve the role of women in leadership positions across the country. This has, however, not materialised given the lack of political will to implement the more progressive gender imperatives outlined in the country’s constitution.

On 27 April and 5 May 2016, a bill was tabled seeking to amend the constitution to allow for more women to be nominated to parliament. The proposal is also meant to ensure that the country complies with Article 27 of the constitution, which calls for equality and freedom from discrimination. On both occasions, the bill was thrown out due to a lack of quorum in the parliament. The bill states that if elected women do not meet the two-thirds gender rule, the remaining number must be filled through nominations. This bill would have provided new hope to break historical injustices against women in Kenya.

This idea is, however, also associated with tokenism – as argued by some of the MPs who boycotted or voted against the bill. Some argue that the situation of nominating additional women MPs may have weakened healthy competitiveness among women in the political arena. Proponents of the bill, however, counter that it would have provided an opportunity for Kenya to start living up to the commitments outlined in the constitution.

The most important intervention needed would be to establish a level playing ground for political competitors, across gender lines. This can only be happen if the leadership is committed to affirmative action and women empowerment, as has been the case in Rwanda.

Many Kenyan women who have tried carving out a political career have directly or indirectly had their aspirations thwarted due to entrenched patriarchal views. Today, a number of women leaders are fighting for their positions. After the recent Kenya Defence Forces attack in Somalia in January 2016, for instance, a number of politicians rallied behind the president to remove Defence Cabinet Secretary Raychelle Omamo. Was that because she is a woman?

Nancy Baraza, Kenya’s first woman Deputy Chief Justice and a member of Kenya’s first supreme court, was suspended in January 2012, and forced to resign following an altercation with a security guard at the Village Market in Nairobi. To date, her female successor, Kalpana Rawal, is fighting for her position in the corridors of justice.

Monica Juma, Kenya’s Foreign Affairs Principal Secretary, was once under threat of impeachment from members of the current parliament. Sarah Serem has also fought to remain in her position as the chairperson of the Salaries and Remuneration Commission, while former judiciary chief registrar Gladys Shollei had been forced to leave office due to corruption allegations.

This disproportionate and continued attack on women raises eyebrows as the country slowly loses women in leadership positions. The media have partly been blamed for toeing the patriarchal line and thereby perpetuating the woes afflicting women in power. Women leaders will therefore need to work closely with media practitioners; not only to challenge stereotypical narratives, but also to ensure that their success stories are given due coverage.

Kenyan society needs to encourage women to compete and participate in elections and political processes. Party nominations, electoral campaigns, justice systems and affirmative action should prioritise changing the status quo. The Office of the Registrar of Political Parties; Independent Electoral and Boundaries Commission, and the Judiciary, Ethics and Anti-Corruption Commission must work with civil society organisations, security agencies and media to ensure gender equality in politics is provided, promoted and protected.

Party nominations to elective positions must take cognisance of the gender requirement stipulated in the constitution, and the country should be guided by the spirit of the UN resolution 1,325 — including the Kenya National Action Plan, the Convention on the Elimination of all Forms of Discrimination against Women and the Maputo protocol. The frameworks to make gender equality a reality already exist; Kenya must now walk the talk to make it happen. DM

Sebastian Gitumu is a researcher at the Institute for Security Studies. This article first appeared on ISS Today.

Photo: Kenyan President Uhuru Kenyatta (R) addresses the public from his car during his home coming celebrations road tour after he landed from the International Criminal Court (ICC) at the Hague for his pretrial, at the Jomo Kenyatta International Airport (JKIA) in Nairobi, Kenya 09 October 2014. EPA/DANIEL IRUNGU