In Kenya, plastic is not fantastic 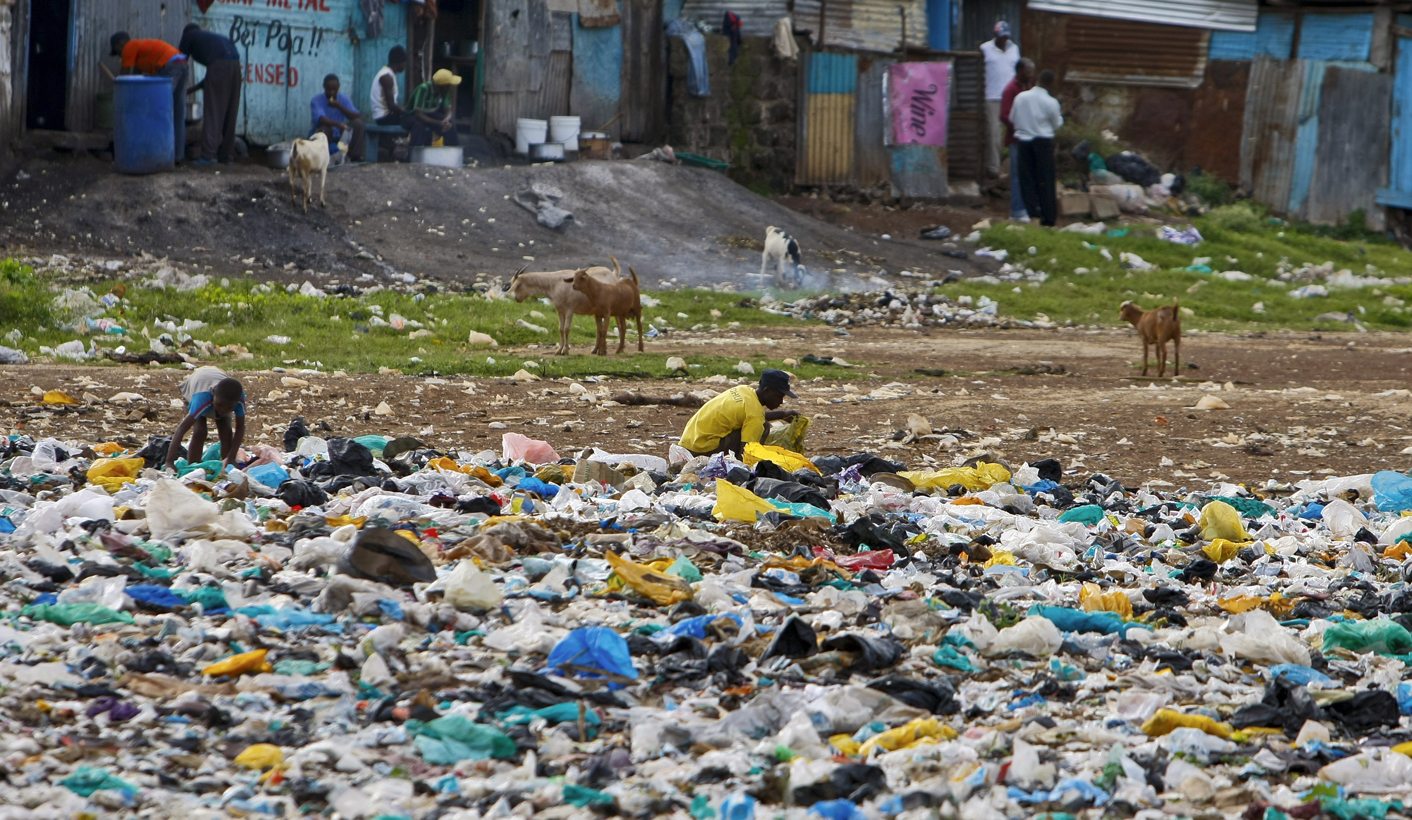 Plastic bags are becoming a major environmental hazard for citizens of Kenya. Government attempts to curb the problem have stalled or failed, leaving it up to local activists to try to fix the problem. By NJERI KIMANI.

In 2011, the Kenyan government banned the manufacture and import of plastic bags. The intention was good: to protect against the environmental hazard that plastic bags have become. The implementation, however, was poor, and plastic bags remain an all too prominent feature of the Kenyan landscape.

An earlier ban, in 2007, on plastic bags less than 30 microns thick, failed after manufacturers and retail outlets threatened to pass on the cost of using other materials to the consumer. Politicians fought the ban amid suspicions that they benefitted financially from plastic bag manufacturers, and it was never enforced.

But civil society campaigners are renewing the fight against plastic bags in Kenya, arguing that they pose a real threat to the health of citizens. Plastic bags have been implicated in a recent outbreak of cholera, which has killed 246 people – the water-borne disease thrives in drains that are blocked by plastic bags.

For James Wakibia, an environmentalist, eliminating plastic bags is a personal war. Having lived in London estate on the outskirts of Nakuru town, right next to the Gioto dumpsite, one of the biggest in the country, Wakibia watched a plastic bag mountain be created in front of him.

In 2013, he felt he had to take action. After the establishment of the county government (following Kenya’s devolution process), Wakibia collected 10,000 signatures seeking the relocation of the dumpsite.

“We held a meeting with the Chief Officer of Environment, Richard Rop, who promised that the government would use 52-million Kenyan shillings (R7.8-million) to control the garbage, with half of that amount going into fencing the dumpsite. Three years down the line, nothing has happened,” he added.

Wakibia analysed the type of garbage that was trashed in the facility, and realised that it was mostly plastic bags. “I knew if I had to solve the crisis I needed to deal with the small plastic paper bags, popularly known as the single use bags, that flew everywhere,” he said.

His frustration increased when he came across a report saying that 20 thousand tonnes of garbage are collected in Lake Nakuru, one of Kenya’s largest water sources, every year. He believes this garbage is responsible for the rise in water levels in the Lake, which is threatening local homes and livelihoods.

Wakibia looked around the country to see how other Kenyan counties dealt with the problem.

“Nairobi County had admitted that 70 percent of the garbage collected was [plastic] bags. Lamu, Malindi and Kisii and had also indicated that they would deal with the issue,” he said.

In December 2015, Wakibia presented another 10,000 signatures to Nakuru County Clerk Joseph Malinda, which called for the total ban of plastics below 100 microns. Nakuru county legislature is considering the petition, and has sent a team to Gioto dumpsite to assess the severity of the problem.

Naturally, there is fierce opposition to all proposed bans from plastic bag manufacturers. Githinji Kinyanjui, the managing director of Cocorico Investment, a polythene manufacturing firm in Nairobi, challenged the government to come up with a better way of cleaning up the plastic bags mess.

“There should be separate bags for different garbage in the homes. Our challenge is when we mix bags and other dirty garbage. We actually have a shortage of clean polythene bags for recycling,” says Kinyanjui. He said it is impossible to ban the bags, saying that the high demand for them is market driven.

Nakuru County Speaker Susan Kihika called for the enforcement of the law passed in 2007 that would see the total eradication of small plastic bags in the country.

“When we control plastic bags menace we immediately deal with issues like water borne diseases including cholera and dysentery which are basically as a result of blocked and clogged drainage in the county,” said Kihika.

Along with governments, Wakibia believes that businesses can play a vital role in fixing the problem.

“Supermarkets are the biggest producers of plastics, with an estimated one million bags behind distributed in the country annually. Unfortunately they do not follow up on where the bags end up and hence they are the biggest culprits in the environmental degradation. They should be the ones on the forefront in creating awareness and running environmental campaigns,” he said, proposing that supermarkets introduce customer reward points for people who use recyclable bags instead.

Environmentalist Emily Kimani said that the easiest way to curb the menace was to create a regulation to bar their manufacture.

“Currently we do not have better mechanisms to control their spread in the country and the only way to do so is to completely stop their manufacture,” she said. DM

Photo: A slum dweller picks garbage at a dump site as goats roam around near the community field of Mathare slum, in Nairobi, Kenya, 22 May 2010. EPA/DAI KUROKAWA