ICG: Conflict in the Equatorias 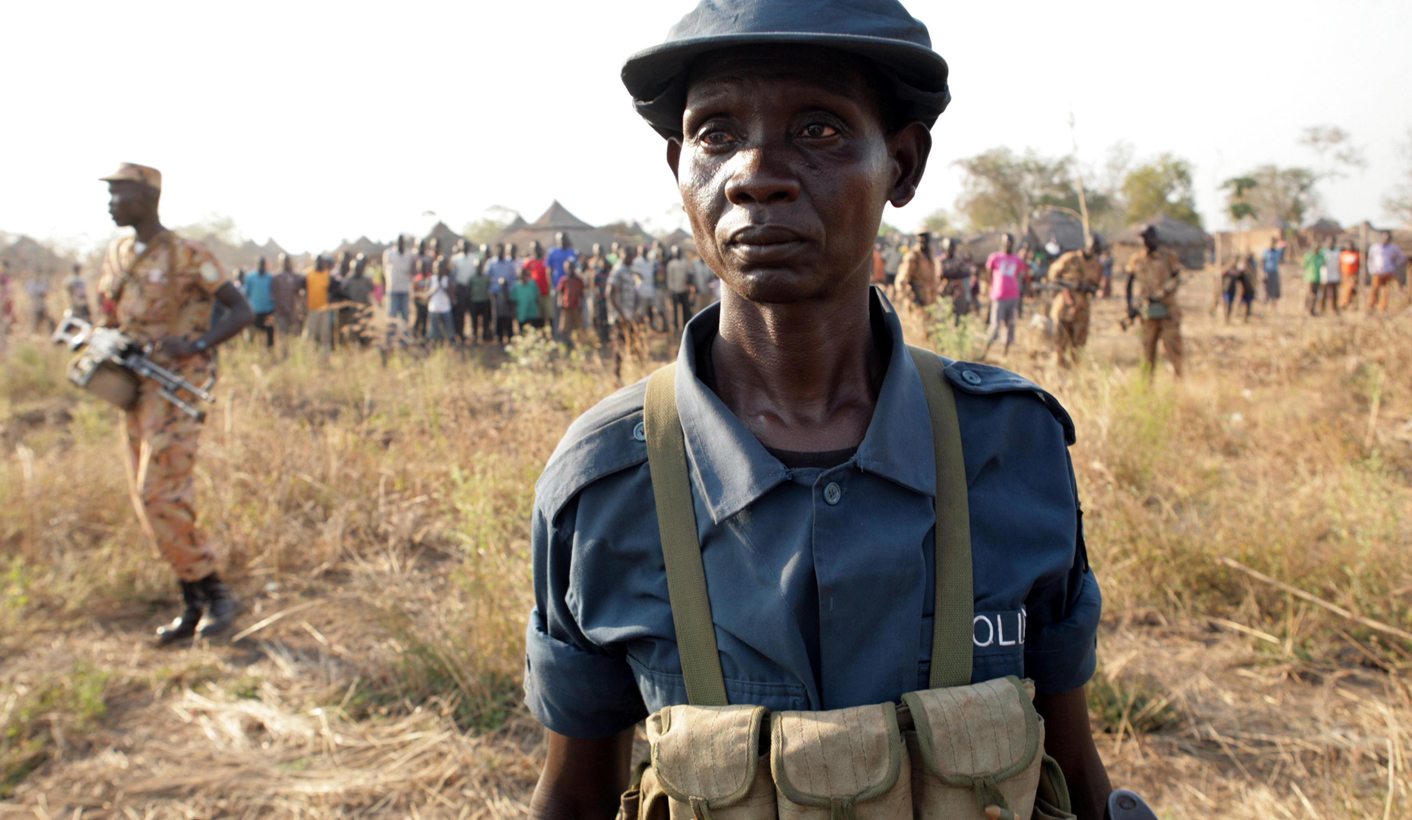 Though they were not then a battleground, South Sudan’s civil war created the conditions for new conflicts in the Equatorias. Executive summary and recommendations by INTERNATIONAL CRISIS GROUP.

The formation of a transitional government following Riek Machar’s return to Juba in April marked the most significant milestone of the August 2015 Agreement on the Resolution of the Conflict in the Republic of South Sudan (ARCSS) that ended the twenty-month civil war.

Yet the ARCSS, designed to address a war primarily fought between the government and the Sudan People’s Liberation Movement/Army-In Opposition (SPLM/A-IO) in the Greater Upper Nile region, is an imperfect solution to other conflict fault lines, notably in the Equatoria region. Conflicts there are driven by a combination of national governance issues – federalism, security sector reform and a new constitution that the ARCSS addresses, and localised grievances. Though the Equatorian conflicts appear to be on the wane, the agreement’s ability to address national political and security governance issues as well as regional-specific questions about the status of Equatorian opposition forces will determine if they revive.

Conflicts in the Equatorias, particularly in the west, intensified following the ARCSS signing, leading to persistent violence and displacing more than 100,000 people in eight of the region’s 23 original counties. The SPLA-IO capitalised on mounting grievances with a deliberate policy of support and incitement to rebellion, helping turn localised violence into low-level armed combat. This prompted retaliation from Juba that further escalated the situations.

At its core, the multiple Equatorian conflicts are based on political differences and unresolved grievances between the national government and some local communities, not between the government and SPLM/A-IO. Many Equatorians believe the government and its army (the SPLA) serve a single ethnic group, the Dinka (who are cattle keepers, government officials, businesspeople and soldiers throughout much of the region); many Dinka believe they bore the greatest burdens of the independence struggle, including famine and the depredation produced by raids on their communities, while areas such as Western Equatoria were largely spared. Nevertheless, most Equatorians are not rebelling against the government, and where there is fighting, different armed groups have their own casus belli.

Though they were not then a battleground, South Sudan’s civil war created the conditions for new conflicts in the Equatorias. After fighting broke out in December 2013, old suspicions about Western Equatorians’ commitment to the Sudan People’s Liberation Movement/Army (SPLM/A) seemed vindicated, as the region struggled to meet a government recruitment quota, and many sought to keep out of what they saw as a “Dinka-Nuer war”. In 2015, Equatorian governors presented an independent position to the Intergovernmental Authority on Development (IGAD, the regional organisation). The September 2015 sacking and subsequent detention by President Salva Kiir of the popular elected Governor Joseph Bangasi Bakosoro, the strengthening of relations between Dinka cattle keepers and the SPLA against the agricultural majority and the harsh suppression of local rebellions are seen as consequences of Equatorian “neutrality”.

Determinations over whether Equatorian armed groups are eligible to join the ARCSS cantonment process as “forces previously in combat” at the time of signing have been complicated by the warring parties. The SPLM/A-IO has claimed the Equatorian rebel groups and operations as their own, though they sometimes have not been. The government denies the SPLA-IO is active in the region, which would make Equatorian combatants ineligible for the cantonment, but some still allege SPLA-IO ceasefire violations in the Equatorias. Mutual obfuscation is compounded by the failure of ceasefire mechanisms to investigate peace agreement breaches in a timely fashion and identify armed groups’ relationships to the SPLA-IO. Failure to find a solution for forces which joined the fighting after the agreement was signed in August 2015 could lead to continued combat, a rift within the SPLA-IO and decisions by forces not deemed eligible to continue to fight in response.

Most Equatorians want the bloodshed to end; they do not want to fight the government or anyone else. Formation of the transitional government in Juba has furthered the move toward peace; Equatorians are well-represented in it, leading two of the three security ministries, and Bakosoro has been released. The tools to end conflict in the Equatorias are available, within the August peace deal and through church-led local peace efforts in conflict-affected communities.

The process to draft a permanent constitution, based on the principle of a federal system and with an Equatorian, Dr Richard K. Mulla, in a key position as federal affairs minister in the transitional government, gives Equatorians opportunities to present their federalism positions. The Strategic Defence and Security Review (SDSR) will make recommendations about ethnic composition of the security sector, its structure and counter-insurgency responsibilities and approaches within an overall security policy framework. Beyond ARCSS processes, reconciliation between agricultural and pastoral communities, supported by a balanced approach from Juba, is necessary to prevent further violence and enable implementation of the agreement. Without a determined commitment by political leaders to peace, not war, however, such efforts will fail, and low-level conflicts could continue indefinitely.

To build sustainable peace in the Equatorias

To the Transitional Government of National Unity (TGoNU):

1. Ensure full implementation of the permanent ceasefire in the Equatorias.

2. Resolve eligibility criteria for cantonment, specifically in the Equatorias and Bahr el Ghazal.

4. Address the escalation in pastoralist-farmer conflict by:

a) implementing the presidential decree ordering cattle keepers to leave parts of the Equatorias;

c) seeking to resolve conflicts in neighbouring states, such as Lakes and Jonglei, that drive cattle keepers from their homes in greater numbers.

To the Ceasefire and Transitional Security Arrangements Monitoring Mechanism:

5. Investigate reported violations in the Equatorias, including military resupply of forces, in a timely fashion, paying special attention to the precise relationship between different Equatorian forces and the SPLM/A-IO.

To the Joint Monitoring and Evaluation Commission (JMEC) and diplomatic community:

6. Prioritise the following to stop conflicts in the Equatorias:

a) support for the TGoNU in resolving eligibility criteria for cantonment in the Equatorias and Bahr el Ghazal;

b) formation and funding of the National Architecture for the Permanent Ceasefire and Unification of Forces to ensure implementation of the permanent ceasefire and oversee forces in cantonment; and

c) making clear to the warring parties that continuing conflicts in the Equatorias would be a serious ceasefire breach.

7. Ensure that Equatorian perspectives are given due weight during constitution drafting, the Strategic Defence and Security Review (SDSR) and other political processes.

To the Strategic Defence and Security Review (SDSR) Board:

8. Consider, in the context of its effort to create a new security policy framework and defence policy, the problematic nature of insurgency and current counterinsurgency policy.

9. Facilitate local peace agreements as and when appropriate between the TGoNU, armed groups and armed youth, local communities and cattle keepers.

11. Maintain impartiality and transparency in accessing and serving displaced populations.

12. Ensure adequate staffing and effective risk management strategies are in place, so that, when humanitarian access is secured, agencies can deliver necessary services to populations where they are located, and those populations can feel comfortable accessing the assistance.

To the UN Mission in South Sudan (UNMISS):