Election violence, out of the bottle 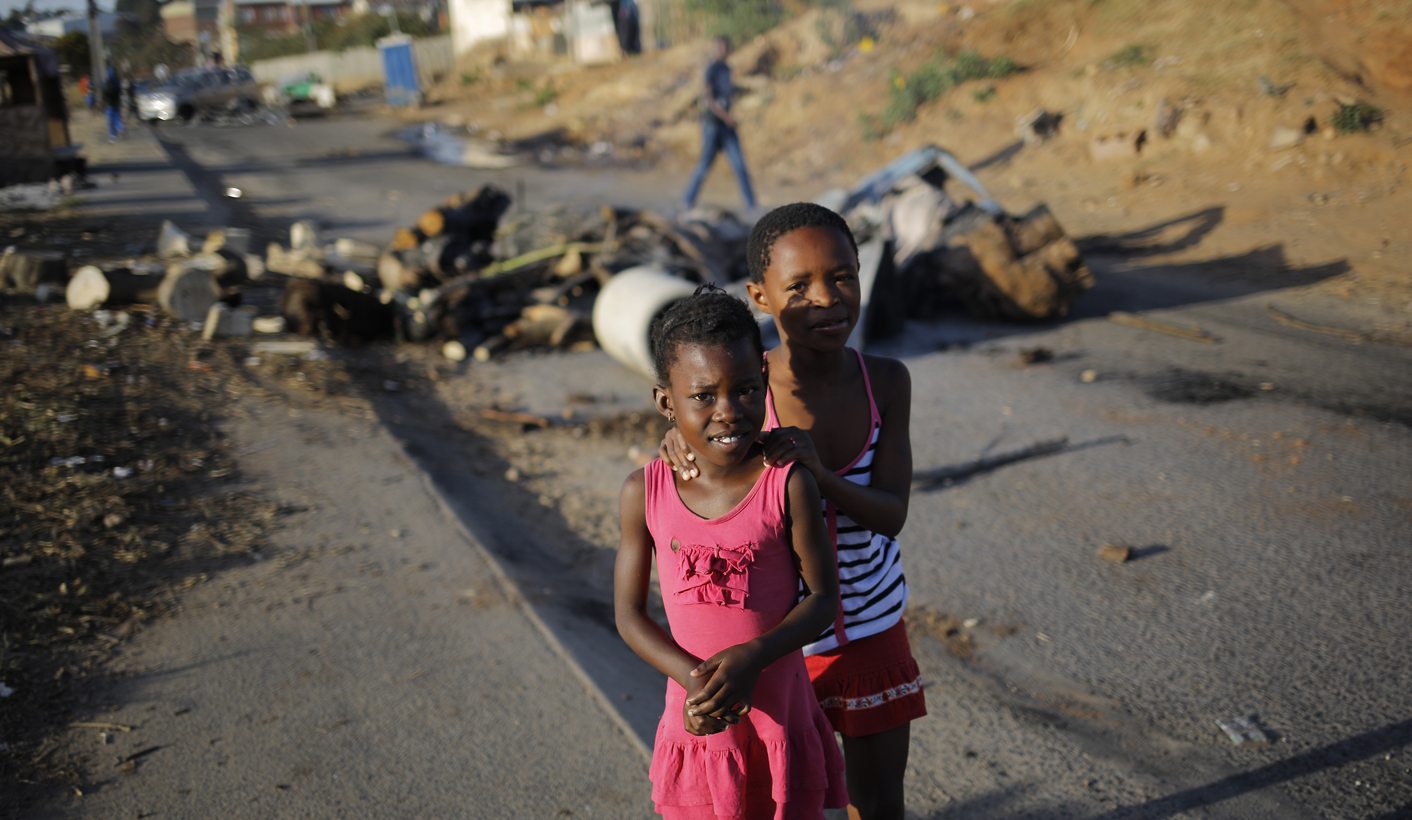 Anyone who thinks South African politics is for sissies has simply not been here. It has always been thus. The violence of the apartheid regime followed the violence of colonialism and the Boer War; 1994 was supposed to be the watershed, the last time we had to worry about political violence. But to listen to some people on the campaign trail, and more worryingly, to observe their actions, is to fret that we could be plunged back into the nightmare of people being attacked for wearing certain shirts, of no-go zones, of police Nyalas at every political meeting. It may be that no one is innocent here. But those who have created this climate must bear ultimate responsibility. And that means the ANC has a very special responsibility here. By STEPHEN GROOTES.

On Wednesday afternoon the Economic Freedom Fighters (EFF) claimed that in just one week their members had been stopped from having meetings in at least two different parts of the country. They claim that people wearing ANC T-shirts attacked them, that they were armed, sometimes with sticks, sometimes with worse. The EFF believes that this shows the ANC does not believe in democracy, and does not believe in tolerance.

Unfortunately, this is not the first time that this has happened. Just last week the DA’s mayoral candidate for Ekhuruleni, the Struggle-surnamed Ghaleb Cachalia, said that two planned meetings there had to be abandoned. In both cases, it was people, again, wearing ANC T-shirts. When asked if this was indeed the case, the regional head of the ANC in Ekhuruleni, Mzwandile Masina (who is also a DTI deputy minister, ally of Zuma and former convenor of the task team that ran the ANC Youth League for a time) said that his members had only gathered to defend a clinic from the DA. He then said they had been told the DA was going to burn down this clinic.

We have seen many things in our politics, but one thing that we have not seen is the DA ever threatening, or actually carrying out, any act of violence or destruction. To do so would be to cost them votes in the rule-abiding middle classes that they crave so much.

But the ANC tries to defend itself against these claims. It says, in response to the EFF’s comments, that it condemns any violence, that it simply will not tolerate this, that it has signed the Electoral Commission’s code of conduct. It also says that the EFF has itself been guilty of intimidation in North West. Which is a bit like saying that two wrongs make a right.

Unfortunately, if we look through the recent history of political violence in this country, it would appear that it is almost always people wearing ANC T-shirts attacking people belonging to other parties. Before the introduction of the EFF into our politics, and outside of one or two small incidents involving the IFP (after 1994 of course, the IFP was a completely different beast back then) all the pictures that we’ve seen of this have involved people in ANC T-shirts attacking other people (with the exception of regional IFP vs NFP violence).

By and large, the ANC has condemned these. But what it has not done is being seen to act decisively. We have not had people being identified and expelled for doing this. The defense is always the same: the people may be wearing our regalia, but they are not necessarily ANC members. Worse, Luthuli House never seems to go on the offensive on this issue, it always responds. Instead, it could launch its own campaign, and issue statement after statement, give speech after speech, about how anyone in the ANC, or who supports the ANC, is actually damaging the movement by behaving violently.

If this seems tough on the ANC, so be it. But we also have to consider the greater political climate, and the example that its leaders have set.

In 2011, just before local government elections that year, there was an event to mark Freedom Day at the Union Buildings. When the speaker from the DA moved to the podium he was booed. There seemed to be no reaction from the ANC leaders on the stage, no fatherly dressing down, no explanation about how this went against all the best traditions of the ANC. Imagine what Kgalema Motlanthe would have done, perhaps even, on a good day, Thabo Mbeki (although he had no time for Tony Leon, and had to be bullied into even meeting him as head of the opposition). Instead, this time, there was nothing.

And this has happened time and time and time again. At a big national event, the people from non-ANC parties are booed or insulted. And, to make things worse, events billed as “national” in character have been turned into ANC events. Just this last weekend there was a national “prayer event” in Durban. Just about everyone in the stadium was wearing ANC regalia and President Zuma was offered a divine blessing for the “third term”. What would have happened if Julius Malema had rocked up with two hundred of his mates wearing red?

Violence surely. And who would have been to blame. Both sides maybe, but still, the ANC more than the EFF. Malema’s argument would have been simple; it’s a national event, we came. It’s not my fault your people can’t control themselves.

Unfortunately, it actually gets worse. At the University of Fort Hare the electricity and lights in a building where Helen Zille was speaking were once turned off. In another incident, the then registrar of the university, Professor Mike Somniso, was caught on tape discussing how the Umkhonto we Sizwe Military Veterans Association should be used to disrupt the new DA-controlled SRC. Just to be clear here, we’re talking about an academic suggesting the violence be used by military veterans to attack young people from another party.

Where was the anger, the “not in our name”, from Luthuli House? Where was the angry Gwede Mantashe demanding that Somniso be fired? And when then Eastern Cape ANC leader Nceba Faku told a crowd “Burn Herald Burn” (the Eastern Province Herald is a Times Media Group-owned newspaper), he was simply allowed to go on his merry way by the national leadership.

In this country, where politics means so much to so many people, because they are so poor, it is surely criminal to uncork the genie of violence. It will be impossible to put back. As contestation for political power grows, as the stakes get higher, as politics becomes a way out of extreme poverty and into the middle class for so many, the outlook for more violence is high.

This is something only the ANC can fix. Malema and Co could turn the other cheek, but by and large they are reacting to a situation, not creating it. And if the ANC does not act, we are all going to be the poorer for it. And some of us will be dead. DM

Photo: Children watch as a clean up operation by a local shop owner takes place after overnight violence in the Alexandra township, Johannesburg, South Africa, 10 May 2014. EPA/KIM LUDBROOK