Op-Ed: You Will Never Eat Lunch in this Town Again 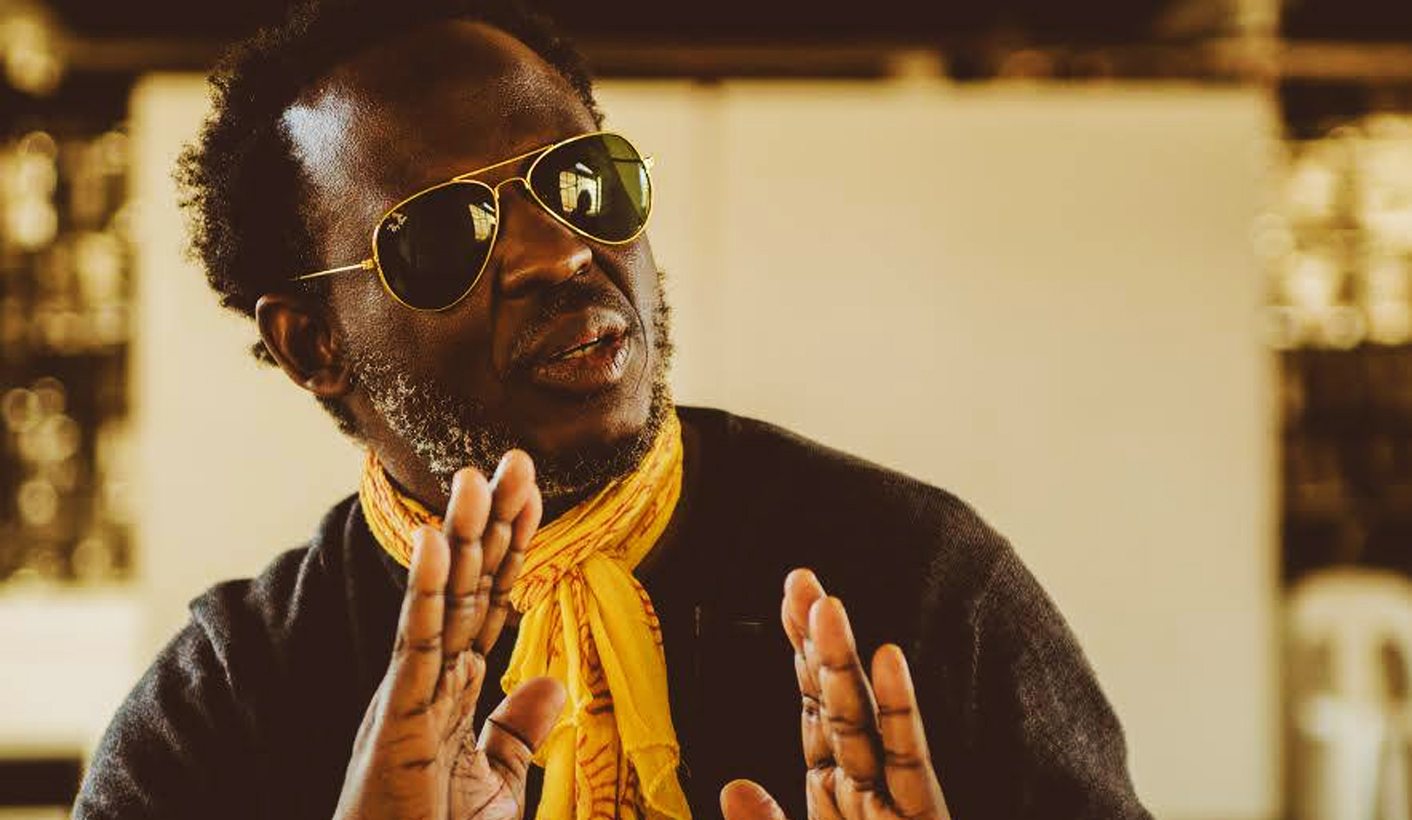 Author, social critic and essayist BONGANI MADONDO on why White South Africa cannot continue calling Eugene De Kock, Die Kak !, when they are not yet out of the Shit Box itself.

Franschhoek is not even a proper name. But is South Africa – a disconcertingly beguiling if, often, a dark twisted quilt of disparate climates, tribes, both black and white, an incongruent slap-dash of lands made into a “union” named for their geographical location – even a “proper” name, itself?

To millions of South Africans, Franschoek is not even a dream. Few can point it out on the map… well, now even my granny knows how to navigate Google maps. Perhaps things, to wink at that vagabond troubadour Bob Dylan, are a-changing.

And yet the more they change the more they sink the same, forget staying the same. Speaking to working and chattering classes, in mostly black and coloured areas, I was both amazed and amused, that is when not suppressing chock-holding shock, that so many people in the Western Cape have never been to Franschhoek.

A running joke with my friends in Cape Town goes like: “But you can’t even swim, why you would even want to come here and fish?”

And I’d go: “I am not keen on fishing, and the punch line: “But you are always coming to Fish Hoek.”

“Nah, nah, I am going to Franschoek, not…” and everyone would collapse under torrents of laughter. And that’s the thing. Franschhoek, in its obscure power, stories of wealth, star-anointed chefs, rolling hills, expensive shops, is one hella one major street horse cart dorpie that has had us hooked on tentacles since the first settlers arrived in the valley.

It is a village ensconced on the valley, which got its current character when in 1688 the first French outcasts, refugees, n’ever do-gooders and freaks ex-communicated from France first arrived.

Back then it was going by the the name of Oliefantshoek, named for packs of elephants that used to roam the valley. The first Dutch settlers, who had of course by then stamped their authority over native Africans by force, fire and violence, gifted the place to their fellow European outcasts who promptly named it Coin Francais, which means “the French Corner”.

Today the area still has touristy Cape Dutch architecture and not many French visual memories. Its reputation is quite gigantic for such a little, hidden place, but then again the area, and its neighbouring Stellenbosch, is a spiritual home to some of the country’s biggest billionaires, millionaires, incredible wine, old ladies who populate its annual book festival started by another, lovely, if fantastically idealistic old white lady just like them: Jenny Hobbs and her comrades, although I imagine she’d wince at the use of that descriptor: cadres!

For years the book festival was as obscure as the place itself, and would have remained so had it not been pushed into the headlines by the new crop of black writers who last year rolled into town and started shaking things up at the book festival.

Mind you, I’m saying: shake things up. But they can never shake its core story. The decolonising posse can rescue and add colour to its narrative, maybe burn some ugly book covers or insist the valley be restored to its Khoi name, if anyone remembers it, but that’s as much as they can claim for victory, here.

Franschhoek will remain a white settler colony unless of course it registers an entrance of new black money men, who I betcha will not alter its essence. But something’s changing in Franschoek, if temporarily so: every year during the literary festival, new players arrive, big business follows them, and momentarily the town’s character is sequinned with beautiful colours and textures, languages, and so on. I should know. I am one of the invading troupes.

Authors, and their nannying cultural industry, herein known as the “publishing industry” are, like all sorts of artists, fascinating, self-regarding, cultured, nauseating, inspired, smart, dull, and quarrelsome. One thing you cannot say we lack is drama. Boy oh boy! My tribe is possibly its best potential subject only if they could don their Dorian Gray hats and apply the necessary narcissi microscopic attention on themselves would some of the literature we churn out by the buckets read truly magical.

On the Richter scale of the truly bizarre, the 2016 festival was a rather dull affair, until towards the last day, when the human bomb dropped into town. South Africa’s most notorious, most decorated apartheid assassin – and, I suspect, psychopath – Eugene De Kock, a man who has served, with dignity, over 20 years’ jail time for the atrocities he and his state-sponsored band of marauders committed, arrived in Franschoek totally incognito: Pretty weird for a man of his physical stature, if you ask me.

I need not remind you that Eugene Alexander De Kock endured the necessary public humiliation and punishment his bosses on one hand, and some of the new ruling bosses, who had visited their own brand of bush atrocities on some of their own, in exile, on the other, never had to endure to be accountable for their sins.

In this tragic-farce we call our nation, De Kock, the ultimate fictional hero-turned-villain of our times had accompanied his biographer Annemarie Jansen to the Sunday Times Literary Short Listing soiree, a sort of honey pot and excuse for the publishing industry to, rightfully, celebrate the work of hard toiling authors and get gloriously wasted on the hooch while going about that.

T’is at that cluster-fuck of literary egos (and talent!) that we in the book business are all part of, that De Kock’s re-entry into national discourse(s) played itself out. Apparently some of the attendees – by the last count, I could only confirm three or less names – were traumatised by his presence and one feisty, assured and talented author, Lauren Beukes, gathered the balls and stepped up to him and asked him to leave.

See, his presence there was unwelcome. He was a beast. He does not belong to decent society. He needed to be “disappeared” so as to make “decent” whites look even holier. He needed to be hidden away, just like our government reportedly did when his jail time was up: lock him up in freedom. That’s ideological legalese for: you have served your time, now you are free to go somewhere and never show your face again?

That’s actually neither the sentiments of Beukes nor of those who agreed, tacitly or otherwise. Look, I want to believe they were earnest and did it to protect the emotional being of those emotionally overwrought by De Kock’s presence.

Those who still feel, despite what he has legally paid for his sins, that Eugene Alexander De Kock is still nothing else but Satan’s reincarnate, or simply: De Kak!

I’m loath to trivialise people’s woundedness. None of us has any right to prescribe to victims, the humiliated and scarred, that their pain is locked in the past. It might be. Often, the causes of that pain are found to be lodged at the foreground of their souls.

People had every right to feel uncomfortable and shocked by De Kock’s presence. I don’t think he assumed he was going to roll in there and be welcomed as a hero. Damaged as he is, he doesn’t strike me as the sort of soldier who wears his hubris on the sleeve.

In fact, one of the authors, Palesa Morudu, whose own bother, a young man of 22, was “disappeared” by De Kock, recalled the shock horror of seeing De Kock at the festival, in her insightful Daily Maverick essay, soon after: “I saw a broken man when I looked at him.”

Not the white liberal crowd, like my friend – and don’t be shocked, friendship is about telling each other truths, encouraging space for disagreement, and often telling each other off, all in the name of care, love and maturing in diverse ways – Lauren Beukes, who, by chasing De Kock away assumed, unearned moral high ground over him.

We speak about this so much but I suspect whiteness and a specific ideological DNA of whiteness is immune to hearing us: Black South Africans do not need you to do anything for us even if it is well intended.

Asking De Kock to leave, which is a euphemism for fuck-outta-here, the privileged liberal – and it doesn’t matter that there were black folks who were traumatised – is taking the agency and urgency out of black folks to do things for themselves. To deal with their trauma and shock the way they choose to.

Chasing De Kock from the event, and by implication the festival, is a dishonest act aimed at expunging whiteness of its guilt. If De Kock is a beast, he is a white beast, a product of beastly whiteness that protected and maintained the racial, economic and cultural privilege of all white folks including liberals and white cosmopolites who would rather we swallow the Kool-Aid lie that they were all down with the black folks during the now sexed up “Struggle”.

Whiteness, with its reasonable blacks, will remain whiteness to the majority of black folks who cannot even afford a book, let alone be invited to a book event teeming with whiteness.

To the dispossessed, all white people are, necessarily, part of the problem and as such cannot be expected to be agents of whatever radical redress and self affirmation and healing black folks need and are still not allowed space for.

While De Kock was meted the equivalent of Julia Phillips’ classical if damning take down of Hollywood memoirs, You Will Never Eat Lunch in this Town Again, we wonder how does the liberal white project feel about itself… happy now?

Have white folks ever asked themselves why black folks never threw them all into the raging seas, back in 1994?

Here’s my thing: Had my fellow countrymen taken the trouble of doing that, they would not have the temerity to stand on any soap box today, tomorrow or ever. DM