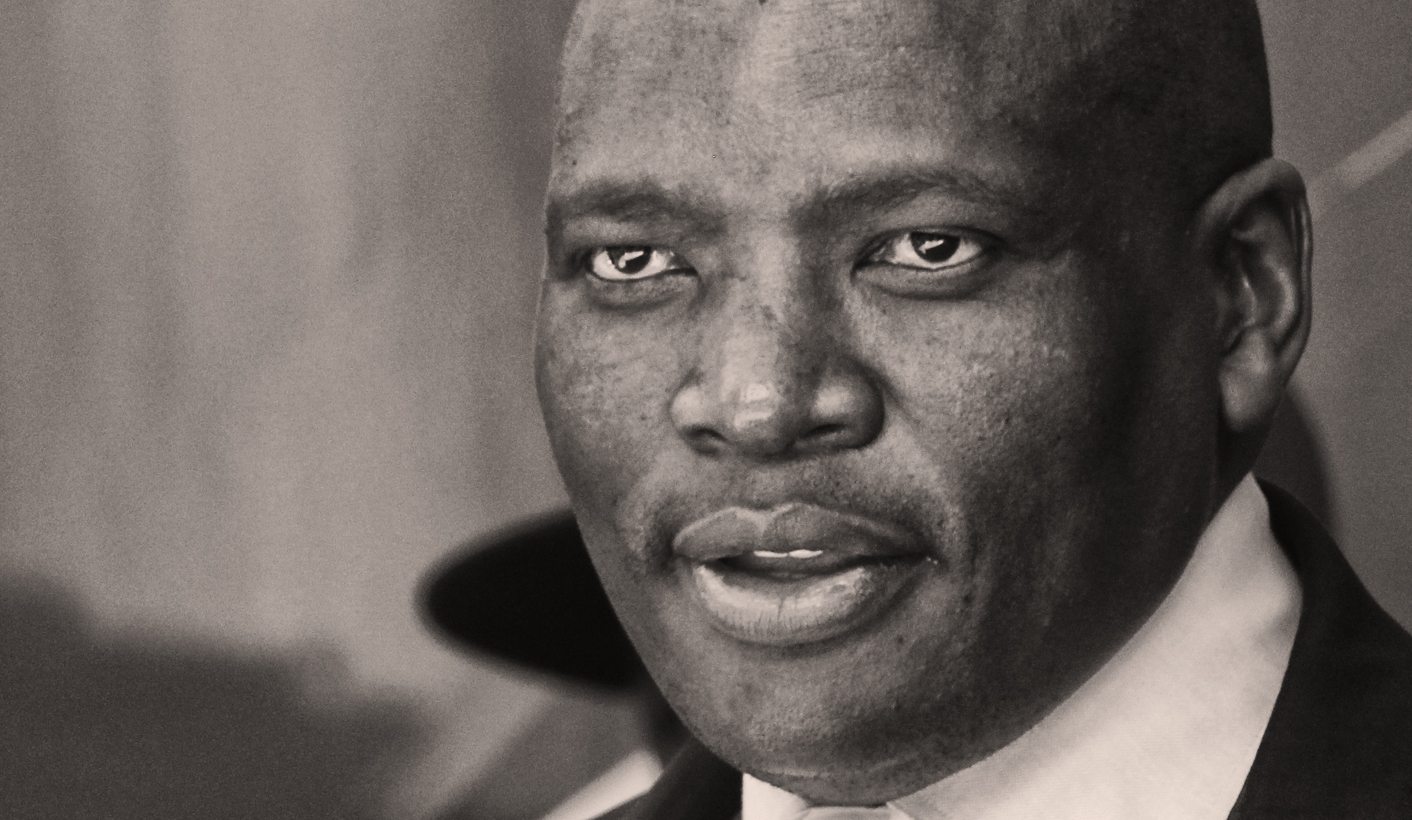 SABC chief operating officer Hlaudi Motsoeneng has been running the legal gauntlet for years and on Monday he took another heavy blow. Still, he always seems to survive and will keep fighting his opponents in court. But if he keeps on losing like this, he won’t be in charge for much longer. By GREG NICOLSON.

The Democratic Alliance (DA) has been persistent in using the courts to challenge Motsoeneng’s appointment and on Monday it celebrated its latest win against the SABC and Communications Minister Faith Muthambi.

“Dismissal of leave to appeal a victory for due process and should see Motsoeneng without a job,” DA MP James Selfe’s press release was titled.

Western Cape High Court Judge Dennis Davis dismissed the SABC’s and Muthambi’s application for leave to appeal a judgment that found Motsoeneng’s appointment from acting to permanent COO was unlawful and irrational. According to a report, the SABC said it will now petition the Supreme Court of Appeal (SCA) directly.

In November last year, Davis said the decision to permanently appoint Motsoeneng, who had been acting as COO since 2011, should be set aside. Muthambi made the appointment despite the public protector making findings against Motsoeneng in her report on the SABC, and the remedial action having not being followed. That report said Motsoeneng lied about his qualifications, purged senior staff and gave others, including himself, irregular pay increases. Basing his finding on a Supreme Court of Appeal judgment which said the public protector’s findings are binding (which has been strengthened since the Constitutional Court ruled on the Nkandla matter), Davis said by ignoring those findings the minister acted unlawfully.

“On any plausible basis, to ignore a binding report and appoint the person to a permanent position when that person is required to be subjected to disciplinary action, pursuant to their conduct as an acting COO, is manifestly an act of irrationality which stands to be set aside,” said the Davis judgment last year. He noted the need for appointments to the SABC to be exhaustively examined in the interests of transparency, but Motsoeneng got the job within a day of the board’s recommendation, without a shortlist of candidates or interviews.

“The dismissal of the appeal is a victory for every person who values our constitutional democracy and independent public broadcasting. The setting aside of the appointment and suspension of Mr Motsoeneng is an opportunity to start getting the SABC back on track,” said the DA’s Selfe on Monday.

In his November judgment, Davis noted Motsoeneng might still be able to get the COO job, if the appeals ever stop and it is advertised.

“Much has been made by respondents of Mr Motsoeneng’s achievements at the SABC and his ‘unique’ ability to be the COO of the SABC. If it is properly shown that none of the allegations made against him are sustainable, it would be unfair and hence premature at this stage to preclude him from such consideration,” said the judge.

Motsoeneng did face a disciplinary hearing, as ordered by another court, also brought an application from the DA, and in December, not unpredictably, it cleared him of all charges. The party has approached the Western Cape High Court to have the inquiry set aside and held again “on the basis that it was fatally flawed and amounted to nothing more than a stitch-up to shield him from accountability which we contend is at odds with the remedial actions as ordered by the public protector”. The DA wants the court to order the SABC to suspend Motsoeneng while a new disciplinary hearing is held by an independent person, with sessions open to the public.

“The DA will not accept the outcome of the original disciplinary which we contest is not rational or tenable in law and and we have taken it on review to establish that no one is above the law and that even those close to President Zuma are not above it,” the party said when it lodged its court papers.

On Monday, the party said the minister’s repeated court losses show she doesn’t respect the law and “has managed the SABC as her personal fiefdom”.

But Motsoeneng continues to manage operations at the public broadcaster, surviving with support from Muthambi, repeatedly appealing judgments of the court, and what is criticised as a flawed disciplinary hearing. “I am Hlaudi Motsoeneng, baby! I am in charge,” he is reported as saying last week when asked about the SABC’s new policy of playing 90% local music across its radio stations.

Despite all the criticism and a scathing public protector’s report, he remains the boss. But with fewer and fewer legal options left, it won’t be for long if he keeps losing in court. DM