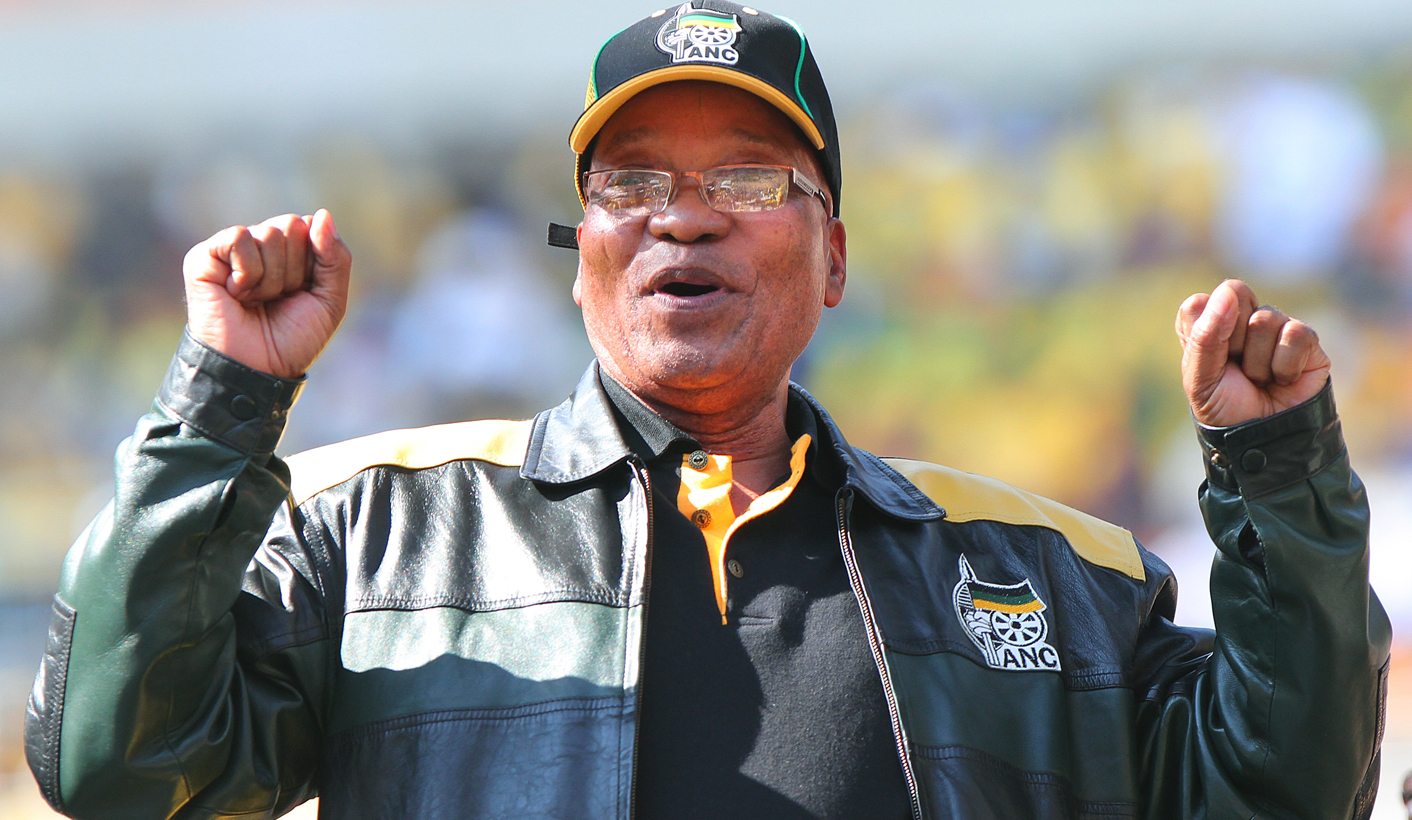 When the ANC touts its election victories as evidence of overwhelming support, it is still on point, but opposition parties are closing the gap. Three Afrobarometer public opinion surveys on political parties, elections and institutional trust paint a complex, and shifting, picture. And while seven out of 10 South Africans believe elections are “always free and fair”, for the majority is seems “their power stops at the vote: once they have voted, there is no control over their representation”, according to surveys released this week. By MARIANNE MERTEN.

With a view to the local government elections on 3 August, one finding stands out: six out of 10 South Africans disapprove of how their councillors are doing their jobs. And councils ranked near the bottom end of the trust in democratic institutions at 35%, according to Afrobarometer Dispatches 90, entitled “In South Africa, citizens’ trust in president, political institutions drops sharply”.

Only President Jacob Zuma fared worse at 34%, a sharp drop from his 62% trust level recorded in 2011, and the lowest trust in a president recorded since the start of the surveys in 2000.

“Among 11 countries surveyed in southern Africa, Zuma has the second-lowest level of public trust, higher only than Malawi’s ex-President Joyce Banda,” according to Afrobarometer.

The surveys released this week are drawn from data collected during face-to-face interviews with 2,400 South Africans between August and September 2015. It is the latest round of these public opinion surveys Afrobarometer has conducted at regular intervals over the past 16 years in South Africa and 30 countries across the continent.

In 2015, South Africa’s political institutions and leadership emerge as the least trusted: Parliament stood at 41% trust levels, against 63% trust in religious leaders, 58% trust enjoyed by both the Electoral Commission of South Africa (IEC) and the public protector.

However, when it comes to political parties the ANC still leads the pack, despite an 18 percentage point drop from the 61% trust recorded in 2011. This comes as opposition parties tripled their trust rating to 36% in 2015, up from 12% in 2002.

According to Afrobarometer Dispatch 88, it’s not an unqualified gain. While 43% say opposition parties could be a viable alternative, only 23% believe they would be better able to handle than the ANC’s national priorities like fighting corruption, creating jobs, improving healthcare and controlling prices. And 26% of respondents said they saw “no difference” between the ANC and opposition parties.

If elections were to be held tomorrow, the ANC would still emerge as winner, but at a much lower overall level. According to Afrobarometer Dispatches 88, the ANC would receive 48% support (down from 66% in 2004 in response to similar questions), and opposition parties 32%.

But again it’s not as straightforward as this survey (“As South Africa’s local elections approach, public confidence underpins system in turmoil”) shows – particularly as Gauteng at 40% indicated the second highest non-party political affiliation after the Northern Cape (46%).

A breakdown by major cities of survey responses to the hypothetical election shows the ANC would clinch Buffalo City (70%) and eThekwini (51%) and receive 41% in Johannesburg. But opposition parties would fare better in Tshwane (44%), Nelson Mandela Bay Metro (42%) and Mangaung (43%).

The DA emerged as the strongest opposition party – and the winner in in Cape Town – as support levels for the Economic Freedom Fighters (EFF), which is contesting its first municipal poll, hover in the single percentages except in North West (19%), Free State (18%) and Limpopo (12%).

But with no established history of election polling, including exit polls, in South Africa (the ANC and DA conduct such polls and focus groups but do not make results public), such public opinion surveys can only give a broad sweep of indications. Until the votes are counted, it could well all be up in the air.

However, this survey raises important questions over how voters regard publicly elected institutions – and voters’ relationship to elected representatives.

“While participation in campaigns may reflect some faith in the efficacy of the electoral system, recent protest action surrounding the Fees Must Fall movement would indicate that South Africans feel a need to hold leaders accountable through other forms of participation,” it says.

Only 44% indicated that elections ensured Parliament reflected the view of voters, and just 36% believed elections were a means to remove leaders who do not do what people want.

“These results suggest that for the majority of South Africans, their power stops at the vote: once they have voted, there is no control over their representation,” the Afrobarometer survey says. DM

Photo: A file picture dated 15 May 2011 of South African President Jacob Zuma dancing on stage during the final African National Congress (ANC) election rally in Soweto, South Africa. President Zuma’s approval rating is down to 34%, according to Afrobarometer. EPA/KIM LUDBROOK