TRAINSPOTTER: In dark times, we must lean towards the light 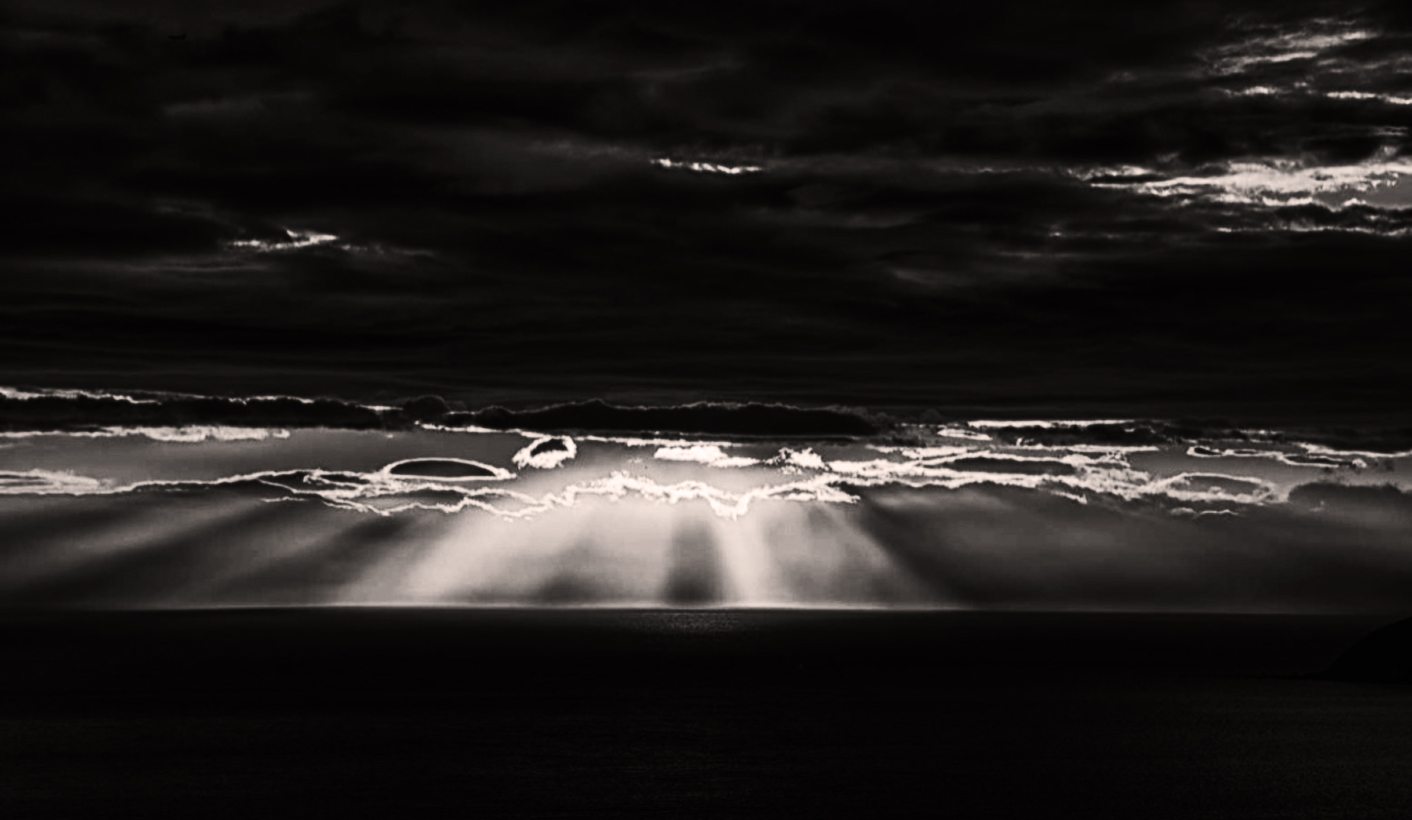 Things are bad, and getting worse. But we are not sunk yet. It’s time for South Africa to begin to define itself anew. By RICHARD POPLAK.

In 1869, a German physiologist named Friedrich Goltz went in search of the human soul. As is the Teutonic way, his scientific methodology was comprised mostly of torture. He removed the brain of a frog, placing the creature in water that he brought slowly to a boil. The frog, Goltz famously noted, didn’t budge.

Would a brainful frog behave in a similar manner, the whole of Germany demanded to know? Three years later, Heinzmann proved that if the water were heated at a slow enough rate, the frog would not move – a finding that was in 1875 corroborated by Fratscher. The trick, according to Heinzmann, was to raise the temperature at a steady 0.2°C a minute, and if such an increase was maintained throughout the course of the experiment, the upshot was a dead frog.

Goltz, it seemed, had failed to appreciate how the notion of the experiment was comment enough on the human soul.

You’re not alone if you believe that South Africa is undergoing a similar experiment. Slowly, the water is being brought to a boil, and there we sit, mistaking the bubbles for a foam party in a dodgy Bloemfontein nite-club, Bieber remixes blaring from the boombox. And we’re no closer to finding our souls.

This country is in immense trouble.

It’s the sort of trouble that cannot be dissociated from our history, and nor can it be uncoupled from larger movements happening across the world. Double trouble, if you will. But within pods of our trouble, we find the peas of our salvation.

And yes, you can go ahead and put that on a T-shirt.

First, South Africa is undergoing a cultural revolution. This is not of the policy-driven Maoist varietal, but a bottom-up rejection of our foundational nation-building mechanism – Rainbowism – by a new South African intellectual class. There should be nothing surprising about this. South Africa, a country that perpetrated/suffered through 350 years of colonial exploitation, is located in Africa, and inhabited by a black majority. Failing to fully grasp the implications of those undeniable facts, the political elite that negotiated us into being made several terrible mistakes:

And so every week, with metronomic regularity, a pale South African uploads something outrageously offensive onto a multibillion-dollar social media platform. As Mark Zuckerberg watches his share price tick up, as he places the final design touches on his intergalactic broccoli-powered space mansion, South Africans pick at unhealed wounds. Like nuns receiving a stream of dick pics, the revulsion is enough to send the devout into the arms of the devil, and to tear the convent apart. Twenty-two years into this project we call democracy, the healing has yet to begin.

Thing is, we’re not alone. We’re seeing very similar currents sweep through the neo-slave state otherwise known as America: after eight years under a black president, and after the rise of various pro-black movements, angry white men have placed The Donald on the White House’s welcome mat. The old guard always dies hard. And while cultural power is the hardest form of power to forgo, history never unfolds in a straight line, but in hiccups, missteps, circuitous tangents.

The world is changing – this is undeniable.

Right-wing, nationalist, nativist movements can’t change that fact. Donald Trump can’t change that fact. Nor can Boris Johnson. And nor can Mabel Jansen. While the instinct is to fear the New, South Africans should be embracing it. We shouldn’t think of this as a cultural battle, but as a cultural celebration. The results of which, if we all come to an understanding that the resources in this country aren’t as limited as we’ve been led to believe, can be beautiful.

If we play this right, we become a place that reflects the outlook, experience, and inner tremors of all the people who live within it.

We could find our soul.

But there is a problem.

We are living through a bank heist – a statement that should not be confused for a metaphor. President Jacob Zuma and his cabal are chasing a retirement plan that will cost this country billions and billions of dollars, and they’re drilling into the vault while we lie prone on the marble floor. The president has bought the country’s security and intelligence communities. Now he wants the bank to go with them.

The definitive biography of Jacob Zuma has yet to be written. When it arrives, it will tell of a man who has always been governed by his appetites. He consumes. In order to keep eating, he has understood how best to employ the tools of nativism, nationalism and tribalism – the three elements that count as ideology in the Zumaverse. He is not troubled by racism: since living in exile, every white man he’s met has kissed his ass or grovelled on the ground before him. The only colour Jacob Zuma knows is the colour of money.

It would be nice to think that Zuma could have made different choices, although the very neuroscience that Friedrich Goltz practiced on unhappy frogs now teaches us that there is no such thing as free will. Zuma, like the rest of us, is the sum total of his impulses, and the system was designed to privilege men just like him – men who live according to the whims of their stomachs.

He’s no accident. He’s the only possible outcome.

The looming arrest of finance minister Pravin Gordhan, following the kamikaze dives that saw Nhlanhla Nene sacked from the same post and replaced with an actual, living Muppet? These moves have proved that Zuma will not stop in order to secure the keys to the Treasury. His glossing over the Constitutional Court judgment, which stated that he’d violated his oath of office was, frankly, terrifying. Meanwhile, both his friends and his opponents are starting to employ the fist, the baton and the match in order to make themselves heard. Parliament has been transformed into an unending UFC cage match.

Notice the steady, creeping, inexorable normalisation of violence? Don’t be surprised when it arrives at your door, Citizen.

Some say that the country will change when the economy grows by 10% a year, trickling down wealth to the poorest. This economy will never grow at 10%, and economies never trickle down to the poorest. We cannot self-correct a broken system. We need to rebuild, which implies some kind of national consensus about what kind of country we hope to become.

Perhaps some of the answers lie in the first part of this essay – perhaps we need a political revolution that is also cultural. Perhaps we need not less democracy, but more democracy – community-based micro-constituencies that practice sustainable, local and shareable economies. You know, something different, for a change. Perhaps we need to ditch big party politics for other models, to rejig the paradigm into something more bespoke, something built for South Africans by South Africans.

In a country that has ceased to build anything, that’s a big ask. We are still divided, still fighting the remnants of an ancient race war. But what’s clear is that we need to turn away from our worst impulses and towards our best, or the current malaise will consume us. It is not free will, but instinct that compels humans to lean towards the good, towards the light – such is the nature of a gregarious species. Too often, we allow those who lean in the opposite direction to run our communities, our countries, our social media discussions.

The water is about to hit boiling point. It’s time to jump. Where we jump – in which direction, and with whom – will define us for many generations to come. This is nothing to be afraid of. It should be a skeezy, enjoyable blast – history’s own Bieber-scored foam party. DM

Photo by Steward Baird via Flicker.