‘We’re not going anywhere, this is ours’, say Siyayanzela residents 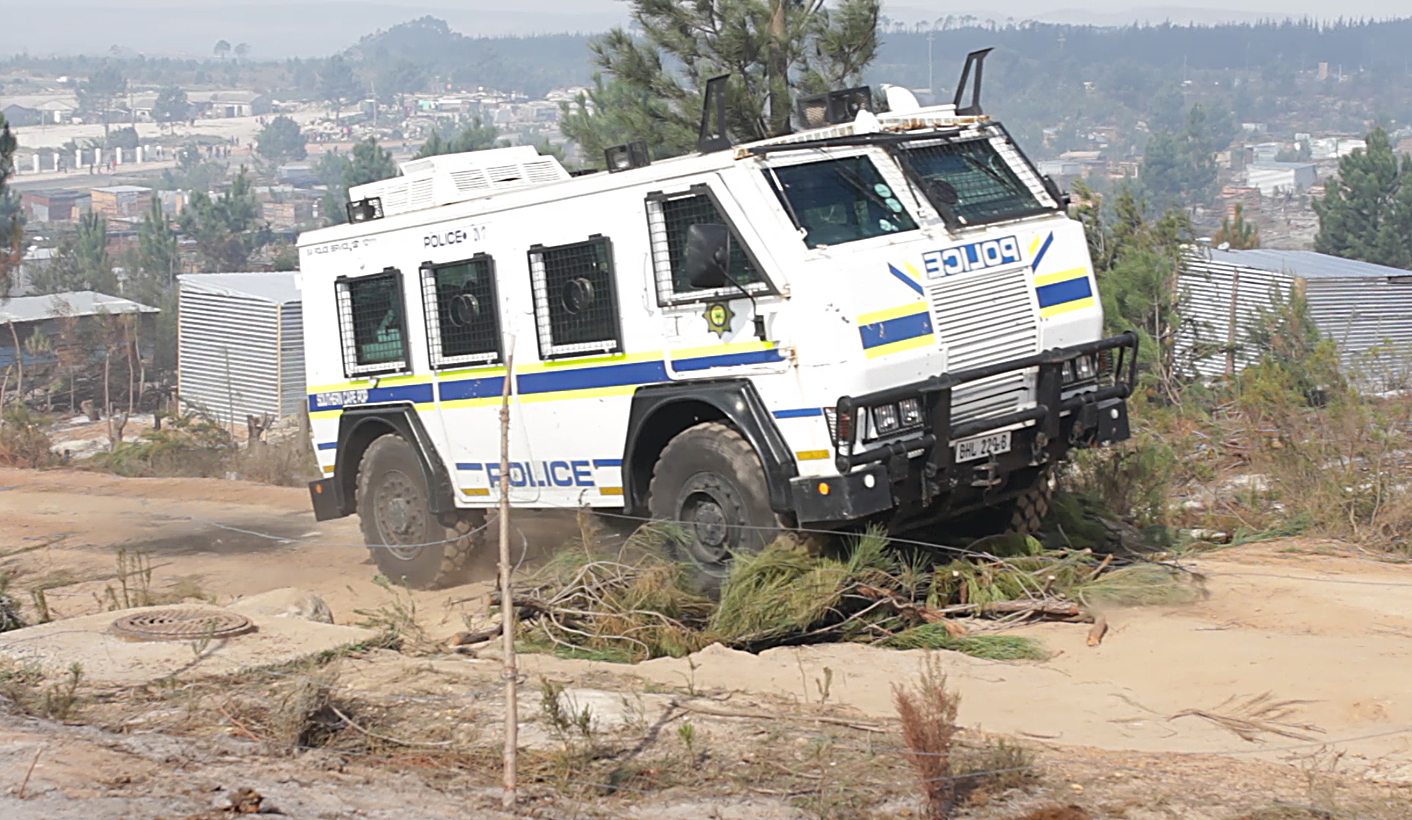 According to a report by the South African Institute of Race Relations, the national housing backlog has increased from 1.5-million to 2.1-million units; and the number of informal settlements has risen by more than 600% nationally. In Cape Town, the housing crisis once again reared its head last week as violent protests erupted in Grabouw, over land belonging to the Department of Public Works. The department claims only “vacant” or “unoccupied” structures were removed, but residents of Siyanyanzela have a different story to tell. By LEILA DEE DOUGAN for CHRONICLE.

The N2 reopened on Friday morning, with a heavy law enforcement presence, following protests in Grabouw last week. Hundreds of demonstrators took to the streets after their homes were demolished in the recently established informal settlement, Siyanyanzela.

According to Thami Mchunu, Director of Media and Stakeholder Relations at the Department of Public Works, residents have been occupying state-owned land illegally over the past month. And approximately 2,000 informal structures that are “under construction” or “vacant” have been destroyed since the beginning of the week.

“They said they’re only removing the homes that are empty and leaving the ones that are occupied, but they’ve destroyed all the homes,” said local resident, Olwethu Myataza. “People are now left without places to stay, so we’re fighting for this place. We’re not going anywhere, this is ours,” she said.

Sithembile Majova, the Ses’khona People’s Movement spokesman, was in Grabouw to lend support to residents and aid conflict resolution talks between community members and officials. He insisted that the evictions were illegal.

“The government does not have any basis to evict people, they don’t have an eviction order from court, they are using dirty tactics to remove people,” he said. “If they can’t provide alternative land then those people don’t have anywhere to go. At the moment people are sleeping on the streets at night. People are angry.”

Earlier this week saw the local traffic department looted and set alight by protesting residents, while three high schools and two primary schools were also vandalised, according to Western Cape MEC Debbie Schäfer. Majova said that the disruptions and destruction of property are a response to heavy-handed tactics used by law enforcement throughout the week.

“If people are being tortured and forcibly removed with brutality, people will fight back; it’s a response to police brutality and arrogance,” he said.

On Thursday morning residents erected barricades – dragging anything from tyres and chopped wood to a burnt-out car – onto the road in an attempt to keep law enforcement and the anti-land invasion (ALI) unit away from their homes. By early afternoon, armoured police vehicles began breaking down the barricades, using stun grenades, tear gas and rubber bullets to disperse residents in order to demolish more of the structures.

“The police are destroying our homes, they’re using tear gas and fighting with the people. They’re shooting at us with rubber bullets and there are even children here,” said local resident Nolwandle Mnazembo, who held a wet cloth to her mouth against the afternoon air, which was thick with smoke and tear gas.

A group of women and children nearby started singing while law enforcement broke through another blockade and the sounds of stun grenades rang out. “The government of the Western Cape is abusing us. They do not provide a place for us to stay and they call the police to assault us,” said Menzi Khuli, a resident who looked on while officers made their way through the settlement. “There are people who don’t know where they will be sleeping, or where they will stay, it’s been like this the whole week,” he added.

“If [people] are being evicted there must be alternative, they must be provided with alternative housing,” said Majova. “In the Western Cape we are led by a racist government and we want to send a message that people must not be evicted,” said Majova.

“If this does not stop we will make this province ungovernable, people will not be victimised. People in Grabouw are demanding their basic human rights, access to houses,” said Majova. DM