Parliamentary Diary: The budget vote cometh, one self-serving speech at a time 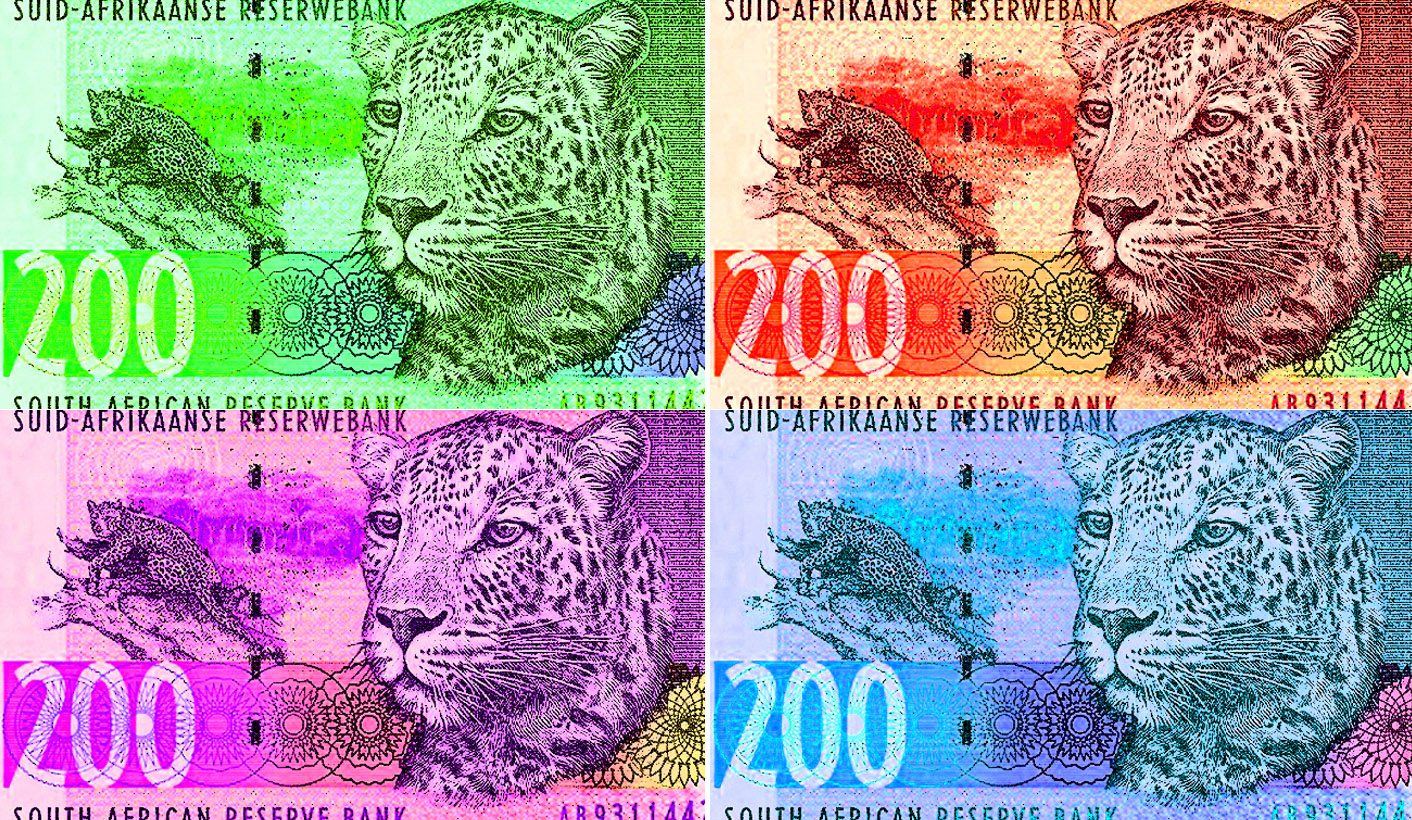 For two days from Wednesday, South Africa’s R1.4-trillion budget will be adopted vote by vote in Parliament. This marks the end of a high-pressure four weeks or so as officials, ministers and invited guest flocked to the parliamentary precinct. With local government elections on 3 August, five weeks were shaved off the traditional budget deadline at the end of June so parliamentarians can go on a substantial “constituency period”. Questions must be asked about the quality of oversight, Parliament’s constitutional duty backed up in law by the power to amend, or even reject, a budget. By MARIANNE MERTEN.

On Tuesday DA MP David Maynier will propose 399 amendments to the 2016/17 Budget to reprioritise about R9.5-billion, including one proposal on better job creation and another to allocate R2.2-billion to increase social grants – before the standing committee on appropriations (the structure overseeing state spending and all matters of fiscal and financial).

Since 2009 Parliament has the right to amend, or even reject, budget allocations under the Money Bills Amendment Procedure and Related Matters Act. And while there could be good reasoning underscoring these DA proposals, the political reality in Parliament is that the opposition party simply doesn’t have the numbers in the House to carry such proposals.

Without fail, ANC MPs have supported each of the 40 budget votes. The Economic Freedom Fighters (EFF) rejected all but the allocations to the Office of the Chief Justice and Statistics South Africa. The DA has been less predictable, rejecting outright some budget allocations but playing their cards close to the chest in many others.

Also without fail, budget votes became electioneering platforms free from the need to provide T-shirts and other accoutrements. Many an ANC MP bluntly extolled “Vote ANC!” as the party’s overall approach was to emphasis its role as leader of society. The DA touted its governance credentials in the Western Cape to proclaim itself as an alternative, promising the “blue wave” would roll over the country come the municipal poll. The EFF, which is contesting its first local government election, succinctly and repeatedly summarised its manifesto commitments, while styling itself as a government-in-waiting.

The ANC got the lion’s share of speaking time in these budget debates due to the party’s numerical strength in the House. Yet little was new, or showed qualitative improvements in the recent past, as many of the delivery achievements were benchmarked against data dating back to 2002 or 2005.

These debates follow oversight work in committees, which are meant to interrogate allocations in a series of meetings where MPs are briefed by departments and entities reporting to them. There should also be the possibility of holding hearing for others active in a committee’s field of responsibility. The police committee did so, and heard from at least the police unions and some academics, but many other committees limited themselves to the departments, entities and organisations they oversee. And so many, if not most, committee reports on their relevant departmental budget allocation are little more than summaries of officials’ PowerPoint presentations to MPs.

There are, of course, exceptions. The police committee suggests a seminar on the deaths of police officials and an in-house SAPS risk profile analysis, while raising their concerns about lack of accommodation and issues around police salaries and employment conditions.

The finance committee report expressly states its concern about the still outstanding strategic and annual performance plans by the South African Revenue Services (SARS). Ditto the financial statements from SAA. And it calls on National Treasury to better intervene in the wasteful expenditure of some municipalities.

“The committee believes that there are far too many advertisements of events in the media by spheres of government and other organs of state that are unnecessary and wasteful. For example, small, remote municipalities advertise in English in national newspapers their council meetings on the presentation of their annual budgets,” the finance MPs said.

But in an election year it is mostly all about looking good, regardless of appalling news like the highest unemployment in eight years at the start of 2016, rapidly increasing food prices linked to the country’s harshest drought in decades and a generally depressed economic confidence outlook. Questions have been raised in many quarters about the effectiveness of the current policy regimen in fundamentally changing economic and social structural inequality.

Yet the ministerial budget speeches proclaimed delivery by reeling of numbers of so-and-so many jobs created, so-and-so much money spent on this and that project. This earned them “appreciation” for addressing the needs of all South Africans from President Jacob Zuma at last week’s Cabinet meeting. “The progress reports and plans emanating from the departmental budget votes demonstrate that South Africa is a nation at work, with government leading the way, in building a better life for all,” said the Cabinet statement.

There were some catchy mottos like “water revolution”, “one household, one hectare” or “the national gazelles” (a three-year intensive business support programme in the small business development portfolio), but what really emerged?

Definitely new was Health Minister Aaron Motsoaledi’s announcement that R3-billion would be allocated to “increase economic opportunities for young women to try and wean them away from sugar daddies” and the doing away with the CD4 count as a criterion to access antiretroviral treatment.

But there was little concrete movement on implementing the national health insurance (NHI), the plan to increase equitable access to quality healthcare for all South Africans, not just the 16% who can afford medical aid. The NHI remains stalled in politicking, and various research has shown public health facilities continue to struggle often even with basics like cleanliness and infection control.

Agriculture Minister Senzeni Zokwana reiterated that as part of his department’s drought mitigation measures: 224 boreholes were drilled and “78 completed” (does that mean there are 146 holes in the ground still unable to deliver water?). It’s almost a cut-and-paste from a drought update statement made earlier this year.

Defence Minister Nosiviwe Mapisa-Nqakula confirmed a new presidential jet was in the process of being acquired after months of official denials.

Water and Sanitation Minister Nomvula Mokonyane said reiterated the “war on leaks” was on to plug holes in water pipes and the like, with 15,000 students on the programme by mid-2017. On toilet delivery, now that her department has verified 55,217 buckets being used as toilets countrywide, she announced “another good story to tell”: 11,010 toilets were delivered in 23 district municipalities across six provinces in the past financial year.

There appears to have been progress in establishing 44 agri-parks, central to government policy for food security and rural employment creation, a year after these were announced in Rural Development Minister Gugile Nkwinti’s May 2015 budget speech. This year the minister sketched out some further details: R100-million has been set aside and each of the agri-parks will have five “one household, one hectare” sites, or a total of 220 sites in the current financial year.

Communications Minister Faith Muthambi this year repeated her department’s 2015 “apex priority” of media transformation. While the regular Cabinet media statements provide “generally no less than 10 pages of insightful content” and “pertinent” delivery details, the media had not stepped up to being government’s partner.

“Our media would rather focus scandalising government even if that means not getting all the facts right… It could also be argued that racist tendencies also play a role in the unrelenting attempts aimed at stigmatising a black government led by the ANC,” she said.

Despite the full benches in the parliamentary debating chambers, the speeches from the podiums were echoes of past budget votes. Little was new, and while municipal election campaigning took up much time, oversight and accountability were the biggest looser. DM