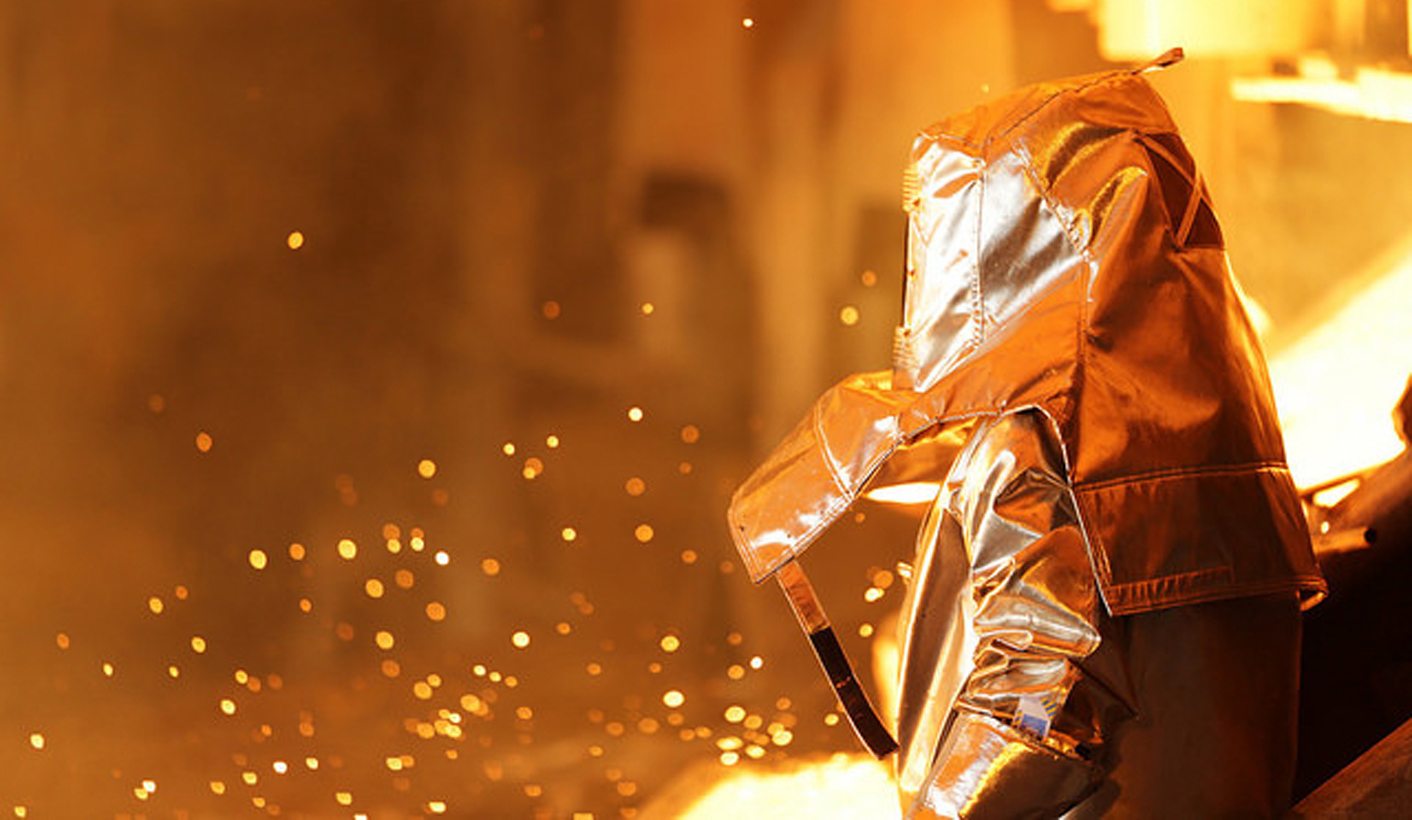 The suspension of all operations by Richards Bay Minerals on the KwaZulu-Natal north coast in the face of violent protests and threats by the local community, which only ended late on Wedneday afternoon, portends an increasingly uncertain and hostile environment for international investors concluding deals with impotent community leadership. By CYRIL MADLALA.

Since it began operations in Richards Bay in 1976, it has ploughed millions of rand into the community through various corporate social investment initiatives across diverse sectors such as health, education and agriculture.

Only in November last year, it concluded two multi-million-rand black economic empowerment deals. One was with an enterprise, Ubunye Mining Services, representing the local Sokhulu, Mbonambi Dube and Mkhwanazi entrepreneurs.

The second deal resulted in the awarding of dry mining services to Albion Services, another company representing the traditional authorities as well as community entrepreneurs.

Announcing the news, RBM pointed out that Albion Services “is the first black majority-owned company awarded a mining contract of this magnitude by RBM”.

It went on: “The momentous achievement speaks directly to RBM’s vision of seeing communities playing a significant role in the value chain of the business… RBM will continue to forge partnerships of this nature with its traditional contractors, as a method of increasing the participation of black entrepreneurs in the mainstream of the economy.”

In the words of Managing Director Mpho Mathoa: “RBM’s objective is to build mutually beneficial relationships with its host communities and in so doing leave this place better than the way it was found.”

Notwithstanding the gestures of goodwill in the interests of “decent” corporate citizenship, RBM has seemingly not won the community over.

Hardly six months after concluding the latest black empowerment deals, that very community this week brought the company to its knees by setting alight mining machines and blocking access to the site. The full extent of the damage was yet to be quantified.

They want only local people to take up the 4,000 jobs at RBM and that they be trained to perform tasks they are not currently suitable for.

Despite the company having allocated each tribal authority more than R17-million for community development projects in 2009 and about R3-million a year in dividends subsequently, the angry community is not satisfied and caused all operations to be suspended.

Meanwhile, in the US, China and Europe, they await RBM products.

A few weeks ago he was at the Isithebe Industrial Park where locals had torched factories because they did not like a local government election candidate the ANC had suggested.

Previously the Mpukunyoni community, also on the north coast, protested against Tendele Mining and its Somkhele opencast coal mine, complaining that blasting caused their houses to crack, water was contaminated and that the air was filled with dust, causing them and their livestock to fall ill.

What is obvious from the RBM experience is that local tribal authorities are no longer final arbiters in these matters as community representatives. While the deals were struck with them many years ago, when investors were being embraced for “rescuing” local communities from poverty, these days rural communities are no longer cohesive units that defer to an uncontested seat of power – be it a traditional leader or a particular political party.

While in the past nobody would have questioned the authority of the traditional leader to influence how best to share the spoils from multinationals such as RBM, these days there are opportunities for entrepreneurs and tenderpreneurs.

Who is part of the consortia that form the Black Economic Empowerment equations that companies such as RBM enter into is now a complex political minefield that nobody would have imagined in 1976 they would have to contend with in 2016.

But if the community would rather destroy the company’s assets, would it have been better off had RBM not mined in its ancestral property in the first place?

There is an interesting parallel story in this regard.

In 2008 the provincial government under the leadership of then Premier Sbu Ndebele announced that he had had travelled with Zulu King Goodwill Zwelithini to Dubai to unveil a R44-billion development project for the community of Macambini, near Mandeni, also on the north coast.

The government had signed a Memorandum of Understanding with the developers, the Ruwaad consortium. They would build an entertainment theme park, with sports, education and health villas along with hotels, resorts, spas and nature reserves, all on 16,500ha.

However, the community under the leadership of the late Inkosi Khayelihle Mathaba rejected the development, claiming they had not been consulted and would not agree to be moved and leave ancestral graves behind.

Instead, the Macambini traditional council announced its own plans to build on 500ha of its land along the Indian Ocean a $5-billion “Sports City” to be financed by a United Arab Emirates’ Bukhatir Group’s property arm.

Promised were high-rise residential and commercial towers, a five-star hotel, a golf course and a stadium, among a variety of other amenities, along with 20,000 direct and indirect jobs.

The Macambini community also took to the streets, disrupting traffic as they burnt tyres near the local toll plaza in protest against the premier’s Ruwaad initiative.

In the end, there were no winners.

The people kept the land and the investors took their dollars elsewhere.

Back in Richards Bay, the situation remained volatile at RBM for two weeks and the operations were suspended until MEC Mabuyakhulu broke the impasse and ended the protest on Wednesday afternoon.

His office will lead a cross-functional task team that will include representatives from the different structures to work over the coming weeks to implement “certain action items” while operations get back to normal.

Ordinarily, MEC Mabuyakhulu should be expending his energy attracting potential investors and convincing them that his province is a haven for long-term rewards and that locals will not pursue interests detrimental to the very economic survival of the region.

He can only succeed if investors are assured that he brings on board the local community, under a leadership whose counsel is heeded and has the authority to intervene decisively when people want to destroy mining machines in Richards Bay or burn factories in Isithebe.

But these days it is not so easy to tell who has the ear of the community on the ground, as is evident in faraway Vuwani in Limpopo. DM