Reporter’s WEF Africa notebook: We need to talk about Kagame 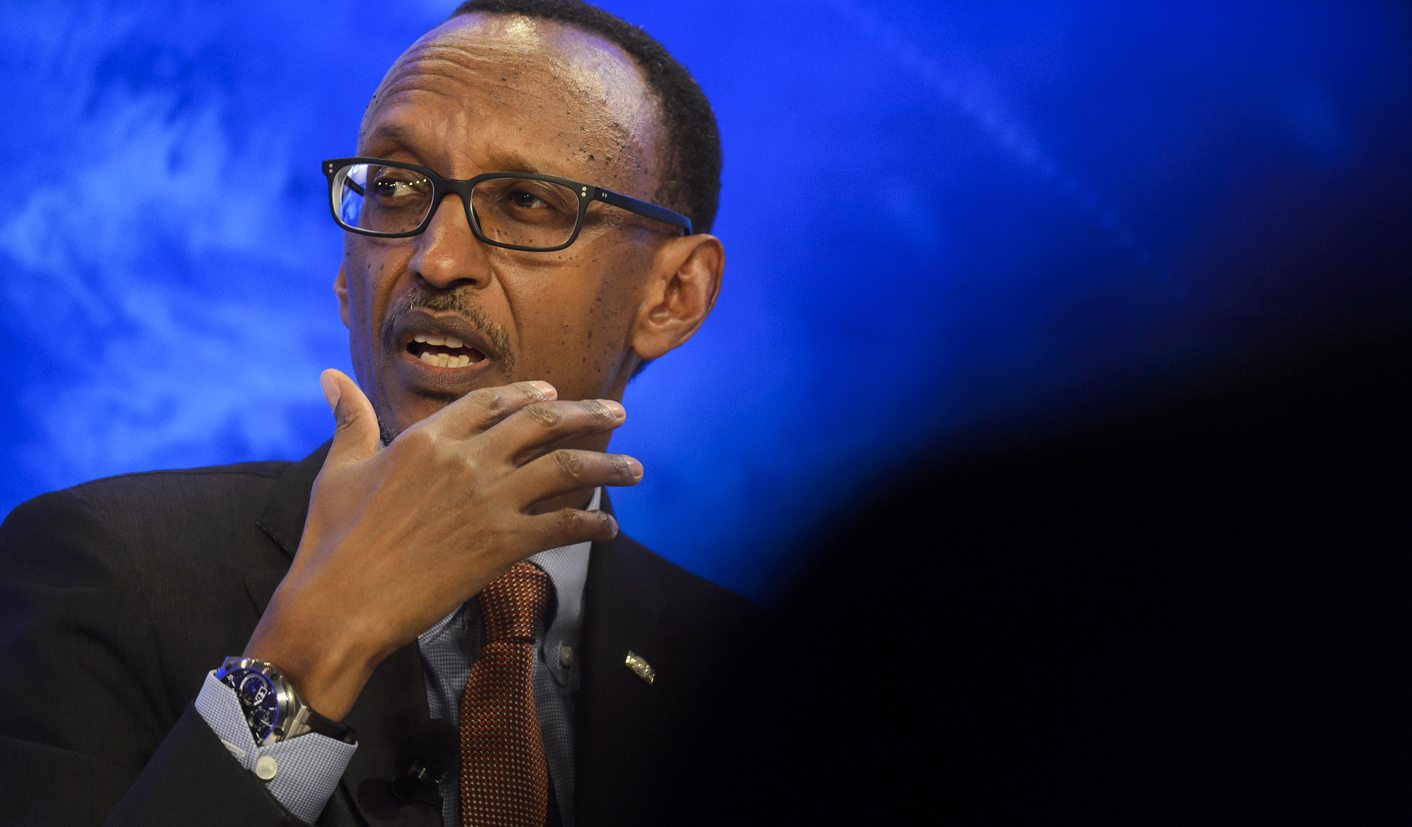 The World Economic Forum has its critics. It’s a club for capitalists, a refuge for rich people, the kind of place where everyone lambasts Panama for being a tax haven in public and discusses its advantages in private. But still, it does have its advantages. It’s a place where interesting people meet and speak. Sometimes they miss each other’s point, sometimes it’s very interesting. So far, Tony Blair has appeared to back Paul Kagame’s bid for a third term as Rwandan President, and Siyabonga Cwele has told us the development of data networks needs to come with a “focus on security”. By STEPHEN GROOTES.

I’ve never really understood the hatred so many British people have for Tony Blair. Sure, he was wrong on Iraq; sure, he must have lied about it. But which leader hasn’t lied to their people at some point? But the vicious internalised hatred I never quite got.

One of the highlights of the first day of the WEF Africa meeting was a discussion about partnerships in Africa. It wasn’t the topic, you understand, it was the people discussing it. Kagame, Howard Buffett (son of Warren and well-known philanthropist) and, in the moderator’s chair, Blair himself. Buffett was very interesting, a person who says he’s been to every country in Africa (take that, Jean-Jaques Cornish), and has been a permanent resident of South Africa for “over a decade”. He waxed lyrical about how important “stability and certainty” were to investors and aid agencies. That in Rwanda, if they said they would do something, they did it, that no other place worked in a partnership quite like this one.

By this stage we got it; Kagame’s presence was just to remove the need for a banner blaring “Rwanda’s the best”. Sometimes, you can see whether a moderator is actually interrogating, or just teeing up a person to get the best soundbite out of them. You can see if there’s some sort of agreed line. That was the case here.

For Blair, it was surely demeaning. This is a man, a former UK Prime Minister, who took Labour to an unprecedented third term, playing the role of paid host. Why do it?

At some point Blair got Kagame to talk about corruption. He’s well known for being able to keep his country virtually corruption-free. Kagame says it’s about “creating an environment where people will not get involved in corruption because there will be consequences. Everyone has to understand the consequences of taking resources… we have to ask how we hold ourselves and each other accountable”. One immediately thinks of the consequences of corruption in our fair land. Poorer services, children not being properly taught, millions going to waste, state money spent on unnecessary and unworkable projects… Nkandla.

There are certainly consequences to the corruption we experience. But no one is held accountable, and in the end, we all pay the price.

Towards the end of the conversation, Blair brought up the issue of Kagame’s bid for a third term as president. This is a hot-button issue. Last year a referendum in Rwanda saw 98% of voters – yes, 98% – voting in favour of changing the Constitution to allow Kagame to run again. It’s claimed that when MPs toured the country in the run-up to the vote, they could only find 10 – yes, 10 – Rwandans who were against the idea. Even North Korea would be proud.

Buffett jumped in at this point. He talked about risk as a philanthropist, about how losing Kagame was not a risk he was prepared to take. His strongest argument seemed to be, “I see no other answer than that this is what the Rwandans want, they’ve made a statement and there’s a reason they’ve done it.”

To paraphrase, the rest of the world should stay out of Rwanda.

By this stage, the penny had dropped. Blair was here only to appear on stage while this was happening. It was his job to back Kagame.

The strong man himself looked affable and relaxed as around half the hall applauded Buffett. He then claimed that “in the end I was put in a cage”, that he had no choice, he simply had to continue.

And doesn’t “I was put in a cage” sound an awful lot like “it’s up to the members of the ANC” to you? Because that’s what it sounded like to me.

Blair of course, was lapping it up, it was clear he was sold, and he was now selling. What a strange end to the man whom The Economist once referred to as “The Strangest Tory Ever Sold”.

Earlier in the day, the South African delegation had been in action. A man you may remember called Brian Dames had been talking about energy. But in another, relatively small hall, Telecommunications Minister Siyabonga Cwele joined a discussion about digital markets. If there is one political decision that is hard to understand, it’s how you go from State Intelligence Minister (and husband of a woman who is jailed for drugs-smuggling) to Minister of Telecommunications. Maybe other journalists understand it, but this mortal doesn’t. In person, Cwele is fun, sociable, he laughs a lot. That side of him was not on display here.

Instead he looked almost nervous, as if he was being reined in. It was a bit strange, but then, perhaps, if you share a stage with someone from Google, that’s the right tactic.

His main point was that when South Africa first unrolled cellphone networks, companies were forced to build parallel networks. You’ll remember the MTN and Vodacom towers going up all over the place, before some bright spark started to disguise them as trees. Cwele reckons that this might be the wrong way to roll out higher speed data services, because it’s quite expensive. He’s right there. He wants to move to a system of sharing infrastructure.

He must be right on the money side, but convincing Vodacom to share anything with MTN? Good luck to him.

Part of his prepared points focused on the need for creating access to the internet, but also to ensure “security and build trust”. It’s quite an odd thing to say; nowhere have I ever come across someone talking about that before. He went further, saying some of the data centres that basically run the internet need to be based here, “regional and national data centres based here, so that at least there’s some trust”.

After the session, Cwele relaxed into his usual self, talking to a group of young people for ages, until his spokesperson had to take pictures of them as a group with the cellphone of every single one of them. When I got to ask him about this focus on security, and referred to his previous job, he laughed, and then explained that it had nothing to do with that. It was all about scams and cybersecurity, he said, the need to protect people. What about Rica, I asked, the law that allows spies to tap your phones? He says that’s not his department, it must go to the Justice Ministry. Well, perhaps. But that’s hardly the response of a person who believes the spooks have too much power.

Technically, this forum, the WEF meeting on Africa, is all about business and the economy. But in reality, it’s about that age-old tussle between freedom, democracy, and order. It’s hard to know who’s ahead at this point. DM

Photo: Paul Kagame, President of the Republic of Rwanda speaks during a panel session the first day of the 46th Annual Meeting of the World Economic Forum, WEF, in Davos, Switzerland, 20 January 2016. EPA/JEAN-CHRISTOPHE BOTT