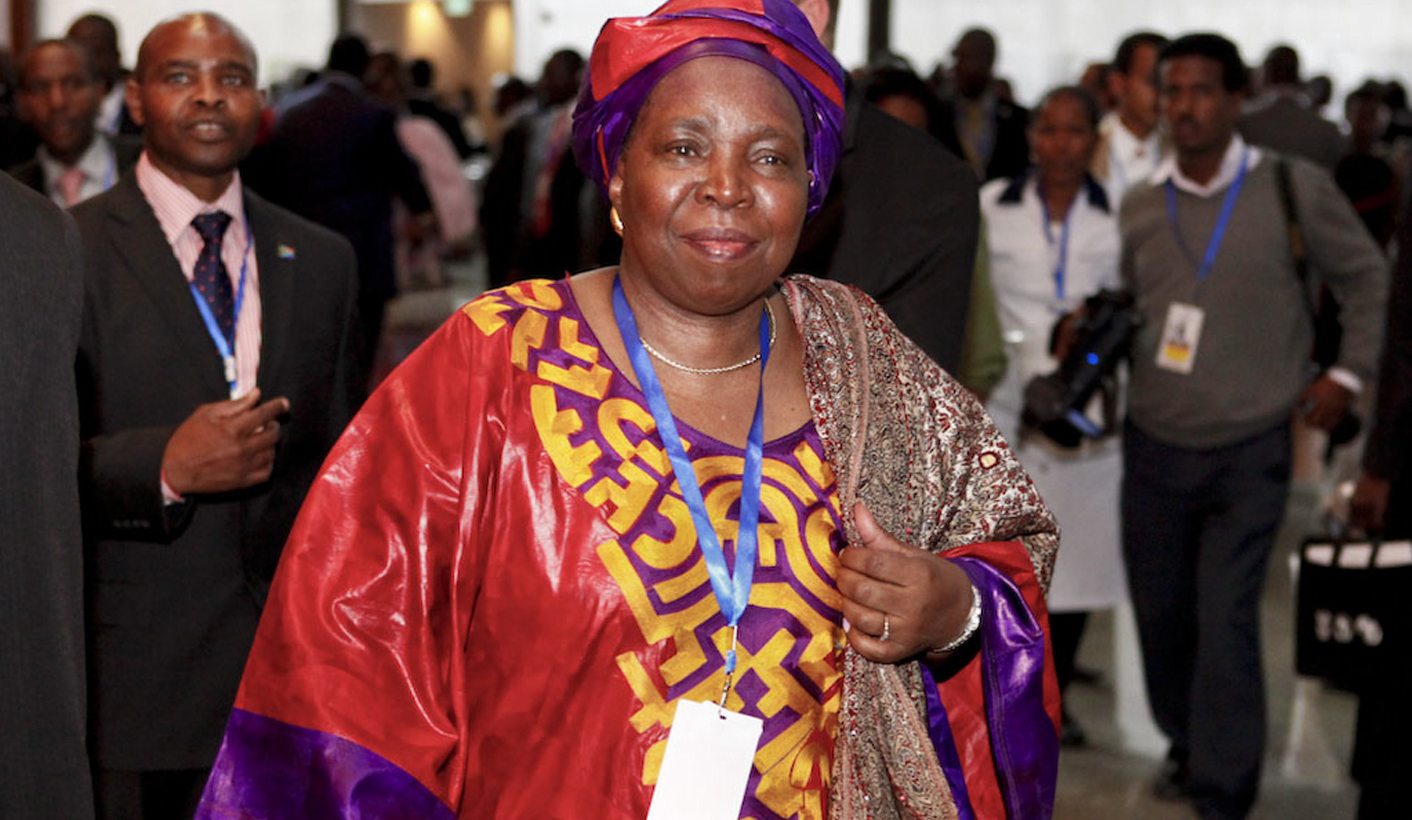 A lot of diplomatic activity is happening behind the scenes as the AU prepares to elect a new chairperson for its commission. By LIESL LOUW-VAUDRAN and YANN BEDZIGUI for ISS Today.

With less than three months to go before the mid-July summit of the African Union (AU) in Kigali, Rwanda, candidates have started vying for the position of the chairperson of the AU Commission. The post has been occupied by South African politician Nkosazana Dlamini Zuma for the last four years.

In the past, the commission chairperson was mostly elected through consensus; the result of a lot of backroom diplomacy and confidential give-and-take among member states. Following the bruising election of Dlamini-Zuma in 2012, when several rounds of voting took place for her to be elected, the decision-making for the position this year could once more pit countries and regions against one another.

Dlamini-Zuma didn’t put her name in the hat for the prestigious position when the call for candidates closed at the end of March. Though she has yet to make an official statement about stepping down, her spokesperson Jacob Enoh Eben has confirmed that she will not be running for another term.

The Institute for Security Studies’ Peace and Security Council (PSC) Report has obtained the names of the three candidates for chairperson, as well as those for the other AUC leadership positions to be decided upon at the Kigali summit.

The three candidates for the top job are Dr Pelonomi Venson-Moitoi (65), from Botswana, Dr Specioza Naigaga Wandira Kazibwe (60), from Uganda and Agapito Mba Mokuy (51), from Equatorial Guinea. Apart from Kazibwe, a former Ugandan vice-president and member of the AU’s Panel of the Wise, the candidates aren’t widely known. As always at the AU, the candidates’ countries of origin, the states that support them and the extent to which their regions are prepared to fight for them can, at times, be more important than their track records.

It is also possible that one or more candidates could withdraw their bid at the last minute. Dlamini-Zuma’s term could be prolonged if there is no decision on her successor. She effectively only took up her position in October 2012.

Venson-Moitoi, Botswana’s Minister of Foreign Affairs, is the candidate of the Southern African Development Community (SADC). The SADC believes it should have the opportunity to run the AU for another term, given that Dlamini-Zuma is not availing herself again.

Currently chaired by Botswana, the regional bloc chose Venson-Moitoi to represent it, despite Botswana not having always aligned itself with AU positions.

On the International Criminal Court, for example, Botswana did not join the chorus of African countries opposing the court. Venson-Moitoi is also a former journalist who has held several government positions in Botswana, and received an honorary doctorate for her work.

There is no consensus in Addis Ababa, however, that the SADC would automatically get the position of chairperson. In fact, there is still bitterness among some member states about the way the 2012 elections were fought by the SADC and by South Africa.

Uganda’s candidate, Dr Kazibwe, from Eastern Africa, is also a medical doctor, like Dlamini-Zuma, and has been a United Nations special representative on HIV/Aids. She certainly has the highest profile and the most international experience among the candidates, but that is not all that counts. Given the AU’s increasing emphasis on gender balancing, it counts in Kazibwe’s favour – as well as that of Venson Moitoi – that they’re women.

From the left field, so to speak, comes Equatorial Guinea; a state heavily criticised for its lack of respect for human rights, and with a president who has just been elected again after 37 years in power. Equatorial Guinea believes that its Foreign Minister, Agapito Mba Mokuy – who has been an adviser to President Teodoro Obiang Nguema – is the man for the job.

The country argues that it is a major player at the AU; which is true, in a way, if one considers that Obiang Nguema recently hosted several AU summits and other continental meetings at its luxury conference centre in Malabo, built especially for this purpose. He was also AU chairperson for 2011.

The upcoming Kigali summit thus risks having more attention given to diplomatic bargaining about names than the ability of the future chairperson to steer the organisation, which is in dire need of being transformed into a more effective and efficient institution.

When Dlamini-Zuma took over, expectations ran high, especially since she had such success with a notoriously bureaucratic Home Affairs Department in her home country, South Africa. Any chairperson’s efforts, however, are constrained by the fact that the African heads of state are the ultimate decision-makers. The chairperson’s success often depends more on circumstances, context and personal flexibility than anything else.

Whoever gets elected on 17 and 18 July will probably again have to find a balance when trying to make changes in a very difficult environment, with civil servants from such a diverse range of regions and languages. The PSC Report notes that an overwhelming number of the candidates for the rest of the commission, which includes deputy chairperson and eight commissioners, are civil servants.

“While it guarantees a commission with experience and knowledge of public administration, this could have negative consequences for a commission that strives to be more independent, efficient and effective rather than bureaucratic. An extensive awareness of the bureaucratic and hierarchic culture could ultimately constrain initiatives taken by the future commissioners,” the PSC Report notes.

In 2007, a high-level panel chaired by Professor Adebayo Adedeji proposed a series of recommendations to improve the management of the commission and the effectiveness of the AU. These included that the chairperson should exercise full authority within the commission as the chief executive and accounting officer, and that the election of the commissioners should be de-linked from the portfolios that they will occupy.

Almost a decade later, these recommendations remain pertinent, and reinforcing the role of the chairperson both politically and legally should be considered by the time heads of states gather in Kigali to reshuffle the AU commission. Clearly, the next election is not just about the choice of the next chairperson, but also about the future of the organisation.

When the Organisation of African Unity was created, its main focus was to support the struggle against colonialism and foster African integration. Decades later, security has become one of the main concerns of the AU.

Today, the challenges faced by the pan-African organisation are more and more complex. Issues such as terrorism, climate change and migration require a clear strategy that defines the roles of the AU, regional economic communities, member states and international partners. Chairing the AU in a time of budgetary constraints requires not only bureaucratic knowledge, but also political acumen and courage.

Last month, the AU headquarters hosted a symposium themed “Why the global power shift to Asia matters to the African Union”. The main speaker at the event, Dr Jochen Prantl, director of the Asia-Pacific College of Diplomacy at the University of Australia, asked about the future role of the AU internationally. He enumerated a few options: the AU could either be “a peace project, a reference point, an incubator, a facilitator or an inspiration”. Strikingly, none of the African stakeholders in the room managed to choose between these options.

There is clearly no consensus of opinions on the future role of the AU. The main challenge of the next AUC chair would be to define the core role of the AU to assert the relevance and the impact of the organisation in the world today. DM

Liesl Louw-Vaudran is an ISS consultant and Yann Bedzigui is a researcher in the Conflict Prevention and Risk Analysis Division, ISS Addis Ababa