ConCourt’s dilemma: Balancing voters’ roll and the right to vote 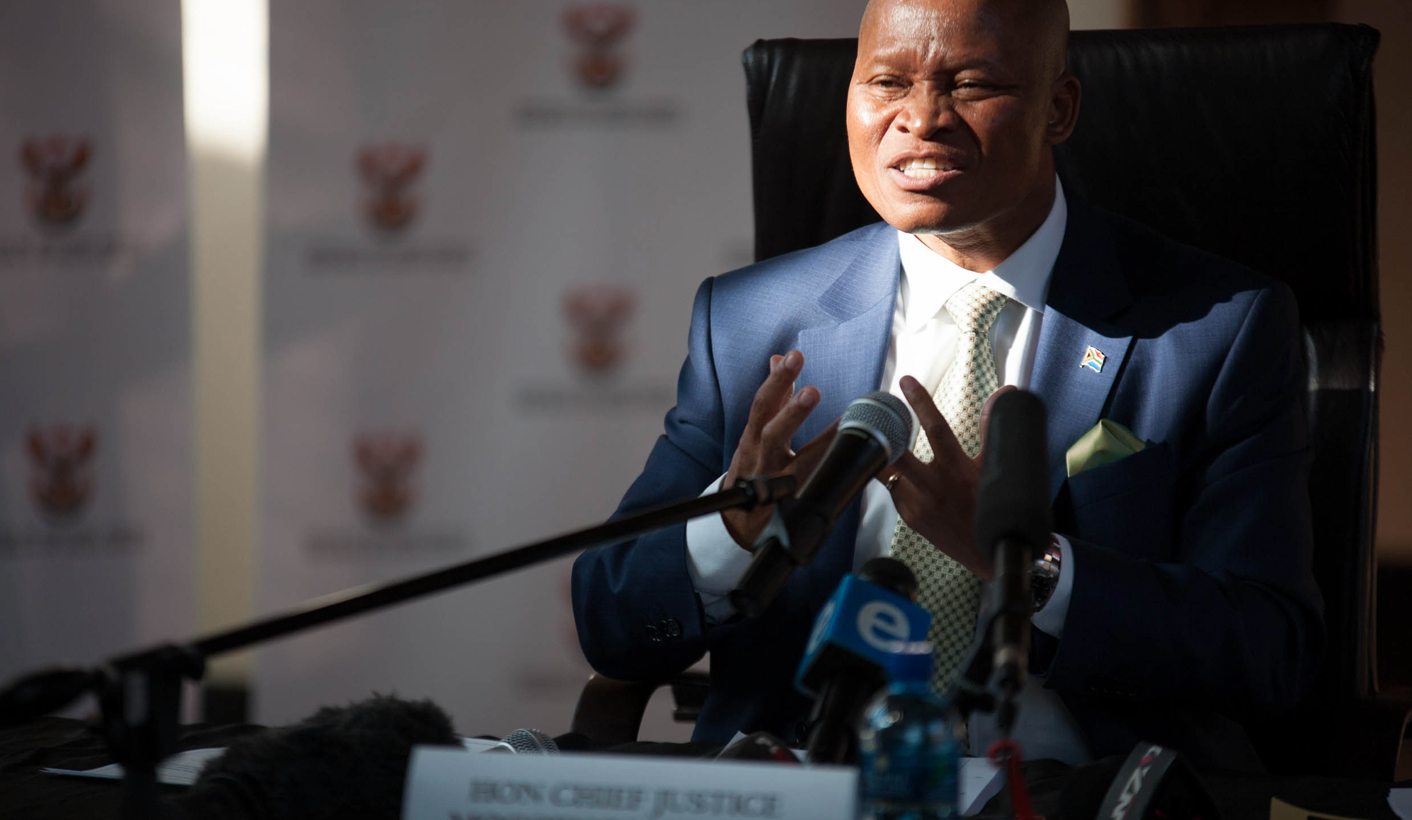 In a marathon sitting, the Constitutional Court on Monday heard the Independent Electoral Commission’s (IEC’s) appeal of the judgment requiring voters to have listed addresses on the roll. With only a third of registered voters listed with full addresses, the IEC was criticised for failing to do its job. Now the ConCourt faces a tough decision, balancing the law governing the voters’ roll with the right to vote. Everyone wants to see the 2016 local elections go ahead, but how? By GREG NICOLSON.

“We’re trying to make sure, all of us, I believe, that elections proceed as planned,” said Chief Justice Mogoeng Mogoeng in the Constitutional Court on Monday. That’s easier said than done and more than once Mogoeng expressed how difficult the case in front of the court is. It stems from Tlokwe where a 2013 by-election didn’t meet the criteria of “free and fair” because outsiders were allowed to vote in the wrong wards, opening up court applications on the voters’ roll that led to an Electoral Court judgment suggesting only voters with listed addresses should be able to vote.

“There’s nothing in the act or in the Constitution that says you can only have free and fair elections if you have addresses on the voters’ roll,” Wim Trengove, representing the IEC on Monday, argued. The IEC, he said, has tried to ensure it adds all addresses, where available, to the roll since December 2003, when the law was changed to require voters to list their address. The ConCourt justices, however, repeatedly questioned the IEC’s apparent lack of commitment to collecting the information.

Currently, 65% of registered voters have either no or incomplete address on the roll. Before the IEC was required to take addresses, 18-million people were registered without addresses. The voters’ roll had swelled to 24-million people by the time this court application was launched and now includes 16-million people without addresses, 8-million still on the roll from 2003 and another 8-million who cannot provide an address or have incomplete details. Trengove said the IEC was committed to collecting the details, but the IEC’s own papers admitted the issue only became a priority in recent years. Even Trengove said, “I can’t assure it was fastidiously done from December 2003.”

“If there hasn’t been compliance, what is to be done?” asked Mogoeng. Like other justices, he expressed dismay at the lack of detail the IEC offered on why so many people still don’t have listed addresses and questioned what the IEC has attempted to do to rectify the issue.

But the court is in a bind. The IEC appears to have failed in its duties, but upholding the Electoral Court judgment and making a finding that the IEC has violated section 16 (3) of the Electoral Act could potentially mean millions of people without addresses on the roll cannot vote. That would go against legislation favouring the right to vote and could then lead to the elections being delayed. Like Mogoeng said, no one wants that.

“The absence of a voter’s address on the roll does not imply or even suggest that a voter is invalid,” argued Trengove. Gilbert Marcus, representing the ANC, added, “The absence of an address cannot in and of itself constitute an irregularity. Deputy Chief Justice Dikgang Moseneke countered, “The mere appearance on the voters’ roll without an address is prima facie unlawful.” It at least needs a reasonable explanation. “How would anybody know whether people are entitled to vote?”

Trengove said even if there are problems in recording and storing addresses, the IEC works hard to ensure people vote in the right district. But Moseneke said, “They have a duty to make sure the right people vote. They come back and say we don’t know what the addresses are. How’s that adequate?”

Perhaps the most bizarre argument of the day came from Muzi Sikhakhane, on behalf of the Minister of Co-operative Governance and Traditional Affairs Des van Rooyen, who noted reasons someone may not provide a full address. Like if you’re in witness protection, or a judge, he said. Mogoeng countered saying almost all judges in the country would probably provide their address.

“A just and equitable order would be an order that allows the elections to take place,” Sikhakhane added. Mogoeng, summing up the court’s challenge, responded, “Where do we get the power from to ignore the law that governs past situations?” How can the court, which seems likely to find the IEC failed in its duty to record addresses, make a finding that doesn’t curtail the elections and disenfranchise voters?

There were potential solutions offered. Andre Bosman, representing the Tlokwe independent candidates, called on the IEC to marshal its resources, as in voter registration time, do its job and get the addresses it’s missing. The problem is the IEC says it will probably take until 2019 to sort the situation out. Mogoeng repeatedly questioned why it should take so long and referred to the seemingly rapid pace at which Statistics SA carries out the census. But neither Stats SA nor other canvassed government agencies seem to have offered a faster plan.

There was another suggestion: that if the IEC’s appeal should fail, voters without addresses are put on a sort of provisional roll. On polling day they could provide proof of address and be allowed to vote in their wards. This, however, was written off as impractical and illegal.

Representing the Democratic Alliance, Anton Katz also said the court should find the IEC has acted unlawfully since 2003. Pressed on a remedy that could find such and allow the elections to go ahead, the idea of suspending section 16 (3) of the Electoral Act, the part of the law that requires addresses, came up. “If it’s something that falls squarely within the power of the National Assembly that’s quite an attractive option,” said Mogoeng, uncertain of whether the court can do it itself, and also unsure as to whether Parliament could do it in time. The idea would be to suspend part of the act to give the IEC time to collect addresses.

“What is it we can do to ensure the elections do happen as scheduled without closing an eye to any law that applies to this matter?” asked Mogoeng, repeatedly battling with the different laws and his court’s powers. “Nobody wants to find himself party to an order that says millions of people cannot vote, but how do we get there?” asked Mogoeng.

Kemp J Kemp for the Inkatha Freedom Party also noted the potential of suspending 16 (3) of the Electoral Act if the court finds against the IEC. If Parliament were to suspend the law, however, it would probably end up back in court, he noted.

When Trengove appeared again for the IEC, after almost nine hours of debate in the court, the justices expressed frustration that he stubbornly held to the view that the IEC had done all it could to register voters’ addresses. “It is never just and equitable to require the impossible,” he said, noting that it’s simply not feasible to collect addresses for all voters on the roll in time for the elections. Should the court find against the Electoral Commission, however, Trengove suggested the order should be suspended for a time to allow it to get through the elections while it collects the addresses.

Mogoeng reserved judgment, delaying the crucial ruling for the elections. In the Chief Justice’s final statement, he repeated a hope he continued to express, “All I can say to the parties is nobody can ever force you to agree, but it’s an option worth pursuing, that possibility of finding each other.”

While the ConCourt is in an almost impossible legal bind, its best solution might be for the many diverse parties who made arguments on Monday to agree on their own solution to allow elections to continue and the IEC to sort out its failures. DM