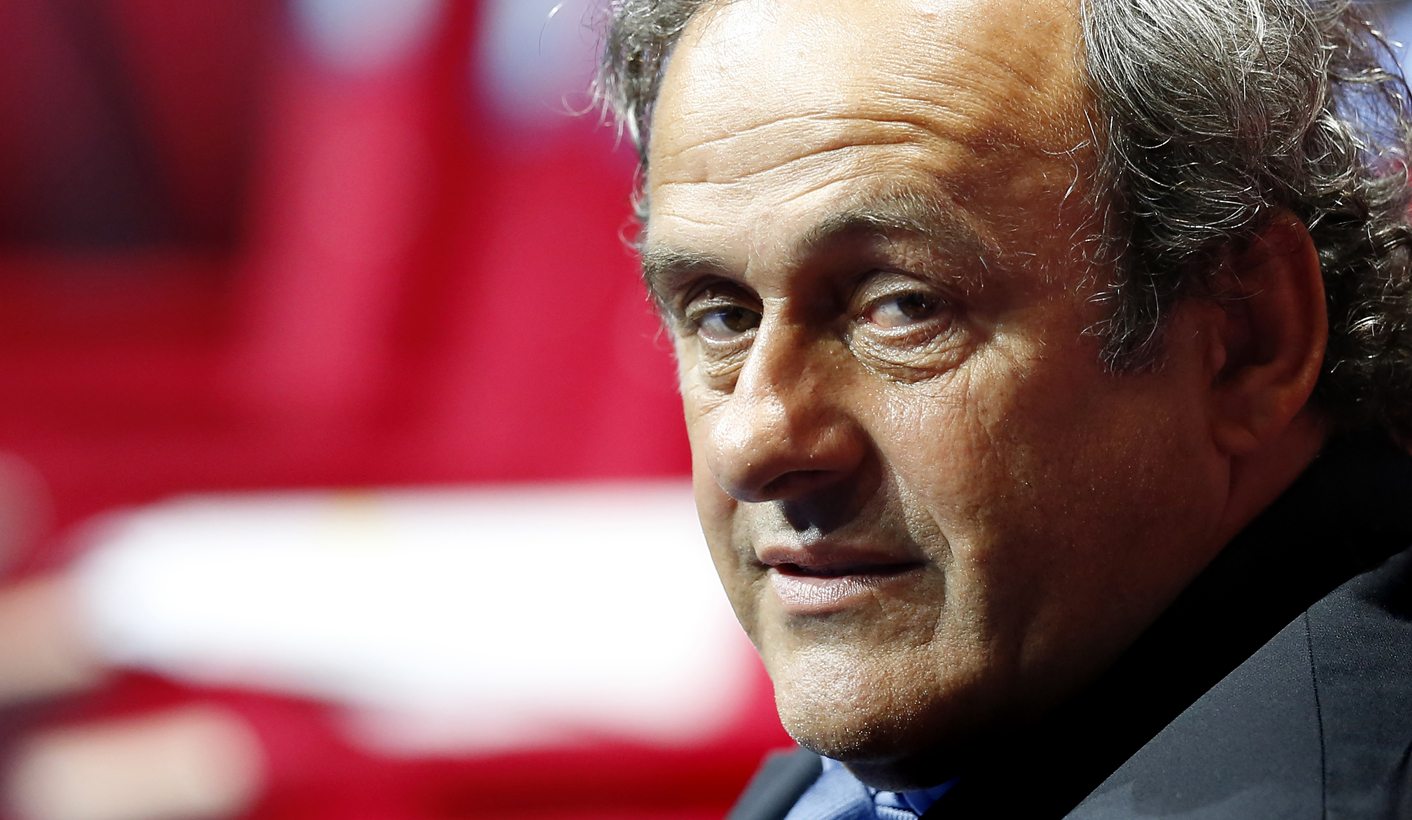 The Court of Arbitration for Sport only reduced Michel Platini’s ban from six years to four and rapped Fifa over the knuckles for failing to act on the irregular payment before the independent ethics committee opened an investigation into it, despite knowing about its existence. By ANTOINETTE MULLER.

On Monday, the Court of Arbitration for Sport reduced Michel Platini’s six-year ban from all football-related activities to four years. Fifa had already reduced the ban from eight to six years, but Platini was fighting to have the entire ban overturned and was more than a little bit grumpy that the Court decision has effectively ruled him out of the running for the Fifa presidency in the near future. Platini confirmed that he will be resigning from the Uefa presidency, a position he has held since 2007.

“I take note of today’s decision from the Court but I see it as a profound injustice,” Platini said in a statement. “This decision inflicts a suspension on me that, as luck would have it, stops me from contesting the next election for the Fifa presidency.

“As agreed with the national associations, I am resigning from my duties as Uefa president to pursue my battle in front of the Swiss courts to prove my innocence in this case. Life is always full of surprises: I am henceforth available to experience more of them.”

While the ban was reduced, the court also ruled that Platini was guilty of conflict of interest for taking a £1.25-million payment from Fifa approved by Sepp Blatter in 2011. The payment stemmed from the “gentleman’s agreement” made between Platini and disgraced former Fifa President Sepp Blatter when Platini was working for Blatter between 1999 and 2002.

Platini was, however, only paid the amount in 2011 and the Court panel said that it “was not convinced by the legitimacy of the 2,000,000 Swiss francs payment, which was only recognised by Mr Platini and Mr Blatter”.

The statement added that Platini received the money “more than eight years after the end of his work relations, was not based on any document established at the time of the contractual relations and did not correlate with the alleged unpaid part of his salary”.

The court also criticised Fifa for failing to act on the irregular payment before the independent ethics committee opened an investigation into it, despite knowing about its existence. Uefa is likely to hold elections in mid-September to decide on who will replace Platini.

The Frenchman has one more option to try to overturn his ban: he can take the appeal to the Swiss federal court, but this can only happen if it is found that there are procedural irregularities. This seems unlikely and, for now, it seems that Platini’s stay in the upper echelons of world football is over. For Fifa, though, this should be just the beginning.

While there is nothing radical about the Court ruling it does signal an end to at least one embattled chapter at Fifa, but the Pandora’s Box into many others is yet to be opened. It is hard to see Platini worming his way into football again, especially if Gianni Infantino implements all the reforms he has promised.

Platini is just one small player in a very large cast of scallywags, but what he knows could prove invaluable for unravelling the corrupt tapestry that has been part of the Fifa DNA for so many years.

The trouble is that Platini still insists that he is the one who has been wronged. That his biggest concern in failing to overturn the ban is that it puts his future chances of becoming Fifa president out of the question suggests that this is a man obsessed with power and control, rather than one considering what is good for the game.

It is highly unlikely that he will comprise his reputation further by fessing up to what he might know of the swindling that went on during the Blatter era. Unravelling the rest of the sordid mess will largely the be left up to Fifa itself as well as the US Justice Department and the Swiss authorities, all of whom are investigating separate incidents of crooked dealings.

For Fifa, though, this should be seen as vindication in a way. Even the staunchest Platini critics might have thought at some point that perhaps Fifa somehow got this decision wrong in a bid to try to prove that they are really out to clean up their act. After all, how could one of the finest players of his generation fall so far from grace? Now though, with the highest sporting court backing their findings, they cannot leave any stone unturned. DM

Photo: A file picture dated 28 August 2014 shows UEFA president Michel Platini attending the draw ceremony for the UEFA Champions League group stage at Grimaldi Forum in Monaco. Platini on 09 May 2016 announced he will resign as UEFA president after the Court of Arbitration for Sport (CAS) had reduced a football ban on him from six to four years. EPA/SEBASTIEN NOGIER