??Letter to the editor: Don’t claim to speak for all UCT alumni 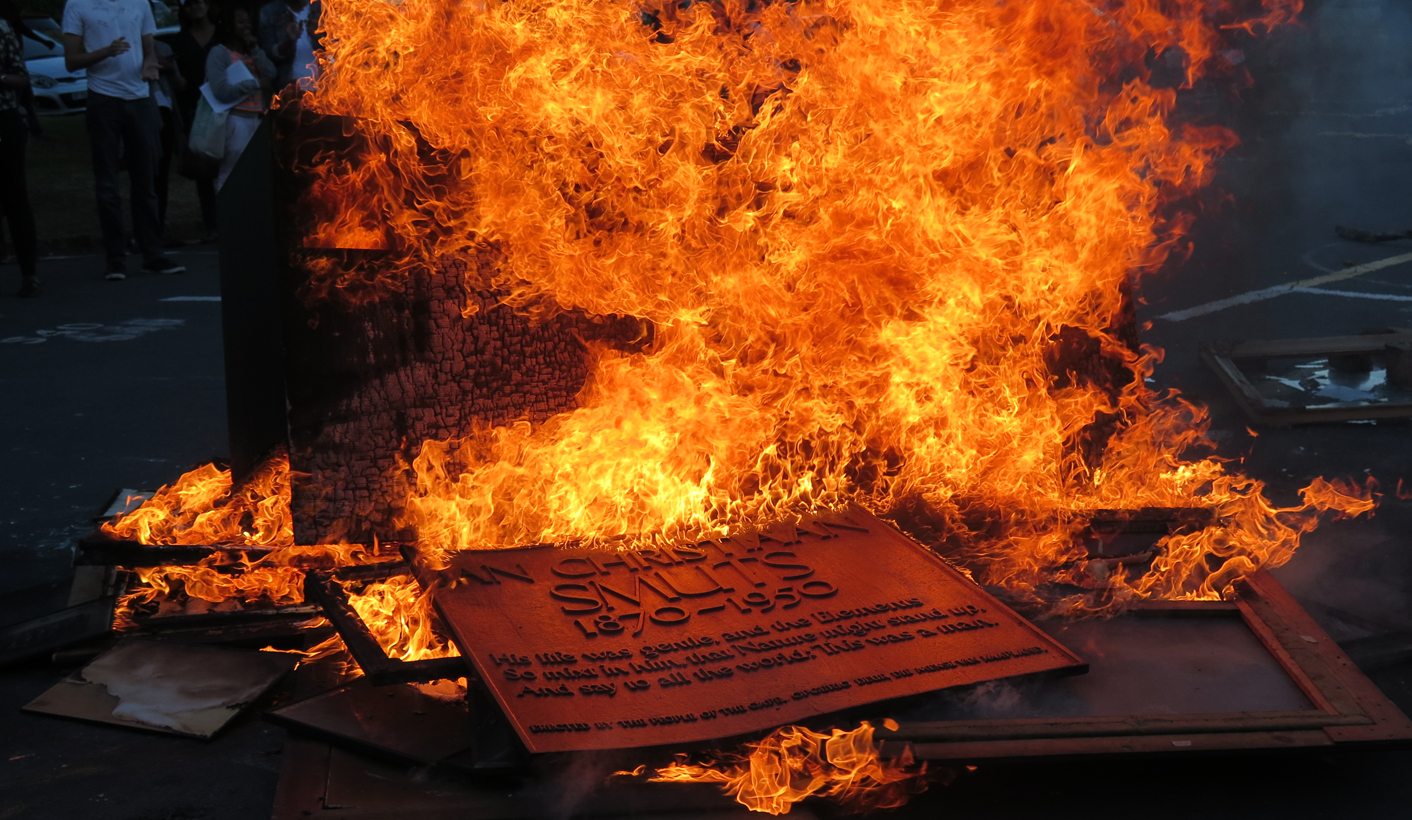 I am a UCT alumnus and I don’t agree with Dr Russel Ally’s attempts to defend the university’s current transformation policies, even though he claims to speak on behalf of all alumni. By Thomas Johnson.

Dr Russel Ally, executive director: development and alumni at the University of Cape Town, says UCT’s alumni will see through Ken Hughes’ and RW Johnson’s ruse of equating blackness with decline and failure.

How is he so sure UCT’s black, never mind white, alumni agree with their so-called transformation that includes censorship and destroying art? How is he sure they will not agree with Hughes, Johnson and many others?

I’m a black alumnus and Ally does not speak for me. In published letters to BDLive and the Cape Argus I dissociated myself from UCT because of what is happening there, saying my diploma certificate is a “thing of shame”.

Like “fallist” Mohammed Jameel Abdullah in his Letter From a “Taliban”, Ally accuses his interlocutors of racism. It’s so easy to do that, isn’t it, rather than engaging with the problems they raise.

I’m not a PhD like Ally but I understood what Hughes, Johnson and others are saying. Does that make me a racist, and do I have “nostalgia for UCT before the black man came” because I agree with them? Or perhaps I am a sell-out and Uncle Tom because I’m a black liberal who is appalled at the academic values and standards UCT appears intent on rubbishing?

Funny Ally mentions Zimbabwe. Earlier today I wrote a letter to BDLive on a related topic – Rhodes Must Fall – and said:

“Removing Rhodes’ statue, burning paintings and censoring art was never about transformation or nonracism, but Zanufication of campuses where these disreputable individuals are fortunate to find themselves by the grace of family money or scholarships. And I’m speaking as a student of Pentech and UCT during the 1980s when we knew what racial oppression was about, not the manufactured kind that serves RMF’s agenda today.”

I was at UCT again from 2006 to 2008 part-time reading for a master’s degree. There was no angst, or any feeling by anyone, about Rhodes’ statue, “offensive” art, colonialism and transformation as suddenly displayed by the fallist movement since 2015. Vice-chancellor Max Price, who capped me in June 2009, was pleasant and sanguine, unlike the tortured soul he appears to be today.

Where was “UCT’s commitment to transformation” then?

In 2012, Price vociferously defended UCT’s race-based admissions policy that favoured black students, today’s RMF among them, with lower entry standards. Laughingly, and with no one believing him, he paternistically described it as justification – “proxy” – for an alleged “poor racial self-image” that blacks, including economically and socially privileged ones, allegedly have.

After a public outcry, UCT implemented a more equitable admissions policy that considered economic factors among many. Price recanted his former position and defended the new policy after complaints by a black students’ association, which threatened legal action, that alleged it discriminated against them.

My point is transformation at UCT appears to be a moving target, shifting in favour of whomever shouts the loudest. At the moment it’s the increasingly discredited and directionless RMF, which does not know what to do with the power and attention it obtained by destroying things. Ally’s dismissal does not hide the fact that he cannot counter Hughes’ and Johnson’s points that UCT in this instance – regarding art censorship and transformation – has cravenly kowtowed to the RMF.

Why would UCT and Ally tacitly defend RMF (see “Appeasing the Taliban”, another letter published by Daily Maverick) and attack its critics including me by extension (the “others” he referred to) when the movement and its childish members are proving themselves to be racist, xenophobic, arrogant, destructive, attention-seeking, opportunistic and hypocritical? He is silent on why UCT capitulated to the RMF mob.

In 2012 a UCT academic professionally involved with academic support told me students from township schools posed a special challenge for the university in terms of teaching. Many had an inadequate grasp of English and other skills necessary for university.

This is the same problem companies and sporting bodies, which are being accused of not transforming, is facing: the government’s failures in education, economic growth and social development opportunities, especially for black youth. But government imposes penalties on others for noncompliance but does not take responsibility for its own failures.

Writing about labour minister Mildred Oliphant’s threats to impose fines on companies for not complying with racial quotas, the Institute of Race Relations’ Anthea Jeffrey says only 5% of the black population have tertiary qualifications. But government expects them to fill 77% of senior managers’ posts where a degree is often essential. I expect a similar, but at a higher level, situation applies to universities.

For all his contempt, Ally did not respond to Hughes’ and Johnson’s point that instant, overnight transformation in the manner that UCT and government contemplate cannot remedy historical challenges – pre- and post-apartheid. He lists UCT’s current distinctions. But, of course, misses the point that it will not remain so once their strategic plan comes to fruition in five, 10 or 20 years time.

The Guardian article on May 5 reports that UK universities are slipping in global rankings, facing increasing competition from Asian universities. With the reputation race-motivated transformation has in South Africa, where obsessive quotas and politics have all the influence and merit counts for little, does Ally still believe UCT, with its racial engineering, will hold on to its current ranking?

A university is synonymous with an environment conducive to debate, learning and discovery. Johnson mentions a “fearful and demoralised” UCT faculty. This is factual.

An academic tells me many of them are concerned about what is happening.  According to this person, the environment is toxic and worse than we think, and they are facing “horrifying” vilification and demonisation for speaking out, and being called racist (there we go again).

In my letter to BDLive I suggested the majority of UCT staff may be remaining silent in public because of the backlash against Hughes by fallists who disrupted his lectures. It appears from this Groundup article that Hughes received little or no support from his faculty. They have my sympathy and support.

Is this the kind of academic and institutional environment, with little semblance to sacred academic freedom, where Max Price and management facilitated the nurturing environment for the fascists who now have them on the run, that Ally states places UCT in the same company of Oxford and Yale? Where staff are vilified and threatened for speaking out and policy is determined by brown shirts-in-training?

Don’t make me laugh. And don’t speak for all black alumni. I think Ally will find many of them are appalled by what is happening. DM