House of Cards: O’Sullivan turns up the heat on Gauteng Hawks 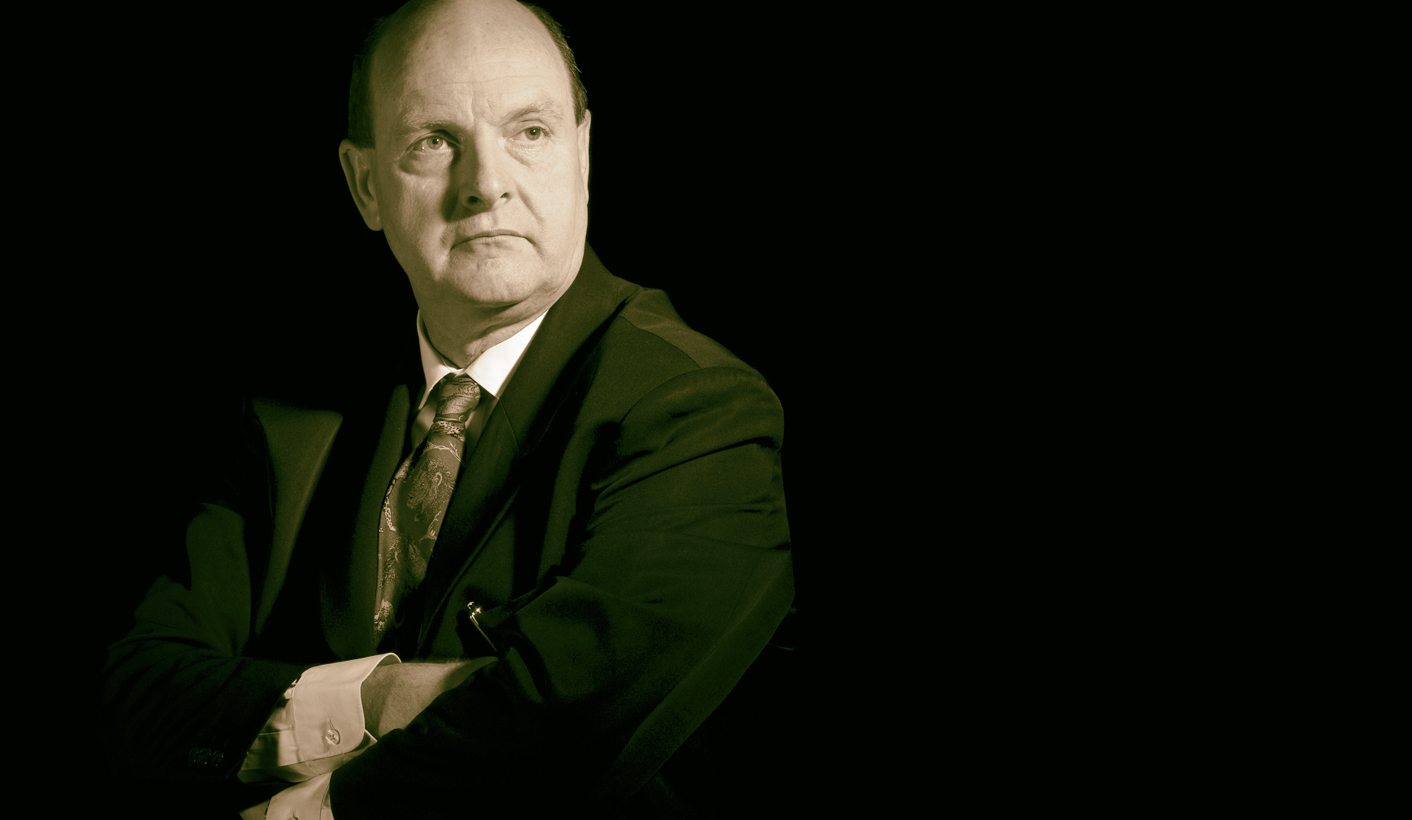 Lawyers representing forensic investigator Paul O’Sullivan, who was dragged off a London-bound flight by Hawks officers on 1 April for allegedly contravening the Citizenship Act, have requested that Gauteng Hawks head, Prince Mokotedi, appear in the Kempton Park Magistrate’s Court today (Monday). Mokotedi faces a grilling around several aspects surrounding O’Sullivan’s arrest including the handcuffs, the blue-light, high-speed convoy, the alleged threats to charge the investigator with treason, the inhumane conditions in the cells and the unlawful seizure of his phones, all of it because he had three legal passports. By MARIANNE THAMM.

Correction: While it has previously been reported that Mokotedi’s testimony in the Selebi trial was seen as a ploy to discredit Nel, Mokotedi has not been found guilty of perjury. As the story notes, charges laid by O’Sullivan have not been investigated and these remain  charges –  and, therefore, remain allegations.

Paul O’Sullivan and Prince Mokotedi have been locked in a cat-and-mouse game ever since Mokotedi, in his previous incarnation as head of the NPA’s “Integrity Unit”, came out to bat for former police commissioner Jackie Selebi during his marathon trial for corruption in 2010, with Mokotedi perjuring himself in the process. O’Sullivan was instrumental in helping to bring Selebi to court, where he was eventually sentenced to 15 years.

In October 2012 O’Sullivan opened case CAS 369/10/2012 at the Silverton police station, near the Hawks head offices in Pretoria, calling for the investigation and prosecution of Advocate Lawrence Mrwebi (currently the NPA’s Director of Public Prosecutions), Advocate Nomgcobo Jiba (current Deputy Director of the NPA), Lieutenant-General Richard Mdluli (former Crime Intelligence boss and alleged current keeper of the keys to Zuma’s security kingdom), Prince Mokotedi (now Gauteng Hawks head), as well as several others, on charges of defeating the ends of justice, perjury and breaching Section 32 of the National Prosecuting Authority Act by unlawfully interfering in the prosecution of Selebi.

Unsurprisingly, a sort of mini Stalingrad strategy within the NPA has resulted in no investigation whatsoever of the allegations while most of those named in O’Sullivan’s case continue to work in the heart of South Africa’s criminal justice system. Mokotedi, as well as Mdluli, were central to the Zuma “spy tapes” saga which reached a legal crescendo on 29 April, when North Gauteng High Court Judge Aubrey Ledwaba ordered that 783 charges of corruption, fraud, racketeering and money-laundering be reinstated against President Jacob Zuma.

Mokotedi resigned from the NPA in 2014 before facing a disciplinary hearing in relation to charges that he allegedly leaked to the media a document on former prosecutor Glynnis Breytenbach.

And then suddenly in February 2016 Mokotedi found himself back in from the cold when he replaced suspended Gauteng Hawks Head, Shadrack Sibiya (now facing various charges related to the “Zimbabwean rendition” case). Two months later Mokotedi and O’Sullivan’s paths once again crossed when the investigator was dragged off the plane at OR Tambo on 1 April.

The show of force and exactly what happened to O’Sullivan after his arrest for the relatively minor offence of contravening the Citizenship Act is what will face public scrutiny in the Kempton Park court today (Monday).

O’Sullivan had, at the time of his arrest, been in the process of investigating several high-ranking police officials as well as other powerful political players allegedly implicated in corruption and had lodged several complaints with the SAPS and IPID before his sudden arrest.

One needs to be a successfully lobotomised cretin not to join the dots.

O’Sullivan appeared in the Kempton Park Magistrates’s court on Friday in an attempt to have his bail conditions relaxed. At present he is out on R20,000 and is expected to report daily to the Sandton Police Station. He has also had to hand in his passports. O’Sullivan has argued that these conditions are hampering his ability to travel and do business. The court will hear the application on Monday. It is then that O’Sullivan’s legal team would like to quiz Mokotedi about the investigator’s arrest and the manner in which he was held and treated.

On Friday the magistrate ordered that Mokotedi appear to answer questions.

O’Sullivan maintains his arrest was unlawful and that the conditions under which he was held amount to torture.

O’Sullivan said he was never questioned about any matter relating to his dual citizenship or the charge under which he had been arrested and that when he asked to see his warrant of arrest it was not forthcoming.

The Hawks had instead sought to obtain information from O’Sullivan about the alleged interception of phone calls.

O’Sullivan says that on 18 April he went to meet Mokotedi at the Hawks Offices in the Joburg CBD accompanied by his attorney, Darryl Furman.

While the meeting had been set for 11:00, Mokotedi had asked the investigator and his attorney to wait while he consulted his team.

“After being kept waiting for a further 30 minutes, we were ushered in again, only to see Mokotedi slipping away down the corridor, as it was clear he now wanted to place distance between himself and this matter. The only conclusion I could come to was that my attorney’s letter had placed him in a predicament, as it well should have done,” O’Sullivan said in his statement to IPID.

One of O’Sullivan’s strengths, apart from his investigative skills and his tenacity, is his considerable grasp and understanding of South African law. Anyone who hopes to corner the investigator and who does not play “by the book” is certain, in the long run perhaps, to be exposed in a court of law. On Monday the Gauteng Hawks boss will be feeling the heat as he takes the witness stand. DM