Brain Drain: Can Africa keep its best and brightest? 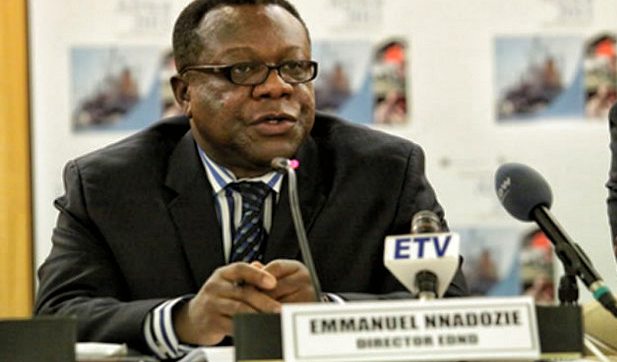 Thousands of Africa’s cleverest people are deserting the continent every year, looking for greener pastures in Europe or North America. But while African leaders know they have to fix this problem, there’s no obvious solution. By NJERI KIMANI.

In Harare, Zimbabwe, the African Capacity Building Foundation held its showpiece jamboree last week. The setting was apt: if ever there was a country that could do with building a little more capacity, it is Zimbabwe. Failing that, the country might look markedly different today if it had merely kept hold of the capacity – the knowledge, the skills, the professionals, the technicians – that it already had.

There are tens of thousands, if not hundreds of thousands, of highly-skilled Zimbabweans in the diaspora. Their departure is Zimbabwe’s loss, and the rest of the world’s gain. If Zimbabwe is ever going to turn itself around, it will have to somehow start convincing these talented people to stay.

This is not just a Zimbabwean problem, as Foundation executive secretary Emmanuel Nnadozie made clear. It’s an African problem, and it is the Foundation’s job to figure out where the next generation of African economists, engineers, agronomists, doctors, managers and technicians etcetera is going to come from. Their first challenge, however, is to make sure Africa holds on to the skills it already has.

Nnadozie is concerned that no one else seems to appreciate the severity of the brain drain – and its devastating impact on Africa’s development.

“In 2011, over 1,000 medical graduates who were born or trained in Africa migrated and were registered to practice in the USA alone. I am ashamed and outraged by the leaders who are acting as if nothing is happening in the continent,” he said.

In a report, the International Organisation for Migration estimates that there are 300,000 African professionals residing outside Africa, and 20,000 more leave the continent every year. Meanwhile, Africa must employ some 150,000 expatriate professionals at a staggering cost, estimated at around $4-billion per year.

“African leaders should stop burying their heads in the sand. They should realise that the continent is bleeding from the number of people leaving it. In fact, I’m perturbed that no leader is willing to get to the key root of the issue. Doesn’t it disturb you that as a leader, people would rather risk losing their lives crossing animal-infested water bodies, or having their boats capsize, than live in your country?” Nnadozie asked.

The departure of skilled professionals is part of a broader picture of migration out of Africa. But the loss of these skills may have an outsize impact on the countries they are leaving behind. Nnadozie observed, for example, that while Africa bears 24% of the global burden of diseases, the continent employs just 2% of the world’s doctors – leaving it hopelessly ill-equipped to deal with multiple health crises.

So what’s the solution? Delegates at the Foundation’s Capacity Development Forum offered plenty of platitudes, but little in the way of concrete fixes.

“More realistically, it is important to ensure that our people feel comfortable in their continent. They should be the first in dealing with solutions affecting it. As a continent we should focus on ensuring that our experts feel needed and can work well in the continent,” said Soumana Sako, former Malian Prime Minister.

The scarcity of these experts illustrates just how important it is to hold on to them. For example, engineers are vital to achieving almost any development goal, yet Africa has an average of just 25 engineers per 1-million people (compared to 168 in Brazil, 2,457 in the European Union and 4,103 in the US). Currently, the Foundation estimates that Africa needs another 7,441,648 in order to achieve the goals outlined in the African Union’s Agenda 2063.

“Currently the capacity deficit in Africa, as the Foundation was to find out, is enormous for purposes of achieving objectives and goals of Agenda 2063. In addition, whatever capacity that is being built is not sufficiently synchronised or aligned with the needs for transformation. Whatever capacity has been built should also be retained. Better still, as much as possible focus should be on building capacity that builds further capacity in order to avoid erosion and ensure sustainability,” said Anthony Mothae Maruping, the AU’s economic affairs commissioner.

There are initiatives under way to address Africa’s capacity issues. In Zimbabwe, universities are allowing engineering students to study for free. In Ghana, the Public Sector Management Training Programme, which is supported by the Foundation, has trained 375 students in the last decade.

“Developing capacity in the public sector is a long, slow and expensive process. Even though [we] graduated 375 senior and middle level public servants, the number seems insignificant to make a big impact in the participating countries given the size of the public sector,” said the programme’s dean, Professor Samuel Adams.

Adams is right: capacity building is a long, slow, expensive process. Made even longer, and slower, by the steady flow of these graduates and others into the governments and companies of other continents. DM