Health-E News: SA’s looming water crisis – the less we have, the dirtier it is 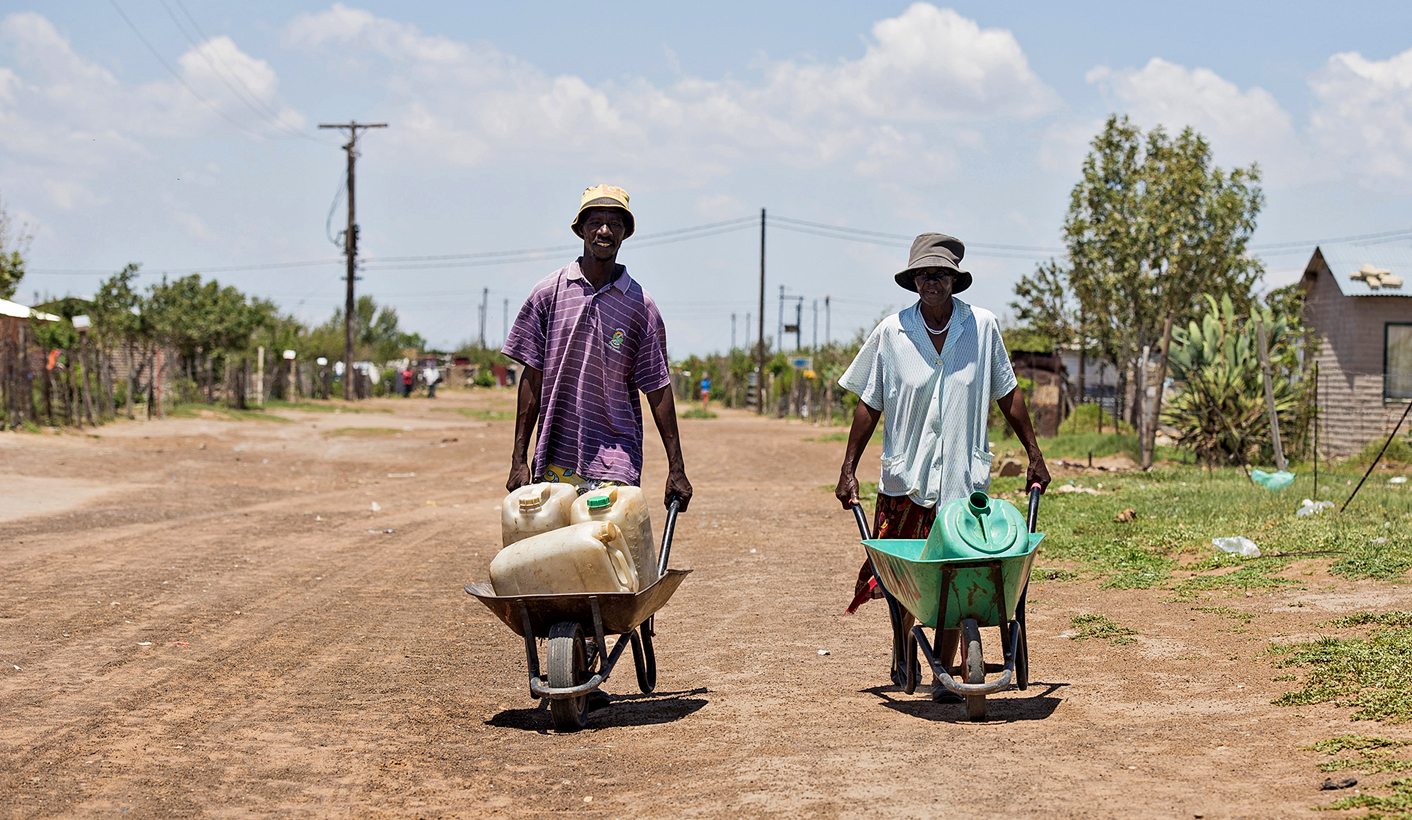 Our rivers are awash with sewage, and we are soon going to be running short of water. HEALTH-E’s Kerry Cullinan reports on a looming health crisis.

A swim in a lagoon on the KwaZulu-Natal south coast cost historian RW Johnson his leg in 2009. Flesh-eating bacteria entered a cut on his foot, causing necrotising fasciitis – a terrifying condition in which bacteria poison the connective fascia tissue at a rapid rate. The condition kills at least half of all those it infects.

Peter Breedt, a Durban doctor, also suffered from necrotising fasciitis after surf-skiing off Durban’s beaches in 2012. He reported that the water was dirty and smelled of sulphur at the time.

The bacteria that can cause necrotising fasciitis are not that common, but some are found in sewage, alongside the more common e.coli, cholera, shigella and salmonella bacteria. While the gastroenteritis caused by these common bacteria is not headline grabbing, it is often deadly for babies and old people.

Yet a rather shocking three-quarters of the water pumped back into our rivers by municipal treatment plants isn’t properly treated. In other words, it is still sewage that is heaving with infectious pathogens. And we have 986 municipal water treatment facilities that discharge 2,100-million kilolitres of treated water into river systems every year. This is according to the SA Health Review (SAHR) 2016, released last week, which came to this conclusion based on research taken from government’s own Green Drop waste water monitoring programme.

The Umgeni, Vaal, Crocodile and Olifants rivers are reputed to be the country’s most polluted rivers. This stinky, contaminated water is used to irrigate some of the crops that we eat and it endangers the health of anyone swimming or playing in rivers, river mouths and lagoons.

Behind the deadpan tone of the SAHR report lurk some other terrifying facts. Acid mine drainage is contaminating our water supplies as acidic water from decommissioned mines leaches into rivers. Acid mine drainage has high concentrations of toxic heavy metals including cadmium, cobalt, copper, molybdenum, zinc and uranium. These can have serious health implications, particularly for kidney disease and cancer.

Throw climate change into the mix and what you get is a general rise in temperature, which causes evaporation in rivers and dams. This means that there will be less water to dilute the effect of pollutants, meaning that there is an even higher concentration of heavy metals and infectious pathogens in our rivers and dams, which will eventually spill out into the sea.

People are getting more concerned about the water quality too. “Less than two-thirds of households rated their water services as ‘good’ in 2013,” reports researcher David Hemson in the SAHR 2016. Households reported being concerned about whether their water is clean, clear, tastes good and is free of unpleasant odours.

A few years ago, a Durban doctor told me that she was seeing so many cases of gastroenteritis in her practice that she advised people to boil their drinking water.

The US Centres for Disease Control (CDC) estimates that about half of all gastroenteritis cases are caused by viruses. And while government officials often assure the public that they conduct regular tests of the water in rivers and the sea, they don’t test for viruses.

Between April 2011 and January 2012, University of KwaZulu-Natal researchers Professor Johnson Lin, Atheesha Ganesh and Moganavelli Singh regularly tested the water in the uMgeni River, which enters the sea in Durban. They found a very high concentration of viruses, including adenoviruses, rotaviruses, enteroviruses, herpes and hepatitis B in the water in every sample. These pose a significant threat to people’s health, yet usually escape undetected.

“Routine viral monitoring is not required for drinking or recreational waters and neither is it required for wastewater that is discharged into the environment. This lack of a monitoring effort is due largely to the lack of methods that can rapidly and sensitively detect infectious viruses in environmental samples,” note Lin and colleagues, writing in the Journal of Water and Health in 2015.

The cavalier approach of many municipalities to our water supply is even more disturbing, given that water is soon to be a scarce resource. Our annual rainfall is below the world average, yet our water consumption is above the world average – and “population growth and greater urbanisation will increase the demand for water supply in the future”, says researcher David Hemson in the SAHR 2016.

“Demand is anticipated to rise over the next 20 years, while the country’s water resources are considered to be almost fully allocated – leading to an ongoing critical period in water management,” he adds. “The 2016 water crisis, precipitated by the worst drought since 1933, has resulted in widespread water shortages that are increasing stress on an already challenged infrastructure.”

Other than the fact that much of our natural water is polluted, a high proportion of our clean water supply is wasted thanks to poor maintenance. In 2009/10, 78% of households in Mpumalanga and 69.5% in Limpopo reported interrupted water supply over the previous year. These were caused mainly by burst pipes, water leaks, poor general maintenance and insufficient water. In Mpumalanga, it usually took municipalities over two weeks to fix problems.

Without water, we cannot survive. This means that the poor management of waste water and inadequate maintenance by local government pose serious threats to our very survival. DM