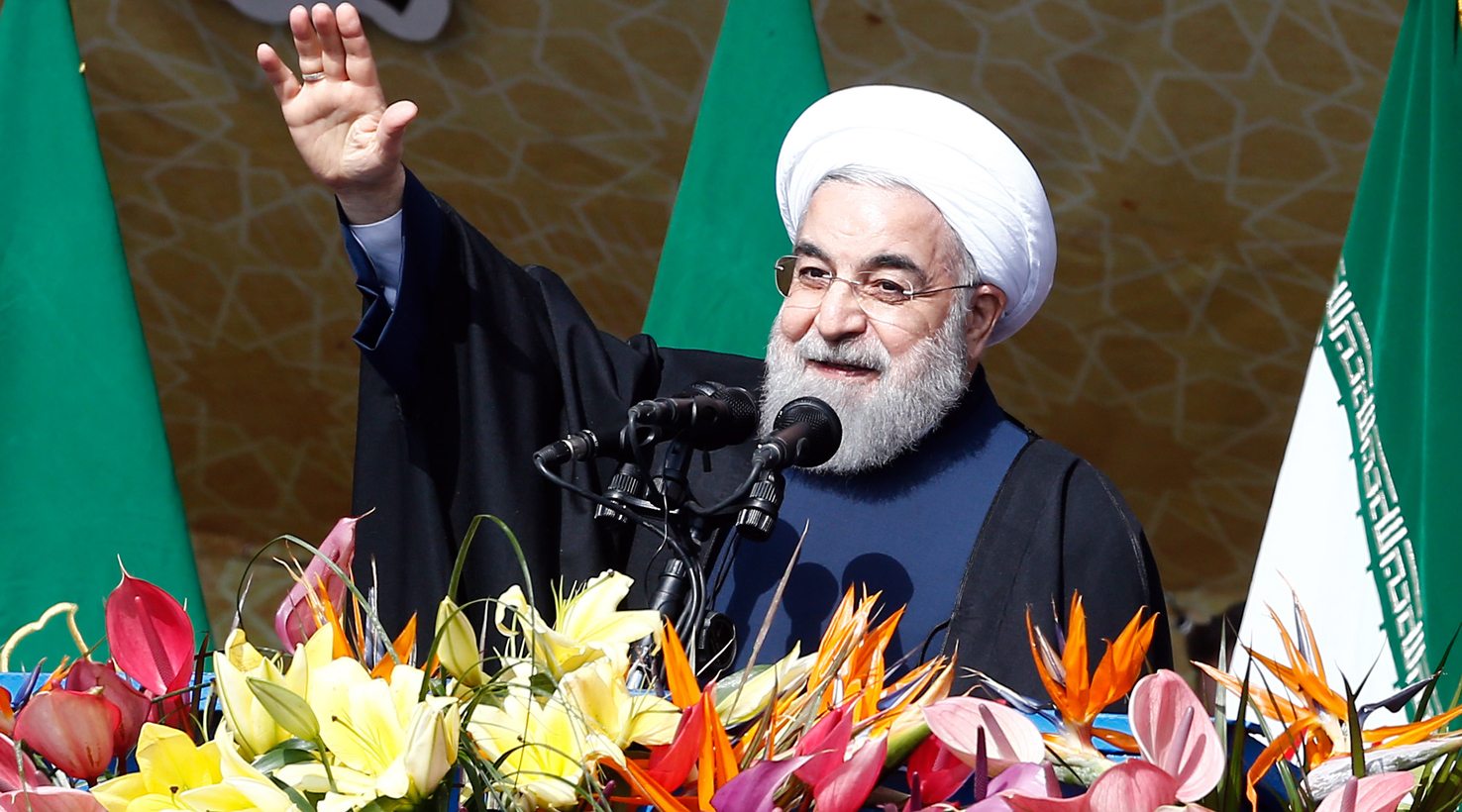 Iran’s new parliament has many new faces and, for the first time, more women members than clergymen. But with no clear victor after the 28 April completion of Iran’s parliamentary elections, Senior Iran Analyst ALI VAEZ argues in this Q&A that President Hassan Rouhani will face many challenges and that rapid change is unlikely. By INTERNATIONAL CRISIS GROUP.

In the 28 April run-off elections for parliament, Iranians have filled the 68 seats left vacant in the first round of voting back in February, when candidates for these seats failed to win more than 25 per cent of the votes. Now that it is over, can you tell us who has won and who has lost?

The tallies vary from one news outlet to another. For example, the Associated Press reports that supporters of President Hassan Rouhani won 143 out of the 290 parliamentary seats, while the New York Times put that number at 122. This discrepancy is the result of the absence of a traditional political-party system in Iran, the fluidity of the country’s factional landscape, and its confusing characterisation into moderates, hardliners, conservatives and reformists.

Iran’s political landscape can be divided into four camps: those who prioritise the system’s republican institutions (republicans) and those prioritising its theocratic bodies (theocrats). The former camp is generally aligned with President Rouhani and former President Akbar Hashemi Rafsanjani, while the latter takes its cues from Supreme Leader Ali Khamenei. Each camp is further divided into pragmatists and radicals, or those who seek, respectively, more gradual or faster change. With this in mind, I would argue that the new parliament is composed of 123 republicans (almost all pragmatists), 80 theocrats (mostly pragmatists, with a few radicals) and 84 independents.

From Rouhani’s perspective, this is certainly a satisfactory result. The republicans gained political ground and ousted leading radical theocrats (a group that was a real nuisance to the Rouhani administration). The theocrats who control most media platforms and election-management bodies stacked the deck against the republicans through negative campaigning and heavy pre-election disqualifications of candidates. Dealt a bad hand before the campaign, the republicans ended up playing quite well.

How significant is the presence of a large number of independents?

This is not a new phenomenon. In the 2012 parliamentary elections, 35 per cent of first-time lawmakers were independents. This cohort’s political behaviour is difficult to predict. They tend to coalesce into political blocs only after a new parliament convenes, in this case on 27 May. Their choices could determine the balance of power. Rouhani could use the power of the purse to draw some of them into a republican bloc, but it is unclear whether he could use them to build an absolute majority.

In fact, the independents could form their own bloc or split the legislature into blocs of equal weight, thus giving rise to a hung legislature that would slow – rather than facilitate – decision-making, at least on issues over which there is limited elite consensus. Or independents could vote on an issue-by-issue basis, most probably throwing their weight behind the republicans on economic policies while siding with the theocrats on socio-political matters.

Can it be said that the run-off elections gave Iran’s republicans a working majority in parliament for the first time since President Mohammad Khatami left office a decade ago?

That depends on your definition of a “working majority”. The republicans’ ability to gain a relative majority depends on how the independents position themselves. Even if the next parliament were to come decisively under the republicans’ control, Iran’s governmental institutions would not necessarily work in harmony. During President Khatami’s first term in office, both the legislative and executive branches were in the hands of his allies, yet their reforms were blocked by the theocratic-controlled Guardian Council, which vets all legislation. His successor Mahmoud Ahmadinejad’s theocratic government, on the other hand, was at daggers drawn with parliament for most of its time in office as a result of factional infighting.

What kind of victory have Rouhani and his allies then won?

With just 26% of incumbents winning re-election, the election has fundamentally changed the complexion of the parliament and shifted the balance of power in favour of the republicans. Given that the most ardent critics of the nuclear agreement negotiated by Rouhani were ousted, the legislature will likely be more co-operative when it comes to implementing the deal. It is less likely to grill the minister of foreign affairs and other officials who were involved in the nuclear talks.

But this does not mean that republicans will have a blank check for advancing Rouhani’s agenda. As Iranian economist Djavad Salehi-Isfahani has explained, entrenched interests and diverging viewpoints mean that even the cooperation of this friendlier parliament in implementing Rouhani’s economic agenda should not be taken for granted. On almost all other major policy decisions, from economic to socio-political issues and relations with the West, the political establishment is deeply divided and these differences will come to the surface.

Anyone who exaggerates Rouhani and his allies’ election victory is likely to be disappointed. It’s not hard to imagine that a year from now some will say that the republicans failed to usher in change, despite dominating both the executive and legislative branches. In fact, the republicans control, at most, the executive and half of the legislative branch of government. Meanwhile, the theocrats are in control of all other power centres: the judiciary, the Guardian Council, the Assembly of Experts, the armed forces, the state television, and so on. Those who expect rapid or radical change should temper their expectations.

How important is the selection of the new parliament’s leadership?

Competition for the speaker’s position could split the republican coalition. The main contenders for the post are incumbent Speaker Ali Larijani and Mohammad Reza Aref, a former vice president under President Mohammad Khatami. Aref, who withdrew his 2013 presidential bid in favour of Hassan Rouhani, received the highest number of votes in this year’s parliamentary elections, and he therefore believes the speaker’s mantle is rightfully his. But in the past few weeks, 145 elected parliamentarians made a point of meeting with Larijani versus 70 who went to see Aref. This relative show of popularity suggests that the former speaker is in a stronger position.

Rouhani’s preference could also play a role. Larijani is a pragmatist theocrat, who has served as speaker for the past eight years and has significant clout with other power centres, especially the judiciary, which is headed by his younger brother. Despite being a theocrat, he is – like Rouhani – a pragmatist and thus has a good working relationship with the president and was tremendously supportive of the nuclear agreement. He stands a better chance of helping the government create consensus among different lobbies than Aref, who is a pragmatist republican with no parliamentary experience. Some have suggested that Larijani and Aref might share the leadership position, alternating on an annual basis, but it is unclear whether such a compromise would be either workable or acceptable to them. If the competition escalates, it could split the republican camp into pro-Larijani and pro-Aref factions, reducing republicans’ chances of outvoting the theocratic faction on key issues.

Are there any other striking changes in the new parliament?

For the first time, the parliament will have more women than clerics. Seventeen women were elected, up from nine in the outgoing parliament. The number of clerics in Iran’s parliament has gradually decreased since the 1979 revolution. While clerics assumed 50% of the seats in the first parliament, they will represent a mere 6% of the next legislature’s membership. This is reflective of changing social trends in Iran; a young and vibrant society where women comprise more than 60% of university graduates, and where technocratic skills are deemed more valuable than a religious pedigree. Having said this, the policy implications of these shifts are unclear.

Do the parliamentary elections signal how Rouhani will do in next year’s presidential poll?

Parliamentary elections often presage the outcome of the subsequent presidential contest. If presidential elections were held today, Rouhani would likely be re-elected. But Rouhani’s rivals know this, too, and will do everything in their power over the next fourteen months to make him Iran’s first one-term president. The outcome of the parliamentary elections has probably increased both the theocrats’ concerns and their motivation to block Rouhani from gaining further ground in the aftermath of the nuclear deal and lifting of sanctions.

Sharp differences between the president and Supreme Leader Khamenei on economic priorities will also not help Rouhani win a second mandate. The president and his republican allies believe economic interdependence can deter outside pressure; they also believe that economic growth is crucial, and that without absorbing $30-50-billion of foreign investment per year Iran will not be able to reach its target of 8% economic growth. The leader and his theocrat allies, however, prefer economic self-reliance over the foreign cultural and political influence that they fear would come with Western economic investment. These tensions are bound to worsen in the run-up to the 2017 presidential elections. DM

Photo: Iranian President Hassan Rouhani waves to the crowd during a ceremony marking the 37th anniversary of the 1979 Islamic revolution, at the Azadi (Freedom) square in Tehran, Iran, 11 February 2016. EPA/ABEDIN TAHERKENAREH