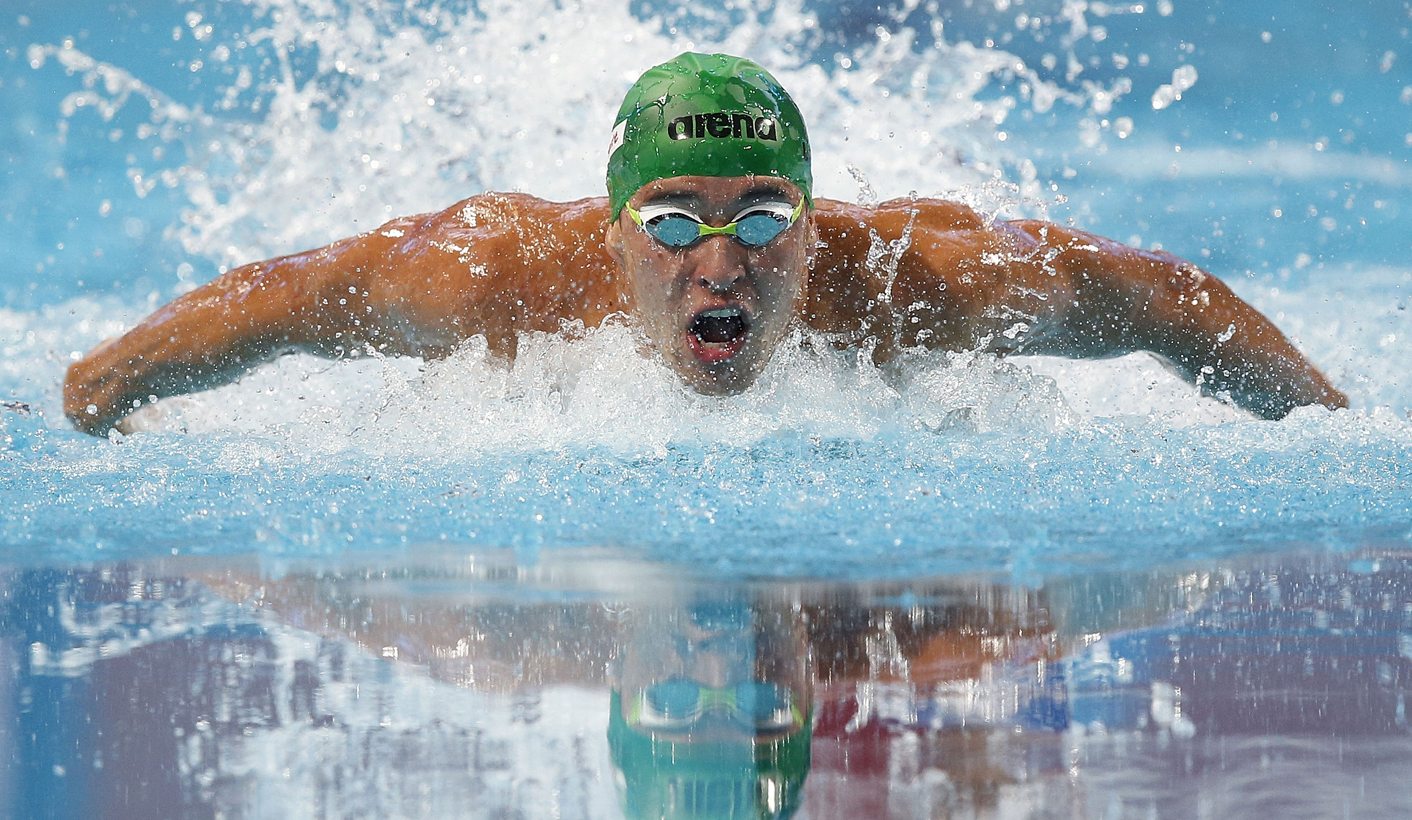 When South Africa’s swimmers go to compete at the Fina World Championships later this year, a number of them will have to dig into their own pockets to make up the shortfall in costs. Meanwhile, Sascoc is offering an all-expenses-paid business class trip to three lucky South African MPs. By ANTOINETTE MULLER.

Another day, another staggering incidence of lack of logic from the South African Sports Confederation and Olympic Committee (Sascoc). This time, it involves Sascoc offering an all-expenses-paid jamboree to members of the South African Parliament to offer “oversight” during the 2016 Rio Olympics.

But this is not just any old oversight trip, it’s a business class flight that includes bed and breakfast stays for 10 days while the Olympics are on. Sascoc will also take care of all logistical requirements for their visas.

A quick search on SkyScanner for return business class flights from OR Tambo to Rio put the cheapest flight at just over R50,000 while the average bed and breakfast price per night during the games is about R1,800. That’s about R70,000 in funding being splurged on people who have no actual reason to be present in Rio during the Games. It’s not as though South Africa is hosting the Olympics any time soon and need some guidance. The Commonwealth Games are still eight years away and it’s not as if South Africa are strangers to hosting world-class sporting events.

That has not stopped Beauty Dlulane, chairwoman of the parliamentary committee for sport, from asking for the trip to be funded.

According to Gideon Sam, the Sascoc president, Dlulane approached Sascoc with the request during a parliamentary sitting, as reported by Rapport over the weekend. Sascoc had initially suggested that finances were a bit tight, but confirmed to Dlulane two weeks ago that the trip would indeed be possible. Sascoc said it would be sending Dlulane as well as an ANC MP and a member of the official opposition, the Democratic Alliance.

Solly Malatsi, the shadow minister of sport, has however declined the offer. In a released statement, Malatsi said: “As Members of Parliament we are constitutionally obliged to hold all entities accountable for the use of public funds, particularly when they are ethically problematic.

“Any politician who accepts unnecessary trips from entities that are accountable to their respective portfolio committee compromises their independence, and exposes them (to) avoidable conflict of interest.”

Meanwhile, Cedric Frolick, the chairman of oversight of all parliamentary committees, told Rapport that he was not aware of the offer from Sascoc and insisted that all members of parliament have to obtain permission from his office for such tours, whether sponsored or not.

It is a staggering situation in which Sascoc once again exposes itself as short-sighted navel gazers with no regards for the well-being of South Africa’s athletes. Team South Africa does not enjoy the same privileges as MPs and always have to fly economy class to global events. In some cases, they even have to stump up from their own pockets to attend these events. Last year, South African open water swimmer Chad Ho won gold at the International Swimming Federation (FINA) championships, but had to crowdfund to get there. Another top South Africa athlete, who did not want to be named, told Daily Maverick: “I’m not even sure if I’ll be selected for the team. Currently I am getting no funds from Sascoc. Every time I compete, I pay for myself to get there.”

The decision to fund expensive all-expenses paid trips for people who have no business being there is the action of a sporting body that has clearly lost sight of its mandate. Even more troubling is that Sascoc could so quickly find the funds after a “polite request”, despite the fact that a number of South Africa’s Olympic athletes have been politely requesting assistance for years. Coaches, too, earn little when coaching up-and-coming athletes and have to fork out their own expenses to support the people they coach.

Later this year, when South Africa’s swimmers go to compete at the Fina World Championships in Barcelona, those who are not on Sascoc’s so-called “Operation Excellence” programme will have to fork out R3,000 to make up the shortfall of costs.

Such incidents are a dime a dozen and we have to question where Sascoc’s priorities lie. Creating excellent athletes requires excellent funding and it increasingly seems that it’s not the lack of funds that creates problems for Sascoc but the absence of willingness to allocate these funds adequately. DM