Analysis: Love during the Time of Zuma 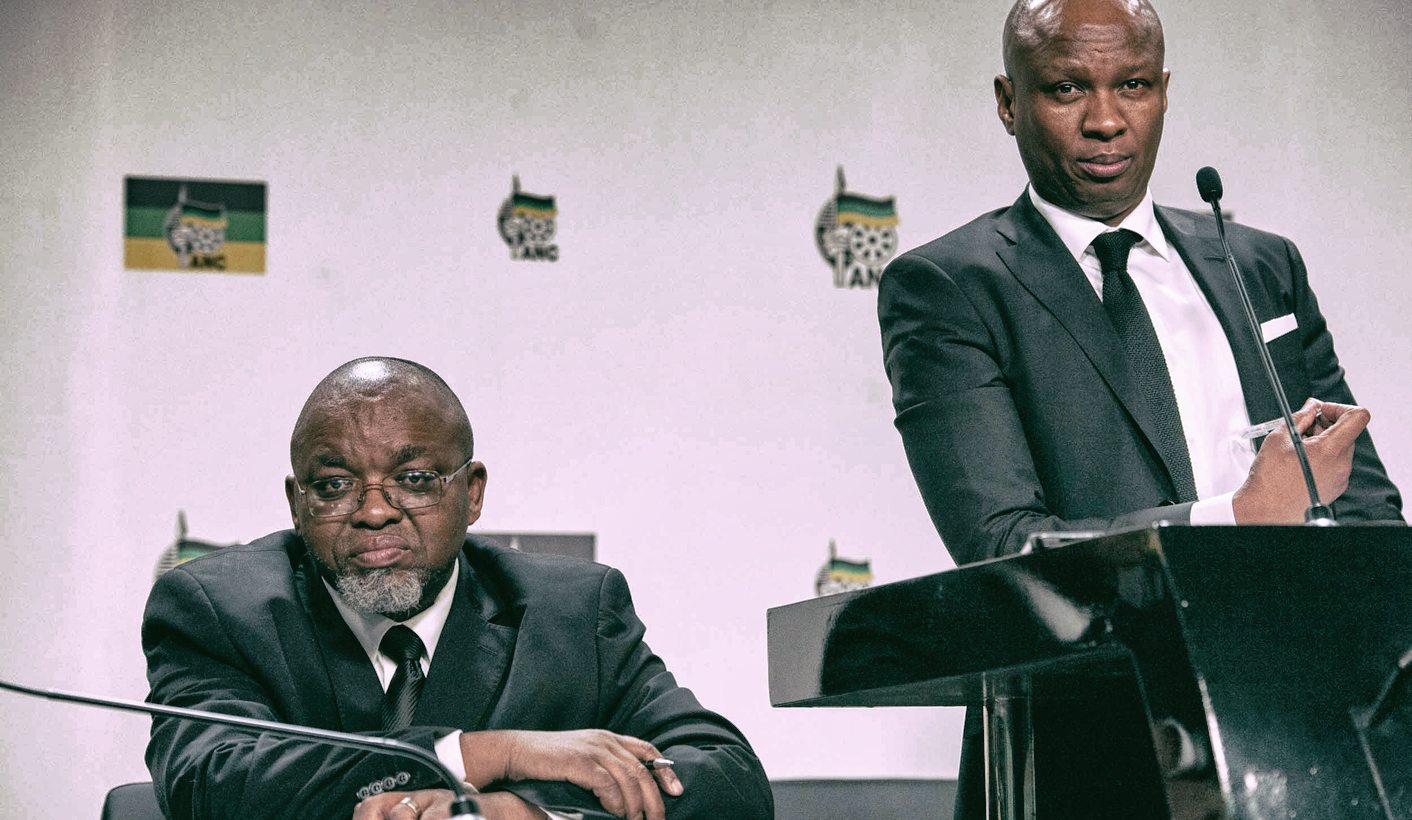 As the ANC undergoes a kind of inner turmoil that could, perhaps, mark the start of the final break-up of the all-inclusive party as we know it, the search for clues about what is really going on inside is only going to grow more intense. Such is the nature of politics today that politicians regularly mislead and distract those who are watching. But it’s not only words that are important: in politics, tone also matters. And the tone of some in the ANC when defending President Jacob Zuma appears to have changed markedly. What could that mean? By STEPHEN GROOTES.

It’s never easy being the spokesperson for the party in power; you are the one who is held accountable in public. Which is another way of saying, you become the public symbol of everything that goes wrong, and you have no choice but to take it on the chin.

In a situation where the leader of your party is under severe pressure, there is added stress. People are watching you to try to get an indication of how you feel about the leader, and will then try to work out what that could mean. So, in our case, this makes the figure of Zizi Kodwa very, very interesting.

Kodwa is one of those who surfed the Zuma Tsunami from very near the beginning. He was the spokesman for the ANC Youth League when it started campaigning for Zuma. After Zuma’s ascension at Polokwane, he became the spokesperson for Zuma as ANC leader, and then, after 2009, became, briefly, a Presidential spokesperson. He is now the National Spokesperson for the ANC.

On Friday, just after the High Court in Pretoria ruled that the National Prosecuting Authority had been “irrational” to withdraw the corruption charges against Zuma, Kodwa had to represent the party on the Midday Report. It was the not the first time in the recent past that Kodwa has found himself in this position; just three weeks ago he had to represent the ANC just after the Constitutional Court’s Nkandla ruling.

During the interview, I asked him not a legal question but a semi-personal one. It was this:

“After all of this (the Gupta scandal, Nkandla, and now this ruling), is President Jacob Zuma the best person the ANC can find to be leader?”

He countered, explaining that “our courts did not find President Jacob Zuma guilty, because that was not an issue before the court”.

Then came an interesting exchange:

ZK: What is important is that there are no charges proffered against President Zuma currently, and I think it’s important that we don’t add our own opinions added to what the court has decided to do.

SG: Politics is all about opinions Zizi, do you feel proud, yes or no?

ZK: The issue is that we are dealing with a judgment, not about public opinion or perceptions.

SG: But this is a political conversation that we’re having. I’ve just said we’re discussing all about perceptions, it sounds like you don’t want to answer the question: are you proud of President Jacob Zuma as leader of the ANC?

ZK: He is the leader of the African National Congress, currently he faces no charges as the judgment of the North Gauteng High Court today.

It is clear from this that Zizi Goodenough Kodwa, the national spokesman of the African National Congress, cannot, or will not, bring himself to say in public that he is proud to have the party led by Zuma.

This may seem like an insignificant issue, but actually it could turn out to be a revealing one. There are really only two possible answers to the question, either Kodwa is proud, or he is not. If he is, then why not say so? The answer to that surely lies in what would be the political consequence of saying so. People would either laugh, or shake their heads. One wonders if a political decision has been made somewhere, by someone (Gwede Mantashe perhaps), that it is time to try to separate the brands of Jacob Zuma and the ANC. That the party must try to fight against the bid by the DA, EFF and others, to merge the brands.

This could be an indication that people at the top of the party understand and believe that Zuma is actually hurting the organisation’s image.

Then there is the other answer, that perhaps Kodwa cannot say he and the party are proud to be led by Zuma, because to do so would be lying, which might even be more significant. It shows that right at the top of the ANC, there is anger and frustration with Zuma. Kodwa is not just a paid functionary, he is actually a member of the National Executive Committee (NEC) of the party. So this is at least one NEC member who cannot profess to pride at being led by Zuma.

If he, as the national spokesman, with all that entails, can’t say it, then how many other NEC members can’t say it either?

Technically, in the ANC, Kodwa’s boss is the secretary-general, Gwede Mantashe. And even Mantashe himself has been less than full-throated in his support for Zuma of late. There has been no reference to the man who went to Robben Island, or who fought for freedom, or who has led the country to better and greener pastures. Instead, there has been a long list of technical defences, talk about the law, and then the claim that to act against Zuma would be to start a process that would tear the ANC apart.

None of those suggest that Mantashe himself is proud to be led by Zuma either. They are all the kind of reason that makes one think he’s saying this not because he wants to, but because he has no other choice.

To find anyone who will defend Zuma properly because they want to, you have to go to either the Premier League, or to Bathabile “Skeletons” Dlamini at the ANC Women’s League, or to Collen “Oros” Maine, who’s clearly had too much Gupta Kool-aid. (And while we’re here, you know you are in trouble as a politician when a Sunday Newspaper like the City Press calls you “Oros” on its front page. But it is going to take a force bigger than Zuma to change Collen Maine’s momentum in any significant way.)

There are bound to be people in the ANC who will defend Zuma, literally, to the death. Just like some once promised to “kill for Zuma”, there are those who will do anything for him. What we may now be seeing is that the gap between those people, those who cannot imagine life without him, and those who can, is growing. Someone like Kodwa would have a very clear understanding of the public image of the party. He would know exactly, from the questions he’s asked, from the kind of interviews that he does, from the calls to radio stations, what the temperature of the country is right now.

And he would know, as a result, what time it is: A time when he cannot say in public that he is proud to have the African National Congress led by President Jacob Zuma. DM