Vavi’s May Day call: New labour federation set for we... 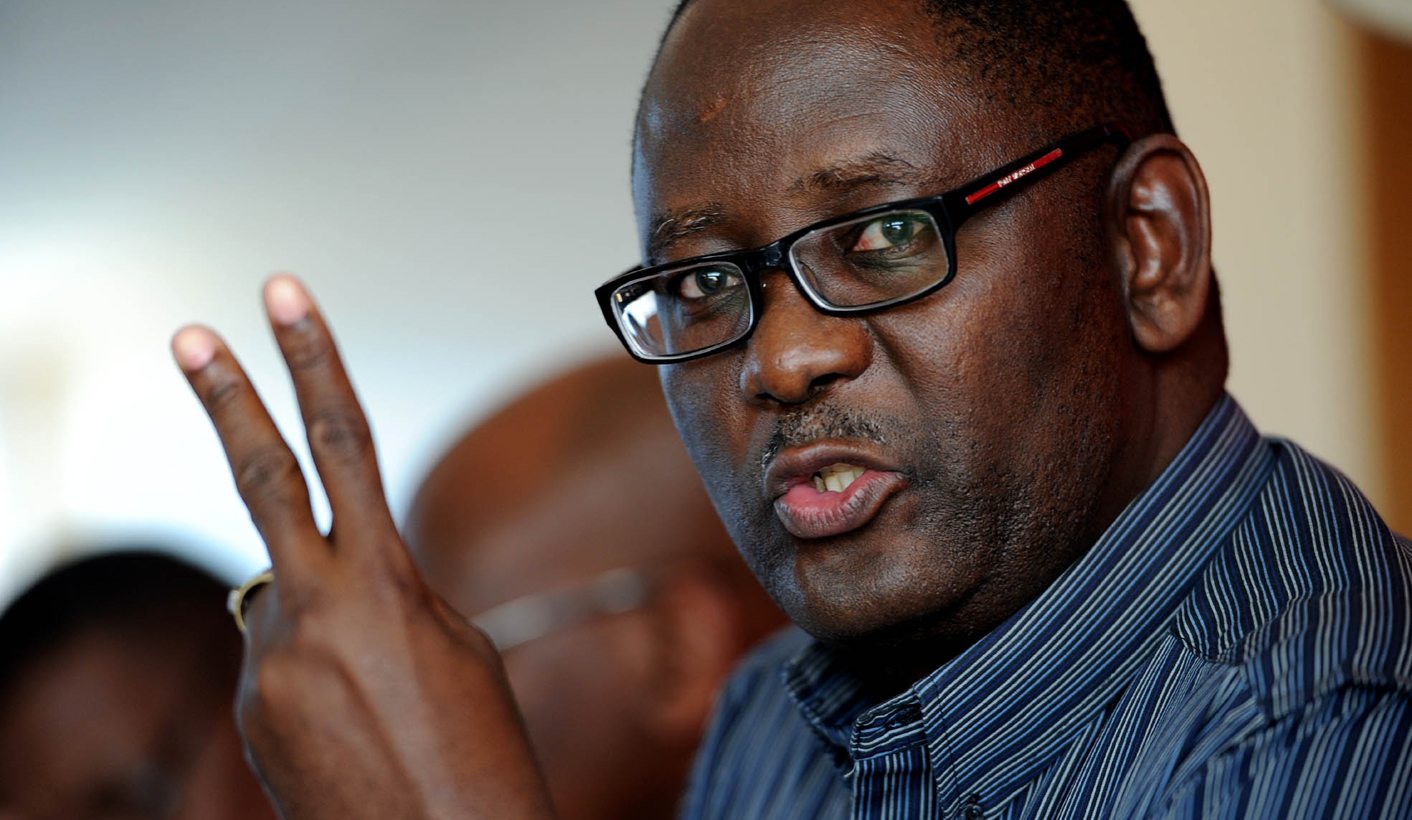 In what is described as a historic meeting, about 50 unions are set to meet this weekend to form a federation that could rival Cosatu and unite workers. They hope to rally the majority of South African workers who aren’t union members, while Cosatu has called the Workers Summit a self-serving sideshow. By GREG NICOLSON.

On Thursday, Zwelinzima Vavi was adamant that a new workers’ federation would not be competing with Cosatu because the country’s largest labour federation has failed to unionise and unite the labour force. “We are not in competition with Cosatu because there is nothing to compete with. We are competing with ourselves to set up new standards to reach out to the 7-million workers who are not in any union,” Vavi told EWN.

The former Cosatu general secretary is the convenor of the Workers Summit, which will see 50 unions representing over a million workers meet on Saturday in Johannesburg, and will probably lead to the establishment of a new trade union federation. Forming a new trade federation has been an option since the expulsion of the National Union of Metalworkers SA (Numsa) and Vavi from Cosatu led to a partial split within the federation.

“Our overriding priority must be to take up the fight for a strong, proactive, independent and united workers’ movement. That is why we have resolved to convene a Workers Summit, to which the broadest possible number of representative workers’ federations and unions must participate,” Vavi read from a statement on Thursday.

Explaining the rationale for the summit, the statement says workers and unions have long called for greater labour unity but the movement has been divided by expulsions for political reasons.

“The shocking truth is that 76% of workers remain unorganised, and most of them are in the most vulnerable sectors. In addition, 54% of all wages received by workers are determined by the employers without any negotiations. Only 23% of workers’ wages are determined through collective bargaining with only 9% determined through centralised bargaining,” says the statement. It also notes ongoing poverty, inequality, unemployment and threats to South Africa’s democracy, such as attacks on Chapter 9 institutions.

The Workers’ Summit has four objectives: to assess the trade union movement; identify common concerns and a common approach to working class unity; to consider the possibility of forming a new federation; to develop proposals, and to prepare for the following May Day rally. On Sunday the unions will hold a May Day rally at Mehlareng Stadium in Tembisa, which holds 20,000 people, and launch a campaign targeting retrenchments.

The summit comes after 26 unions met last year to work towards developing a new platform for labour unity. They stressed the values of union independence, worker control, financial sustainability, socialist orientation, effective organisation, and fighting for the poor. They said unions should be independent of political parties, but all of the principles will be up for debate this weekend. Certain union leaders aligned to the summit have expressed a desire to see a workers’ party contest elections, but that hasn’t come to fruition, and it seems unlikely that a new federation would declare support for an existing political party for fear of alienating members. Expected at the summit are unions such as Numsa, Solidarity, the South African State and Allied Workers Union, and the National Council of Trade Unions.

Cosatu has said it will not take part in the summit and warned its workers from being distracted by “sideshows”.

“Because our unions are led by elected leaders, we know what workers want discussed in any summit. We have monopoly capital to defeat and the only summit workers want is a jobs summit to talk about the ongoing job losses. Workers want a summit to discuss the rising cost of living and that will ensure that they are able to put food on the table and feed and clothe their families,” Cosatu said in a statement. The federation will host May Day events across the country but its national event will be held in Pretoria and be addressed by Cosatu President Sdumo Dlamini, President Jacob Zuma, and Communist Party leader Blade Nzimande.

“We reiterate our call for the workers to close ranks and defend the federation from its enemies. We are clear that monopoly capital remains our number one enemy; but we also know that a tiny minority of discredited and expelled former Cosatu leaders have since declared themselves the enemies of the federation. They meet in dark corners with racist unions such as Solidarity, and the DA, EFF to plot against Cosatu,” said a statement from the federation on Monday.

“We have also noted that they are planning to form a new federation and that they have been trying to divide our unions. We are not threatened by these discredited and expelled former leaders because we know them. They can never build anything because they have versatility of convictions and also do not want to be led. They have no time for democratic centralism and they only are there to look after their interests.”

This weekend will be the first test of whether Vavi and his colleagues can draw mass support for a new federation. If successful, it will be the latest example of Tripartite Alliance organisations expelling leaders who come back to haunt them. It could also change the face of the labour movement, but that, like the process of just organising the Workers Summit, will take time. DM