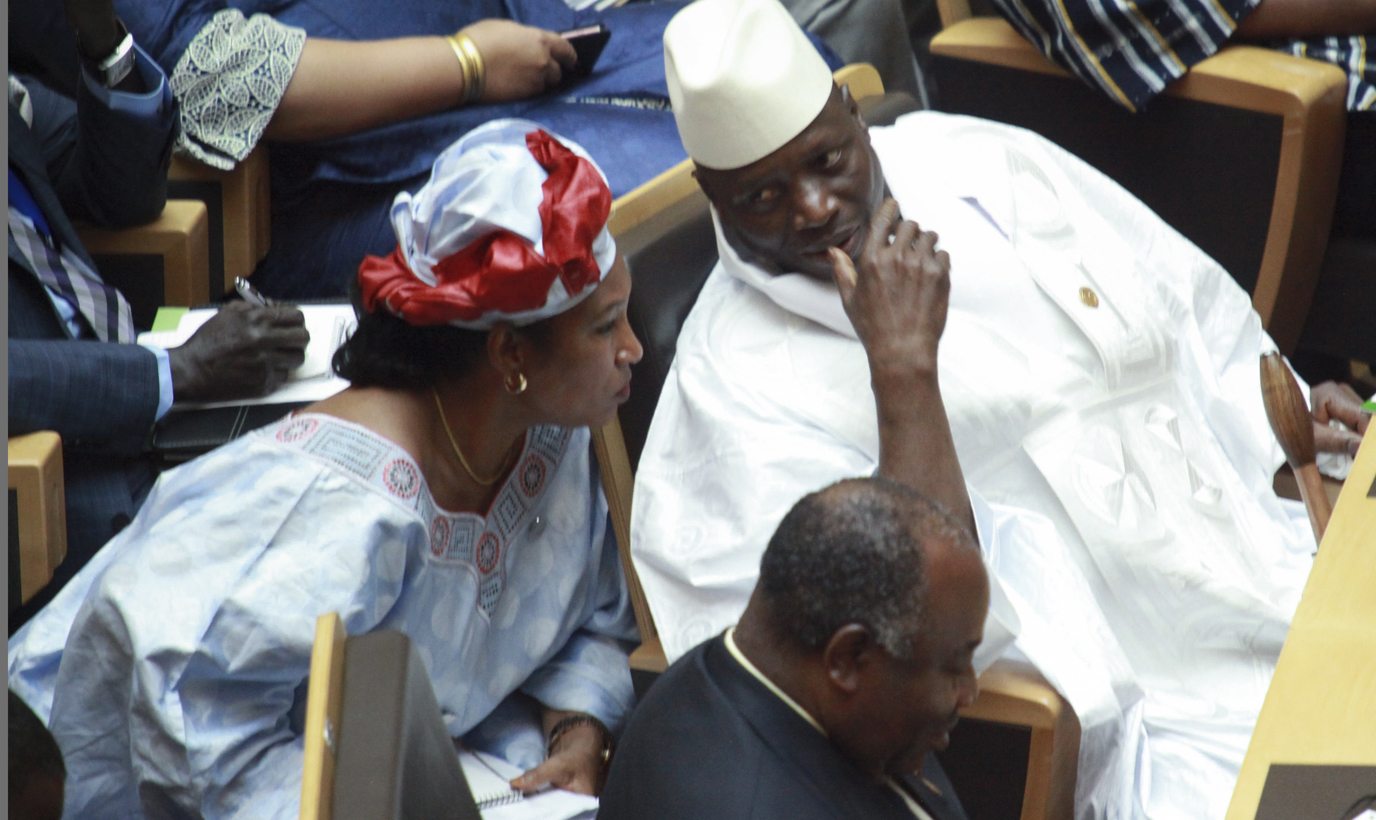 Stereotypical African dictator Yahya Jammeh doesn’t suffer enemies gladly. But he’s made plenty during his 22 years in charge of the Gambia, and a recent wave of unrest indicates that his opponents are gaining strength. But can these delicate beginnings of a mass movement withstand the president’s penchant for brutal repression? By SIMON ALLISON.

Yahyah Jammeh, would president-for-life of the tiny Republic of the Gambia, is very much an African dictator of the old school stereotype: brazen, brutal and slightly mad.

This is a man who doesn’t bother to camouflage his regime in the niceties of democratic language, but simply tells his people, according to the Telegraph: “I will develop areas that vote for me, but if you don’t vote for me, don’t expect anything.” He told another reporter that he could rule Gambia for “a billion years”, if he wanted to.

This is a man who, faced with growing resistance to his 22-year regime, responds with live fire on protesters, dozens of arrests, torture, and the mysterious – or not so mysterious – death in detention of a major opposition leader. This is characteristic of his leadership, which relies on fear and violence against perceived enemies.

This is a man who kidnaps and tortures alleged witches, and once claimed to have discovered a three-day cure for HIV/AIDS using herbs and bananas.

There have, over the years, been various attempts to unseat President Jammeh from the presidential palace in Banjul. Most recently, last year, disgruntled exiles in the US smuggled arms into the country and staged a coup, but their amateurish attempt was easily dealt with by Jammeh’s no-nonsense security force.

The resistance on display earlier this month is altogether more alarming for the 50-year-old president.

It began on April 14. “A small group of demonstrators waving banners with slogans including ‘We need electoral reforms and freedom of speech’ gathered in Serekunda, just outside the capital Banjul, before their rally was broken up by security forces,” reported Reuters.

This wasn’t a big protest, but in Gambia’s stifled political atmosphere any protest is significant – especially given that security forces are legally immune from prosecution for any violence used to quell demonstrations. But things were about to get worse for Jammeh.

“The regime’s initial response to the protests was actually quite subdued when compared with similar events in Gambia’s past,” explained Jeffrey Smith, executive director of Vanguard Africa, writing in Foreign Policy. Although based in the US, Smith has been following events on the ground closely. “But citizens mobilised again two days later, on April 16, staging the largest and most sustained act of public defiance against Jammeh since he seized power more than two decades ago. This time, the agitated police responded more forcefully, spraying demonstrators with live ammunition and assaulting people in the streets. In total, 55 people were reportedly arrested, many of them brutalised in detention.

“Most shockingly, Solo Sandeng, the leader of the youth wing of Gambia’s main opposition movement, the United Democratic Party (UDP), was allegedly tortured to death while in state custody. After news of Sandeng’s death broke, the UDP once again rallied, marching peacefully through the capital to demand answers. And once again, riot police rushed to the scene, arresting Ousainou Darboe, secretary-general of the UDP, and other senior members of the party. According to a UDP news release issued on the evening of April 16, over two dozen party members were reportedly detained and three people were killed, including Sandeng.”

These protests, and the crackdown which they have precipitated, aren’t going away. Every day, crowds are gathering outside the High Court where opposition leaders are being tried for “unlawful assembly”, making their displeasure known. Perhaps more significantly, given the election scheduled for December this year, is that opposition parties and civil society groups are attempting to coalesce.

As the Freedom Newspaper, a Gambian diaspora publication, noted: “The impoverished nation of The Gambia has been rendered economically and politically unstable, in view of recent political developments gripping the country. Protesters have taken over the streets. Hardly a day passes without people thronging the streets or court premises demanding for regime change. Jammeh’s government has been threatened politically.”

Cautiously, tentatively, and with caveats, observers are beginning to whisper the phrase: Gambian Spring. Could this be the beginnings of a mass movement? Could people power unseat the dictator?

It’s too early to know for sure. What we do know, however, is that any successful Gambian Spring will first have to weather the winter of President Jammeh’s discontent, with all the persecution, arrests, torture and executions that this implies. There’s a long, difficult road ahead. DM

Photo: The President of Gambia Yahya Jammeh (R) chats with a colleague as he takes a seat at the 26th African Union Summit at the African Union Headquarters in Addis Ababa, Ethiopia, 30 January 2016. EPA/SOLAN KOLLI