An open letter to Ajay Gupta: Lessons for business-government interactions 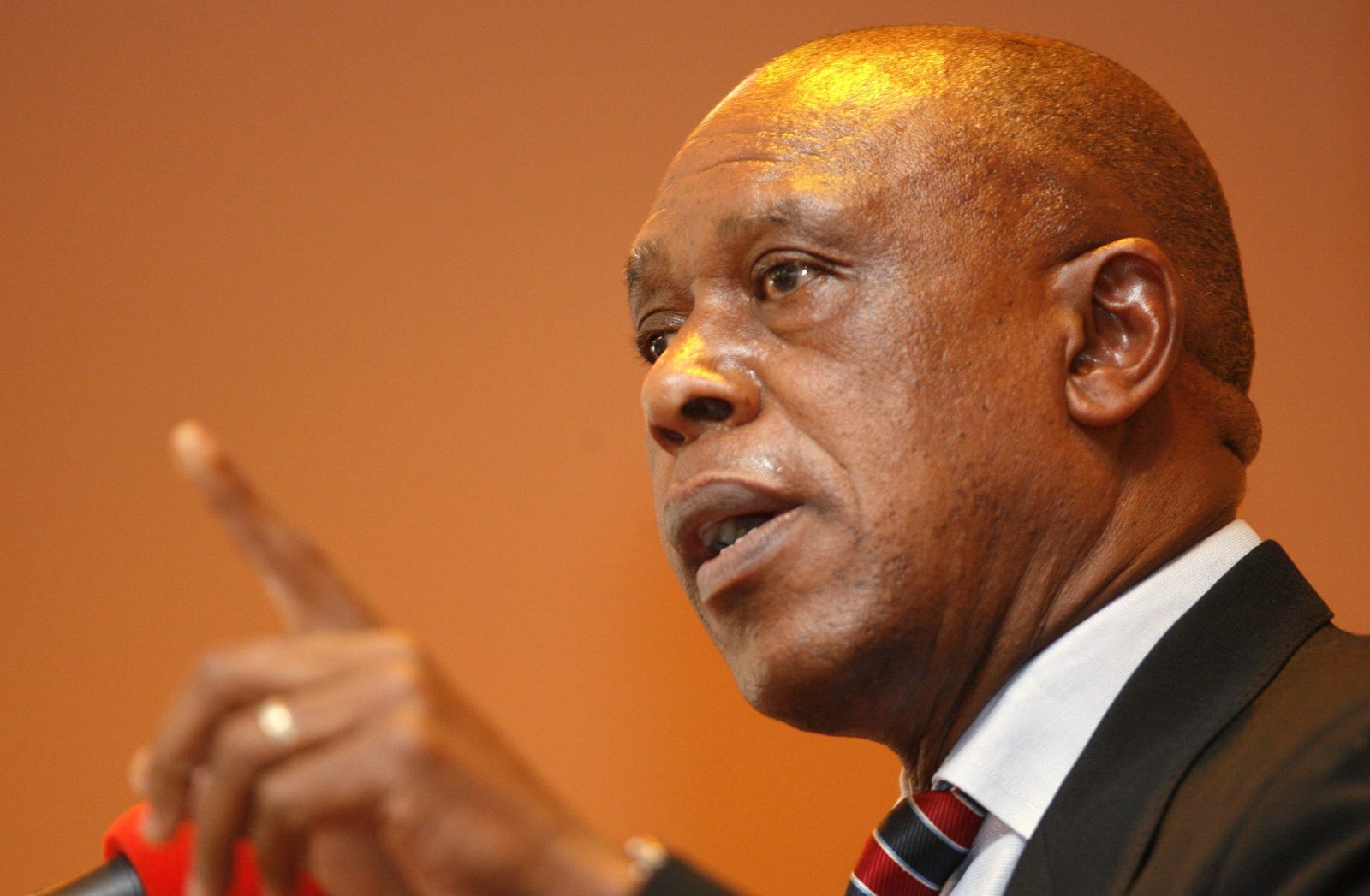 The ANC was formed to wage the struggle for the emancipation of all our people – black and white – from all forms of domination as proclaimed in the Freedom Charter in 1955. Thus, the country or its state cannot be captured again by any one or power for the price will be too high. South Africans love their country and will resist as history has shown. By TOKYO SEXWALE.

The current tumultuous situation in our country, South Africa, around your Gupta name, family and business entities, also affecting that of President Zuma, the government and party is akin to a political hurricane steadily sweeping around the land.

Both the Gupta and Zuma surnames have come under pressure from various quarters, with sympathy here, hostility there; some saying there’s no smoke without fire, others countering that it’s a smokescreen. Friends are torn apart in the debate; comrades too. Critics have even joined the two names and coined “Zupta”, symbolising, as they say, greed and corruption described as state capture.

Your concern during discussions we recently had at my and later your home was apparent. Indeed, you may have considered some of my comments as so-so. Yet I know that you understand the maxim: friends tell one another the truth – no matter how unpalatable.

Like their fellow oppressed and exploited native Africans, including coloured people, theirs was back-breaking toil. In sharp contrast, Europeans, by and large, descended upon our shores in the wake of colonialism as conquerors driven by land greed, leading to the dispossession of Africans of their birth-right. This brutality, to use today’s parlance, was country capture.

Later other Indians, merchants and the intelligentsia, came as free persons. One such, in 1893, was Mahatma Ghandi. A year later, having tasted the cruelty of white supremacy, he was instrumental in founding the Natal Indian Congress, forerunner to the South African Indian Congress.

In 1912 African leaders, inspired by this, formed an African congress, the ANC, to articulate the self-determination aspirations of the oppressed and exploited majority in South Africa. Ghandi, the iconic statesman, later in 1949, became the founding father of the Independent State of India. It became a bulwark in the struggle against apartheid and is today an ally of liberated South Africa.

In the ‘90’s, following the lifting of sanctions, Indian business began investing here. During this time, shortly before our freedom in 1994, the Guptas came here to establish a business presence, when South Africa was at a crossroads, experiencing white capital flight to havens abroad amounting to billions of US dollars! Yours was a vote of confidence. So how did things turn so badly that the Gupta name is now linked to state capture? This requires deep introspection.

What exactly is State capture? It is a concept which in the annals of bodies like the IMF and World Bank, refers to the systemic corruption of government officials, the judiciary or legislature especially by private business interests for profit.

The ANC was formed to wage the struggle for the emancipation of all our people – black and white – from all forms of domination as proclaimed in the Freedom Charter in 1955. Thus, the country or its state cannot be captured again by any one or power for the price will be too high. South Africans love their country and will resist as history has shown.

So to what extent has your family captured our State? Clearly you have not yet captured our vibrant and fire-brand filled parliament, let alone the judiciary, especially our fiercely independent apex court. Thus the thrust of the accusations and allegations against you is that of undue influence – real or perceived – over some Ministers and government or parastatal officials.

Vehement denials have followed from your side. So a body is needed – the body of evidence. The public protector has been requested to investigate unencumbered. Your assistance is important. Meanwhile, the jury remains out …

Over ten years ago our paths collided within the business environment when our companies were co-investors in Sahara Computers. Later our group sold to yours a small mining company, JIC, which you have grown substantially. This was fair business. So, again how did things become so negative for you today?

Regardless of any findings, harm has been done to your family name. You as a leader of your entities need to take certain steps, to ensure that none of your siblings or partners may have done anything that may translate into state capture. If otherwise then take corrective measures by pulling back your entities away from value destructive controversy. Consider this as friendly advice tendered openly not because I have found you guilty of anything, but to alert you to read the signs. Business lobby’s Government and vice versa. This is normal and is encouraged. What must be prevented is the crossing of the red-line; much like during labour action when workers are warned against crossing the picket-line. Likewise business should never cross the lobby-line to enjoy unfair advantage over others.

The silver lining of the Gupta cloud is that it could be the beginning of efforts to repair damage done to this country’s image. Otherwise all will be an exercise in futility and the people may be hoodwinked. It takes two to corrupt. Thus it must also be stated that some government officials at various levels have been known to initiate corruption by selling themselves over to business persons. This too must be dealt with.

If the truth be told, this corrupt practice of undue influence has been there for some time. It was common knowledge in the past for private individuals to have “the ear of a president,” premiers or ministers. This was regarding access, tenders, re-shuffles, appointment of government or parastatal officials, ambassadors and so on. Such individuals – often mere nobodies – were feared. But behind their backs, they are resented and people can’t wait for them to fall after their fortunes change.

A word on the consequences of country capture. The Gupta headlines have made us all to sit-up as various people started expressing their opinions. Ours is a vibrant democracy where all voices must be heard – right or wrong. While condemning the evil of state capture we should not allow anyone to distort the narrative of our struggle against the crimes of country capture – of apartheid domination. Today some tend to be uncomfortable with this truth…

The objective of our current national development effort is the economic emancipation of our people, beyond mere political power. The real root causes of the triple challenges of poverty, unemployment and inequity are located squarely on land hunger and the rest of the economy, which is still largely in the hands of a tiny minority within the white minority. Therefore, liberating South Africa from country capture was only the beginning.

Your company in terms of the total GDP of the Republic or the market capitalization of the JSE, is a minuscule ant. Yet because the story of the ant is dominating the headlines, apologists hope that our national collective memory regarding the transgressions of bigger predators in our economy has faded. History doesn’t function that way.

Whatever you the Gupta’s have done wrong, must be atoned for. At the same time former oppressors and exploiters, many of whom were at the centre of white capital flight, ought to reflect carefully before exploiting this Gupta saga, hoping to divert attention and to downplay the effects of the crime of apartheid which has left so many of our people still trapped in abject poverty.

A parting word on the other part of the so-called Zupta equation concerning president Zuma to whom several people have written letters and memoranda. One recalls seeing him and many other government and business persons, at your residence during a garden tea function. It was a few days after he was relieved from his position as deputy president of the Republic. Many around the garden raised eyebrows at seeing him there. After all, he had just been fired, he was isolated and facing possible corruption charges.

Being jobless, there was no indication of his next employment – let alone as the country’s next president. Yet you had welcomed him to your home. No doubt your relationship with him remained good. However if, when he became the country’s president, this relationship later developed into one of unfair advantage for you, then the allegations about state capture will linger; and if not so, then this must be made crystal clear. Many including respectable members of the ANC have written letters to him. I opted to pen this one to you. I will engage with him as we usually do, within the parameters of the movement we belong to. The organization itself is under pressure and needs to rise to the challenges confronting all of us at this juncture.

This is a time for a hard look at matters. It is a time for serious lessons to be learnt. This is a time for cohesion and unity, inasmuch as it is also a time for vigilance; so that someday, when history is recorded, it shall state that the whole sorry saga was resolved without any resort to breaking-up this organization of our people for the good of all South Africans.