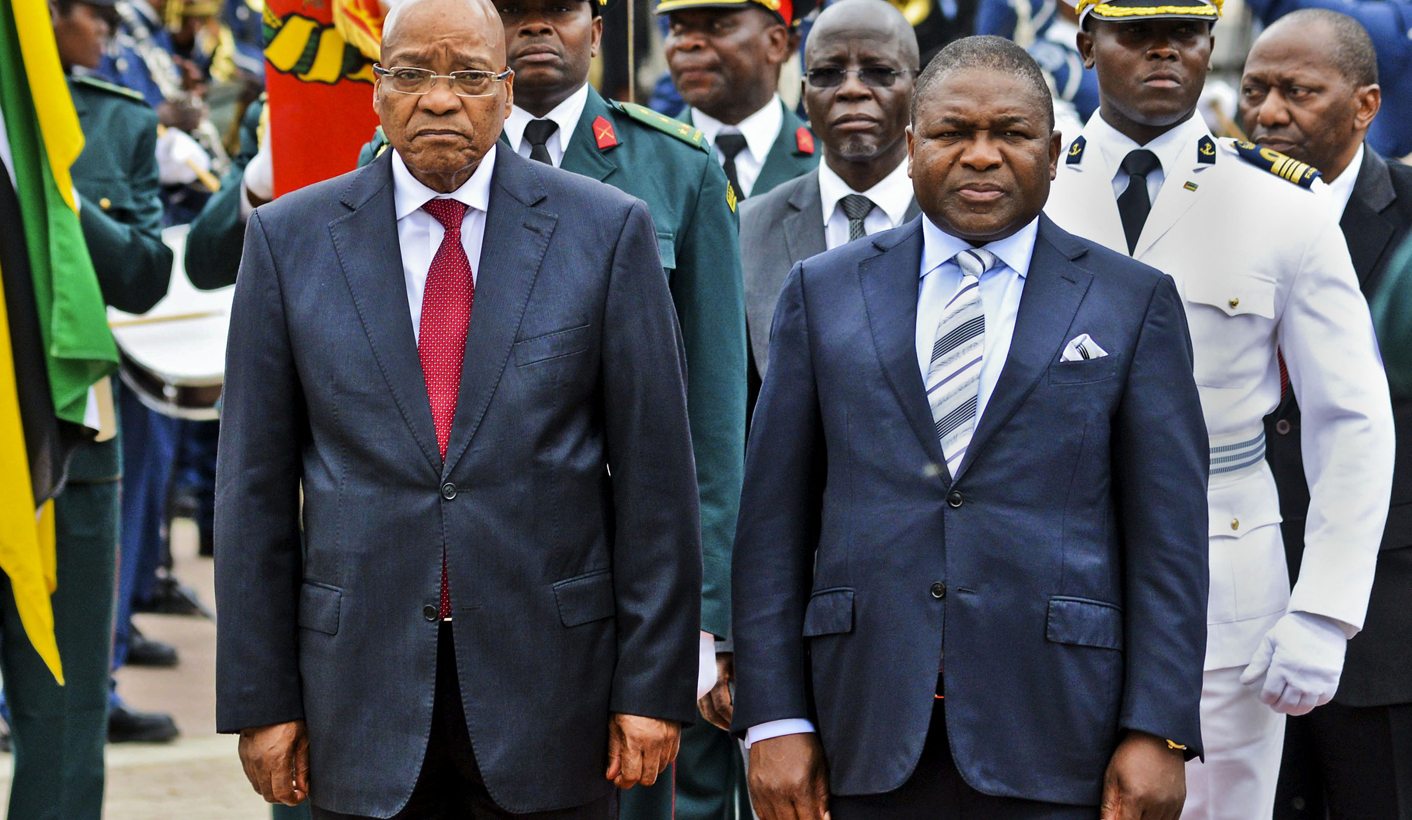 Mozambique has spent much of the last decade borrowing against its future. The debts are now coming due, but the natural gas that was supposed to pay for the multibillion dollar loans is yet to come online. Has the country, through its dodgy tuna bonds, over-extended itself? By SIMON ALLISON.

In the eyes of foreign investors, and its own politicians, Mozambique stopped being a poor country some time in the late 2000s – even though little had changed for the bulk of its poverty-stricken citizens.

It was around then that word of a massive offshore gas deposit began to spread, and in 2011 it became official: Mozambique was sitting on a natural gas bonanza that could radically transform the lives of its population.

It didn’t matter that it would take close to a decade to set up the infrastructure to exploit the deposit. Mozambique could start making money instantly.

By using its newfound natural resources as implied collateral, Mozambique started taking on massive, multibillion dollar loans from investors who were suddenly eager to speculate – especially with the generous returns on offer. The money taps opened, and foreign currency sloshed into the country.

A graph of Mozambique’s debt-to-GDP ratio over the last 10 years tells the story. Flatlining since 2005 at an average of about 22%, in 2008 it angles up sharply as the government takes on more and more debt. As of earlier this year, Mozambique owed the equivalent of 58.3% of its GDP in debt.

This doesn’t have to be a bad thing. Some of the most prosperous countries in the world are heavily indebted (for example, the United States’ debt-to-GDP ratio is 73.6%; South Africa’s is 45.4%). If debt is used wisely, to fund government services and infrastructure and to kickstart a struggling economy, then a large debt burden can be a sound policy option.

This, then, is a question for Mozambique: have these borrowed billions been used wisely? And can they really be repaid?

The scandal surrounding the so-called “tuna bond” suggests not. In 2013, Mozambique secured about $850-million from foreign investors to help turn around the struggling tuna industry, even though the revenue forecasts were wildly optimistic. If this sounds fishy – well, it is.

“The deal immediately raised eyebrows, with donors asking questions about why a country with significant development challenges would raise its debt profile to this extent just for fishing boats. The critics of the deal were proved right when it later emerged that most of the money was, in fact, spent on security,” explained Dianna Games in Business Day.

With natural gas still several years away from generating income, Mozambique is struggling to repay the money, and Mozambique has been forced to renegotiate with its debtors, striking a deal that will give it longer to pay, but at even better returns for investors. In the end, the taxpayer loses – and the tuna industry is still in the doldrums. The money that must be repaid has already been frittered away on navy boats to keep the generals happy.

Compounding Mozambique’s cash flow crisis is a swiftly depreciating currency, which makes all its debts even more expensive to service, and low prices on coal, its other major export. This has forced the International Monetary Fund to intervene, at the government’s request, and led to a downgrade from ratings agencies. Suddenly, Mozambique isn’t looking quite so attractive to investors.

It doesn’t help that in the years since the discovery of natural gas in Mozambique, the price of the commodity has dropped dramatically, and new players – such as Iran – are getting involved in the market. In 2011, Mozambique thought it had won the lottery; unfortunately, the winnings are going to be a lot smaller than anticipated, making it even harder to pay off all those loans.

“Industry observers say the start date of 2020 for exports, which has already been delayed from a 2018 start, may be pushed out further due to the decline in commodity prices and demand,” said Games.

And then, this week, another bombshell: after media reports exposed the cover-up, the government confirmed that it had been hiding even more debt, to the tune of $1.35-billion. Like a shopping addict hoarding credit cards, Mozambique has been borrowing money in secret.

Mozambique’s discovery of natural gas was meant to usher in a new era of prosperity for the country. And while GDP growth has been impressive over the last few years, it has been fuelled by a massive amount of borrowed money – not all which has been spent wisely. The dodgy tuna bond, and the hidden debt, suggests a government living well above its means, treating loans like free money. But money is never free, and it is ordinary Mozambicans who will ultimately pay the price. DM