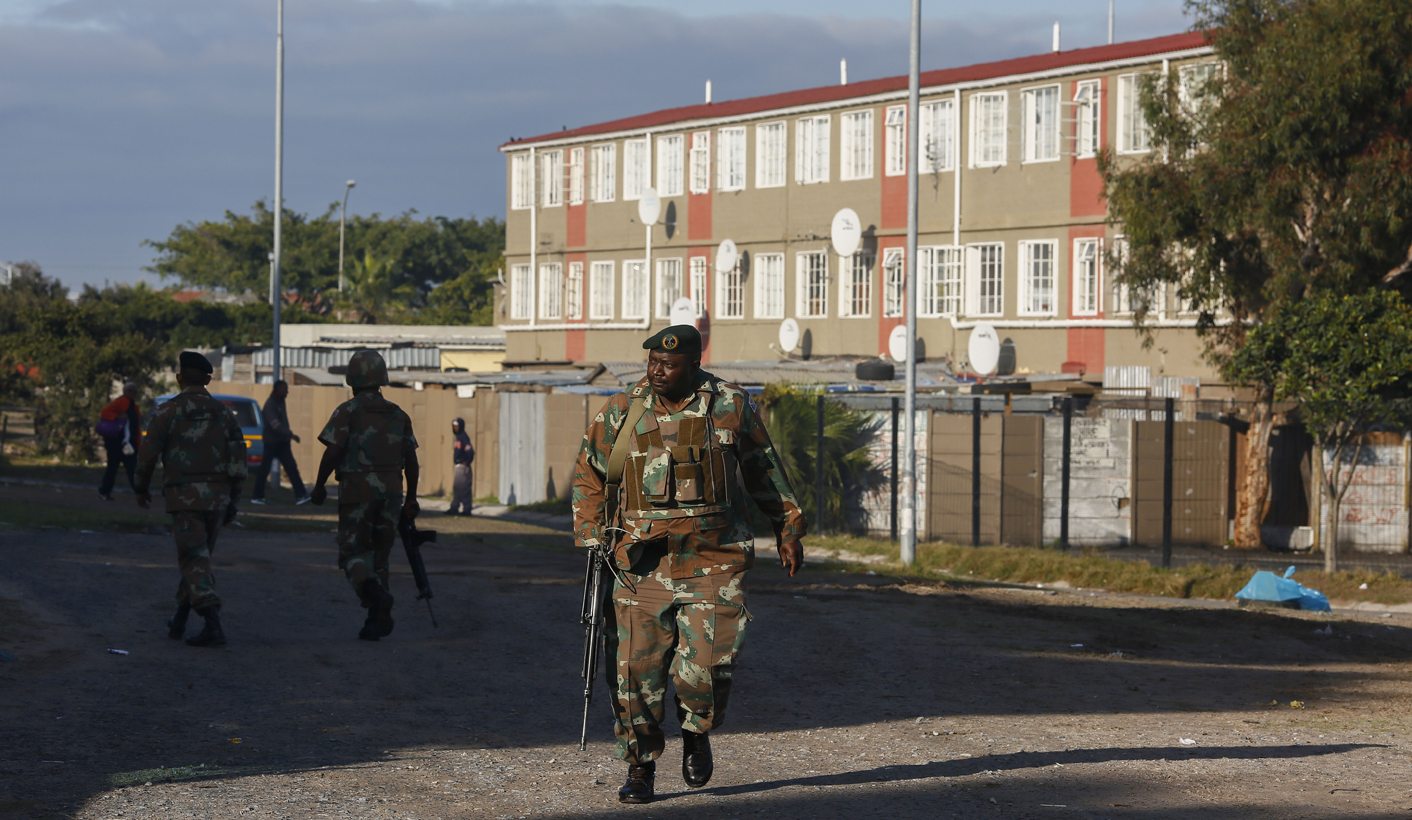 It was meant to bring a drug-free world. But instead the hardline ‘war on drugs’ approach has resulted in more violence, criminalised drug users and exacerbated HIV and Hepatitis C infection. Yet the UN has just endorsed a similar approach. By KERRY CULLINAN for HEALTH-E NEWS.

While Manenberg mothers were trying to keep their children indoors last week as local gangsters went to war over drug territory, in faraway New York, the United Nations General Assembly Special Session (Ungass) on drugs was meeting for the first time in 17 years to assess global progress against illegal drugs.

Mexico, Colombia and Venezuela – the countries worst affected by illegal drug wars – lobbied for the global meeting to re-evaluate global strategy. The “war on drugs” approach, based on prohibiting drugs and penalising their use, possession, sale and production, has utterly failed to stem the drug trade.

In the 1920s, US gangster Al Capone became rich and powerful from the prohibition on alcohol, reportedly raking in $60-million a year as he ruthlessly destroyed his opponents. Today, global organised crime networks have followed in Capone’s footsteps, but their trade is in illegal drugs following the legalisation of alcohol.

Many argue that the best way to take the wind out of the drug barons’ sails would be to decriminalise drugs and regulate their use. But Russia, China, Indonesia and Saudi Arabia still favour a hardline approach that has yielded very little but misery, and Ungass yielded to their influence this week by adopting a vague statement that offers little that is new.

Since the last Ungass on drugs in 1998, thousands of people have been killed and injured in violent drug wars. The life expectancy for Mexican men has decreased since that country deployed its military to the drug war in 2006.

Meanwhile drug abuse has not lessened. In the US alone between 2001 and 2014, deaths from heroin overdoses have increased by 500%, according to the US Centres for Disease Control.

With prohibition, drug users are the soft targets. Every fifth prisoner worldwide is being incarcerated for a drug-related crime, and this figure is as high as 50% in US federal prisons. The vast majority are serving time simply for possessing illegal drugs.

Criminalising drug dependency instead of treating it as a health issue has stigmatised drug users and driven them away from health facilities. The rate of HIV and Hepatitis C infection is disproportionately high among injecting drug users, particularly in Russia, which does not allow “harm reduction” programmes that give clean needles to them to minimise their risk of passing HIV and Hepatitis C to one another.

Although the US has advocated harsh law enforcement since President Richard Nixon’s time, last week even the US Surgeon General Vivek Murthy appealed to Ungass to treat substance abuse as a “chronic illness”.

“Forty-five years ago, we began war on drugs that became war on people who use drugs. It stigmatised and penalised and didn’t address the root problem,” said Murthy.

But the statement Ungass adopted last Thursday was a disappointment to many. It is short on implementation plans and silent on “harm reduction” – including needle exchange and opioid substitution, which helps those dependent on injecting heroin to replace it with less harmful oral methadone. Unlike in 1998, however, the statement does stress that the health aspect of drug abuse features prominently as well as the need for “scientific evidence-based” strategies.

Ungass consensus was never going to be possible in a world where a person can be executed in Indonesia or beheaded in Saudi Arabia for drug possession, but use the same drugs without imprisonment in Portugal and the Czech Republic.

Even the South African leaders at Ungass were conflicted, with Minister of Police Nathi Nhleko favouring a more hardline approach, while Social Development Deputy Minister Hendrietta Bogopane-Zulu advocated an approach based on human rights, health and “harm reduction”, via her role as chairwoman of the African Union technical team on drugs.

In the months leading up to Ungass, there has been an explosion of debate about how best to address the problem of drugs. Many countries and organisations have spoken out about the need for drug dependence to be treated as a health problem rather than a criminal offence.

One of the most important interventions came from a special 22-person Commission on Drugs set up by The Lancet journal and Johns Hopkins University.

The commission, which included health experts from a range of countries, suggests that global drug policies have not been based on scientific evidence. It argues that the UN has failed to distinguish between “drug use and drug abuse”, and that only a minority of drug users will become dependent.

But will Ungass 2016 have any impact on the Manenberg mothers, or the thousands of people dependent on tik, nyaope or whoonga?

Shaun Shelly, the advocacy coordinator for the TB/HIV Care Association’s StepUp Project which delivers harm reduction services to injecting drug users, doesn’t believe so. Our drug dependency problems are a product of social ills, including poverty and unemployment, he argues.

“We need to address inequality and economic disparity,” says Shelly. “These are our real enemy, and they’re far more difficult to target than drugs. It will take real political will and investment to address these issues.” DM

Photo: South African Defence Force soldiers secure a perimeter around a hostel in Manenberg as police conduct an operation involving house to house raids in the gang ridden area of Manenberg, on the Cape Flats of Cape Town, South Africa 21 May 2015. Western Cape police said the operation was part of a wider scheme to clamp down on criminal and gang violence in the area. More raids are expected in the Cape’s gang hotspots as the integrated crime prevention operation will focus on drugs, illegal firearms and other criminal activities according to police. EPA/NIC BOTHMA.