Rising Discontent: What the stats say about SA’s socio-economic health 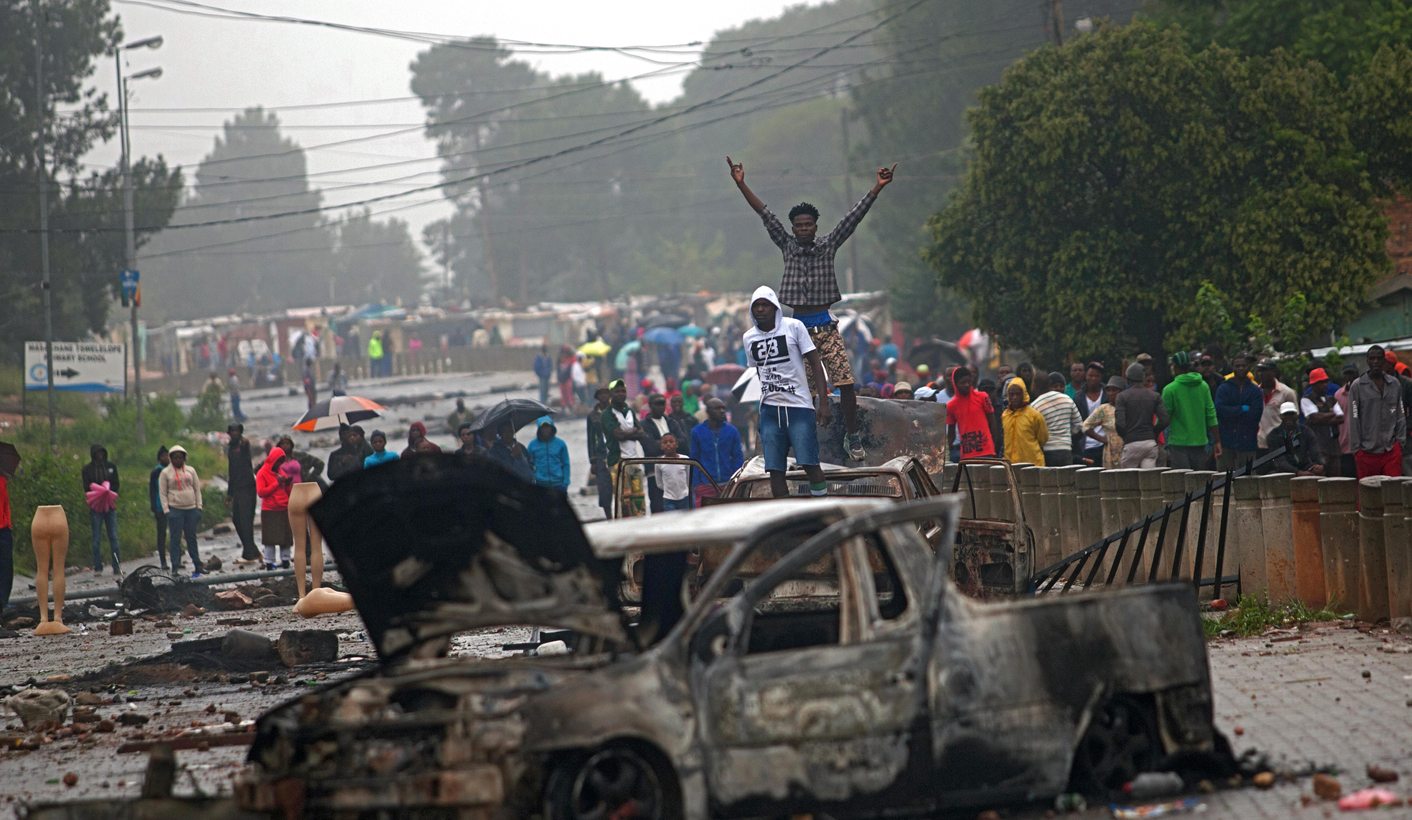 The better life for all has run into trouble amid South Africans’ pessimism over a lack of socio-economic improvements, according to a slew of public opinion surveys by Afrobarometer. On average only 37% of South Africans believe life is definitely “much better” than before 1994, and only 17% perceive gains in narrowing income inequality, while 62% said it was about the same. Released on Wednesday, these three surveys, alongside two Statistics South Africa reports on youth and housing, have raised serious questions over the impact of South Africa’s policy regimen. By MARIANNE MERTEN.

Wednesday’s Statistics South Africa (StatsSA) report on housing showed almost no discernible drop in the number of shacklands. In 2014, 13.1% of homes were informal dwellings, compared to 13.6% in 2002. This comes in spite of the government delivering subsidised housing to millions of South Africans over the same period, out-performing anything the private sector may have delivered.

There are reasons for this: migration, often in search of jobs, and the “unbundling” of households as people set up their own homes, often in shacks. The confluence of migration and shacklands that is turning housing provision into a moving target is illustrated starkly in North West: the number of informal dwellings surged to 21.1% from 12.9% between 2002 and 2014. Much, if not most of it, is linked to developments around Rustenburg, the heart of the platinum belt.

While the provision of basic services such as water, sanitation and electricity has increased, usually alongside state-subsidised housing developments but also for traditional dwellings in rural areas, the challenge of addressing apartheid urban spaces remains. The report, “Housing from a human settlements perspective”, extracted from general household surveys dating back to 1996, showed new developments usually happened at the periphery of urban centres away from jobs, transport and other opportunities.

Earlier this week StatsSA’s “The Social Profile of Youth, 2009-2014” report raised the perniciously high, and unchanging, unemployment levels of 66% among youths, and the direct co-relation of joblessness to levels of education. Over the five-year period, little has changed: 57% of youth without matric are unemployed and, largely due to high failure rates in completing bachelor degrees since the mid-1990s, the numbers of today’s African black youth aged 25 to 34 among professional, managerial and technical workers has dropped by 2%. Effectively, that age group is worse off than their parents were.

Housing, education and job creation have been the mainstay of democratic South Africa’s government policy priorities for years.

Wednesday’s Afrobarometer survey, “Despite decline in lived poverty, South Africans increasingly pessimistic about the economy”, showed rising discontent about the government’s handling of the economy – even as personal poverty, which remains defined by race and class, has declined between 2000 and 2015.

These findings dovetail with the lack of confidence in socio-economic improvement outlined in another Afrobarometer survey, “Post-1994 South Africa: Better than apartheid, but few gains in socio-economic conditions”.

While democratic governance and civil liberties continue to rate highly, disgruntlement about socio-economic improvements is widespread. Twenty-two years after the 1994 democratic transition, just 37% of South Africans said conditions are better or much better as just 17% believed there had been progress in narrowing the gap between the rich and the poor. And 62% said conditions had stayed the same or deteriorated. The 2015 survey findings stand in contrast to previous ones: in 2002 those who said lives had improved since 1994 stood at 47%, which rose to 61% in 2006 before dropping 45% in 2008.

In the latest survey, 30% of South Africans indicated employment had improved and 41% thought economic conditions had. However, improvement emerged in two non-economic areas: safety, where perceptions of improvement hit 42%, and race relations, which a majority, albeit small (52%), regarded as improved. (Wednesday’s third Afrobarometer survey on discrimination highlighted that 52% of South Africans said government treated citizens equally, but employers, courts and landlords were most discriminatory at 56%, 54% and 36% respectively.)

Responses on improvements since 1994 depend on race, education and party support. Among self-identified ANC supporters 41% said socio-economic conditions had improved, as did 38% of self-identified Economic Freedom Fighters (EFF) supporters. In contrast only 26% of DA supporters shared this view. Black African South Africans were most upbeat (39%), whites and Indians less so at 29% and 16% respectively.

Indian South Africans emerged as the most critical, an attitude which the survey describes as “counterintuitive” as they enjoy higher education and employment levels while their incomes have increased by 145% in the decade to 2011 in contrast to other previously disadvantaged South Africans.

The “Despite decline in lived poverty, South Africans increasingly pessimistic about the economy” Afrobarometer survey showed 81% of Indians said they never had to go without basic necessities such as clean water, food, cooking fuel, medicines and a cash income. This stands in contrast to only 28% of black African South Africans who said they had never experienced deprivation.

Although on a personal level 36% of South Africans, down from 41%, said their living conditions were fair or very bad, education, age and location matter greatly. According to this Afrobarometer survey, a majority of 54% of South Africans with post-secondary school education said they had never experienced deprivation, compared to 13% of those with no formal education. Those living in urban areas were more likely to have access to life’s necessities, while 54% of those older than 51 reported not experiencing deprivation compared to 35% of those aged 18 to 30.

The picture is complex – South Africans, according to Afrobarometer, overwhelmingly continue to believe in nation building – but the statistics and findings provide a platform for a serious, and speedily needed, policy rethink. DM