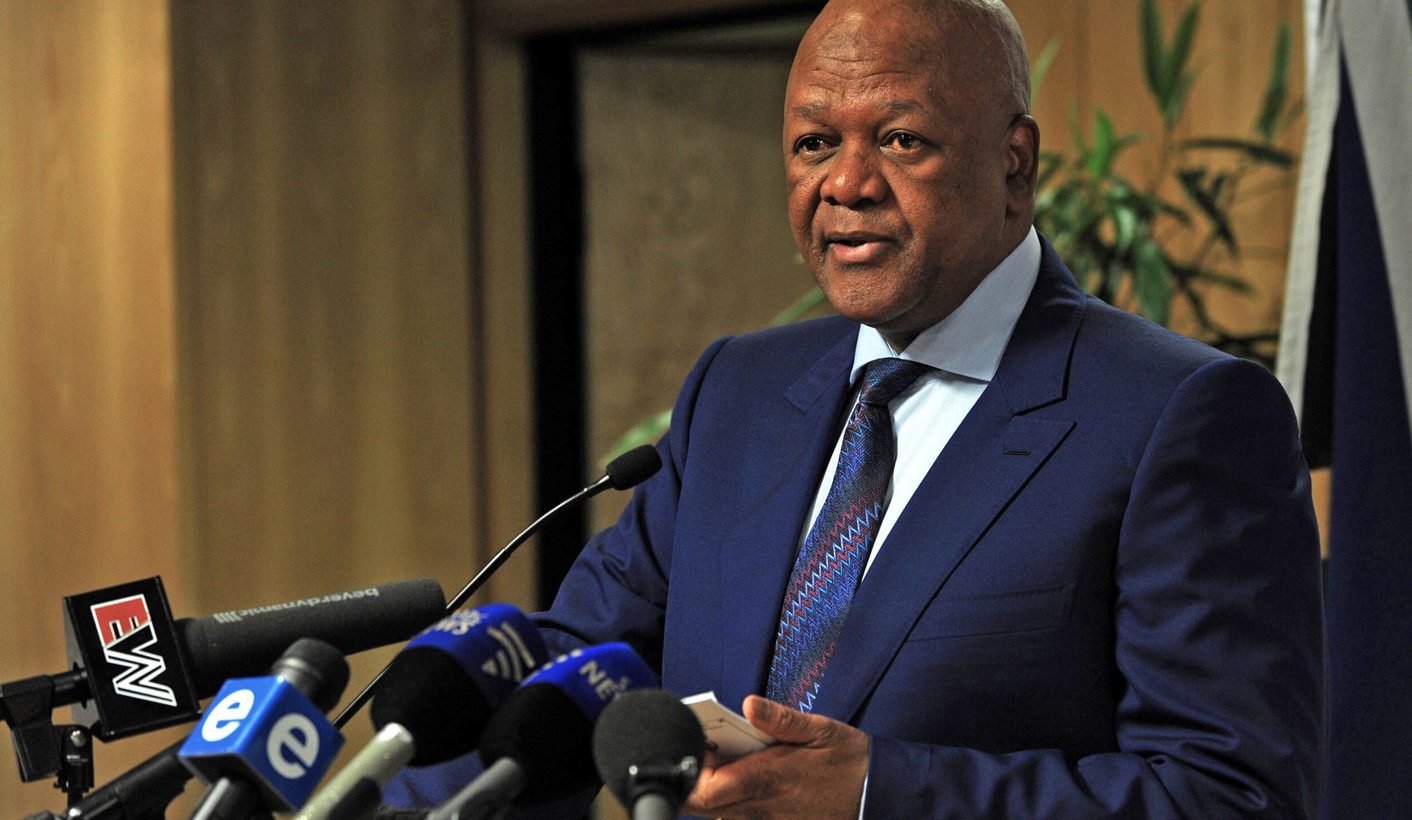 Under continued pressure over allegations of state capture, the Gupta family on Thursday got a reprieve as it appointed auditors to replace KPMG. It also appears to have the state on its side as three ministers will soon meet with the banks who have cut ties with the family’s Oakbay Resources. By GREG NICOLSON.

A day after ’employees’ from Oakbay Resources and Energy, owned by the controversial Gupta family, made an impassioned call to the country’s top banks, the company received a lifeline on Thursday, announcing it has appointed SizweNtsalubaGobodo as auditors.

Oakbay’s future is still unstable, but the appointment is a step forward after it faced possible suspension from the Johannesburg Stock Exchange (JSE) when auditing firm KPMG withdrew its services along with the JSE sponsor Sasfin and the country’s top banks.

FNB, Absa, Standard Bank and Nedbank are all said to have cut ties with Oakbay, citing “association risk”, after allegations emerged that the Gupta family wields undue influence over President Jacob Zuma’s administration. The family has been under intense scrutiny since Deputy Finance Minister Mcebisi Jonas confirmed reports he was offered the position of finance minister by members of the Gupta family.

Atul and Varun Gupta have since resigned as directors of Oakbay and President Jacob Zuma’s son Duduzane has resigned from a subsidiary. The family is reported to have since left South Africa but still maintain majority ownership of the company it founded.

President Zuma in particular is accused of having an improper relationship with the Gupta family and a number of political organisations who have been strident in their support for Zuma while he is under pressure after the recent Constitutional Court ruling have also shown support for the Guptas and questioned the decision of the banks to ditch the family.

On Thursday, Minister in the Presidency Jeff Radebe announced during a post-Cabinet briefing that the government would send three ministers to engage with the banks on the issue.

“Cabinet noted the actions by the four banks that gave notice to close the bank account of a company. Whilst Cabinet appreciate the terms and conditions of the banks, the acts may deter future potential investors who may want to do business in South Africa. Cabinet has endorsed that the ministers of finance, labour and mineral resources should open a constructive engagement with the banks to find a lasting solution to this matter,” said a statement.

Radebe was questioned during the briefing on the decision of government to get involved. Journalists asked whether undue pressure was being applied to influence the banks, whether government would get involved on other issues regarding complaints with the banks, and whether Mineral Resources Minister Mosebenzi Zwane should be involved after it emerged he flew with the Guptas to Switzerland while they negotiated the purchase of Glencore’s Optimum colliery.

“The ministers appear to be intervening, on behalf of the Guptas, in business decisions taken by the banks,” said the DA’s David Maynier on Thursday. His party has asked the Reserve Bank to probe whether banks have complied with the law in the past dealings with the family’s businesses. Radebe defended the decision to have ministers meet with the banks, saying it’s part of normal interactions with the private sector.

Oakbay recently defended its call for government intervention after it asked the labour, finance and mineral resources ministers to express disappointment over the banks’ move. “It was to plea for some kind of assistance and guidance on how we can restore those relationships,” said CEO Nazeem Howa.

On Wednesday, an open letter to the leaders of the top four banks said to be on behalf of ‘Oakbay employees’ pleaded for its accounts to be opened. “We do not know if any of the allegations against the Gupta family or Oakbay’s management are true. We do not care. All we care about is providing for our families. If you do not open Oakbay’s bank accounts we cannot be paid and Oakbay cannot pay its bills. If by the end of May the accounts remain closed, Oakbay’s businesses will close,” it said.

When ANC Youth League President Collen Maine went to speak to employees on the matter, however, employees campaigned against his intervention and denounced the letter. According to EWN, Oakbay employees were calling for the retraction of the letter on their behalf, claiming they hadn’t been consulted. They refused to engage Maine and asked where he was when allegations of poor working conditions and low pay had been raised against the company in the past.

Political organisations like Cosatu, the ANC Women’s League, the ANC Youth League, and the Umkhonto weSizwe Military Veterans Association have defended Oakbay and the Gupta family, claiming that they are being unfairly targeted. Critics however point out that in a number of cases they have received undue benefits, such as being able to land a plane at the Waterkloof Air Force Base, having a minister help negotiate the purchase of a mine, receiving a high proportion of government advertising in The New Age compared to readership, and deals to host the The New Age breakfasts.

If the pressure wasn’t high enough on the Gupta family and its businesses, on Thursday its TV station ANN7 was accused of putting lives at risk. Vanessa Burger, an activist working in Glebelands, KwaZulu-Natal, said despite repeated warnings ANN7 broadcast images of community members’ faces during a press conference in Glebelands. Dozens of people have been assassinated in the area and Burger said broadcasting their faces could put lives at risk.

“ANN7, without rectifying your life-threatening blunder, you are no longer welcome at Glebelands,” she said.

While the appointment of new auditors maybe a boost for Oakbay, it still needs a new JSE sponsor after the withdrawal of Sasfin. The company is still looking for a bank to do business with, but some reports suggest they could be now banking with India’s Bank of Baroda. DM