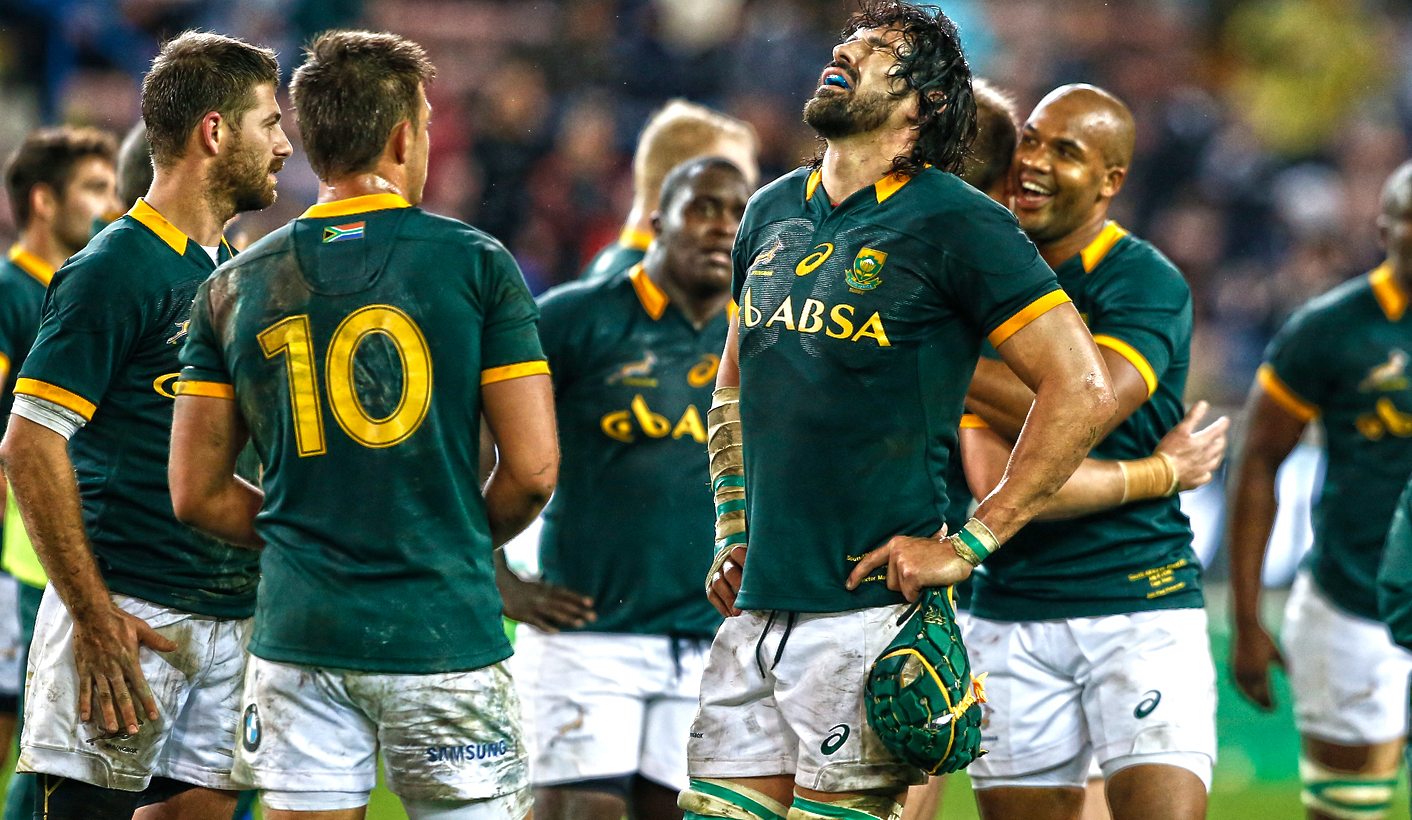 On Tuesday, Oregan Hoskins hinted at the possibility of excluding overseas-based players from playing for the Boks. This comes barely a week after he had sat next to new Springbok coach Allister Coetzee, who said that he would like to pick players who are based abroad. In the modern-day era of professional sport, it is staggering that we are even having this conversation. By ANTOINETTE MULLER.

On Tuesday the Portfolio Committee on Sport and Recreation met with delegates from the South African Rugby Union (Saru) to discuss the Boks’ performance at the 2015 Rugby World Cup, the Blitzbokke’s preparations for Rio 2016, an update on Eastern Province Kings issues, and the status of governance and transformation in provincial unions.

Also on the agenda were questions about South African players leaving the country to earn money from playing for clubs overseas.

“Players in South Africa are going to ply their trade overseas because they earn more money,” Hoskins said in trying to explain why so many South Africans are moving abroad to play.

“How we keep our players in South Africa is a challenge for us as a sport. At the moment, we are considering restricting players from playing in the national team if they are based overseas,” he added.

These comments were somewhat odd considering that, when Allister Coetzee was unveiled as the new Boks coach, Hoskins was sitting right next to him when he said: “If I want to use overseas players, I will have the opportunity to do so.”

But this is Saru we are talking about and contradiction is nothing new. Neither is the issue of picking players who are based overseas. Former coaches Nick Mallet and Jake White were both opposed to the selection of overseas-based players and the threat of not earning another Springbok cap was enough to stop many from seeking greener pastures and bigger pay cheques. For some, it had a detrimental effect on their financial well-being.

Jongi Nokwe, once one of the highest-rated young players in South Africa, is perhaps the most famous example. In 2008, Nokwe had burst onto the scene by becoming the first Springbok to score four tries against the Wallabies. He had earned his stripes in youth rugby and looked set to become a legend. He lingered in the system until 2010 when suddenly things started going downhill after he suffered a serious knee injury.

Nokwe struggled to get back to his best and was doomed to a career in club rugby while desperately trying to get back in form and back into the Springboks. He never did and was left struggling financially because he never maximised his earning potential during his heyday.

Nokwe never considered a move overseas out of fear of never being picked for the Boks as Saru had a ban on selecting players based overseas until Peter de Villiers took over the reins in 2008. Even during De Villiers’ tenure, there was apprehension over picking overseas-based players. Nokwe’s story is not unique, but it does illustrate the most crucial point in the overseas players debate.

Rugby players, like most other sportspeople, have an exceptionally short career span. While most of us work until we’re 60 or over, spending the best part of 40 years slogging away, rugby players are fortunate if they manage to work for 15 years. They are at constant risk of injury ending their prospects.

Central contracts might help curb some from leaving, but the South African currency will hardly ever be able to compete with dollars and pounds, especially for young players who are at the start of their careers.

Some have suggested that a cap limit be introduced to try to stop these young players from going overseas. Players can then, theoretically, establish themselves on home soil and as a quality Test player before seeking more lucrative deals elsewhere.

But these kind of restrictions aren’t exactly going to help players like Nokwe. Players simply do not know when that day will come that an injury will completely destroy their careers and their potential, so this view is short-sighted and, frankly, insulting to players trying to make a living and earn enough money to last them until retirement age.

Some coaches, like Jake White, view the patriotism of players as the first prize. He said in an interview with SA Rugby Magazine in 2013: “For me it’s simple – choose the Boks or choose better money – you can’t have both.”

This patriotism first view is not only simplistic, but archaic. Whether it’s playing for the Stormers in South Africa or a club in Europe, for professional rugby players, playing rugby is a job. Sport, while wonderful in all its nation-building possibilities, is big business. Businesses require employees, which is exactly what rugby players are. While it is an honour to represent one’s country at elite level, honour doesn’t pay the bills once you’re no longer able to do that. DM

Photo: Victor Matfield of the Springboks (3-R) reacts with team mates after the rugby match between South Africa and a World XV in Cape Town, South Africa 11 July 2015. EPA/NIC BOTHMA