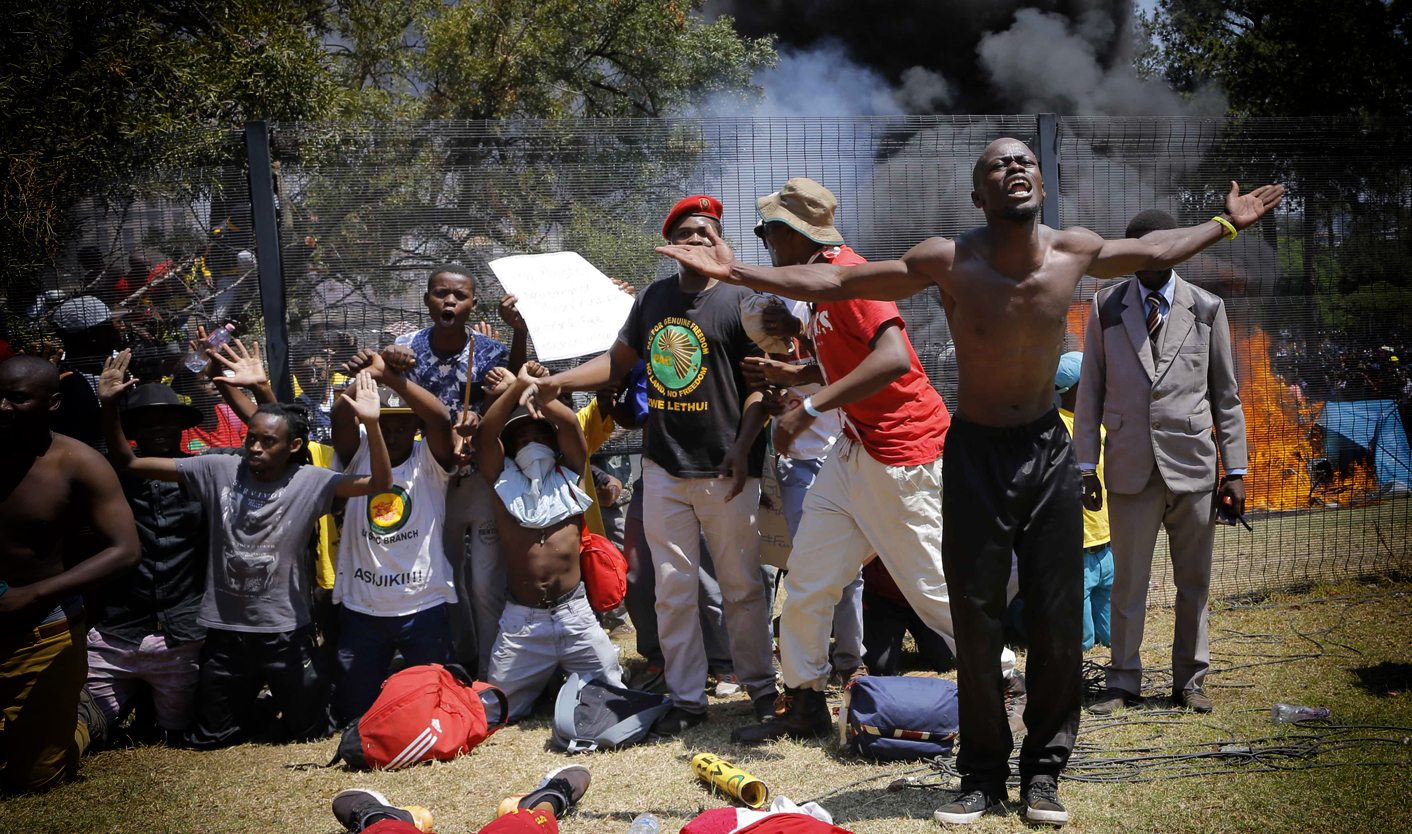 Bad news from Statistics South Africa for the new generation of black Africans, those aged between 25 and 34: according to new research, they are less skilled than their parents, and every other race and age group. It is also these youths who make up the bulk of South Africa’s unemployed. By MARIANNE MERTEN.

The percentage of black African professional, managerial and technical workers aged 25 to 34 has dropped by 2% over the past 20 years, leaving that generation less skilled than previous ones – and less skilled than every other race and age group, according to Statistics South Africa. “When parents are better equipped than the children, it’s a sign of regression,” said Statistician-General Pali Lehohla at Monday’s release of ‘The Social Profile of Youth, 2009 – 2014’, the first in a series on vulnerable groups.

The Statistics South Africa research paints a bleak picture of failing policy interventions, particularly in education and youth employment. And this is not taking into consideration additional dynamics such as the research showing a stark decline in bachelor degree completion rates among black African and coloured students since the mid-1990s. In addition, Lehohla added, it remains twice as difficult for a black African and coloured graduate to secure a job than their colleagues graduating from the same university.

Jobs are linked to education levels, and little has changed since 2009. Those with not even a matric are most likely to remain unemployed – consistently at 57% in the five-year period under review – while those with matric recorded unchanged unemployment levels of 38%. This dropped to 1% among graduates in the period from 2009 to 2014, while those with other tertiary education other than university degrees dropped to 4% in 2014, slightly down from 5% in 2009.

The government touts an increase of numbers not only in higher education – about 800,000 matrics wrote the 2015 exam, although education experts and activists have for years cautioned that only half of those who start in Grade 1 complete Grade 12 – and as a percentage in various public work programmes. But the devil lies in the detail of proportionality. The numbers may well be up, but the proportion in relation to the country’s youth cohort remains the same. Thus there has been no real, systemic change.

“Education is the solution to the problem. We are not increasing the proportion of people in education,” said Lehohla. Describing this situation as “a cocktail of disaster” he pointed out that South Africa’s youth bulge is not translating into a gain of social and human capital. “It suggests a very difficult future.”

Young people aged 15 to 34 continue to make up the bulk of the unemployed: two thirds, or 5-million, on the strict definition of being able, willing and actively seeking work, but not having a job. This rises to 75% on the expanded definition, which includes those too discouraged to try to find work alongside those studying or doing unpaid work in the home like caring for the elderly or children.

Although overall, youths living in poverty declined in all nine provinces, in 2014 a household with at least one youth was more likely to experience hunger than a household without. And households with youths in the Northern Cape and Eastern Cape saw the biggest increase of hunger of 9.6% and 5.9% respectively. With the exception of KwaZulu-Natal and the Eastern and Northern Cape, the percentages of youth-headed households declined somewhat. Nationally the drop was just over 1%.

Housing and related costs of water, electricity, gas and other fuels remain the largest household expenditure at 25.4% for the 25 to 34 age group, followed by transport (19.8%), food and non-alcoholic beverages (14.2%), with education in fifth place at 1.9%. For those aged 15 to 24 the same ranking applies, although 6.1% is spent on education.

While the Western Cape received youths from the Northern and Eastern Cape, Gauteng was the preferred destination for youths from Limpopo as well as Mpumalanga and the Free State. Statistics South Africa says the decision to migrate was related to important life transitions such as higher education, work or marriage, but additionally because Eastern Cape and Limpopo are “perceived to be lacking in terms of affording their youth better socio-economic conditions”.

Lehohla said the data on the social profile of youth raised complex issues and highlighted that existing systems and instruments are not focused. There is a clear need to change the overall storyline. But that’s a job for the policy-makers and politicians, said Lehohla: “I’m not in a policy space. I’m just a ruler… in terms of (providing) measurements.” DM

Photo: Some of the thousands of students and youth from political parties gather by a security fence at the Union Buildings during another day of demonstrations against fee increases at universities, Pretoria, South Africa, 23 October 2015. EPA/KIM LUDBROOK