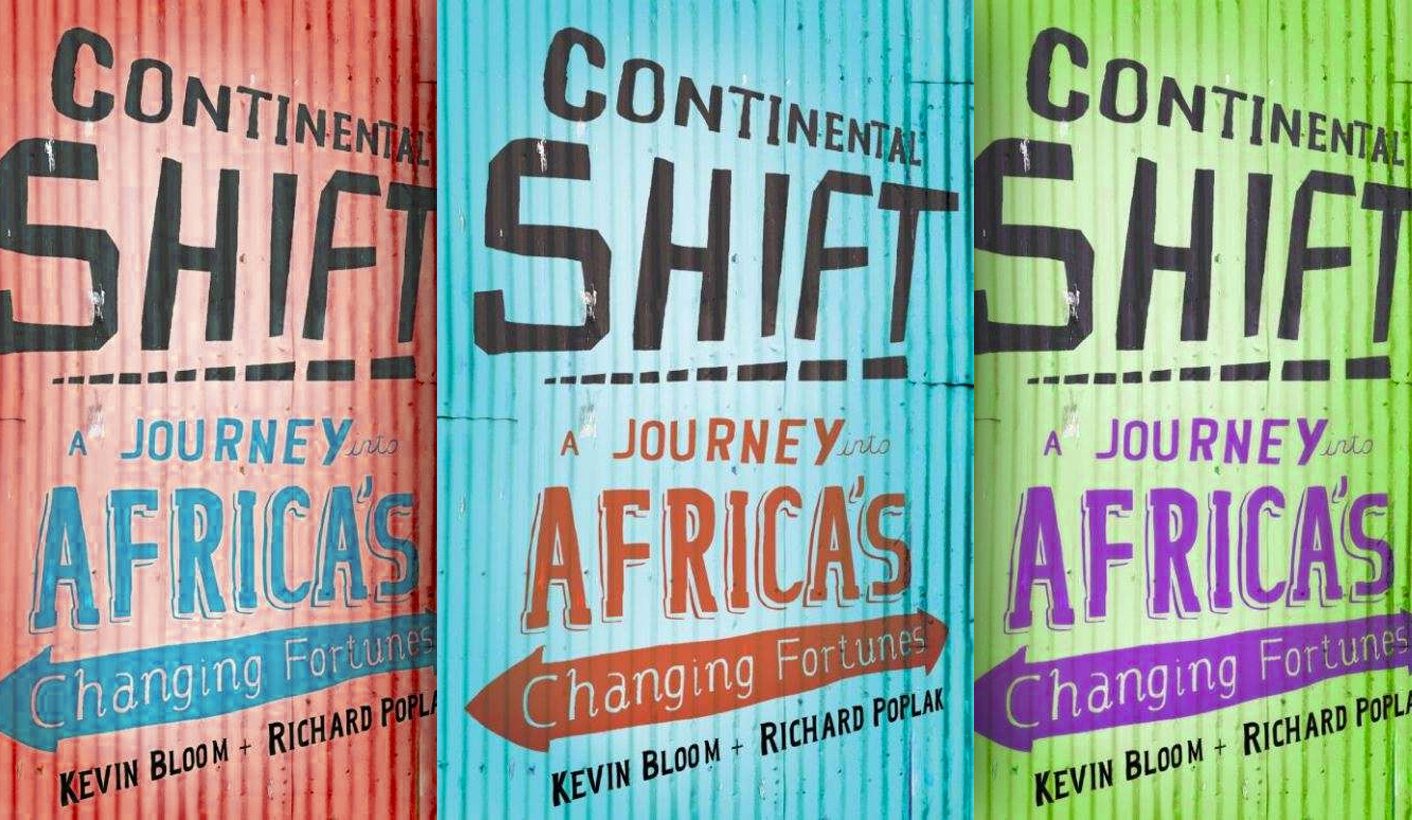 Novelist Chimamanda Ngozi Adichie warned of the danger of the “single story”, and Kevin Bloom and Richard Poplak have taken that warning to heart in their new book on Africa. Continental Shift is full of stories, many of them contradictory, all of them entertaining, and together they offer a snapshot of a continent that defies easy definition. This is essential reading for anyone with more than a passing interest in the continent, but especially for those of us who live on it. By SIMON ALLISON.

(Disclosure: Richard Poplak and Kevin Bloom are senior Daily Maverick journalists and have been an integral part of the Maverick project since 2005.)

Four years ago, in a Johannesburg kebab shop not far from where they both grew up, Kevin Bloom and Richard Poplak told me that they were writing a book about Africa. They’d already been working on it for five years, and it was nearly ready, they promised.

Periodically, I’d check in with them, but there was no sign of a hard copy – despite plenty of evidence of hard work. They’d changed the angle and had to rejig everything. They’d added another country to their travel list, and another, and another. They’d binned most of the text and started again from scratch. I started to doubt that the book would ever appear.

And then it landed on my desk. Continental Shift: a journey into Africa’s changing fortunes. Nine years, 18 countries, 600 interviews and hundreds of thousands of discarded words later. After all that, I thought, it had better be damn good.

It is. Everyone with more than a passing interest in African issues is familiar with novelist Chimamanda Ngozi Adichie’s seminal TED talk on “the danger of a single story”. It’s a forensic takedown on how Africa is reduced, stereotyped and diminished by simplistic narratives, by lazy generalisations, by foreign journalists who can’t be bothered to grapple with complexity and nuance.

“When we reject the single story, when we realise that there is never a single story about any place, we regain a paradise,” she concluded.

Bloom and Poplak, two of the finest non-fiction writers in South Africa, are born story-tellers. And they tell plenty of stories, with colour and emotion and feeling. But equal parts of their book are then devoted to rejecting those stories, to ruthlessly unpicking the metaphors and the symbols that they created. In a continent that’s all too often defined, literally, in black and white, Bloom and Poplak dance in the grey areas.

Don’t take my word for it. Speaking at the launch of the book, anti-apartheid activist Jay Naidoo lavished praise on the authors, whom he called his “two favourite white Jewish crazy boys”.

“It’s an encyclopedia of information that Africa is not a country. You have crystalised the core of the message that we as Africans need to understand. That we are first and foremost Africans, and we belong in Africa. That Africa isn’t one country, has many narratives and is full of contradictions. You have done us proud,” said Naidoo.

Continental Shift doesn’t come up with a “solution” for the continent, and it asks more questions than it answers. It doesn’t pretend to be some kind of defining work on Africa. But in rejecting all those easy labels and lazy narratives, Bloom and Poplak have created a book that comes closer to achieving that kind of status than the many authors who have explicitly tried to achieve it. It may have taken them nine years to do it, but it was worth the wait. DM

Continental Shift, published by Jonathan Ball, is available from most major bookstores.