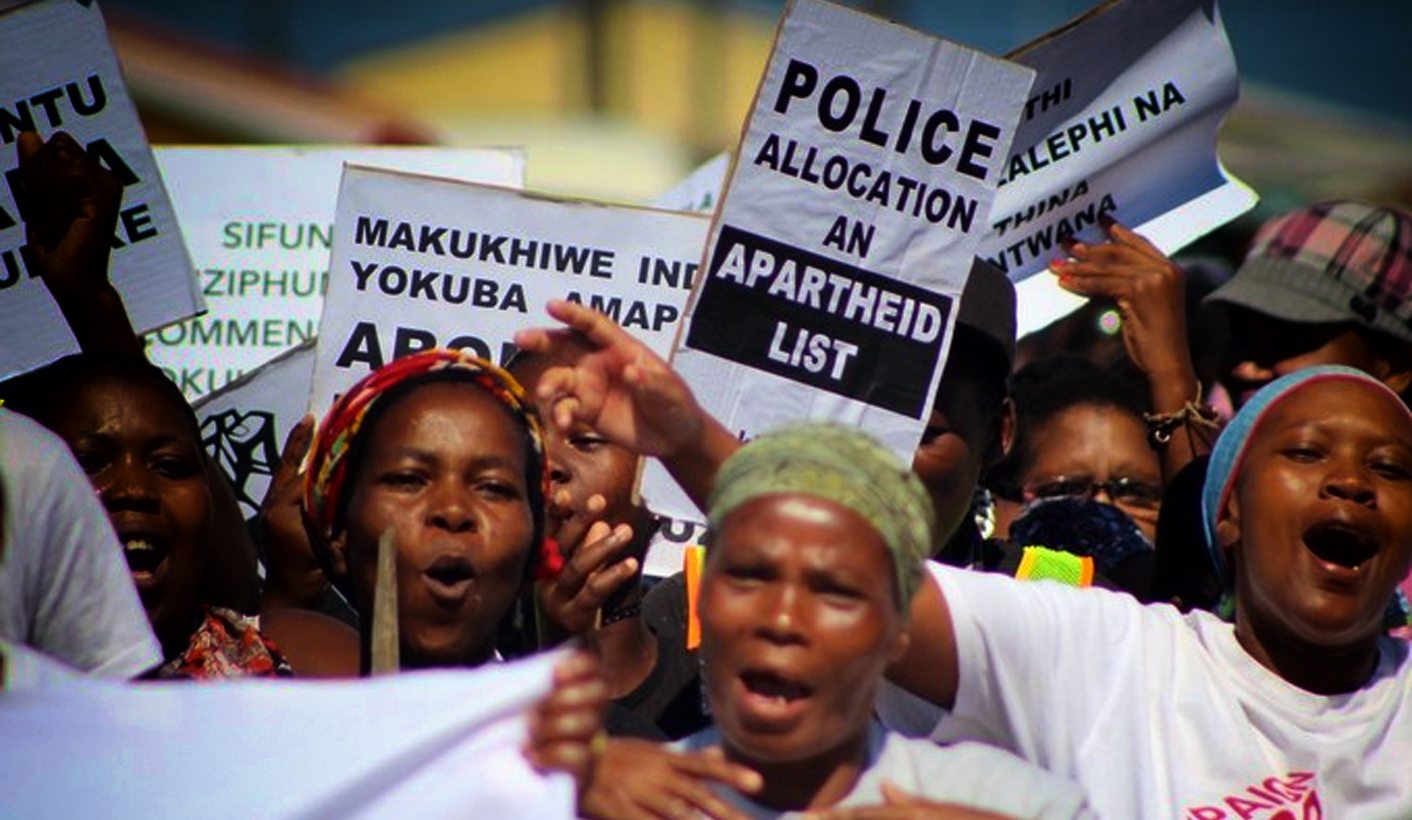 I have lived in Khayelitsha my entire life. Every day people are assaulted, robbed, raped, and murdered. For 400,000 people, crime, violence, and a lack of safety are part of our lives. By Phumeza Mlungwana for GROUNDUP.

One of the most damning findings of the O’Regan-Pikoli Commission of Inquiry into policing in Khayelitsha was that “a system of human resource allocation that appears to be systematically biased against poor black communities” had survived 20 years into post-apartheid democracy. The commission concluded that “the survival of this system is evidence of a failure of governance and oversight in every sphere of government”.

The commission found that police resources are highly skewed towards historically white and middle-class areas, leaving black African and coloured communities with a very small and unequal share. To make things worse, these communities are also the areas with the highest crime rates and levels of violence.

According to the police’s formula, Khayelitsha, for example, requires fewer detectives per capita than Camps Bay. But Khayelitsha had more than 300 murders last year while Camps Bay had 10 murders in the last 10 years. This is why the commission found the resource allocation system irrational and morally unjustifiable. This isn’t about simply increasing police, but rather that police resources are distributed equitably and in terms of need.

Dr Genine Josias from the Khayelitsha Thuthuzela Centre explained to the commission how it took more than a year before the police acted on evidence she gave them about what appeared to be a serial rapist violently targeting young girls. By the time this man was arrested, more than 20 young girls had been raped. One had been raped and murdered. Dr Josias broke down during her testimony, recounting how these horrific tragedies could have been prevented.

This is the situation faced by many black communities across Cape Town and the country. It is a daily reminder of the brutal legacy of decades of social and spatial engineering.

Since the commission released its report in August 2014, the Social Justice Coalition (SJC) and its partners have tried every avenue to engage with the Minister of Police about the recommendations and how to start implementing them. We wrote many letters, met with representatives of the minister’s office, and have sat in many meetings and imbizos. Eventually we protested, led marches and staged sit-ins outside Parliament.

In 2015, former National Police Commissioner Riah Phiyega responded, not to the people of Khayelitsha, but to the Premier of the Western Cape in a document marked “Strictly Confidential”. She dismissed the report and every single one of its recommendations. The attitude from national police and political leadership has been dismissive, noncommittal and disinterested. The minister himself has never responded to the commission’s recommendations.

When we first advocated for a commission of inquiry in 2011 the police opposed it. Once it was established, the minister went to the High Court and the Constitutional Court to try to stop it or reduce its powers. He failed to do this.

The minister’s refusals since the commission are about life and death where I live and in many other poor communities. We have been left with no option. The SJC and Equal Education are taking the minister to court to compel him to revise the system of allocating human resources urgently and to change the discrimination that impacts on mainly poor black people.

We’re going to court to change a system that, in its current form, is a tool of discrimination, inequality and injustice. DM

The SJC is represented by the Legal Resources Centre.

Mlungwana is the General Secretary of the SJC.

Photo: The Social Justice Coalition (SJC) is taking the Minister of Police to the Equality Court because, the organisation says, resources are not allocated fairly between wealthy and poor neighbourhoods. Photo courtesy of SJC.