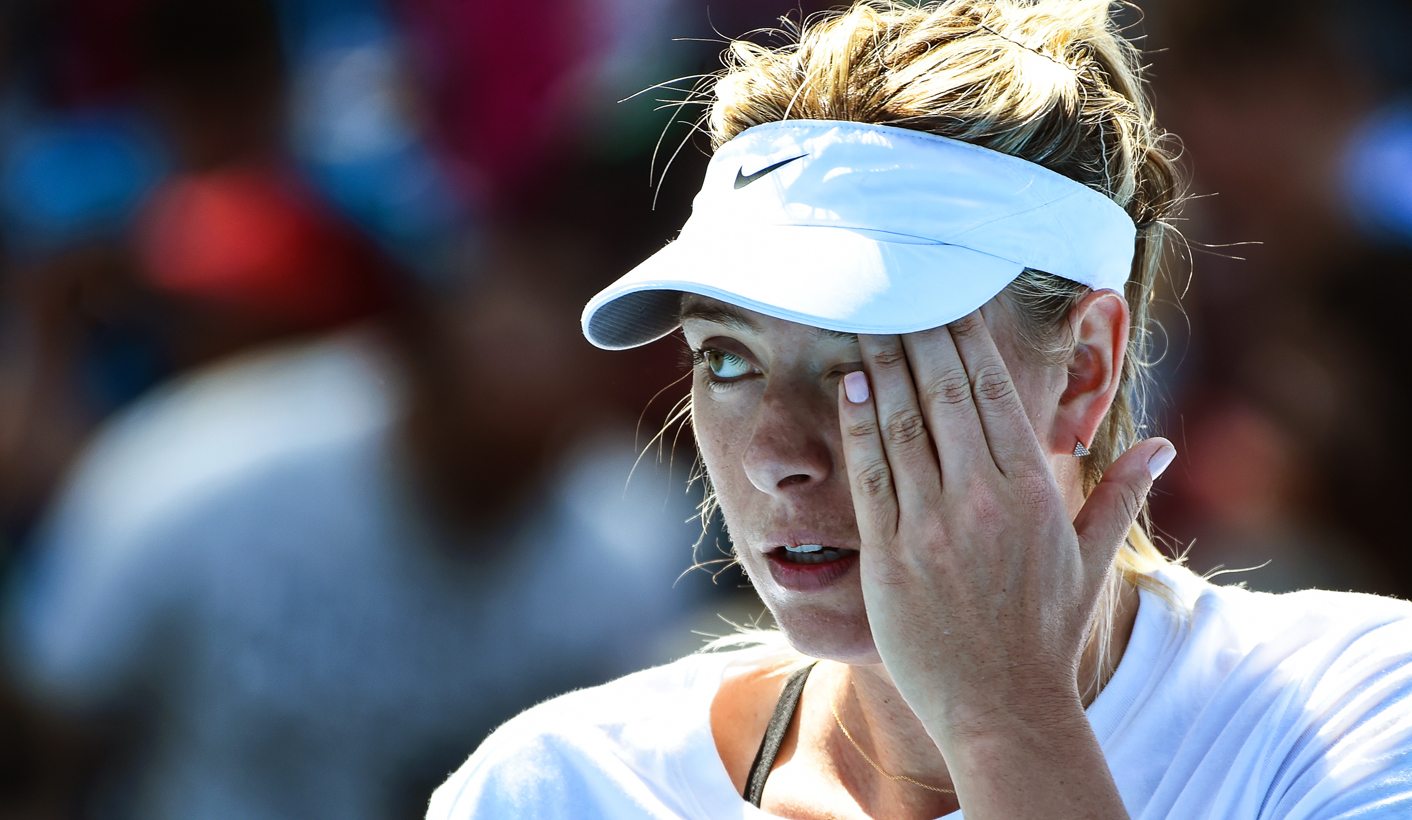 The World Anti-Doping Agency admitted this week that there is some uncertainty over how long meldonium stays in the system, so those who have tested positive, including Maria Sharapova, could escape sanctions. BY ANTOINETTE MULLER.

The 172 athletes, including Maria Sharapova, who have tested positive for meldonium since it was placed on the banned list by the World Anti-Doping Agency (WADA) at the start of this year might be offered a lifeline.

Since the ban and the subsequent positive tests, a number of athletes have told the agency that they stopped taking the drug last year, which led to questions over how long the drug might stay in an athlete’s system. The agency now says it cannot say for sure how long the drug takes to leave the system.

“There is currently a lack of clear scientific information on excretion times,” WADA said in new guidance distributed on Monday, adding that some athletes “could not have known or suspected” meldonium would still be in their systems having taken it before it was banned.

“In these circumstances, WADA considers that there may be grounds for no fault or negligence on the part of the athlete,” the guidance added.

The agency insisted on Wednesday, in a new statement, that the guidance issued was “not an amnesty” for those who have tested positive and those who have sanctions looming still have plenty to answer.

But the seemingly haphazard approach from the agency will only add fuel to the defensive fire of those athletes who have been caught because drawing the line between those who had stopped taking the drug when it was banned and those who didn’t might be difficult to do.

WADA says doping cases should be pursued in the case of athletes who admit having taken meldonium on or after 1 January, but having now admitted that there is no way of really knowing, they’ll have to take the athletes’ word for it.

This is a potential quagmire for the agency. According to the Sport Integrity Initiative, many athletes were told that meldonium would exit the body after two weeks and the new guidance issued by the agency raises some uncomfortable questions over just how much they know about the drug.

WADA’s seeming lack of understanding of how long the drug stays in the system is just the beginning. The agency will also be asked as to why exactly the drug enhances performance.

While there have been a few clinical trials, some experts say the evidence that the drug does indeed boost performance is scant.

“The evidence around whether it is a performance-enhancing drug is quite thin,” Mark Stuart, a pharmacist in London who is on the medical and anti-doping commission of the European Olympic Committees, said in an interview with The New York Times.

He added, though, that he couldn’t understand why so many athletes “young, quite fit and healthy would really have a need for this particular drug”.

However, in 2009 Ivars Kalvi?š, one of the drug’s inventors, said in a newspaper interview that the drug had been used to increase the endurance of Soviet troops lugging heavy equipment in Afghanistan. Even the manufacturer’s website says that the drug can also help with “improving of work capacity of healthy people at physical and mental overloads and during rehabilitation period”, but this alone will not be evidence enough if any athlete chooses to challenge a sanction.

There seems to be a myriad of contradiction over the drug’s effect, scientifically anyway, but the agency had previously said that there was no need for them to offer scientific justification for placing a substance on the prohibited list.

“That’s specifically the way that the Code’s wording has been put so that we would not have to justify why a substance is on the list”, WADA’s Chief Operating Officer and General Counsel, Olivier Niggli, told Sports Integrity.

“We have experts who look at it, they have three criteria. It has to meet two of the three and we never disclose nor discuss the specifics of a substance because otherwise, every time you have a positive case, there would be a challenge.”

Still, failure to provide concrete scientific proof that the drug enhances performance, coupled with the uncertainty over how long the drug stays in the system, might leave the agency with a few fires to put out. DM

Photo: Maria Sharapova of Russia reacts during a training session prior the Australian Open Grand Slam tennis tournament at Melbourne Park, in Melbourne, Australia, 16 January 2016. Maria Sharapova revealed that she failed a drug test being tested positive for Meldonium at the Australian Open at a press conference in Los Angeles, USA, on 07 March 2016. The anti-ischemic drug ‘Meldonium’ has been added to the latest list of forbidden susbtances issued by the World Anti Doping Agency (WADA), which has added caffeine and nicotine to substances it is monitoring. EPA/FILIP SINGER