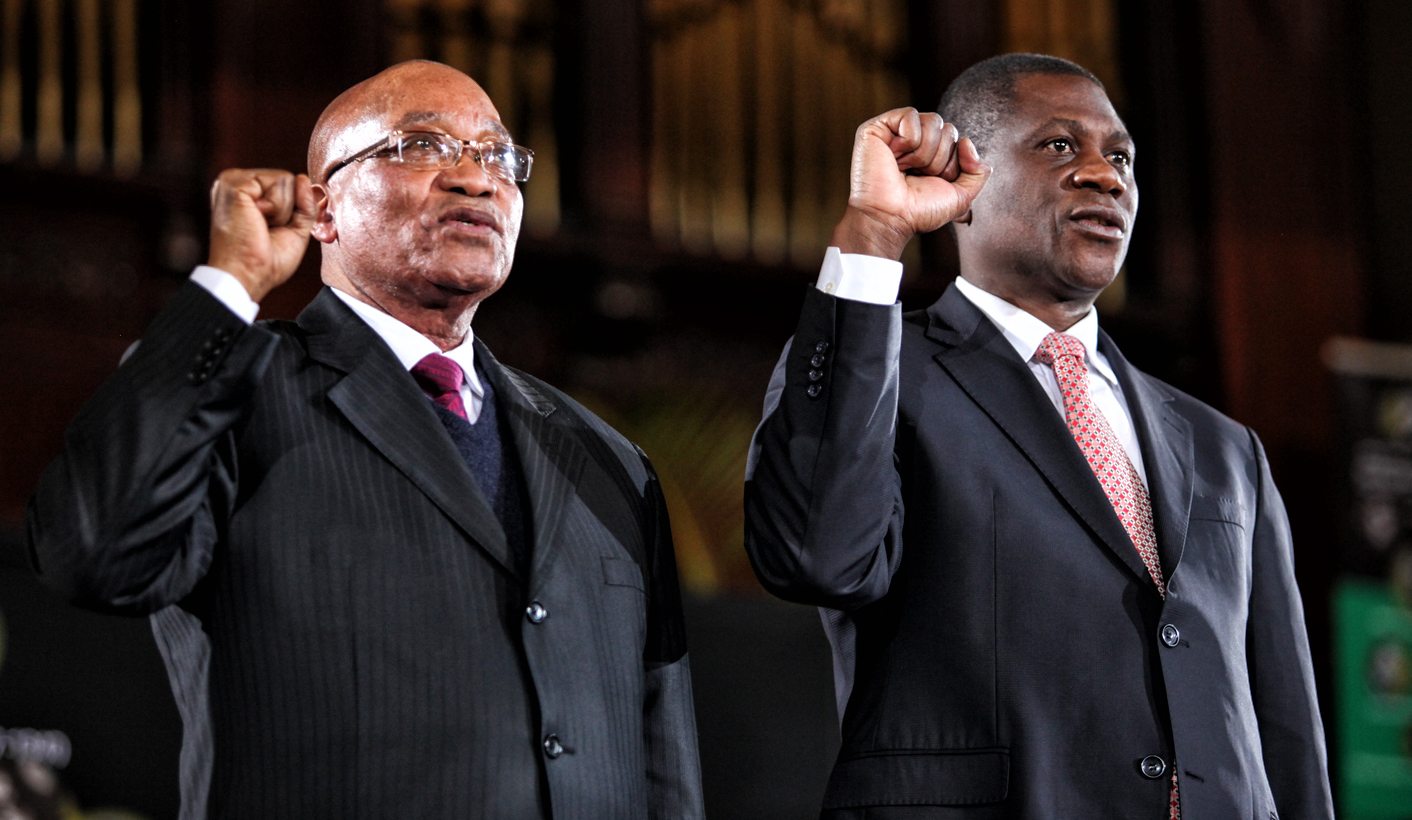 As pressure continues to mount against President Jacob Zuma, the Gauteng ANC on Tuesday said his apology is just a start in dealing with the damage caused by the Nkandla issue. While the province stopped short of calling for Zuma's resignation, it might when it meets party's top leaders next month. By GREG NICOLSON

Marking Zuma’s 74th birthday on Tuesday, the ANC assured the president would be “inscribed in the chronicles of history and etched into the minds of all South Africans” for his role in the fight against apartheid. The ANC would continue to lead South Africa towards a better future, it said, “ably led by President Zuma and his collective.”

The ANC Gauteng wasn’t in the mood to celebrate. In a statement noting the negative effect Zuma’s scandals have had on voter support, it called on the president to “do the right thing” after the Constitutional Court found that he and the National Assembly failed to uphold the Constitution. As questions over Zuma’s future continue to mount, so too does the apparent divisions within the ANC.

The Gauteng ANC provincial executive committee (PEC) met on Monday to discuss the Nkandla judgment and while its statement could imply that Zuma should step down, it doesn’t explicitly request him to be recalled or resign. “The PEC noted and accepted the public apology of President Jacob Zuma. However, the PEC believes that the apology is just the beginning of dealing with the political damage and mistrust caused by the mismanagement of the Nkandla matter,” it said.

“The PEC believes that the ANC has already paid a price during the 2014 elections, due to among others, the anger of the electorate about the matter. As the ANC we have to do a deeper introspection and take far-reaching decisions that will repair the damage to our image and to continue to enjoy the confidence and trust of our people.”

Reports on Tuesday morning quoted sources that said the Gauteng PEC had resolved that Zuma must resign or be recalled, which would have made it the first province to do so, but it stopped short of directly demand:

“The PEC reiterated that the ANC has earned its leadership of society through the struggles and sacrifices of its members and supporters over generations. It is in that context that our president, comrade Jacob Zuma, should reflect deeply and do the right thing to resolve the unprecedented crisis that the ANC currently faces,” the statement continued. “The ANC has never taken the support of our people for granted and was founded to defend and advance the rights of our people.”

What do does “do the right thing” mean? ANC Gauteng Chairperson Paul Mashatile was quoted by Mail & Guardian on Tuesday as saying, “Many people have been saying he [Zuma] must step down. It will help [us] if he steps down.” Power FM, Sunday Times, and News24, all quoting unnamed sources, said the PEC wanted the president to resign.

ANC Gauteng Provincial Secretary Hope Mankwana Papo clarified the issue. “There are different options,” he told Daily Maverick. “It could be approaching the organisation and offering to resign,” he said. Or it could require the involvement of the ANC integrity commission.

Papo emphasised that the Gauteng ANC will extensively consult its branches and regions to discuss the province’s position before presenting its views to the ANC’s National Working Committee (NWC) for discussion. “They may accept the views of the PEC or they may not,” said Papo. The Gauteng PEC hopes to present its views to the NWC in the first or second week of May before the meeting of the National Executive Committee (NEC), which has the power to sanction the president.

An extended meeting of the NWC last week accepted Zuma’s apology after the Nkandla judgment and the ANC executive committees of Eastern Cape, Free State, and Mpumalanga have all announced they accept the apology. It’s been reported that North West and KwaZulu-Natal leaders have done the same.

In recent years, Zuma has faced some of his most strident criticism in Gauteng. In Johannesburg in 2013 he was booed at Nelson Mandela’s memorial and last week he was booed again after an event in Pretoria. At the ANC’s 2012 Mangaung conference, the PEC called for “the renewal of the ANC change in leadership” and supported then Deputy President Kgalema Motlanthe who ran against Zuma for the position of ANC president. The ANC has suffered a loss of support in Johannesburg and Tshwane and the Democratic Alliance and Economic Freedom Fighters (EFF) are both pushing to take the metros in the August municipal elections. Some ANC branches in Johannesburg have called for Zuma to resign.

After the Nkandla judgment, ANC Gauteng Deputy Chairperson and Premier David Makhura said the ANC must ask whether the party is acting in the best interests of the country. In response, Secretary General Gwede Mantashe warned anyone who insults the president in public will “pay the price”. On Sunday, Mantashe warned of playing into the strategies of opposition parties and encouraged ANC members to avoid factionalism, not to take the extremes of either calling for Zuma’s removal or wanting to protect him, but instead do what’s best for the party.

DA Gauteng leader John Moodey on Tuesday challenged the provincial ANC to further condemn the president. “Gauteng’s people have been down this road before with the Gauteng ANC’s views on e-tolls in late 2014, only to have their hopes dashed when Premier Makhura made a sudden about-turn a few months later. This time round, Premier Makhura and Paul Mashatile will not get away with empty promises,” said Moodey. Towards the end of the month, the DA will table a motion in the provincial legislature to debate a call to condemn Zuma and ask for his resignation.

“The outcome of this debate will show how serious the Gauteng ANC is about defending the Constitution of South Africa,” said Moodey. The ANC however is extremely unlikely to support the opposition party’s move.

Professor Susan Booysen from the Wits School of Governance at the University of the Witwatersrand and author of Dominance and Decline: The ANC in the Time of Zuma said the Gauteng ANC likely realises that the majority of the party still supports the president and it is acting cautiously.

“Given all the threats and resistance to shedding the president, one can imagine even if it’s Gauteng they’re going to be cautious,” she said on Tuesday.

While those outside the party calling for Zuma’s resignation might be disappointed the province didn’t make a clear call for him to resign, Booysen said the PEC’s decision follows the party’s culture of consultation and building branch support. “I will not be writing them off in this campaign of morality and constitutionality… But it’s going to take time,” she said. She also noted that pressuring the president can help the province punt its preferred candidates for the party’s 2017 national elective conference. DM

Elri Voigt for Spotlight • 10 mins ago