Sudan: Darfur referendum is another step in Bashir’s rehabilitation 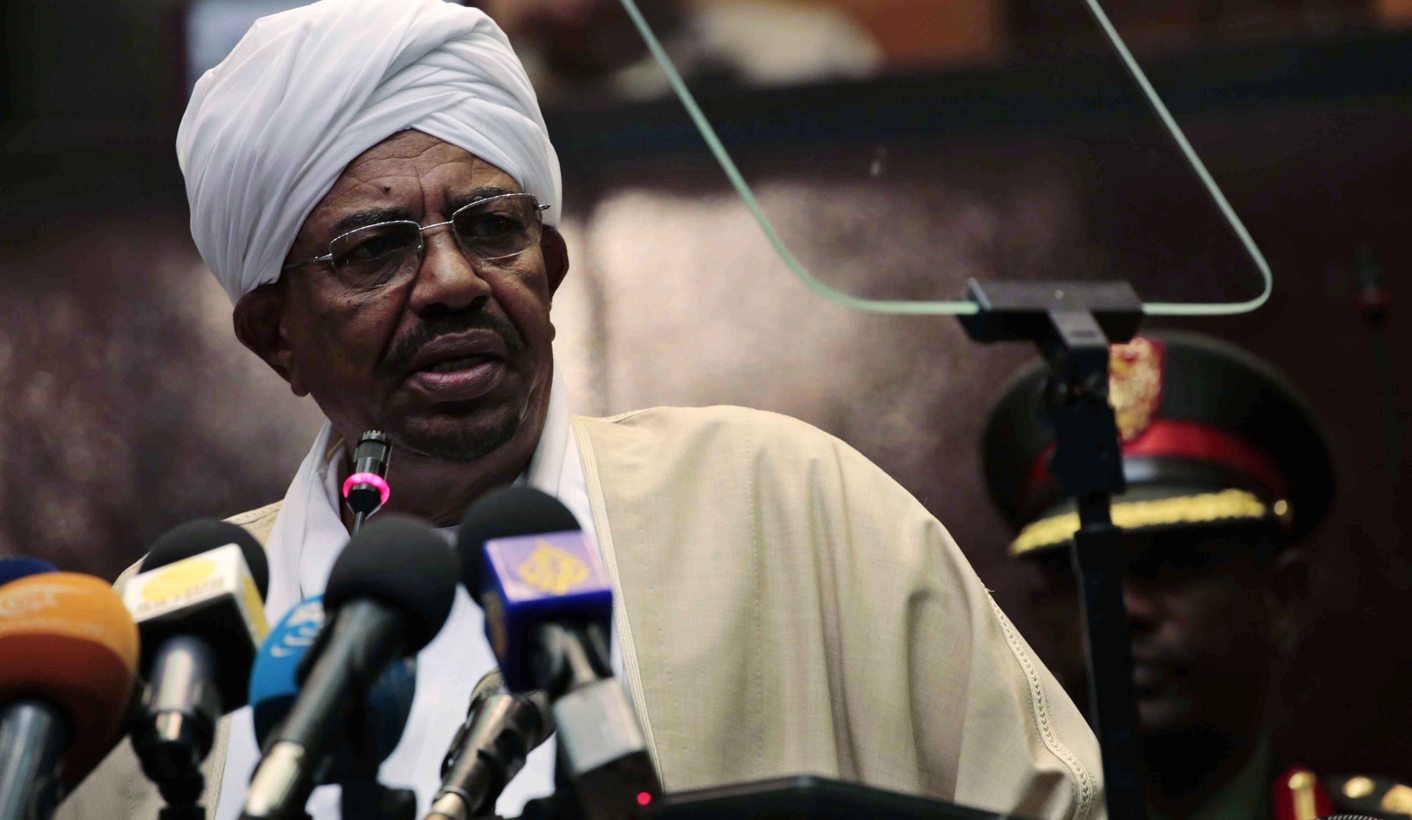 The Sudanese government is selling the Darfur referendum, which began on Monday, as an important step on the road to peace in the region. But Darfur’s not fixed, far from it, and the ruthless and wily President Omar al-Bashir has his eyes on a greater prize. By SIMON ALLISON.

The way Omar al-Bashir talks about the referendum in Darfur – entering its second of three days on Tuesday – you’d think it was a big deal. That its results will mean something for Darfuris.

“It is the people of Darfur who choose whether they want states or one region and we are holding this referendum so that no one else can come and say we want this or that,” said the Sudanese president, midway through a whistle-stop campaigning tour through all five of the states that make up the territory.

As if the people of Darfur really are free to make their choice – and as if, amidst the war and the refugee camps and the permanent humanitarian suffering, the people of Darfur really care that much about the administrative structure of a local government that has, at its best, completely failed to provide for them; and, at its worst, enthusiastically oppressed them.

The referendum, to determine whether Darfur should remain divided into five smaller states, or should be reconstituted as one large one, is a small but significant step on the peace plan agreed in 2011 in Doha. Or it would be significant, if the Darfur’s major rebel groups had signed up to the plan; and if any of the other major provisions of the plan had been implemented. As a spokesperson for the Justice and Equality Movement told AFP: “The priority was the return of the displaced to their villages. Whatever the result, the referendum means nothing.”

In this context, it’s hardly surprising that most rebel groups have boycotted the referendum, and are urging their supporters to do the same. This makes the outcome of the referendum even less surprising: Khartoum gets what it wants, and the five-state system remains intact. So too do all those extra layers of patronage and resource distribution, so crucial to the government’s grip on power in Darfur.

If Bashir had been serious about implementing the peace plan, he might have stopped the fighting. But as of the end of March, about 138,000 people had been newly displaced by hostilities between the government and rebels, with the government preventing United Nations peacekeepers from doing anything about it. And this is no exception: Human Rights Watch revealed, in its most recent report on Darfar, how government forces were implicated in systematic abuses of civilians, including the rape and torture of young girls.

No, this referendum is not about the people of Darfur. But it is important to Bashir. The Sudanese president, a pariah for so long, wants to come in from the cold.

Wanted by the International Criminal Court on charges of genocide – relating, of course, to the conflict in Darfur – Bashir has been subject to financial sanctions, a travel ban, and the imposition of those peacekeepers, the United Nations/African Union Mission in Darfur (UNAMID).

But last year, in Johannesburg, the South African government risked its own reputation and relationship with the ICC to fete Bashir at the African Union summit in July. He received a standing ovation from his counterparts there, an action interpreted by many as a welcoming back of Bashir into the continental fold – if he’d ever really left. Then towards the end of the year, relations with the United States began to thaw, with Sudan being removed from a watchlist of countries deemed to be facilitating the financing of terrorism. Bashir’s Sudan was being rehabilitated, even as he strolled to victory in presidential elections characterised by widespread intimidation.

More good news came in 2016, with the sudden announcement that South Africa would withdraw its troops from UNAMID. “…whatever Zuma’s intentions in ordering the withdrawal of the South African National Defence Force from Darfur might have been, its effect will surely be to help al-Bashir and hurt the long-suffering Darfuris”, wrote Peter Fabricius for the Institute for Security Studies. Fabricius added: “Al-Bashir probably hopes that when the South African troops pull out of UNAMID, other troop-contributing countries will follow suit, collapsing the mission altogether.”

Sure enough, diplomatic gossip in the corridors of Addis Ababa is that the African Union – a crucial component of UNAMID – is losing its stomach for the fight in Darfur, and is angling for a withdrawal. This is where the Darfur referendum comes in: if Bashir can make it look like he’s doing his bit to achieve piece, even while all independent evidence suggests otherwise, then this increases the chances of a full UNAMID withdrawal.

Not that Bashir will have it all his own way. “If held under current rules and conditions, a referendum on the status of Darfur cannot be considered a credible expression of the will of the people of Darfur. Moreover, it will undermine the peace process now under way,” said a statement from the US state department. Clearly, US-Sudan relations are back on ice, for now. But given Bashir’s popularity among African Union member states, strong statements like this may be too little, too late.

On the surface, the referendum in Darfur may look like a rare opportunity for the region’s long-suffering citizens to express themselves, and an important step on the long road to peace. Not so fast. As usual, the ruthless Sudanese president has an ulterior motive – and, as usual, he will probably emerge as the big winner. DM

Photo: President of Sudan, Omar al-Bashir, addresses Parliament in Khartoum, Sudan, 19 October 2015. According to reports Bashir detailed a number of measures to improve the Sudanese economy and proposed a referendum April 2016 in the Darfur region as part of a strategy to promote a sustainable peace in the conflict riven area. EPA/MORWAN ALI