Gone Guptas: ‘We must crush the head of the snake’ – EFF 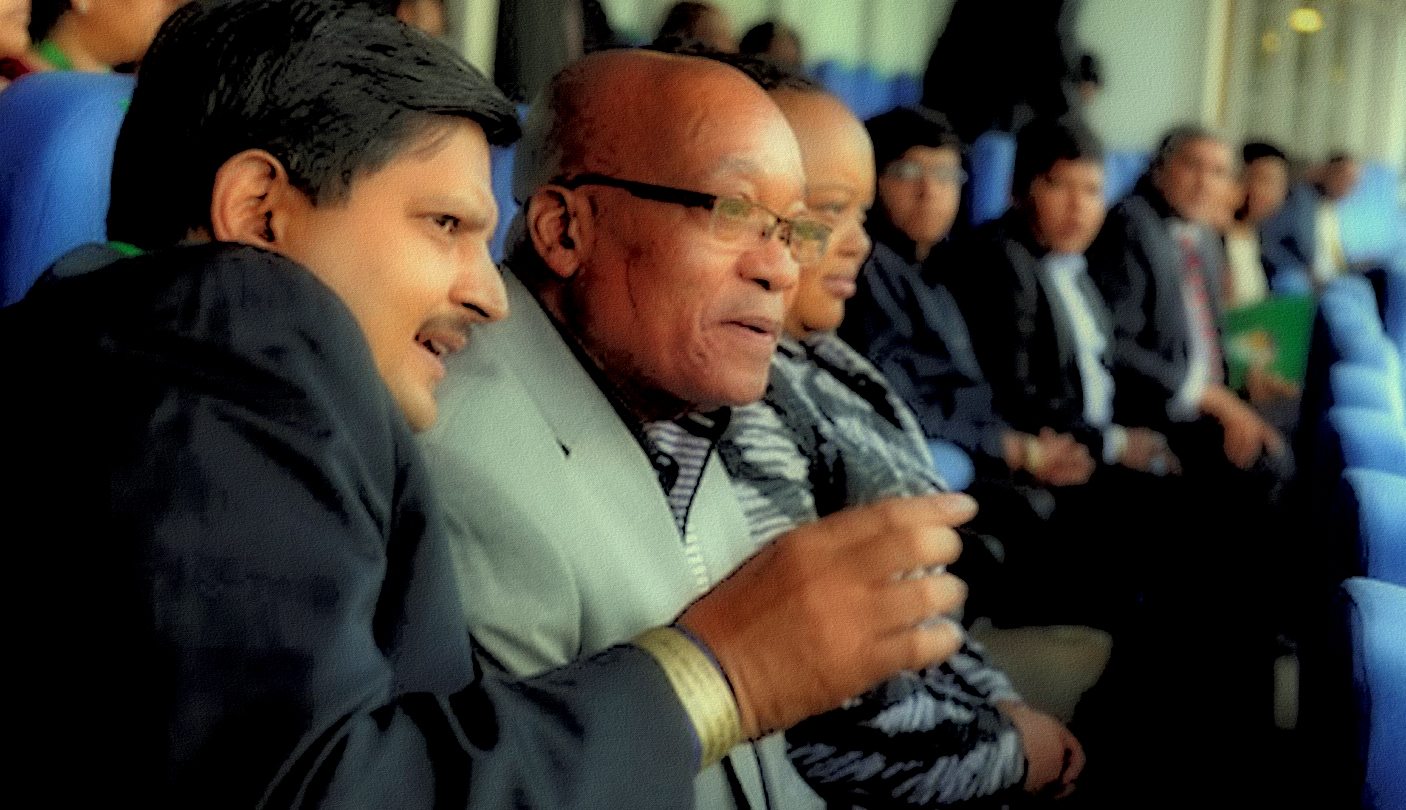 Two months ago, the Economic Freedom Fighters leader Julius Malema focused his radar on the Gupta empire and demanded that the family leave South Africa. Over a week ago, he made the extraordinary allegation that President Jacob Zuma had carried R6-billion out of South Africa to Dubai on behalf of the Guptas. On Sunday it was reported that the Guptas had fled the country to resettle in Dubai after announcing last week that they had resigned all their directorships in their South African companies. While the EFF is claiming victory, they still have one more target in their “Zupta Must Fall” campaign. By RANJENI MUNUSAMY.

In a media briefing at their Braamfontein headquarters on 4 February this year, it seemed rather bizarre that the Economic Freedom Fighters (EFF) were focused on President Jacob Zuma’s relationship with the Gupta family rather than their Nkandla Constitutional Court application and the State of the Nation Address (SONA) the following week. Most journalists had gone to the briefing to hear what the EFF was expected to argue in the Constitutional Court regarding Zuma’s handling of the Public Protector’s report and whether they were planning to interrupt the SONA once again.

EFF leader Julius Malema’s dismissed Zuma’s settlement proposal to pay back the money for nonsecurity upgrades at his home. He said the EFF wanted the Constitutional Court to reaffirm the powers of Public Protector and to pronounce whether Zuma’s failure to implement the remedial action in Thuli Madonsela’s report was in breach of the Constitution and his oath of office.

Malema went on to say that Zuma should start his SONA explaining why he removed Nhlanhla Nene as finance minister and replaced him with Des van Rooyen, a move that cost the country billions. He warned that Zuma would not be able to proceed with the speech until he told the nation his reasons for suddenly removing Nene.

Then Malema launched into a tirade against the Guptas, demanding that they should leave the country. He said the EFF was tired of talking about the family and was ready to take physical action against them. Malema warned journalists working for ANN7 television and The New Age newspaper not to come to EFF events. He said these were not legitimate media companies but the propaganda machinery for the family’s corrupt business empire.

Malema introduced the slogan “Zupta Must Fall!”, which was last month introduced as a house track on YouTube.

It appeared to be a strange strategy for the EFF to train its guns on the Guptas when the Nkandla case was just days away. But what Malema was doing was bridging the “Pay Back The Money” crusade into a new “Zupta Must Fall” campaign. Through the media briefing and then during the SONA debate, Malema threw open the door to an avalanche of allegations about the improper influence of the Gupta family in the affairs of the state.

There had always been suspicions and unconfirmed allegations about the Guptas being involved in the appointment of ministers, which the family vigorously denied. But once Deputy Finance Minister Mcebisi Jonas confirmed that the family had offered to promote him, the allegations could no longer be ignored.

ANC secretary general Gwede Mantashe announced that the ANC would be investigating the allegations and that anybody with information should bring it to his office. The influence of the Guptas was something the ANC had avoided confronting for years as there was no way to deal with the allegations without examining Zuma’s relationship with the family and the role of his son Duduzane in acting as a go-between between the family and government officials.

The ANC’s admission that “state capture” was a problem that needed to be investigated by its top six officials and the national working committee came after widespread outrage following Jonas’s statement and pressure from the South African Communist Party.

But it was the EFF that blew open the matter and put it at the top of the national agenda.

When the ANC looks back on this matter, they will realise that it was not even a case of the tail wagging the dog but that another dog entirely had forced it to wag.

It is clear that the EFF was not firing randomly in the dark about the Guptas. They had information from inside the state and the ANC about what was happening and used this strategically. EFF leaders have made a number of allegations about the Guptas manipulating their political connections for financial benefit, including through the columns of the party’s deputy leader Floyd Shivambu in Daily Maverick. The EFF has dared the Guptas to sue them but no legal action has been taken on the basis of the allegations.

Malema’s claim that Zuma had transported R6-billion to Dubai on behalf of the Guptas appeared to be an improbable allegation:

“Zuma goes to Dubai on some unexplained trip. Why did Zuma go to Dubai? Because when Zuma travels, he doesn’t get searched by customs. He left with bags of money to be dumped in Dubai. That is where they are dumping our money with the Guptas,” Malema said at a media briefing after the Constitutional Court judgment on Nkandla.

This was denied by the presidency but no legal action has as yet been instituted against Malema.

It appeared a little strange that Malema was introducing these allegations on a day when he should have been boasting about their victory in court. It was after all the EFF that had kept the pressure on Zuma on the Nkandla issue and eventually took the matter to the Constitutional Court when the president refused to budge on paying back the money.

But Malema is never predictable and was clearly privy to information he could not sit on. He also knows how to rattle the ANC, having been in the belly of the beast.

The Gupta empire is now unravelling, with the banks and financial institutions cutting ties with their businesses. Their political connections, even in the highest office, are unable to intervene on behalf of their businesses after the Big Four banks refused to be associated with them.

City Press reported on Sunday that two of the Gupta brothers flew out of Lanseria Airport late on Thursday night on their private jet with a mountain of luggage. The flight was bound for Dubai. The family had previously claimed they would never leave South Africa as they were citizens and committed to living and doing business here.

It is not clear if they will now dump all their business interests in the country or continue to remain shareholders. It is also unclear what happens to Duduzane Zuma now that he has resigned his directorships.

The departure of the Guptas will unhinge the faction in the ANC that has lived off the family and tried to influence business and politics in the country using the family’s substantial resources. The president is also in a precarious position, facing a barrage of calls for him to step down, with his friends leaving him to face the music without their support.

The EFF, while celebrating the success of their campaign against the Guptas, say they are not done yet. Spokesperson Mbuyiseni Ndlozi said on Sunday night that the departure of the Guptas was a “decisive victory” for the EFF.

On Sunday night, Malema tweeted: “We received unconfirmed reports that Zuma wants to leave the country and seek asylum in Dubai because he doesn’t feel safe in his country!”

It appears to be another rather far-fetched notion that Zuma would want to flee South Africa. It would make more sense for Zuma to want to negotiate an exit package that includes immunity from prosecution, rather than chasing after the Guptas.

But the politics of South Africa has shown in recent years that logic and reasonableness very rarely dictate people’s behaviour. Experience has also taught us never to underestimate the shrewdness of one Julius S Malema. DM

‘Nothing to hide here’: Inside the world’s largest arms fair in the heart of London