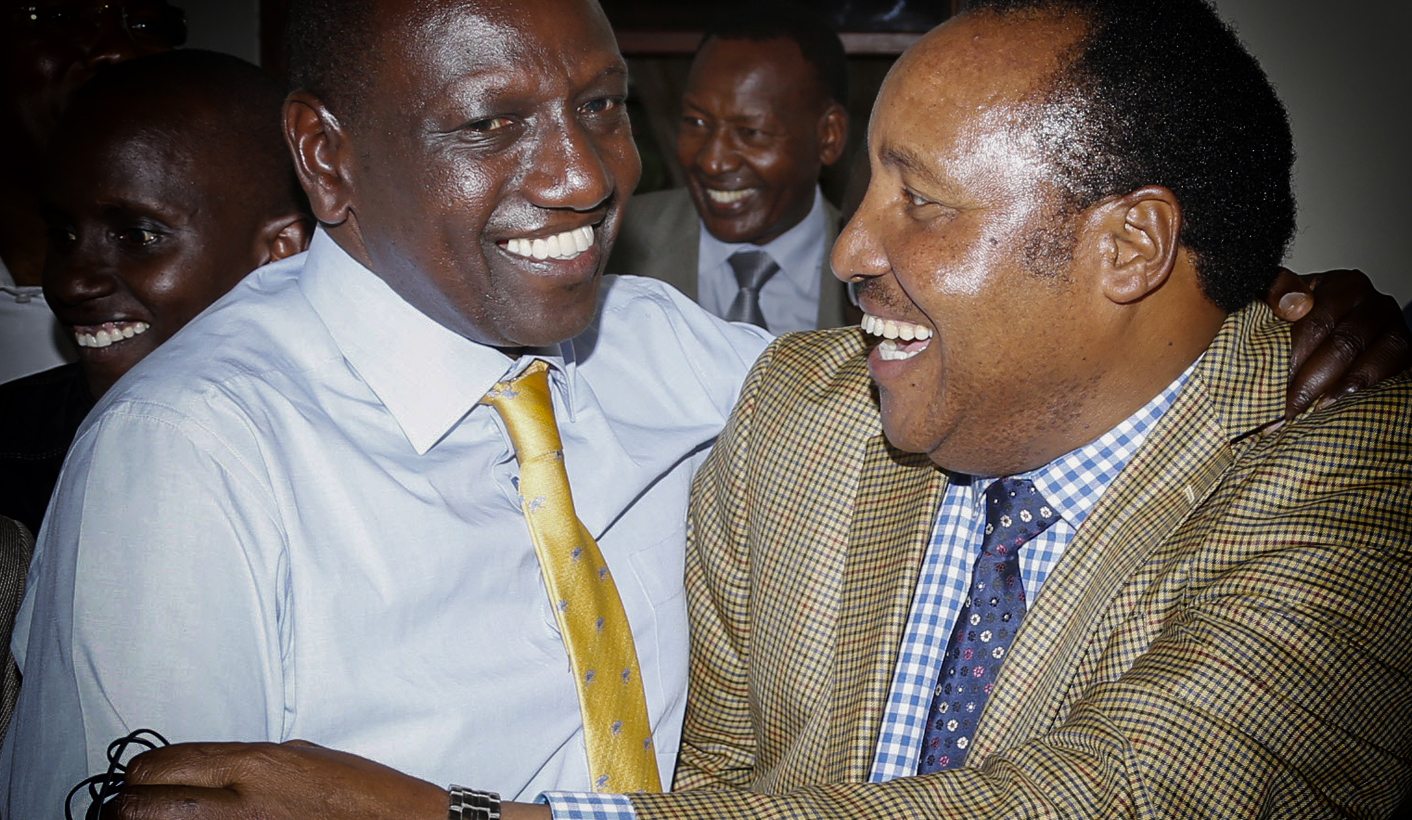 After a long legal fight, both Kenyan President Uhuru Kenyatta and his deputy William Ruto are now free from the attentions of The Hague. While Kenya’s ruling elite have welcomed the decision to drop charges, the victims of the country’s devastating post-election violence have a rather different response. By NJERI KIMANI.

On Tuesday, the International Criminal Court (ICC) dismissed charges against Kenyan Deputy President William Ruto, as well as co-accused Joshua Arap Sang, bringing to an end an extended legal saga that reverberated around the world.

Cases against the rest of the so-called “Ocampo Six” of high-profile Kenyan figures, which included President Uhuru Kenyatta, were previously dismissed. All the charges were in relation to serious crimes committed during Kenya’s devastating post-election violence of 2007/2008, in which more at least 1,400 people were killed and 600,000 displaced.

For Kenyans, the decision was greeted with mixed emotions.

Top politicians welcomed the decision, with President Uhuru Kenyatta the first to congratulate his deputy.

“Earlier today, Trial Chamber V (a) of the International Criminal Court acquitted my deputy president, Honourable William Ruto, and Mr Joshua arap Sang. I welcome the aforementioned decision, which reaffirms my strong conviction from the beginning about the innocence of my deputy president. From the start of this case, I have believed that this case was ill-conceived and never grounded on the proper examination of our experience of 2007/2008 as a nation,” said Kenyatta in a press statement.

The president said that the vindication “brings to a close what has been a nightmare for my nation”.

“Kenya has come a long way since the dark days of 2008. We have made peace. We have given ourselves a new constitution and a new political order. We have resettled and compensated many victims, and continue to respond to the outcomes of that unfortunate period of our history,” he added.

For some sections of society, the ICC decision is too little, too late – and they want compensation.

Goerge Mkombozi, a youth leader in Nakuru, pointed out that Kenyans had lost a lot of time and peace of mind because of the frequent “intimidation” by the court. “Our leaders were victimised and minimised to slaves as they were ordered in and out of the courts. We are glad that they now stand vindicated. However, we need the ICC to compensate us, both in cash and in kind for the trauma experienced in their judgment,” he said.

Veteran politician and civil rights activist Koigi wa Wamwere congratulated the deputy president, but challenged the government to ensure that all those who had been internally displaced by the fighting were resettled or taken back to their homes.

“President Uhuru Kenyatta and his DP William Ruto, should know that while they celebrate the ruling, the victims who have not been compensated, have nothing to celebrate,” he said in a radio interview.

Perhaps the most important reactions came from the victims themselves.

Ann Njambi, who was in Kericho when the violence occurred, was forced to flee from her home and lost her eldest son after he was attacked by a Kalenjin youth militia.

She was forced to flee and relocate to Kiambu.

“Someone should have paid for the death of my son. No one has been accountable, yet we know who the planners and the organisers were. People were financed by powerful people in government to kill innocent souls. We thought we would get justice through this court but then it has been evasive,” she told Daily Maverick.

Antony Njoroge, a victim from Kakamega, accused Kenya and the African Union of intimidating and bullying their way out of the ICC.

“They made them fear the repercussion of meting out the right punishment, forcing us as Kenyans to accept a ruling that was half baked,” he said.

Joseph Owour believed tampering of witnesses was to blame for the collapse of the cases against Kenyatta and Ruto. “Many people were intimidated and even killed and hence could not testify in court against the two,” he said.

Mary Waceke (not her real name), from Mai Mahiu, whose son was killed as he was believed to be a witness for the court, said they were still waiting for “justice from God”.

“His body, alongside four others, was found dumped at Kinale forest. They were badly burnt and had acid poured on them and hence recognising them was one of the hardest tasks I could ever undertake,” she said.

Michael Wafula called for a nationwide peace and reconciliation process, citing that the country was yet to heal from the scars of the violence.

“What we have is plastic love. People believe that they moved on, forgave each other and embraced each other. However, deep down, the hatred and bile is still there. Kenyans have never forgiven each other, it’s only a matter of time before this is evident again.” DM

Photo: A handout photograph provided by the Office of The Deputy President shows Kenya’s Deputy President William Ruto (L) celebrating with his colleague shortly after the International Criminal Court (ICC) declared his case a mistrial, at his home in Nairobi, Kenya, 05 April 2016. Ruto and his co-accused, a radio presenter Joshua arap Sang, were charged with crimes against humanity in connection with the post-election violence in 2007-08 that killed more than 1,000 people. Kenya’s President Uhuru Kenyatta welcomed the court’s ruling. EPA/CHARLES KIMANI